a team of designers at HomeAdvisor have decided to give some of the simpsons most iconic locations a wes anderson-style makeover. the spaces, which have remained the same for the past thirty years, have been redesigned with color and symmetry in mind with the aim to ‘inspire homeowners by introducing new ways of thinking about the spaces in their homes.’ from the simpson’s family room to mr. burn’s office, let’s take a look at what these spaces would look like. 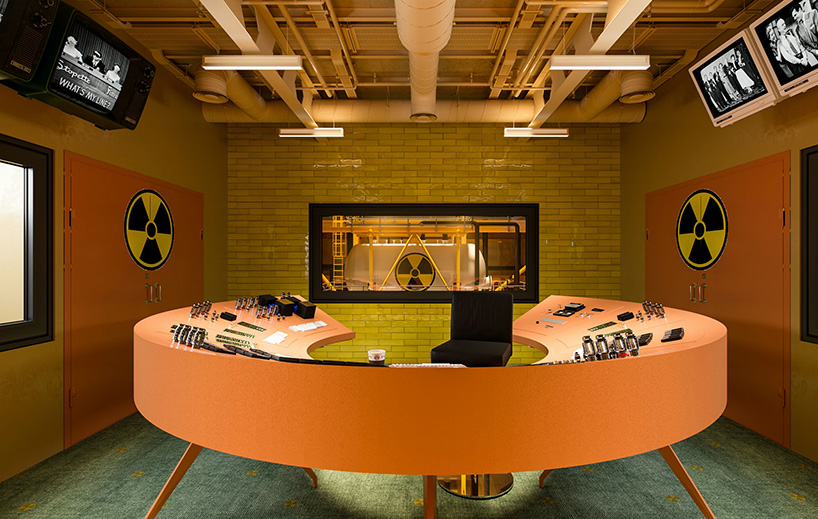 located on 742 evergreen terrace in springfield, homer and marge’s home has remained unchanged through the decades. for this wes anderson revamp, the team at HomeAdvisor began with their living room, where they swapped the famous boat on the simpson’s wall for a common montague dawson reproduction while the gaps have been filled with more art, recalling the kitsch tenenbaum house. a new leather sofa, together with vintage lamps and light fittings add to the antiquated look. 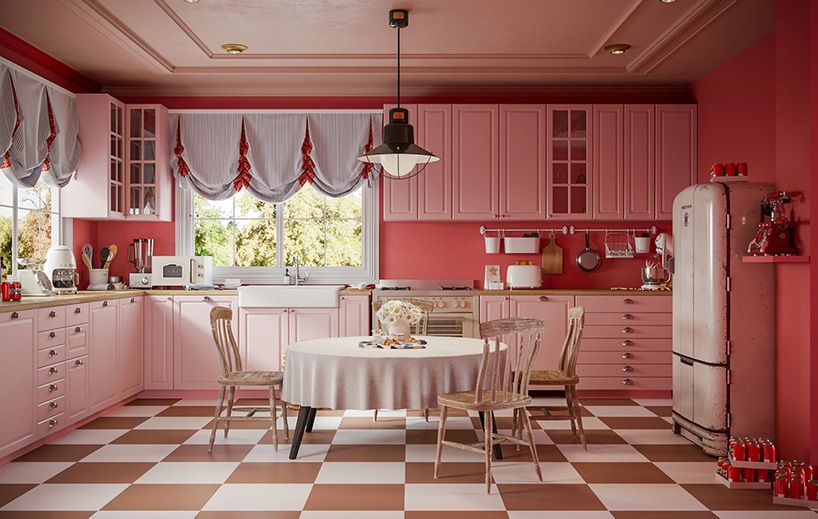 for the springfield nuclear power plant sector 7-G, the life aquatic was the inspiration, featuring a look similar to that found on steve zissou’s boat, the belafonte. bold colors, symmetry and a radiation-themed carpet inspired by the weave in jeff goldbulm’s office in the grand hotel budapest complete the interior design. 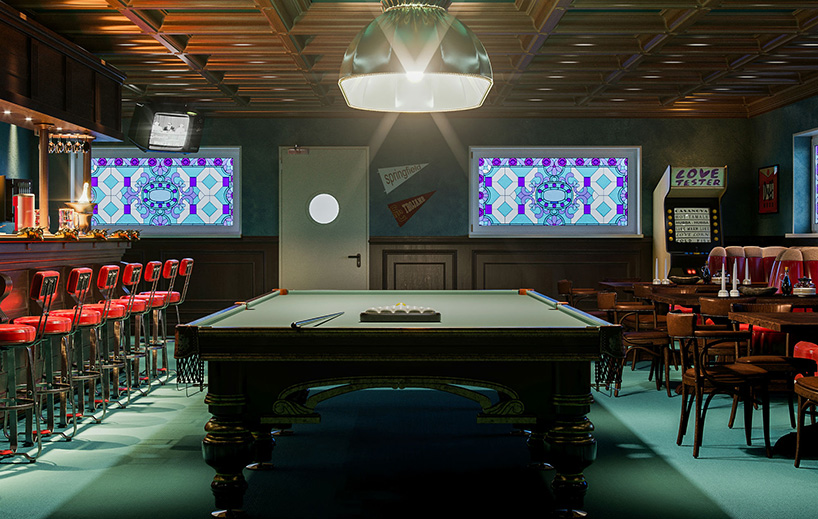 previously featuring an ample combination of colors, the simpson’s kitchen has been rendered in pink to give it a more anderson-style, reminiscent of the grand hotel budapest. ‘reducing the number of colors in play instantly makes ‘random’ details like the vintage telephone look intentional and stylish,’ comment the designers. ‘we’ve also made a feature of the hanging utensils. hit the thrift store (again) to find a quirky (and random) saucepan, breadboard, and wooden spoon, and you have the start of your own andersonian art exhibition – as long as you hang them neatly.’ 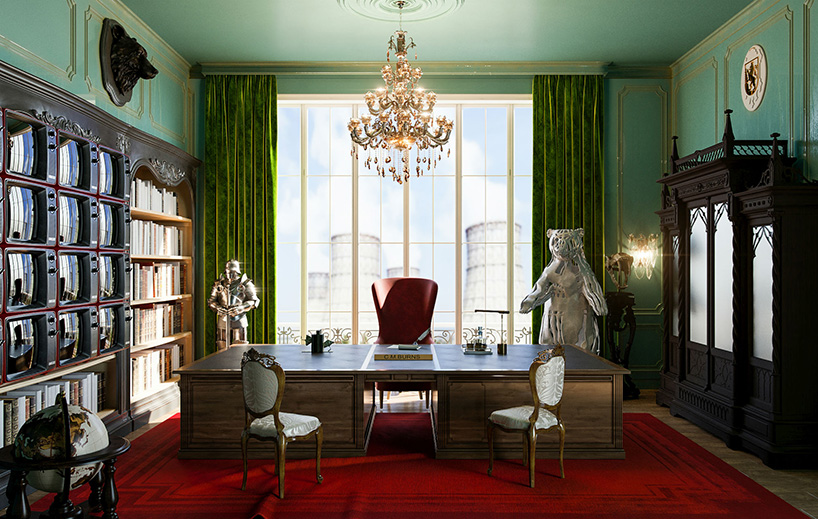 for lisa’s room, the team decided to upgrade it with another tenenbaums-tinged pink paired with a wallpaper. ‘a wealth of clashing textures and patterns provides lisa the constant stream of inspiration she requires.’ moe’s tavern has been inspired by the imperial glory of the daarjeling limited while mr. burns office has many anderson-cues: the scale, the symmetry, the green and the stuffed polar bear.

interested in seeing more the simpson house renovation projects? here’s what the simpsons house would look like if homer + marge hired an interior designer. 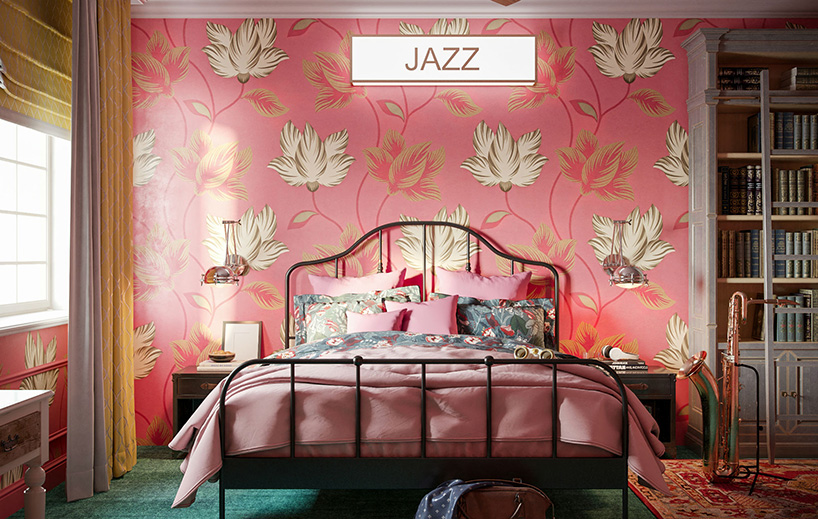 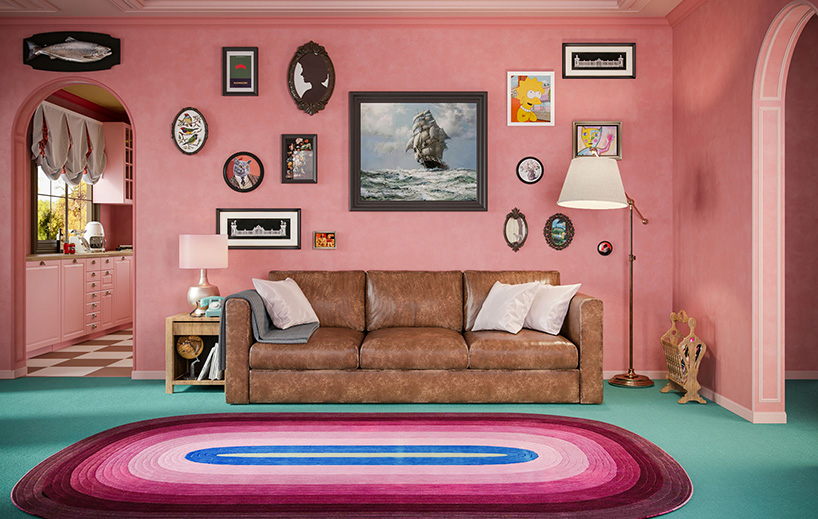 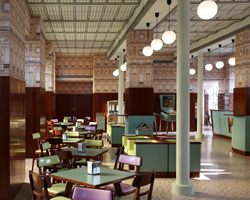 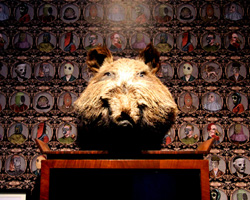