thomas heatherwick‘s ‘extrusions’ benches represents the world’s first single component metal bench extruded by machine. each furniture – mirror polished aluminium made without fixtures or fittings – has been produced by the world’s largest extrusion machine. while still a postgraduate student at the royal college of art in 1993, UK designer thomas heatherwick had the idea of making a piece of furniture from a single material with all components extruded in one piece. the initial experiments form the basis for his first series of limited editions of ‘extrusions’, that were launched at london’s ‘haunch of venison‘ show in september 2009.

the L-shaped bench of heatherwick is made by a factory in asia that usually makes aluminium products for the aerospace industry. the five prototype benches of the ‘extrusions’ series are made from the same section incorporating the legs, back and seat. the extrusions have been sliced to create pristine sections. the only limit to the length of bench was transportation – the factory itself is 250m long and in theory a piece of that length could be made.

‘we could seat 700 people on one piece of metal,’ explained heatherwick. heatherwick studio has plans for 2010 to create a sculpture of 100m of the same section. 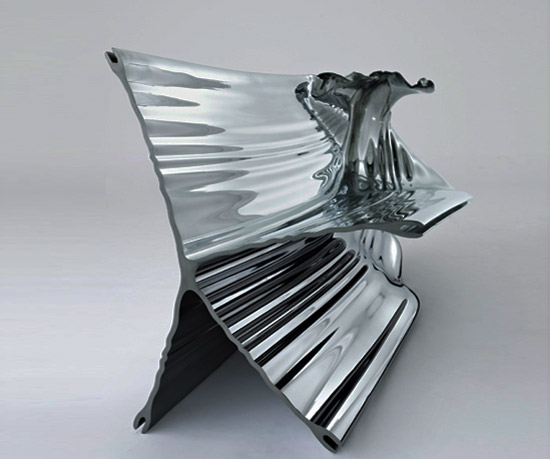 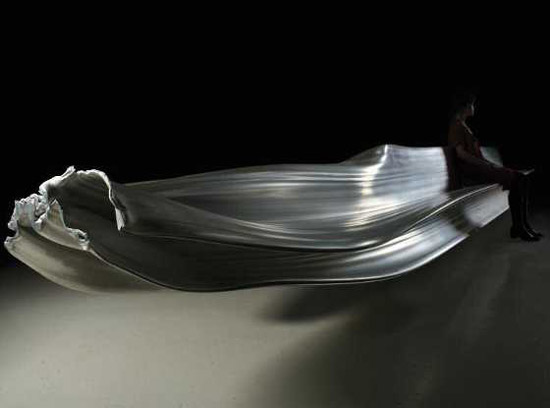 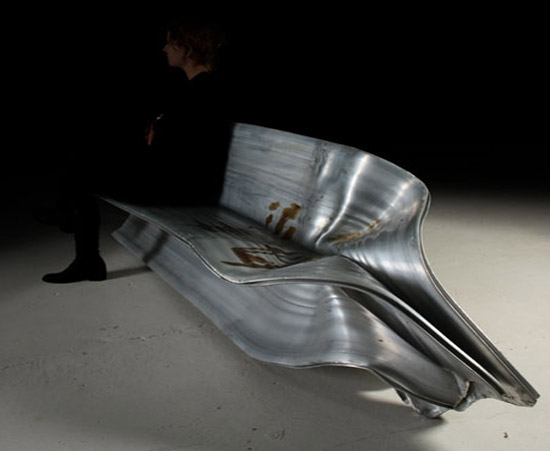