armed with 36 2-megapixel mobile phone camera modules, the camera contains an accelerometer that lets the exposure be trigged at the calculated climax of flight, when it is hardly moving. the taking of a single photograph at the same moment by multiple cameras prevents the ghosting effects that occur when creating a panorama by taking and stitching sequential images, as well as the difficulties of recording a complete 360-degree view when using a tripod mount.

the sphere of the camera itself is printed on a 3D printer. its functionining is controlled via ATtiny and AVR microcontrollers, with the governing program written in C, C++, QT, and openCV. images are downloadable from the device via USB. 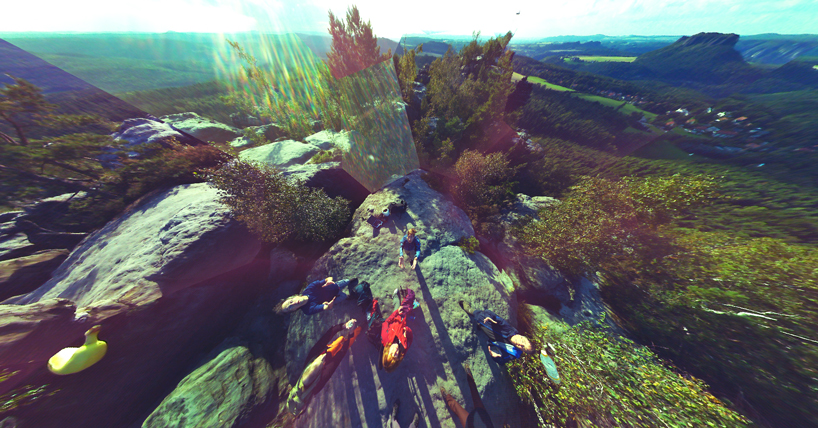 test photograph taken with the device

overview and demo images of the ‘ball camera’