earlier we published an article on tiago barros + jorge pereira’s high-speed car ramp which received an honourable mention in the fundacao galp energia and experimentadesign competition for a new cycling bridge in lisbon.

the duo along with team: ines valente, rob foote III, yoon-young hur, natalie bazile and joao paulo fernandes, has also designed cross-wind bridge which is meant to promote the notion of a multipurpose envelope, engineered to capture the wind power from a network of 2,188 light-weight rotating panels. the idea is that drivers who pass under the bridge, will contribute to its ecosystem, increasing the wind velocity by up to 20%, optimizing the rotation of the panels. an induction power system exchanges wind energy through an electromagnetic band located on each panel. the result of this is a power source which is used to illuminate the bridge by night, which then acts as a responsive ‘urban chandelier’, visualizing the productive elements that produce its inner light. 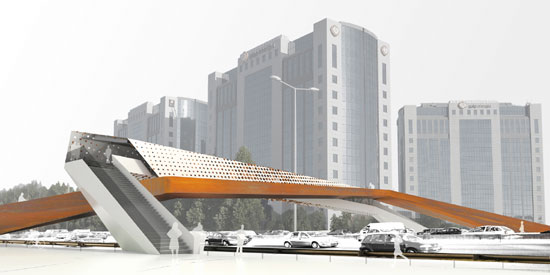 the cross-wind bridge runs 40m in a southwest / northwest direction over the segunda circular highway in lisbon. its paths oblique angles are positioned to optimize predominant wind directions while providing a tunnel for pedestrians and bikers, reconnecting and making accessible the remaining paths of maria droste vila split by the highway and engulfed by telheiral’s residential park. in this context, the bridge will play a formative role in magnetizing sustainable development and turning rural fragments into areas of public green space.

the northwest pedestrian stairs are aligned with an existent boulevard from the maria droste vila and deploys to the future roundabout, located on the southwest, just next to galp energia headquarters. the cycling arm of the cross-wind bridge is structurally balanced above and below the pedestrian bridge. it forms a 2 foot shape, suggesting the motif of an energetic bike path that links monsanto in the southwest side of the city with campo-grande in the northeast side of the city.

35% of the punctured membrane forming the bridge cladding is made of recycled steel from the auto industry. the structure is based on truss system, reinforced at the edges and balanced by concrete stairs and footings. 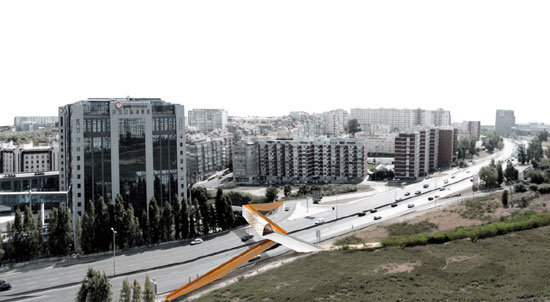 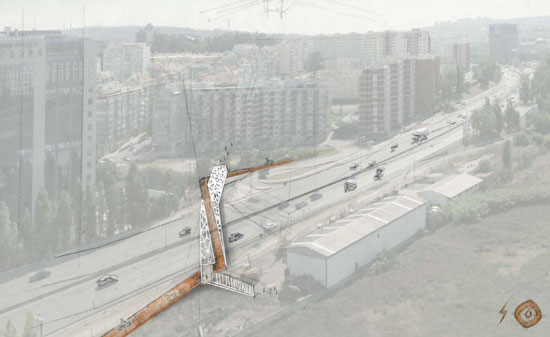 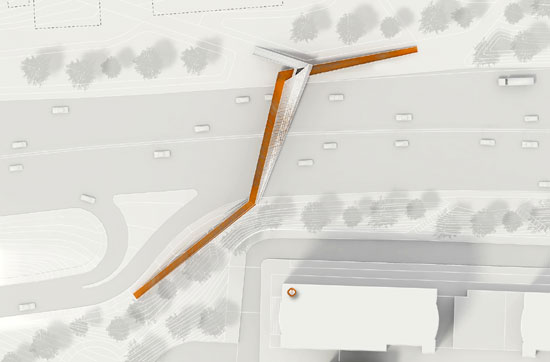 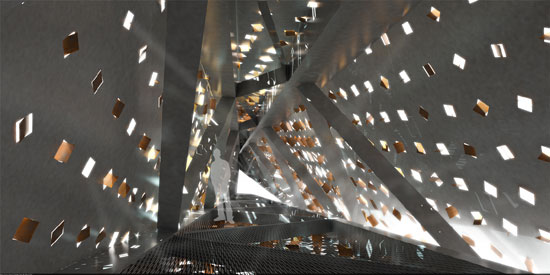 the wind power is used to illuminate the bridge by night 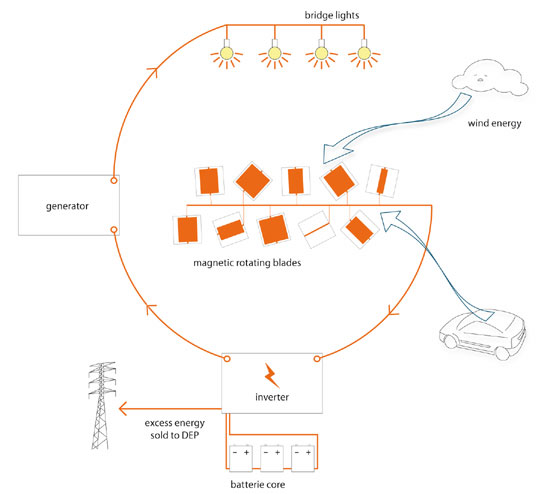 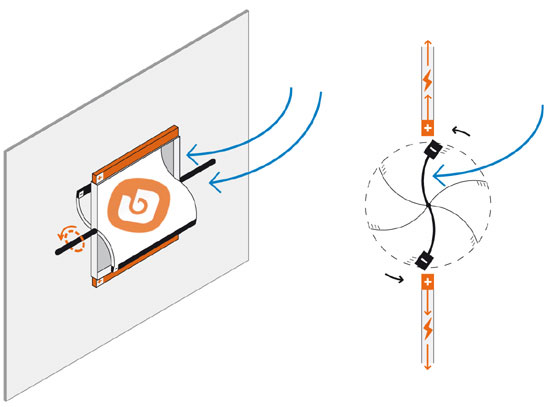 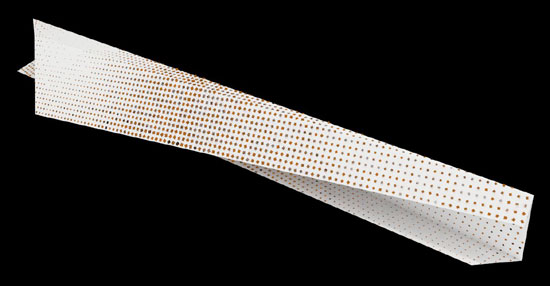 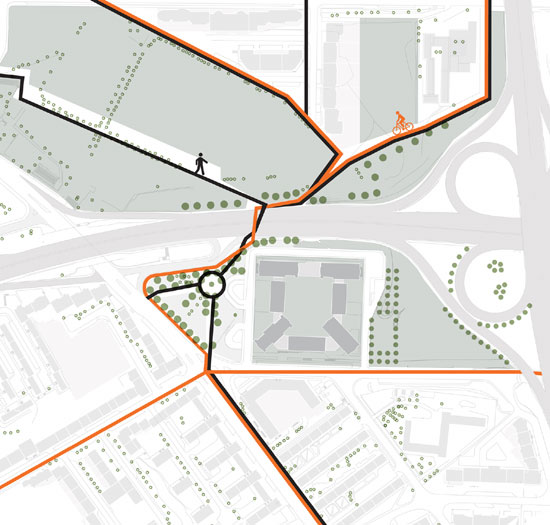 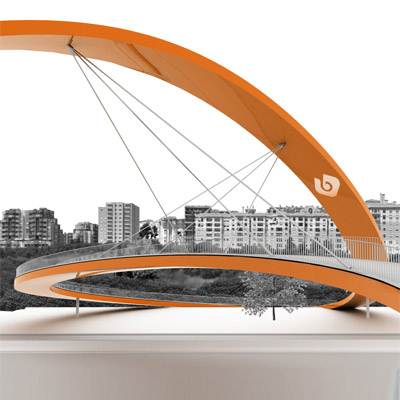