a fleet of intel shooting star drones helped create a magazine cover for TIME as part of its june special issue dedicated to the topic of unmanned aerial vehicles. the intel team worked closely with the magazine to replicate its iconic masthead and red border with nearly 1,000 flying objects, which took shape in the sky above folsom, california early last month.

exactly 958 intel shooting star drones were programed to the precise shade of red that TIME magazine uses.  together with astraeus aerial cinema systems and L.A. drones, the team carefully mapped the placement of the vehicles on the computer before sending them into flight in the night sky. holding a camera in the air at just the right angle, the result was one of the biggest drone shows ever produced in united states. the cover celebrates the magazines special report on ‘the drone age’, which highlights the monumental impact and influence of the technology in recent years. 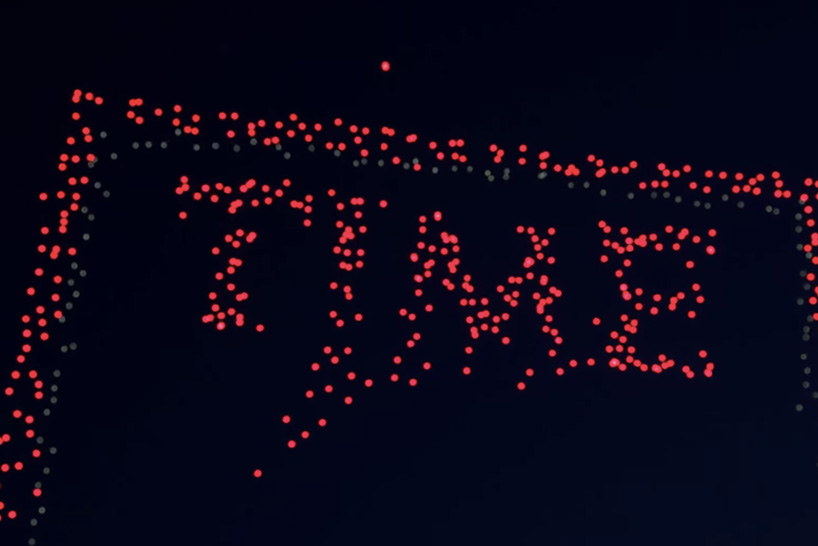 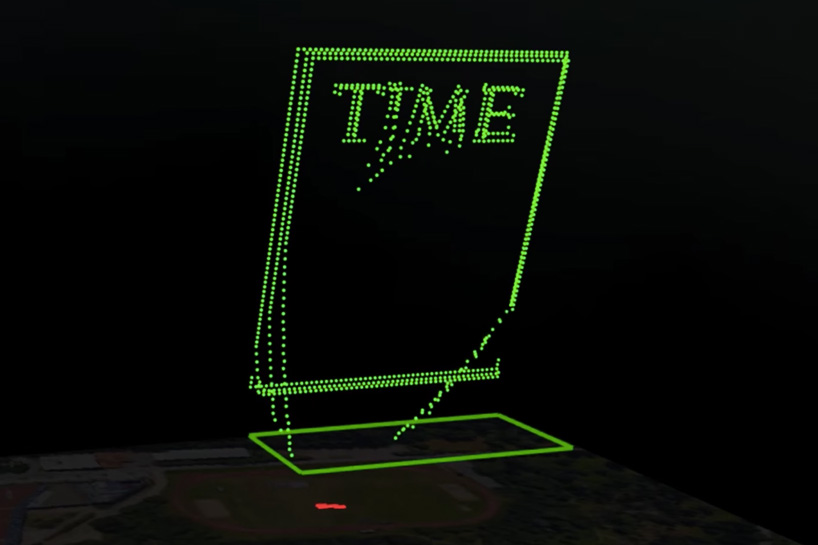