to celebrate this year’s NIKE AIR MAX DAY (march 26, 2015) NIKE have lifted the lid on a previously unknown AIR MAX shoe designed by tinker hatfield, the NIKE AIR MAX ZERO. the ZERO was designed 30 years ago, and while it wasn’t destined to become the first shoe with visible air in the sole, without it, the NIKE AIR MAX 1 would not exist.

NIKE legend has it that back in 1985 tinker hatfield (NIKE’s vice president for design and special projects) was so inspired by the inside-out nature of the pompidou center in paris that he set about integrating a visible window into the sole of NIKE’s running shoes so that people could grasp the fact the soles were filled with air.

but the NIKE AIR MAX 1 wasn’t designed in one shot. instead, it was the result of several design iterations, one of the earliest being the concept of the AIR MAX ZERO. the AIR MAX ZERO had been nothing more than a sketch until recently, when the NIKE sportswear team discovered it and decided that they wanted to bring it to life as part of the AIR MAX DAY celebrations in 2015.

the AIR MAX ZERO has a form-fitting upper, with a tip-less vamp, an idea borrowed from the 1985 NIKE SOCK RACER. the sketch by tinker also shows an external heel strap that lacked a heel counter, a design concept that remained unseen until the NIKE AIR HUARACHE release in 1991.

the shoe was considered too forward thinking for the market at the time and so tinker evolved the design into the classic AIR MAX 1 design that’s gone on to become a NIKE icon. designboom spoke to tinker to learn more about  ‘the one before the 1’.

designboom: please could you tell us more about the process of designing the AIR MAX ZERO and some of its key design features?

tinker hatfield: back at the time [1985] I wasn’t working from a brief per se, I was just asked to think outside the box and try to come up with something innovative that would have an impact on the market. the idea was to create a visible air window in the midsole that would allow people to see the air in the sole. with the upper I had the thinking that it could be more form fitting and neater than others shoes were in those days. 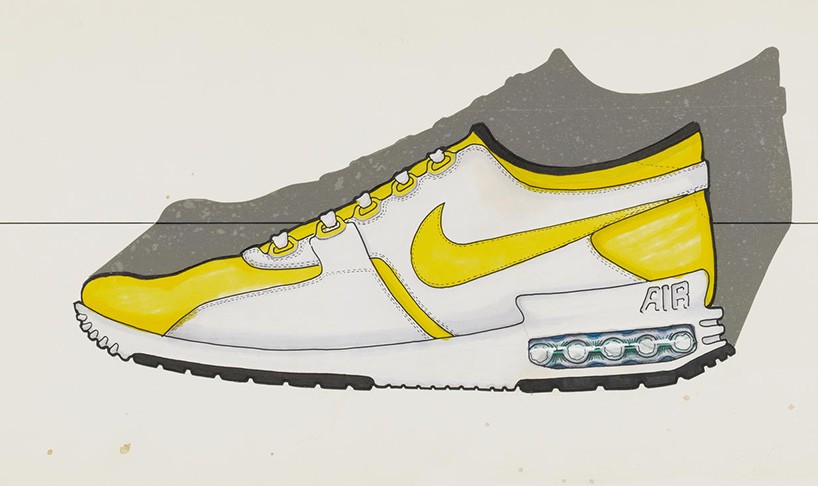 the one before the 1: tinker hatfield’s original sketch of the AIR MAX ZERO

DB: why wasn’t the shoe developed further in 1980s?

TH: my recollection is that the shoe was received favourably by mark parker and the rest of our team to begin with. but at a certain point during the design process we asked ourselves ‘how many new things can you introduce to the market in one shoe?’ so what followed was a refinement process where we backed off a bit and decided to be less radical with the upper and focus on the midsole with the visible air window – which, would become the AIR MAX 1. 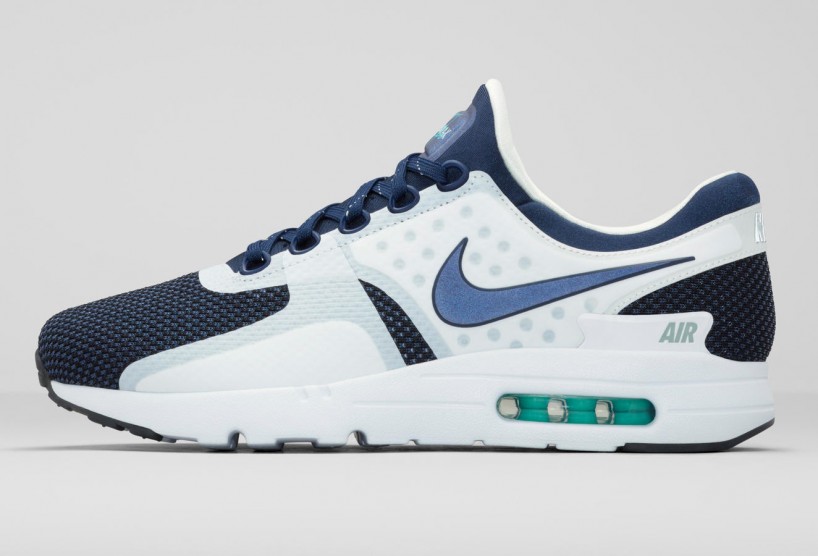 side view of the new AIR MAX ZERO

TH: well, even though the AIR MAX 1 had a more conventional upper we put a lot of energy into finding the best news materials for it so that the shoe still felt very modern and fresh in that respect when it launched. the red band that runs around the base of the upper, above the midsole was also something new for the market – it really helped frame the midsole and gave the shoe a lot of personality. 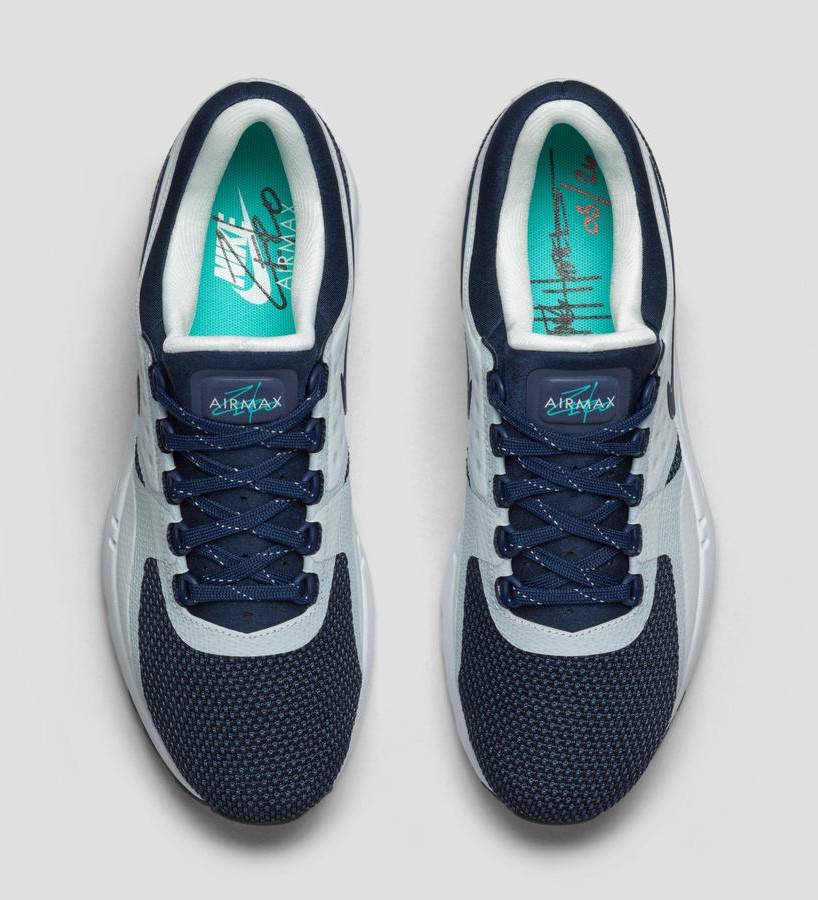 DB: how did the decision to release the AIR MAX ZERO come about?

TH: the NIKE sportswear design team here discovered the AIR MAX ZERO sketch that I did and asked around as to see exactly what shoe it was and so I told them the story. after hearing about it they decided it deserved to be made. 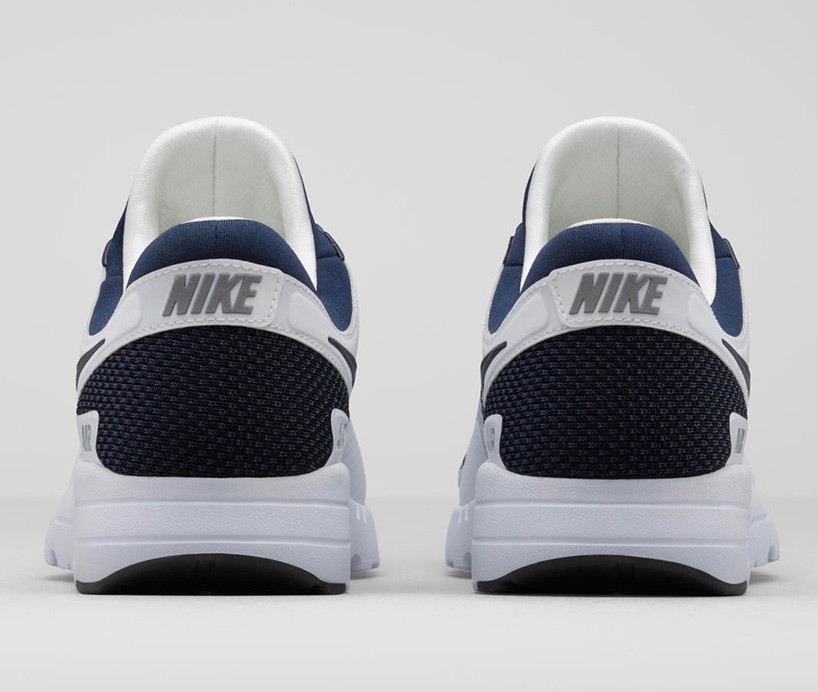 DB: how involved in the realisation of the AIR MAX ZERO were you?

TH: I gave regular input to graeme mcmillan and the guys that worked on new shoe. they were inspired by the sketch but also took it to the next level by integrating modern materials and the knowledge we have today on sports performance. it’s a great looking shoe, very modern – it actually has a bit of a huarache nature to it if you look at the two! 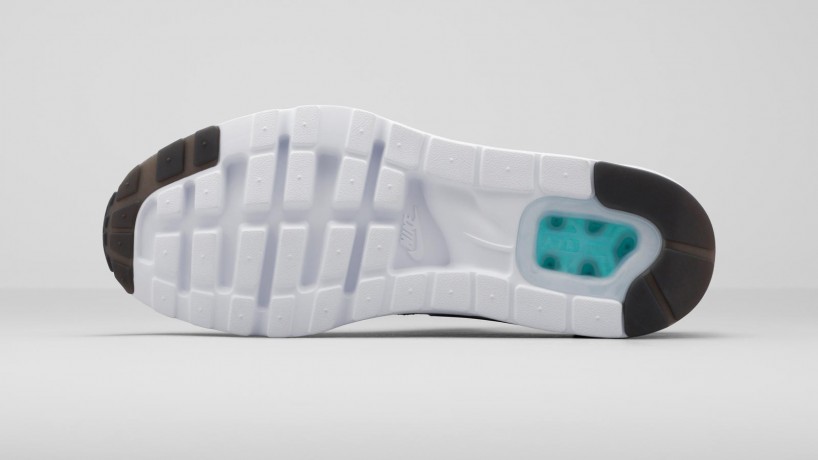 DB: what qualities do you see in the AIR MAX ZERO that make it a relevant design for today?

TH: it takes a lot of talent to reinterpret the past and make it relevant for today or for the future and I think graeme and the team have done a magnificent job in creating a shoe that’s respectful of the original concept but very much a shoe for today. they’ve shown a real sensibility to the design that I sketched but the material choices and construction of the shoe demonstrate things that would never have been possible 30 years ago. if you gave me the project, I would have chosen materials very similar to what the team has done here. 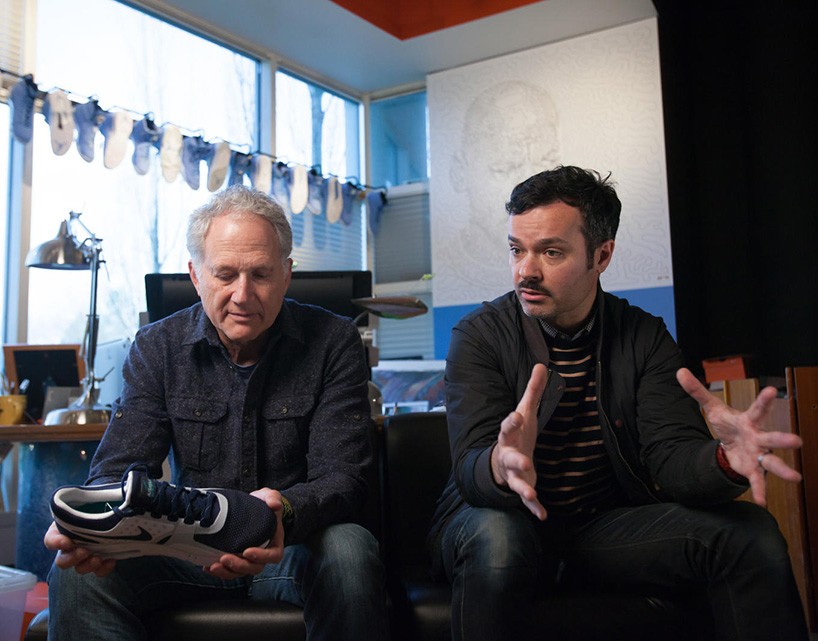 ‘the sketch was something that was never fully realized. we thought it would be great if we could share this with the world and shed some light on the development of the franchise. there is a responsibility to do the design justice in a way that is faithful to the design intent, but also to add another element of innovation to it by building the shoe in a way we couldn’t have back in 1987 when the AIR MAX 1 was released.’ – graeme mcmillan —
read our interviews with NIKE designers:

Oct 20, 2021
power your home with joe doucet's wind turbine wall
the wind turbine hall by joe doucet is a kinetic wall made up of an array of rotary blades that spin individually, driving a mini generator that creates electricity.
design
+6.5K shares
connections: +140