carbon frame bicycles have long been renowned for their light weight and strength, but their production process is expensive, requiring advanced machinery. by contrast, ‘carbon bike’ uses strands of carbon and recycled bicycle parts to create a functional bicycle with all the benefits of a carbon frame.

the bike parts, entirely secondhand, are first mounted in a jig. instead of a traditional bicycle frame, carbon fibers are drenched in epoxy resin, then spun and twisted into strands that are stretched and wound between pieces, and finally left to dry. the density of carbon in a given section of the bike is dependent on the needs and properties of that part: more carbon is necessary in sections that experience compression, and less is needed where there is tension. 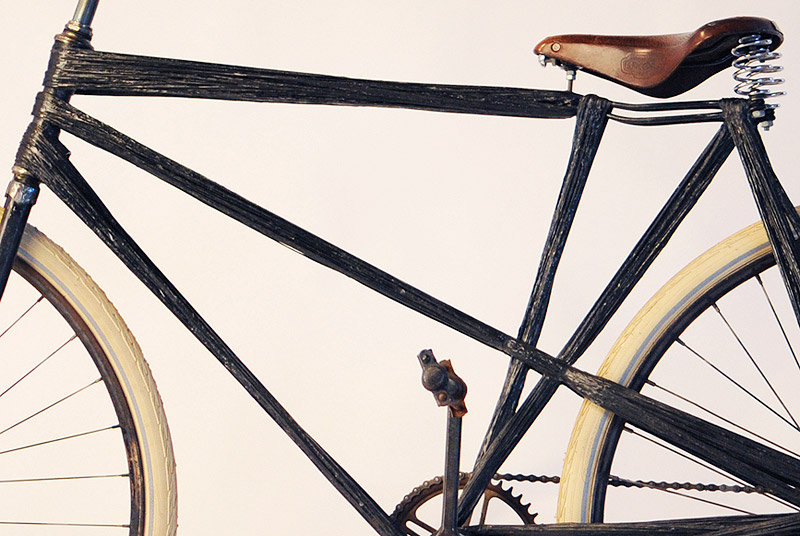 detail of the resin-coated carbon strands

in contrast to conventional carbon production processes, the technique is low-tech, intuitive, and hands-on. different models of the bicycle are currently in production, including a city racer and a traditional dutch cargo bike, historically used for transporting bread. the original ‘carbon bike’ is also currently in the traveling dutch design exhibition ‘connecting concepts.’ 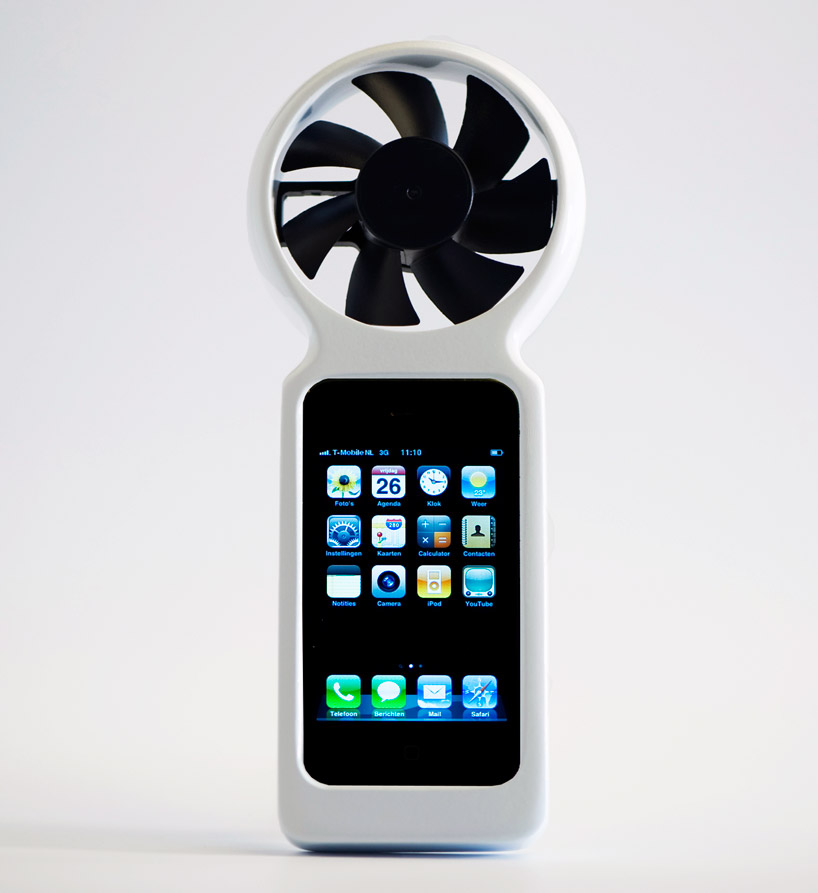 the ‘iFan’ prototype represents another original approach to technological production, allowing an iphone to be charged exclusively on wind power. the hardware consists of a custom rubber case to which a modified computer fan is attached; it currently takes six hours to charge the battery to completion. 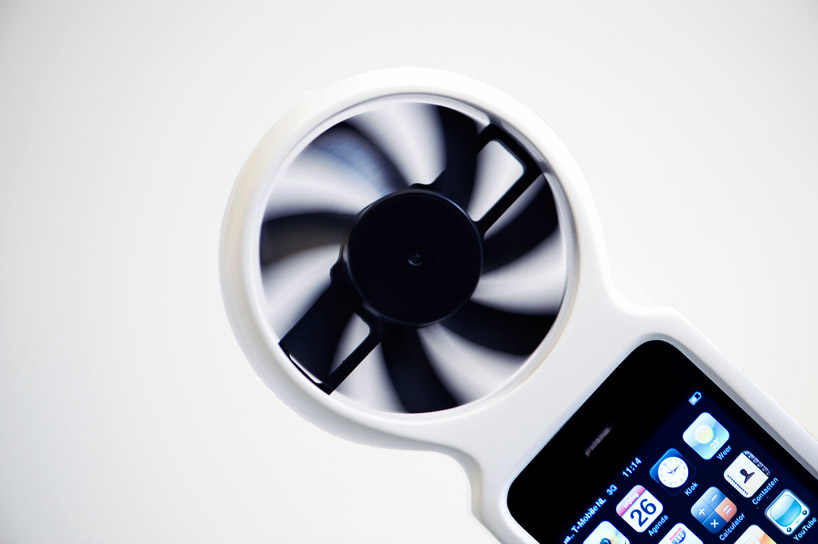 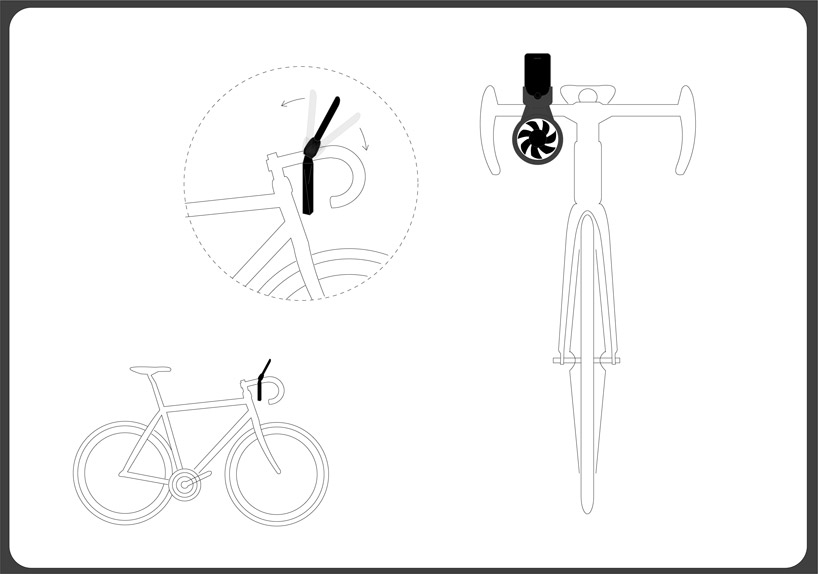 veenhoven has also designed an ‘iFan’ mount to respond specifically to the needs of tour bicyclists, who use iphones for navigation but dislike the extra weight of conventional battery chargers. not yet in production, the adapter will provide easy visibility of the iphone display, while situating the fan to both minimize additional wind resistance and capture maximum wind energy. 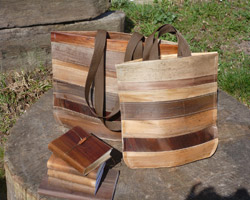 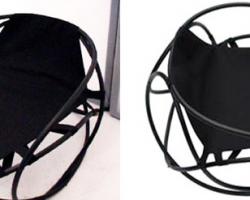