tobie hatfield works in NIKE’s innovation kitchen, dedicating himself towards translating athlete insights into advanced product innovations. he is the designer behind michael johnson’s iconic gold spikes, NIKE PRESTO and the groundbreaking NIKE FREE line, which this year celebrates its tenth anniversary. he told designboom more about his unexpected journey to becoming an influential shoe designer, where he finds inspiration and the value of a balanced lifestyle.

designboom (DB): what made you want to be a designer?
tobie hatfield (TH): I never wanted to be a designer growing up. I’ve always had a curious, creative side to me but I never pursued it like my brother tinker did, he was always designing and studied architecture before working at NIKE. my dad was a track and field coach and I was an athlete at school and college, and because of that I’ve always been interested in how the body moves. at college I studied anatomy and physiology, which has turned out to be a blessing. in a way, design eventually found me, rather me finding it. DB: how did you come to be a designer at NIKE?
TH: I was a pole vaulter, as was my brother and bill bowerman (founder of NIKE) was his coach at the university of oregon. at that time I was in high school, but bill made me my first pair of custom track shoes. to do this he took X-rays of my feet so he knew where to best place the spikes. this was my first brush with the NIKE model of the designer working very closely with the athlete to improve their equipment and performance, albeit as an athlete, but seeing bill work like that first-hand left a strong impression on me.

after college I continued with my pole vaulting career for a couple of years but several injuries later I decided to move into coaching. I joined NIKE in 1990, and began working with materials initially, then shoe development, then engineering and after several years I got involved with design. the first notable project I worked on was the gold track shoe worn by michael johnson at the 1996 atlanta olympics, in which he won two gold medals in the 200 and 400 sprints – that got my shoe design career off to a great start!

tales from the kitchen – NIKE FREE 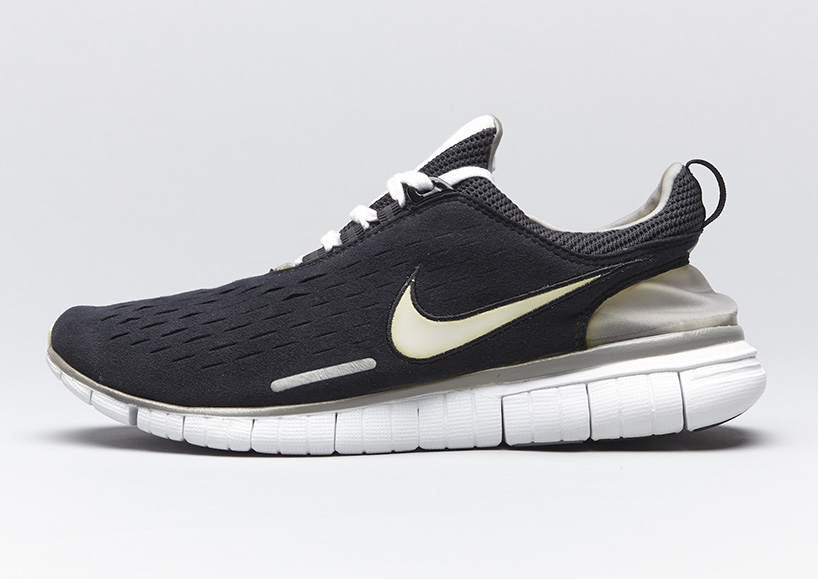 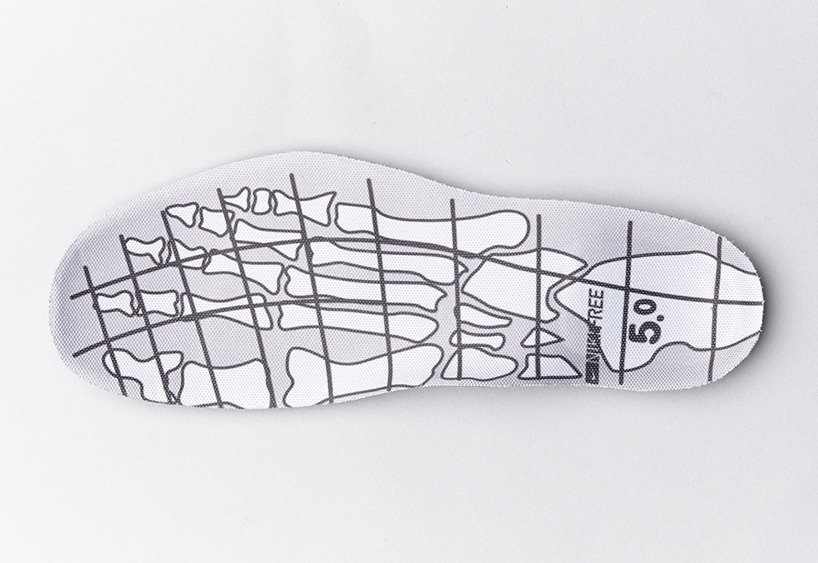 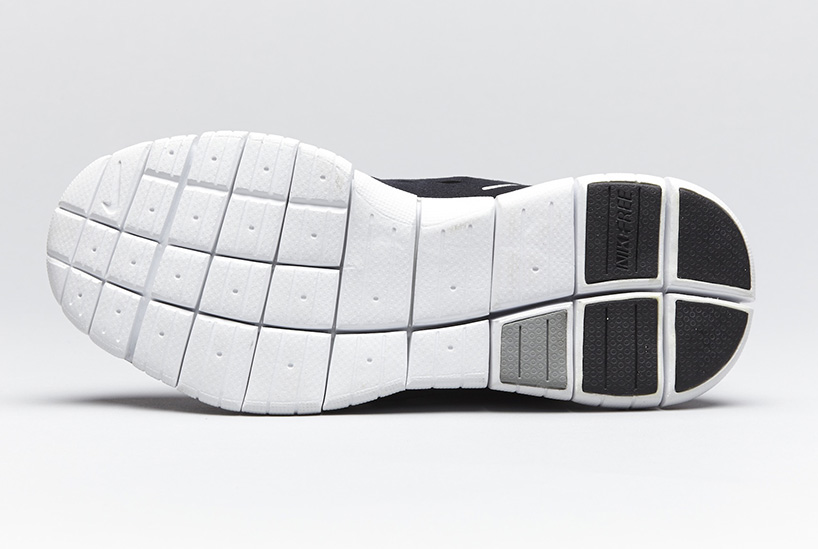 the making of NIKE FREE

DB: who has been the biggest influence on your approach to design?
TH: there’s two key figures that have influenced my design philosophy. one, of course, is bill bowerman because of the story I just mentioned, the stories I know about him and his hands-on approach to innovation. the other big influence on me would be my brother, tinker hatfield, who I think is right up there with anyone in the history of footwear design, his impact on our industry is hard to match.

DB: do you and tinker collaborate very often?
TH: we have collaborated in recent years but we don’t work together daily. in my early days as a designer at NIKE we both made a conscious decision not to work together because each of us needed to have our own identities within the company. he was already established when I came to work here and I needed to make it on my own. that said, I have always valued his opinion and would ask for his feedback on my work, in a designer to designer capacity. we finally got to work together on the NIKE PV (pole vault) light shoe which was used by tim mack at the 2004 athens olympics – when he won gold. after that we worked on the PV2 and at we’re currently working on the PV3. pole vaulting is a sport that is very close to us both, so it’s been a very enjoyable experience.

DB: do the two of you ever talk ‘shop’ outside of the office?
TH: we’re best friends as well as brothers so inevitably we’ll talk about work and design sometimes, but not all the time. for the most part we talk about our families and we talk about sport incessantly, particularly american college football and his beloved ducks! 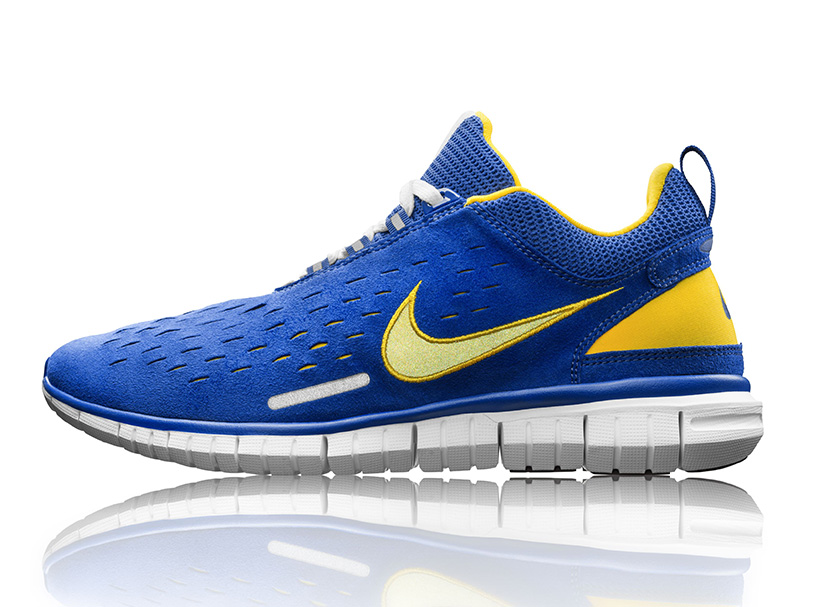 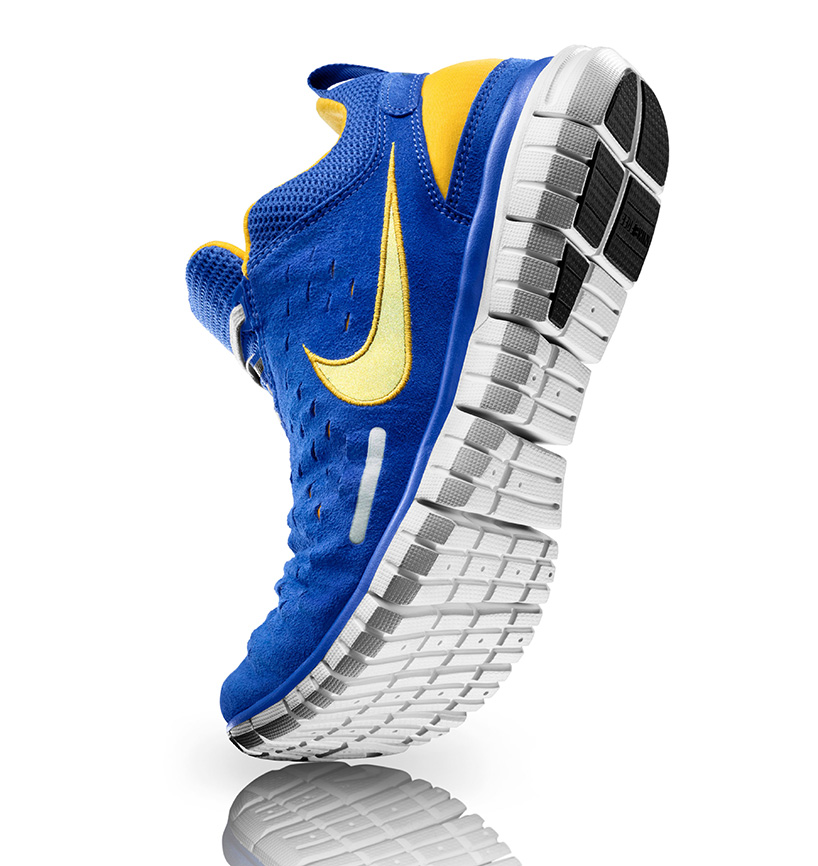 DB: please could you tell us how NIKE FREE was conceived?
TH: to give you some background, a lot of work at NIKE has gone into making ‘a second skin for the foot’ as bill [bowerman] described it. this philosophy can be seen in various shoes from the CORTEZ (1972), the SOCK RACER (1985), the HUARACHE (1991), AIR RIFT (1995) and the PRESTO (2000). anyway, one day in 2001, myself and some other members of the innovation team were up at stanford university watching vin lananna’s track team training – they did so barefooted on the grass. I asked him why that was and he told me that he believed it gradually strengthened the athlete’s feet, making them less prone to injury and in turn he could push them harder and improve on their times. this was our ‘aha moment’  if you like.

DB: how did you go about translating that discovery into a product?
TH: our challenge was to design a shoe that allowed you to feel as close to running barefoot on the grass as possible while giving optimum protection to your feet in typical training and city environments. the shoe also needed to allow for as plenty of natural motion to build strength in the foot muscles. we had not long since designed the PRESTO which was also an ingredient in our thinking. so, we did an incredible amount of research into how the foot moves, and reacts during barefoot training and quantified that data into usable information that guided our choices in materials, engineering and design. after what was eventually a three year project our team of designers, bio-mechanists, developers and engineers came up with the FREE.

DB: what do you think have been the most significant developments with FREE since it launched?
TH: it’s a process of refinement and remaining true to the core idea of natural motion. we never take anything off the table and think we’ve mastered it. and the focus is always holistic – materials, form, engineering, manufacturing – are all given equal consideration on every iteration of the shoe. we’ve seen the real benefits of allowing for a full range of natural motion when training and the idea is to create shoes that allow you to do that as best as possible. 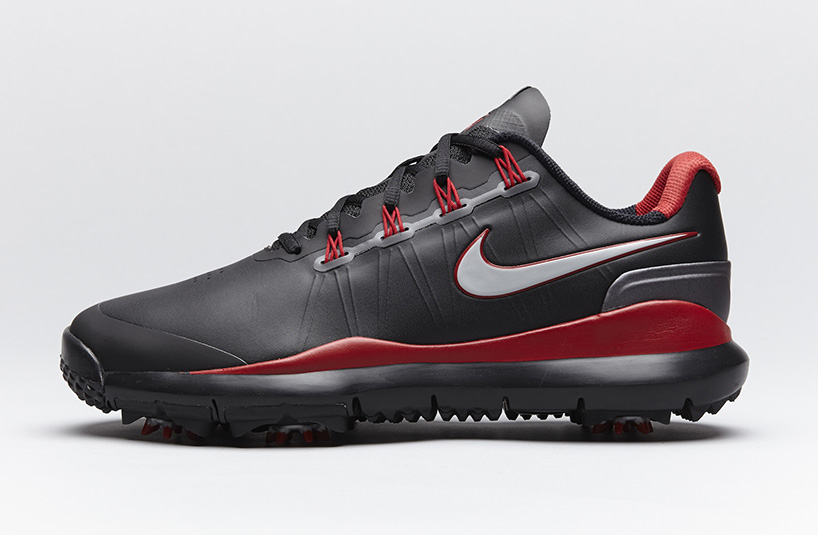 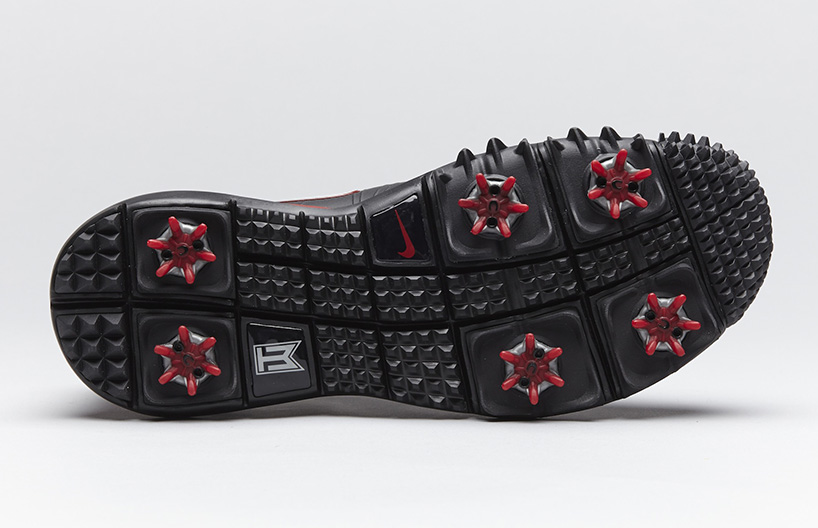 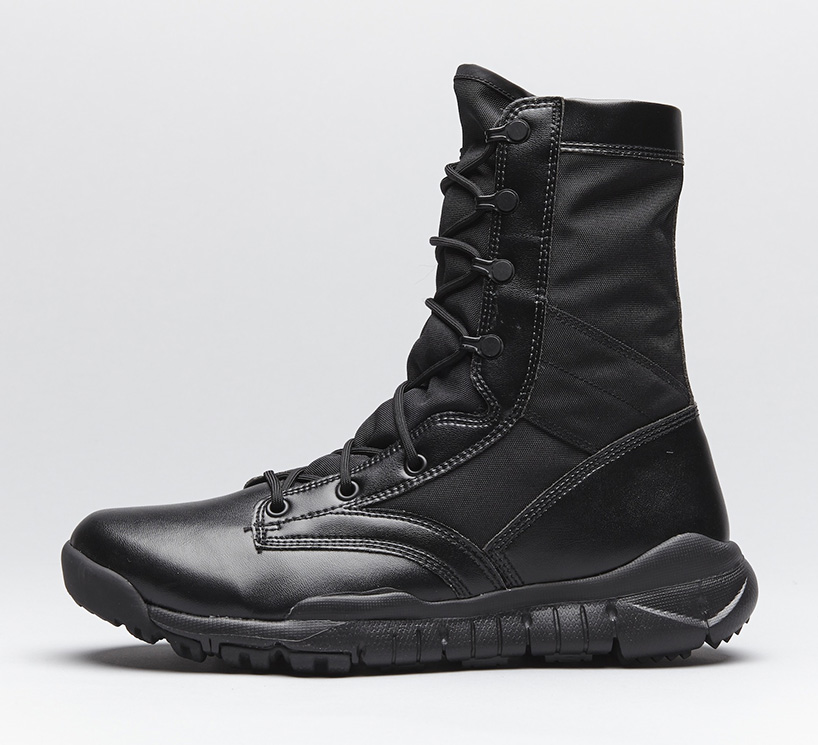 DB: you spoke of a ‘aha moment’ while watching the athletes train barefoot – have you had any those recently?
TH: that’s a tough one, you’ve put me on the spot there! the idea of natural motion is still pervading most of our innovations and has crept into specific sports now like basketball, football and golf – so the recent insights that have surprised me have been more particular. for example tiger woods started wearing FREE off the course, to train in and noticed they’d strengthened his feet. he wanted some FREE’s for the course but I explained they are not really performance shoes. so what we did was take a FREE outsole and see how we could adapt it to a golf spike – that became the TW13. if it hadn’t have been for the fact he’d been wearing FREEs to train in we’d probably never have thought we should adapt FREE to a golf shoe, but from listening to tiger we learned he was ready for that innovation and it brought about a shift within that sport. 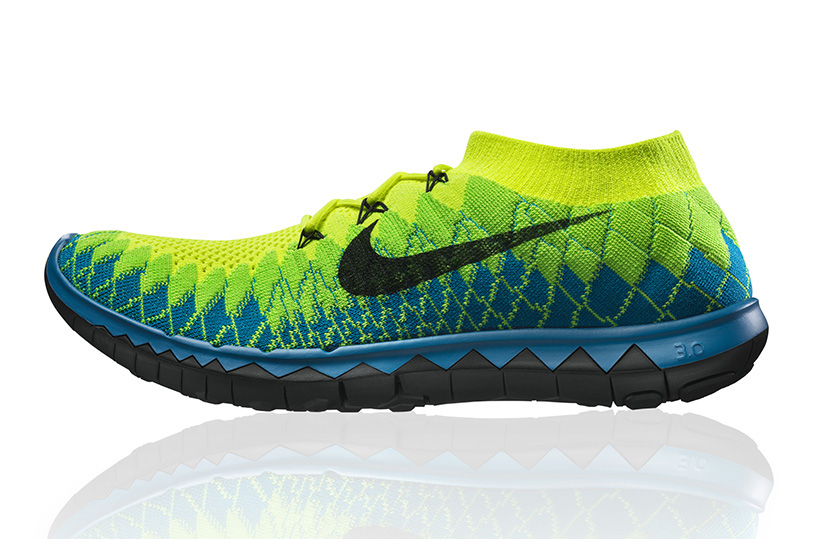 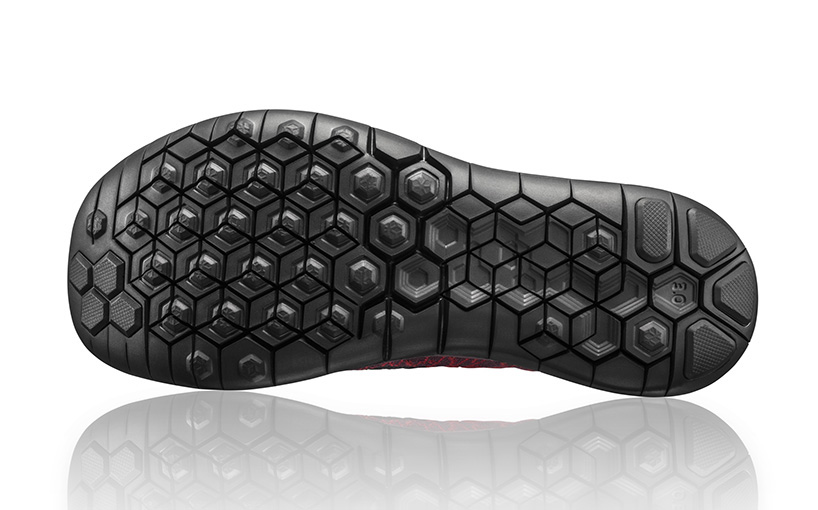 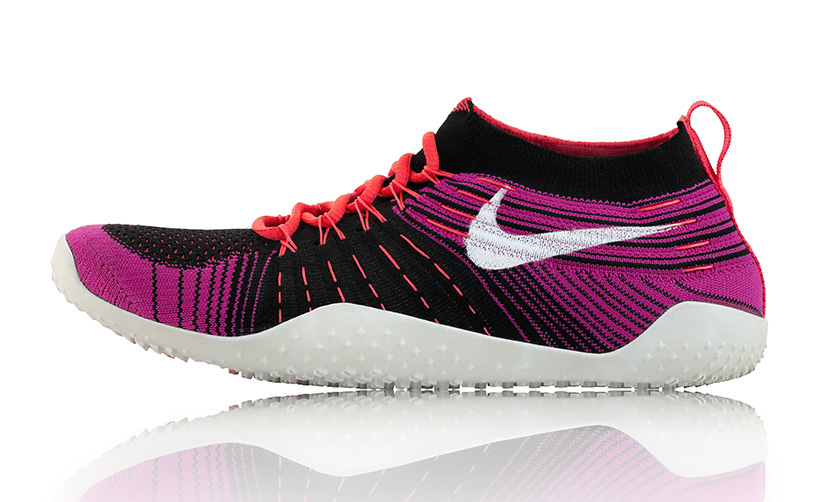 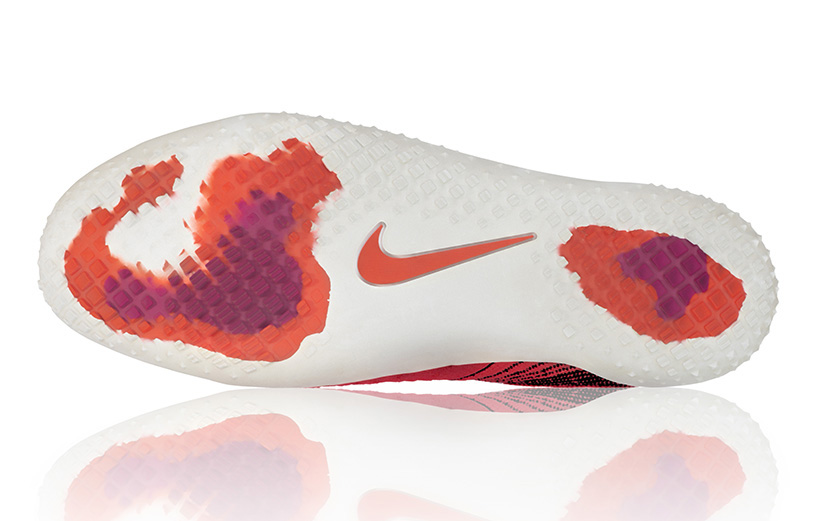 DB: besides athlete insights how do you keep your ideas fresh?
TH: I always look outside of our industry and encourage all of our younger designers to do so. there are tons of interesting developments going on in other industries that we can learn from; architecture, aeronautics, automotive, furniture or electronics. if you’re serious about design you always have to keep an eye on what’s going on in other industries because design relates to all these areas and they all cross pollinate one another eventually, be it in terms of materials, structures, engineering or aesthetics.

if you can, it’s also nice to travel, you’ll see different things, different ways of thinking and that’s a good way to keep your mind open. it can be as simple as the other week when I was in europe and saw a car I’d never seen before, its form was extremely captivating and who knows, that could find it’s way into our work. other times I’ll find a material used for something completely non-sport related but think it might work for us.

never think that you have anything completely figured out, that will keep you curious and sharp – prepare to surprise yourself. 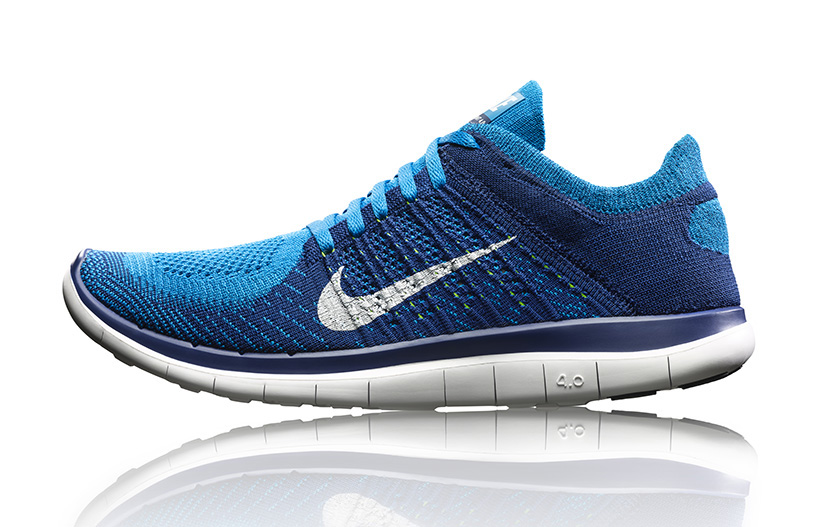 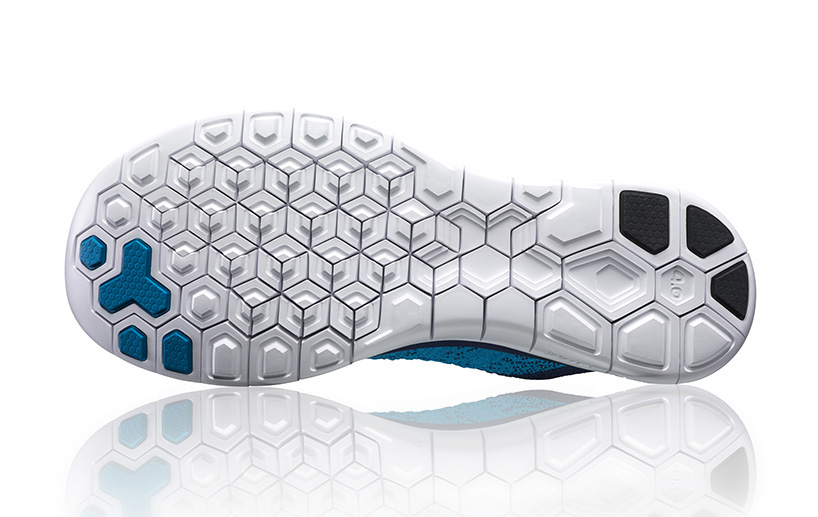 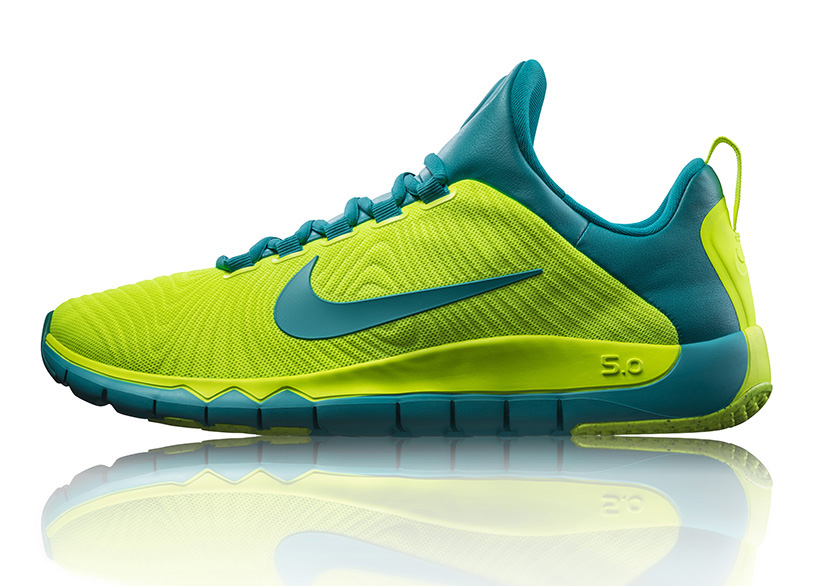 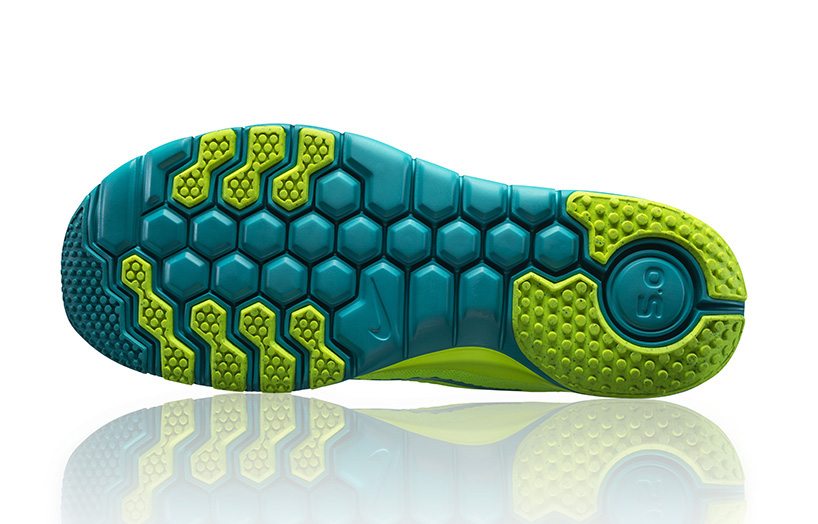 DB: do you have any rules or beliefs that you apply to your work or even live by?
TH: balance. my family is very important to me. I work hard because I have a family and there’s nothing I enjoy more than spending time with them. so I like to be efficient with my time and balance it between family and work as evenly as I can – that helps me enjoy both as much as possible.

I still coach pole vault in my spare time and enjoy building up trust with my athletes. it’s similar to design in that there’s a sense of collaboration and joint quest for improvement. something I often repeat to both designers and athletes is a quote from oswald chambers, which is ‘never let the sense of past failure defeat your next step.‘