imm cologne: todd bracher, the new york-based product designer, has envision the 2017 ‘das haus – interiors on stage’ at the imm cologne 2017 fair. the architectural design radicalizes the traditional notion of 3-rooms plus kitchen, hallway and bathroom by intertwining three zones: one for dining, one for rest and one for hygiene. with distinctively spacious qualities, the overlapping areas are designed and furnished to meet the contemporary needs of modern life. following his classical approach to design rigorously, his ‘haus’ looks at reducing complexity to its simplest elements and functions, questioning why we choose a particular lifestyle. 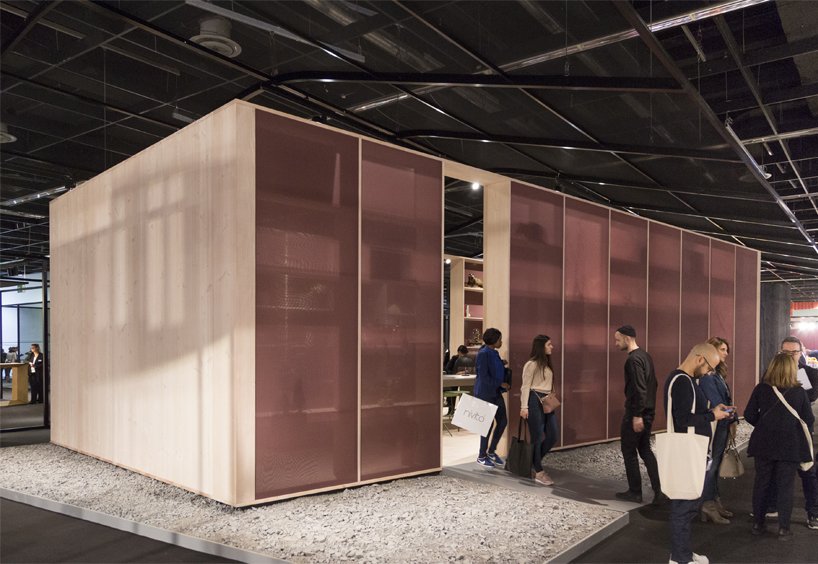 ‘the home is an elementary synthesis of needs and functions that is very precisely directed toward supporting the people who live inside it in their daily lives and their growth,‘ explained todd bracher. 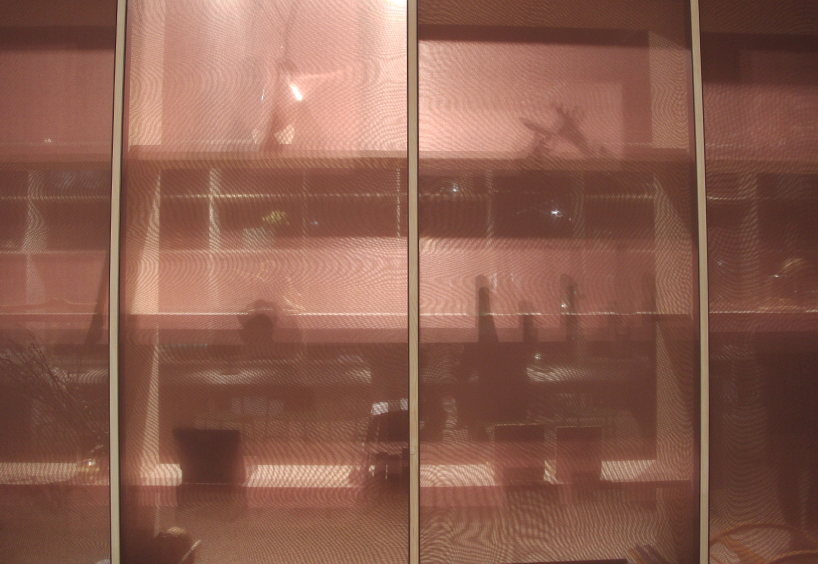 the dining area is surrounded by semi-transparent walls
image © designboom

bracher’s ‘das haus’ features two interwoven but significantly contrasting spaces under a floating roof. the first, acting as the entrance, welcomes guest into a large room that is surrounded by bookshelves and a rich burgundy semi-transparent shell made from création baumann‘s ‘sinfonia’ fabric. everyday items, ranging from books to plants to tools, are displayed on these shelves showing how the space accommodates for all aspects of modern life. the light, open area leads to the second room: a black cube over which a ball seems to hover as it emits a moonlight glow. inside the more intimate zone, guests can enjoy the cosy and calm environment in complete privacy. 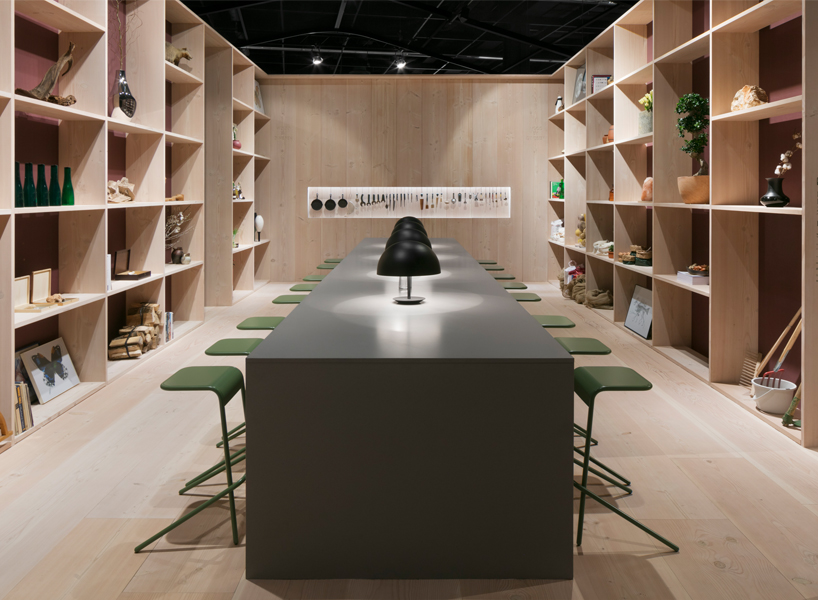 the bookshelves hold everyday items from plants to bottles to books

with the visions of a dining and rest spaces created, the stage presents its third and final intertwined zone: the one for hygiene. set on the rocky outside of ‘das haus’, the showering and washing area is placed by the meeting point between the dining and rest rooms. the basic facilities envisions the most challenging aspect of the overall design as it is a significant difference to the typical bathroom of modern life. in doing so, the space highlights the truly elementary needs for people and their daily lives. 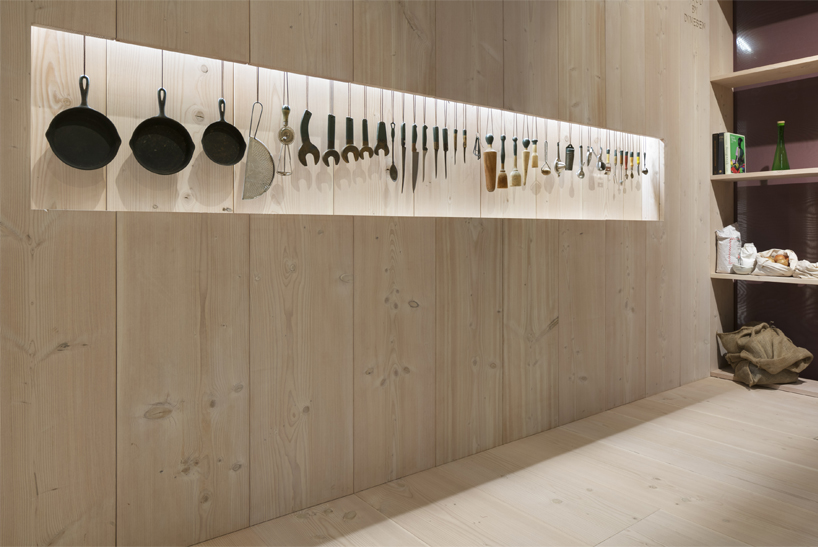 as well, the walls are adorned with hanging tools

since 2012, the imm cologne fair has been featuring the ‘das haus – interiors on stage project’ — a special program which invites a young designer or architect to develop a ‘domestic space’ that explores the possibilities of interior design in a completely uninhibited way. following previous installations by doshi levien (UK), luca nichetto (italy), louise campbell (denmark), neri & hu (china), sebastian herkner was the chosen designer for the 2016 edition, presenting an open house which featured no real walls, just textiles. 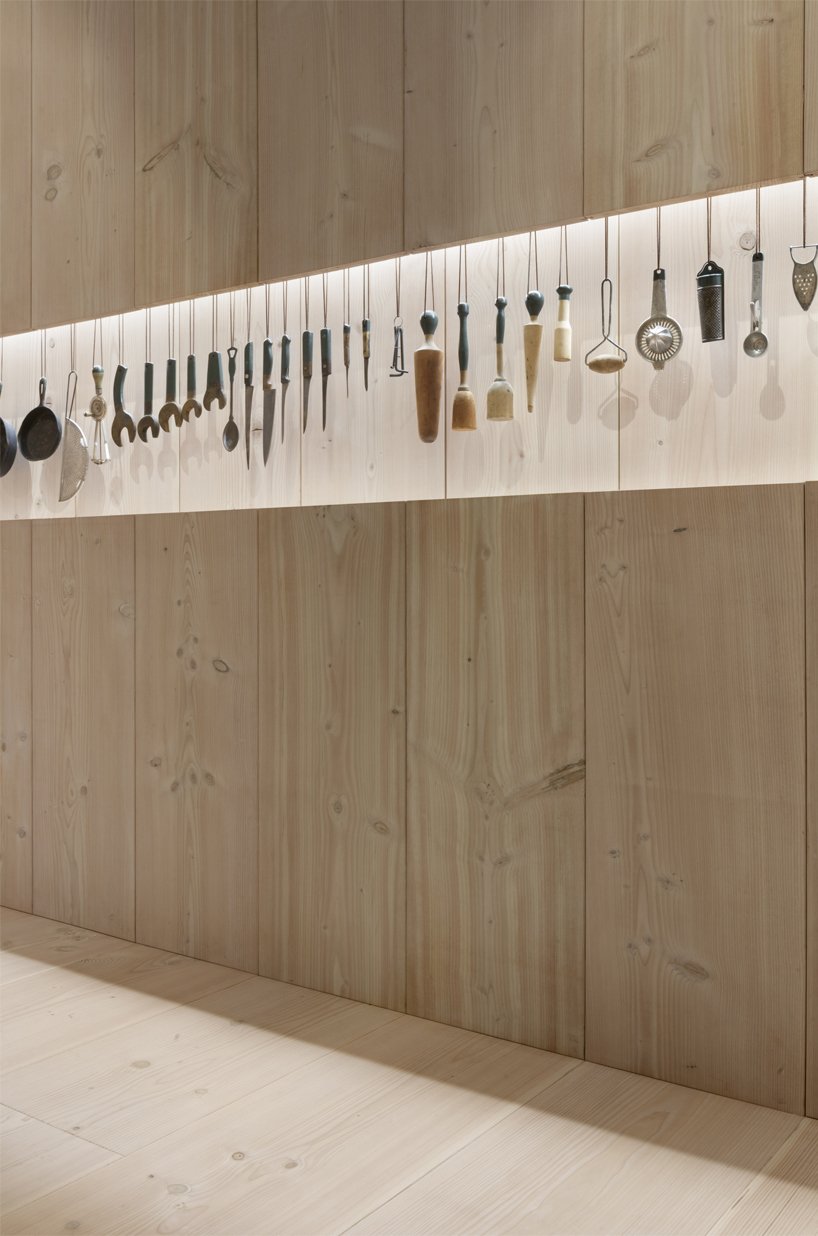 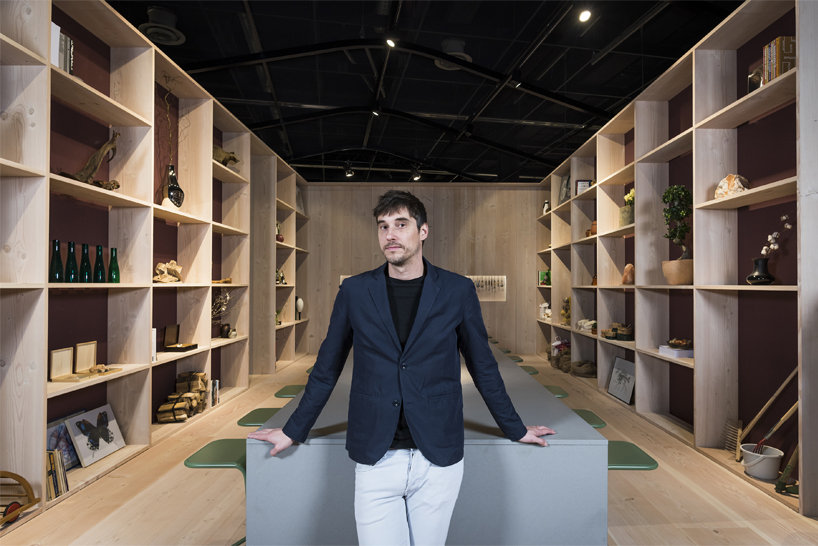 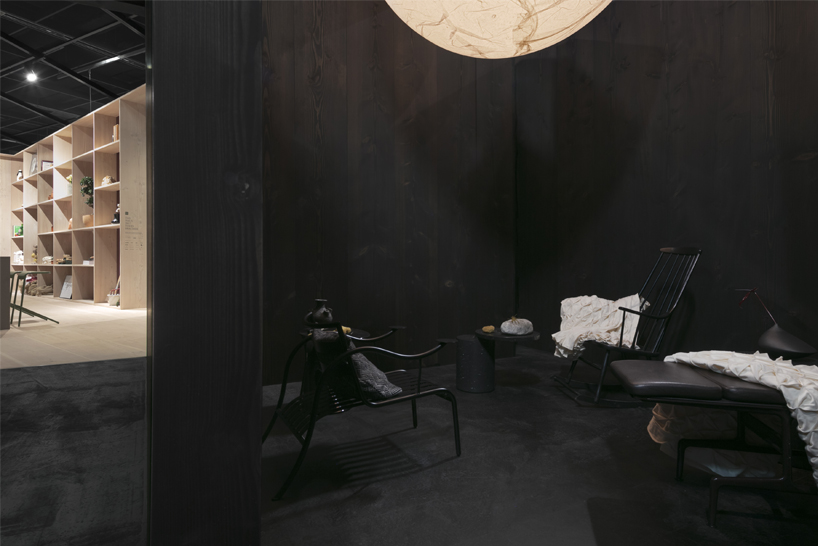 an emitting ball hovers over the relaxing rest room 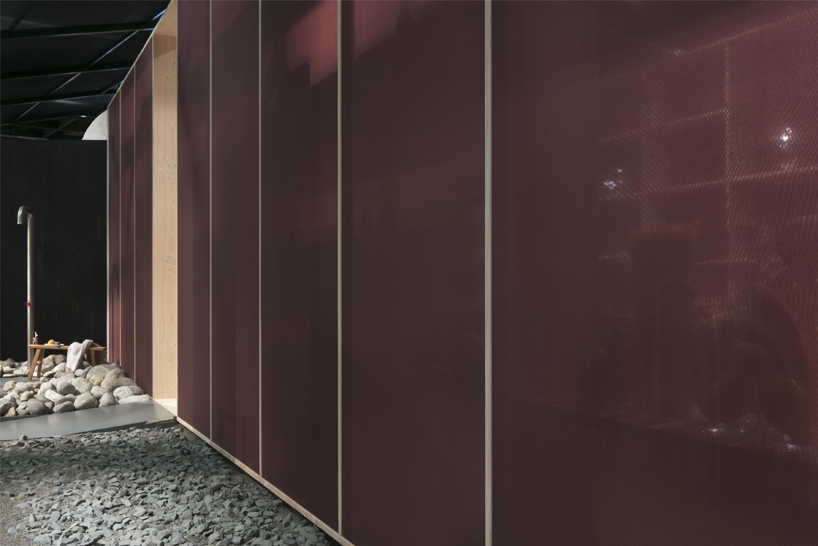 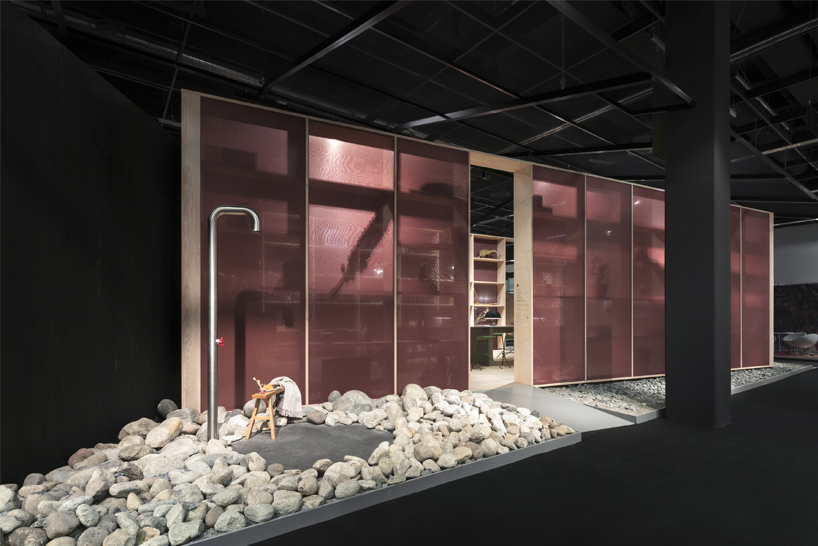 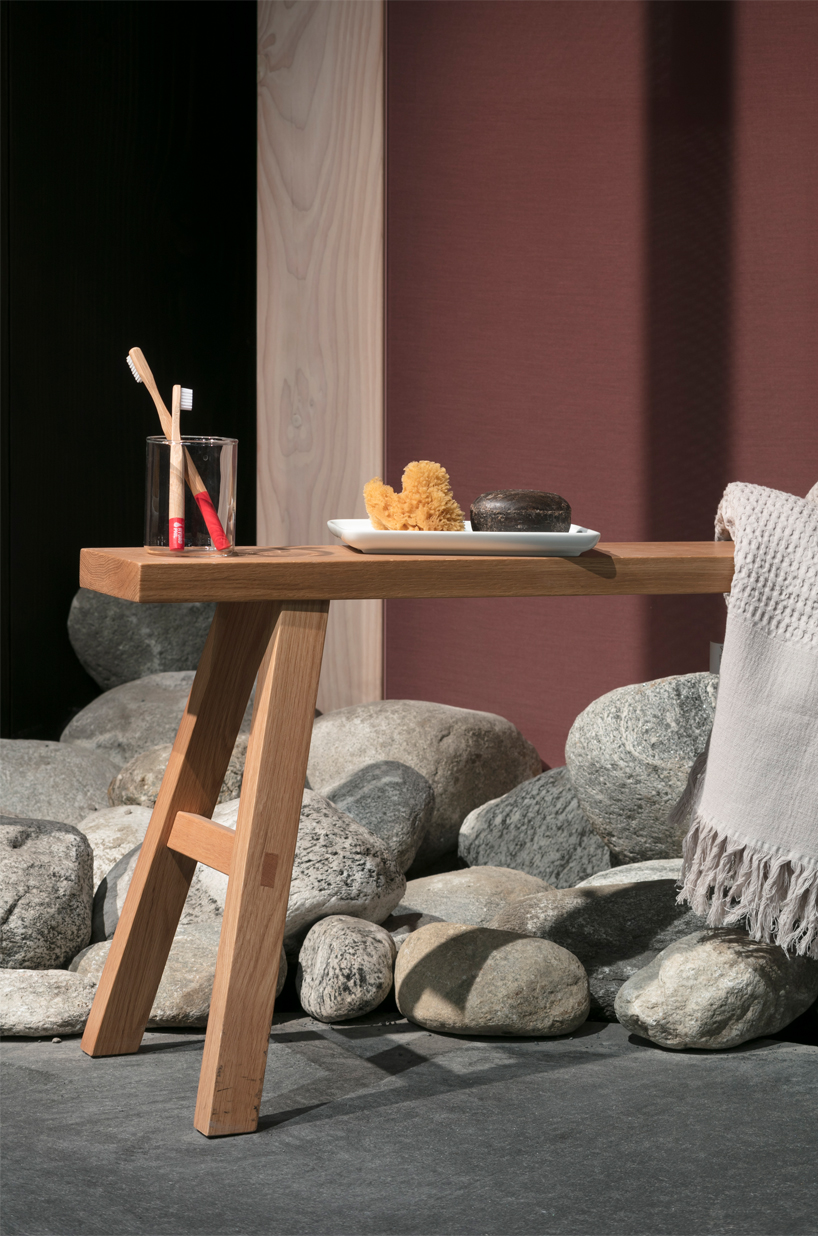 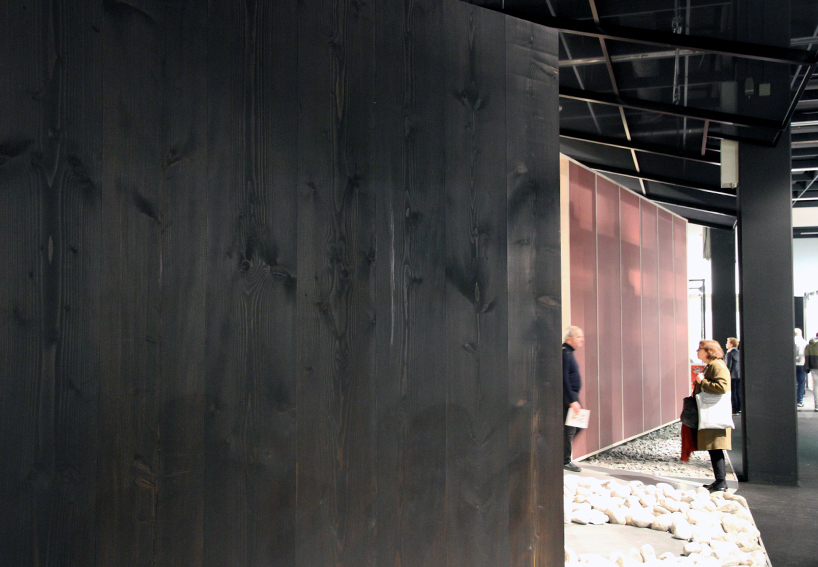 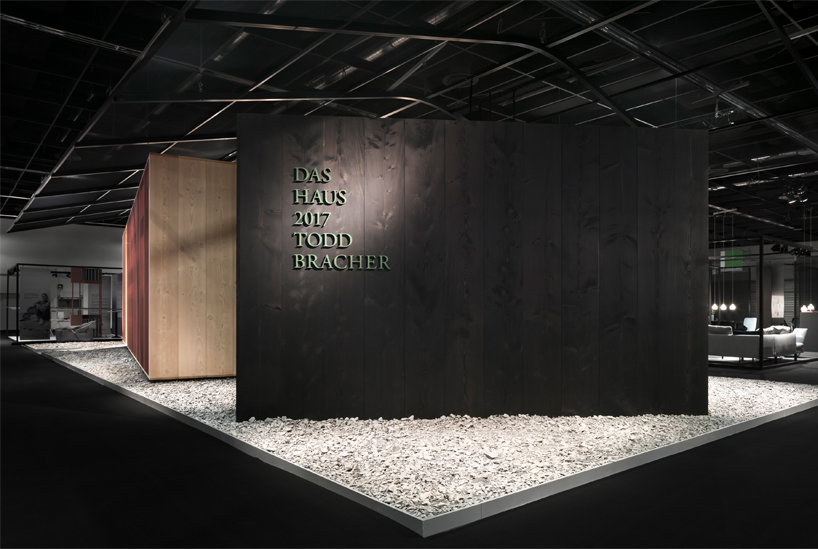 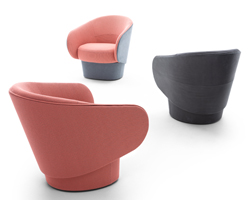 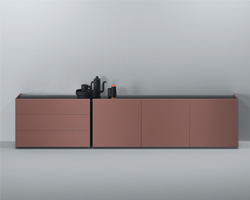 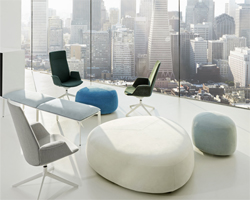 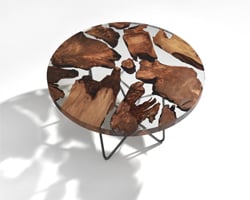 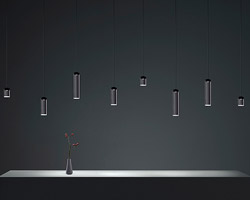 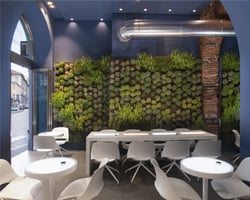 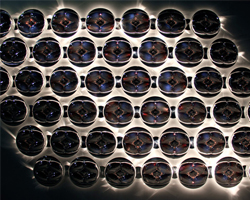 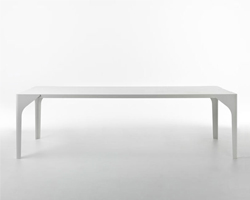