tokujin yoshioka has experimented extensively with the process of growing crystals to create different furniture forms (as seen in his ‘venus’ natural crystal chair which designboom covered here and here). in continuing with this exploration, he has translated that research into abstracted representations of the natural structures expressed in the form of the ‘element’ table collection. each piece is based on a metal elongated box which stands as the central support between base and top. considered the signature feature,these rectangular prisms are set at inclined positions which are determined depending on their function as a side or dining table; ultimately breaking the optical balance of perpendicularity. the stainless steel and aluminium works are a result of the japanese designer’s close collaboration with italain company desalto who specializes in metalworking techniques, and will debut at the 2013 salone del mobile. 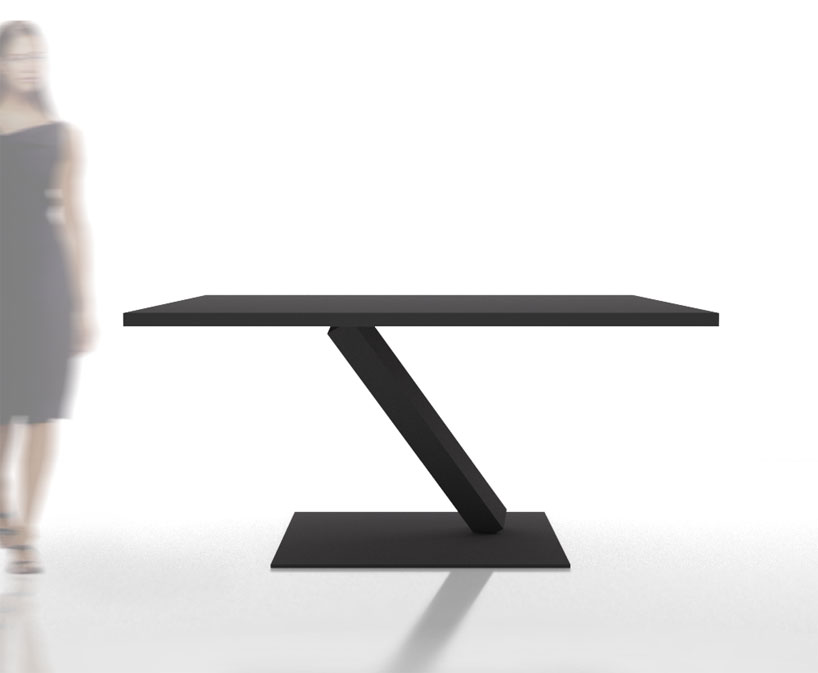 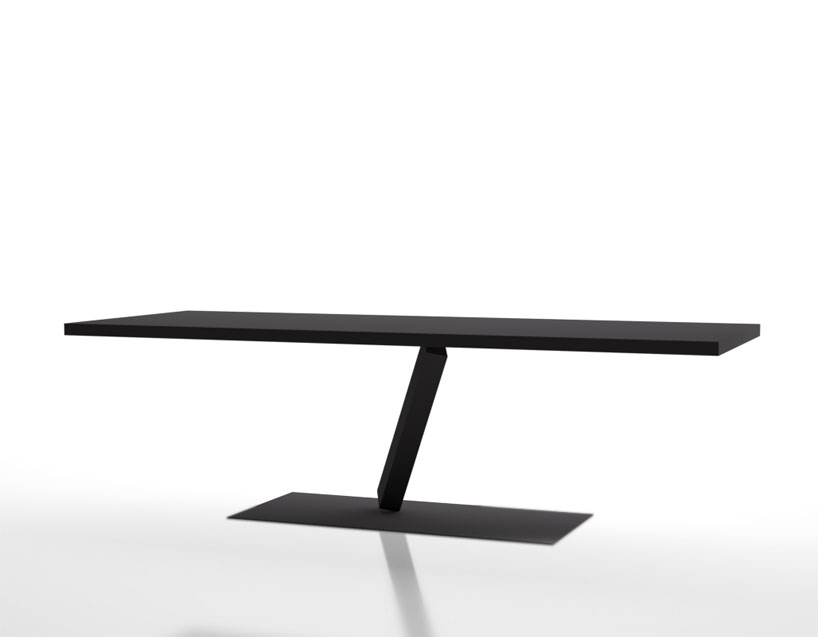 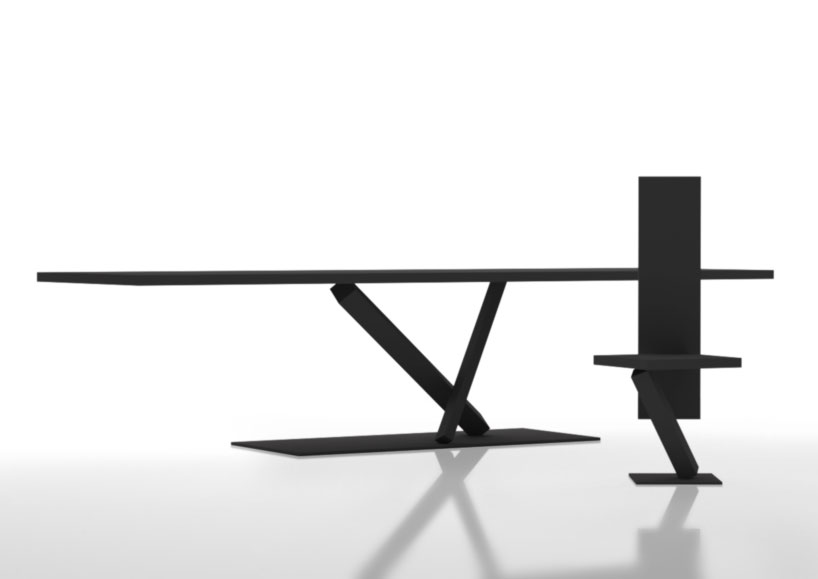 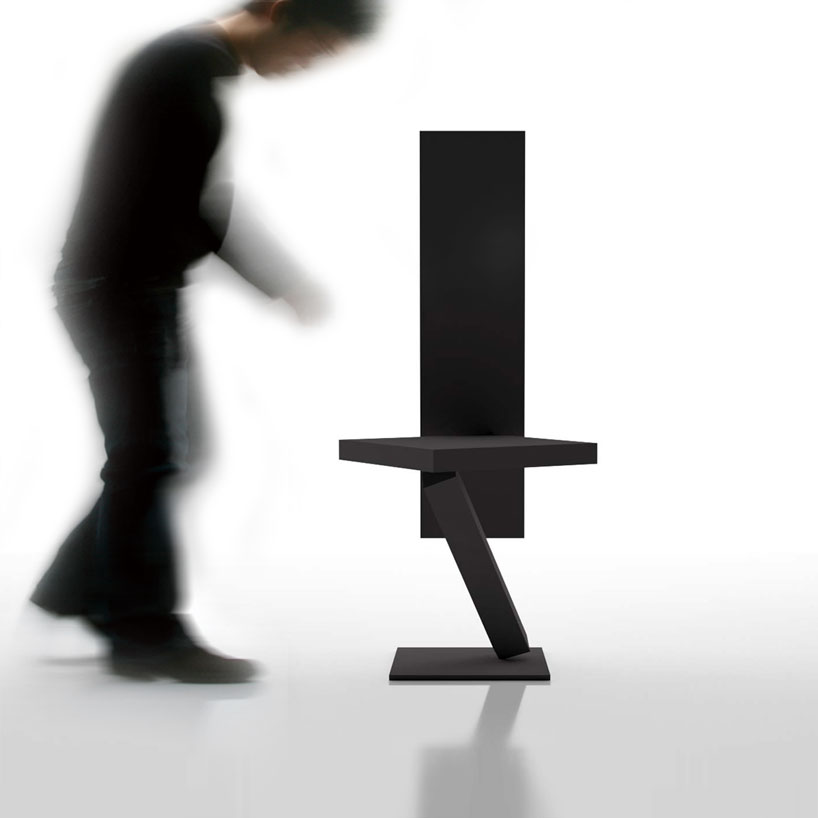 expression of the side table’s scale 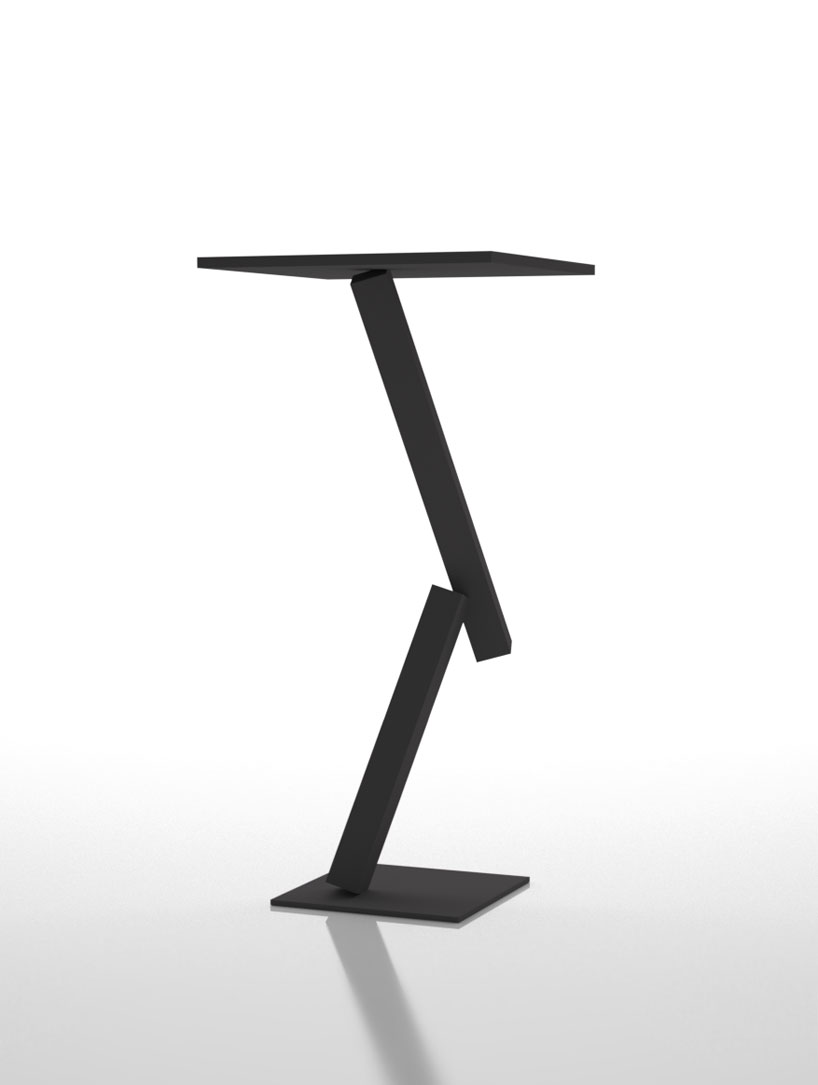 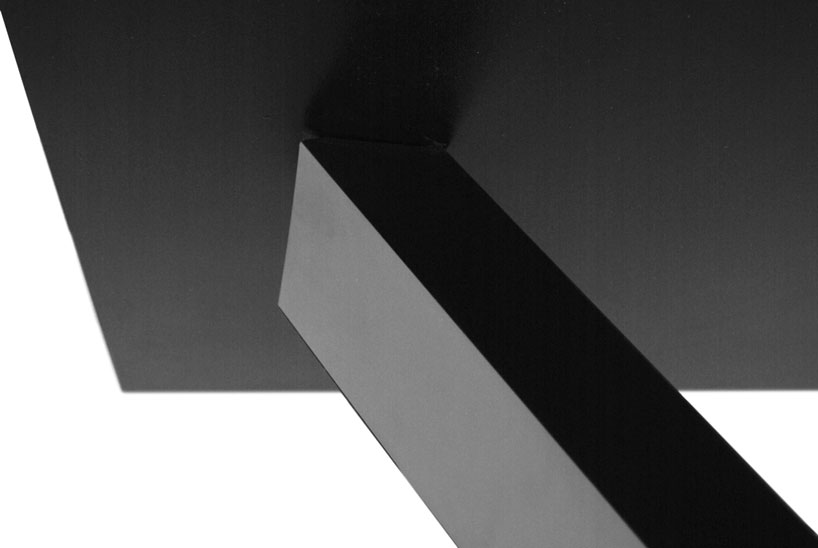 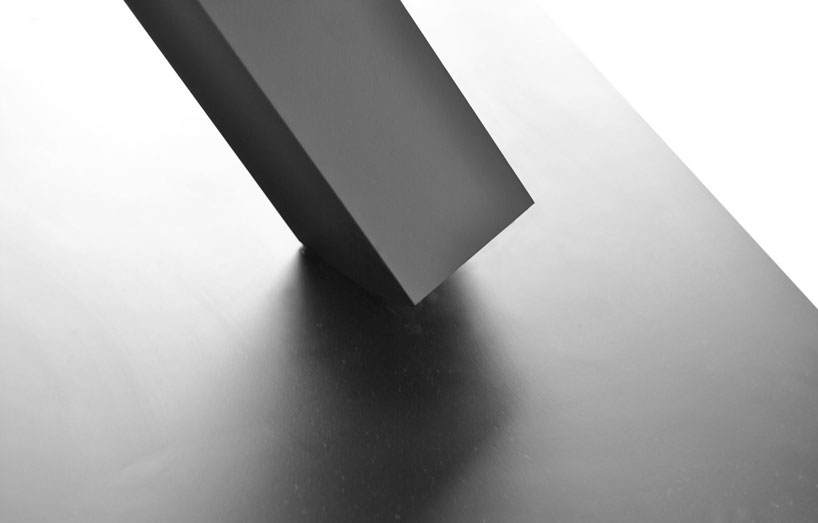 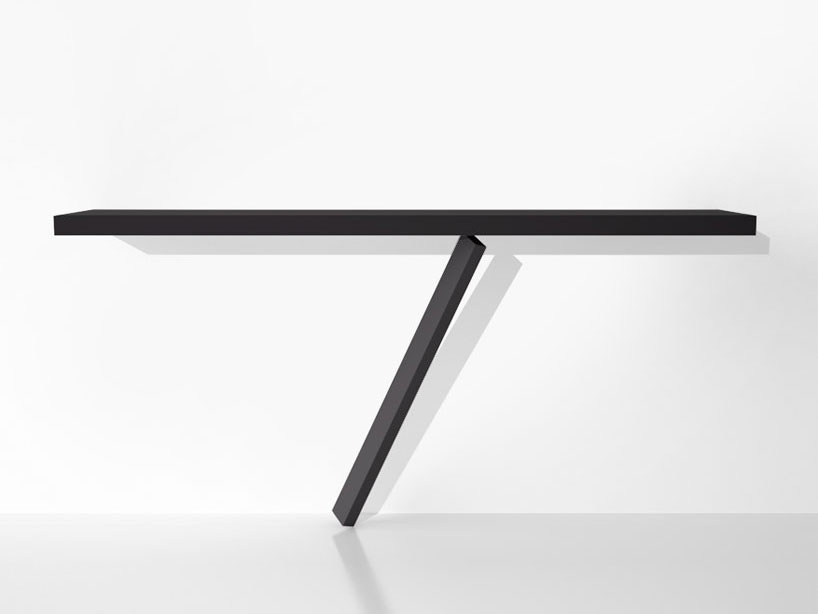 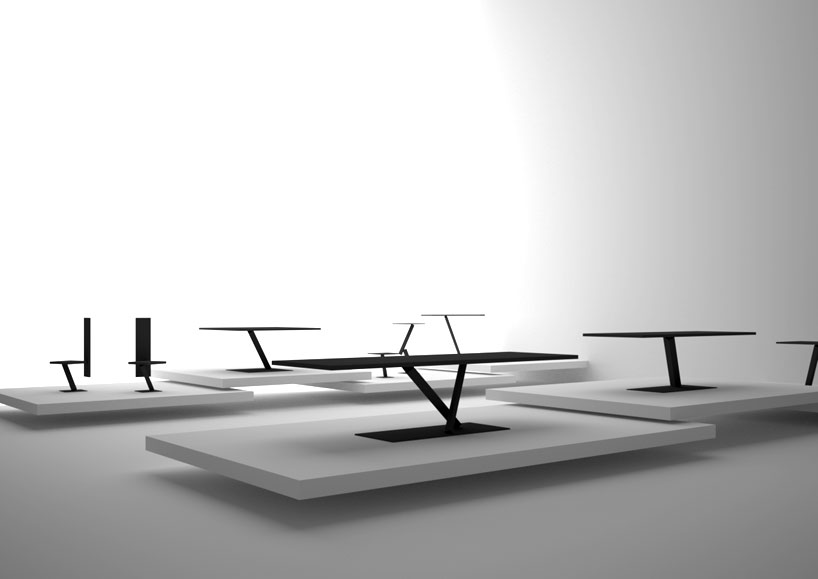 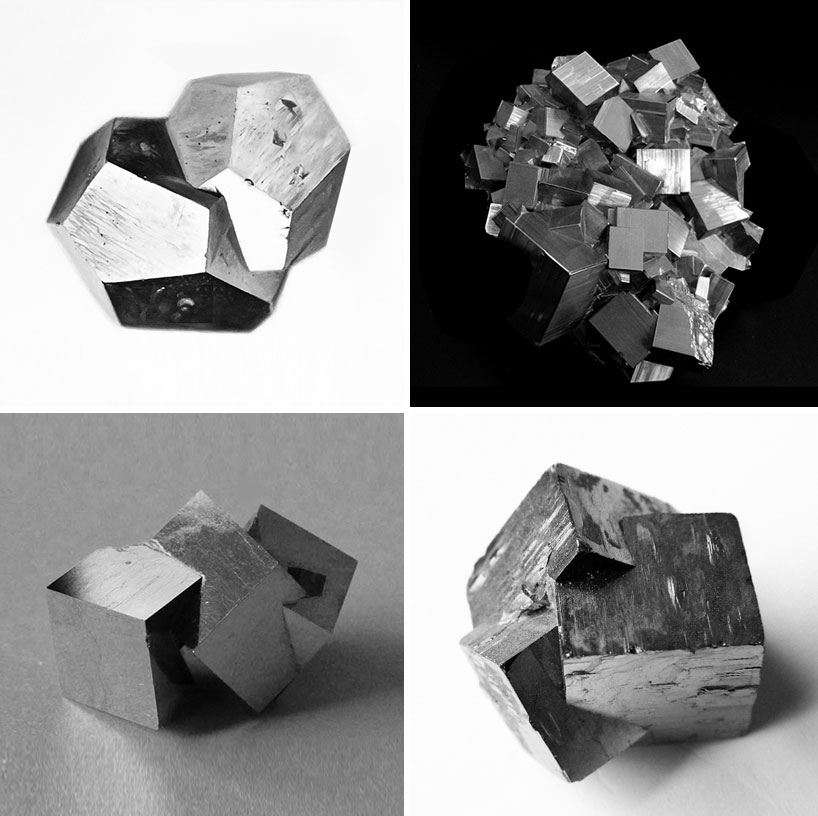 explorations on form based on the process of growing crystals 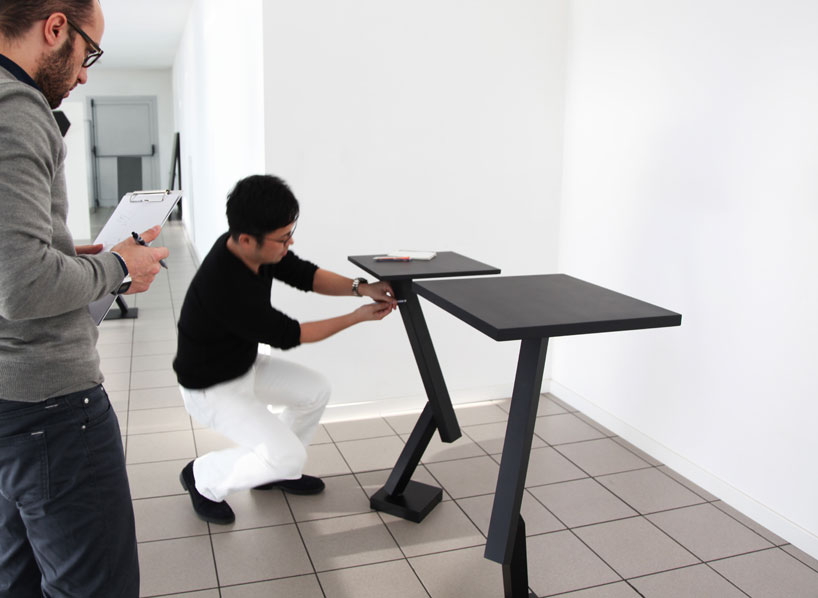 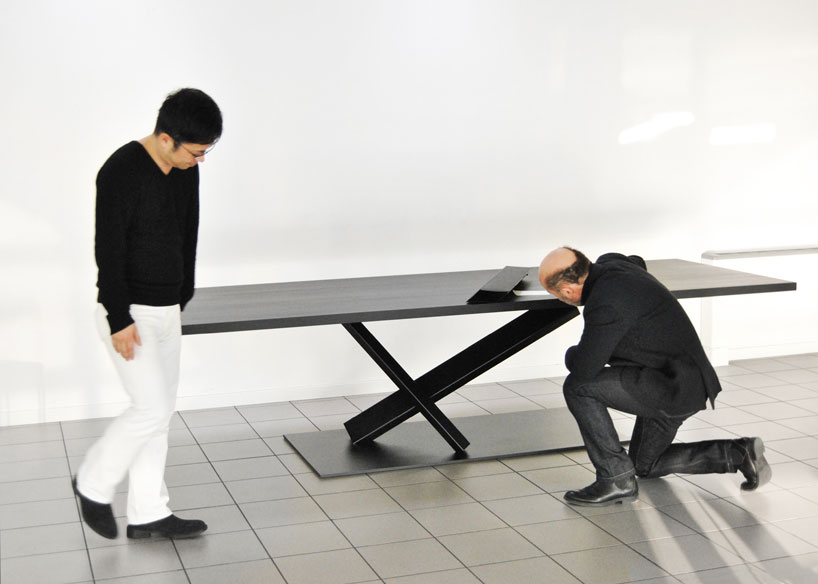 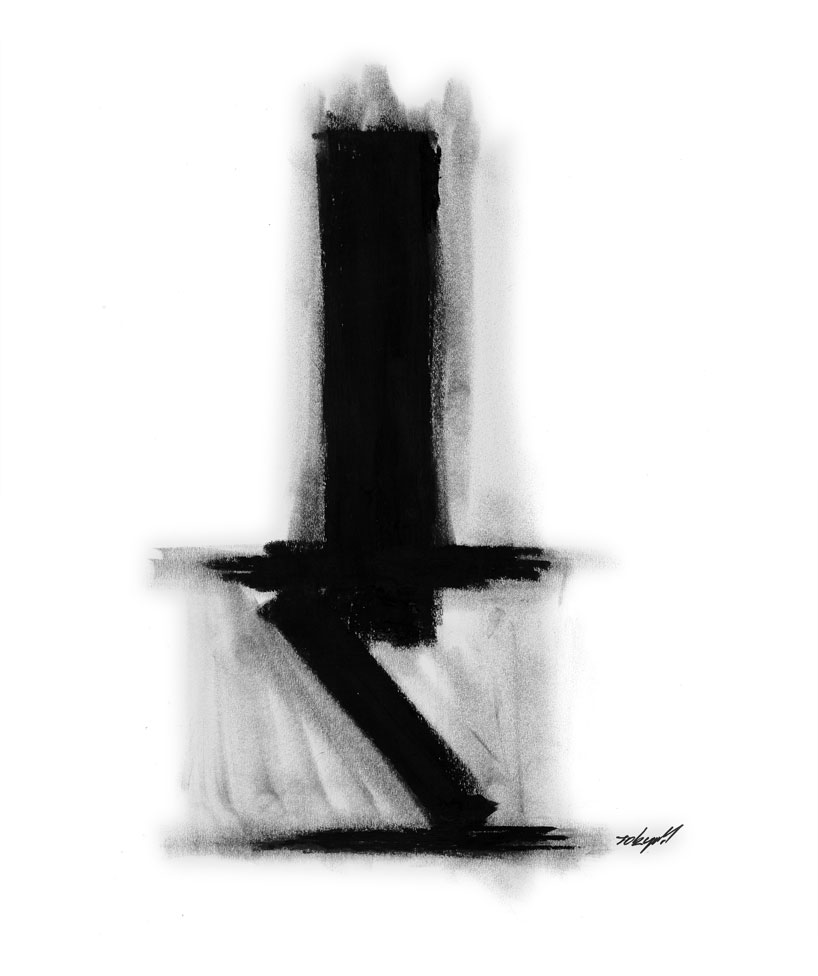 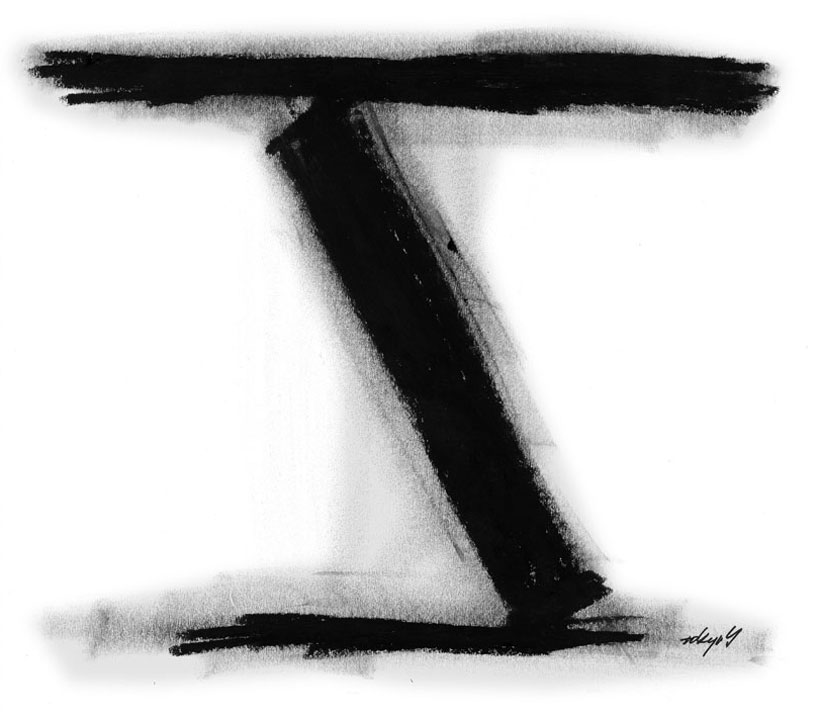