japanese designer tokujin yoshioka has been named one of ‘the 100 most creative people in business’ 2010 by fast company, among three other designers and architects: kazuyo sejima, jean nouvel and bjarke ingels (BIG architects).

in fact, tokujin is one of the most prolific designers coming from japan. in the last two months alone, he has worked on an impressive number of new products and installation projects, which have been covered by most life-style media. 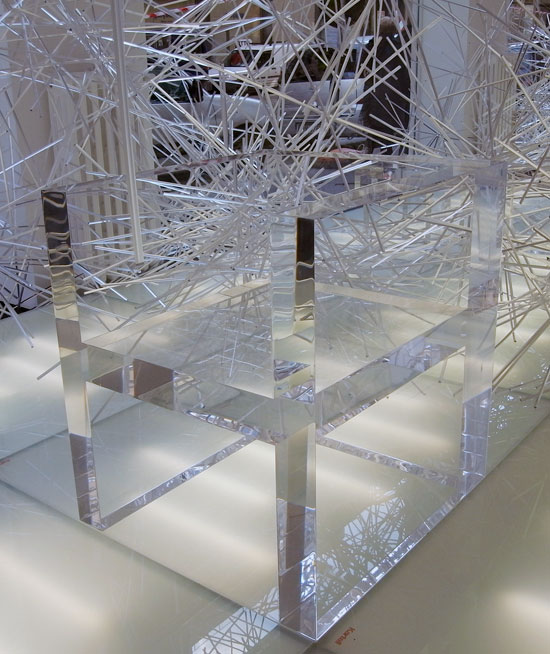 ‘the invisibles’ collection for kartell is a collaboration between the italian furniture manufacturer’s CEO claudio luti and the japanese designer. the project discussion began more than two years ago, when both were looking for a possibility to develop a new product line, made in acrylic, which inherited the essence of tokujin’s previous optical glass bench ‘waterfall’. the challenge was a difficult one, as technicians stated the use of acrylic of this thickness would be nearly impossible.

‘the invisibles’ collection’s transparent thickness eradicates the presence of the objects. 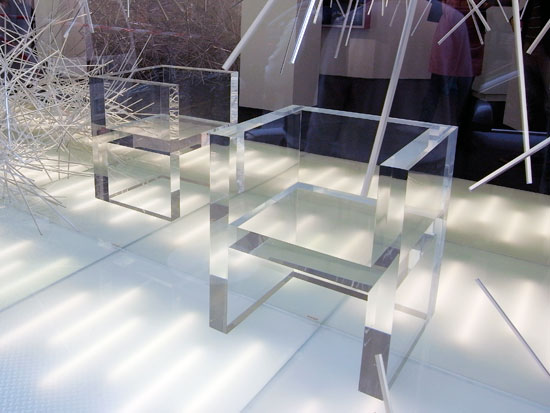 ‘I am drawn by things that do not have forms, but leave an emotional effect on people. at a glance, such material is invisible and its existence is erased. through the interaction with light, however, the form suddenly emerges. I am fascinated not only with such phenomena, but also elements that can stir and stimulate our imagination. I also like the idea of light, which is the form of design itself.‘ – tokujin yoshioka

see designboom’s coverage of ‘the invisibles’ collection before its official debut here. 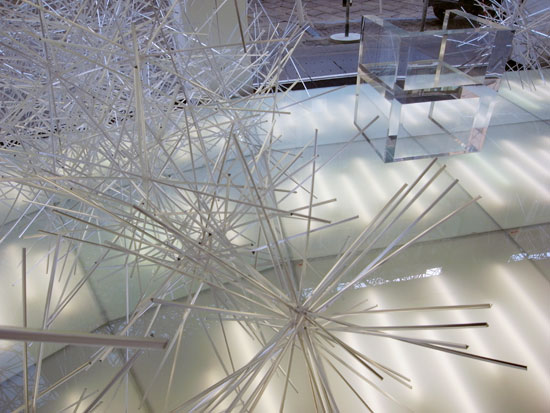 installation view of ‘snowflake’ and ‘the invisibles’ collection image © designboom

the overall installation which encompassed the collection at kartell flagship store during milan design week 2010 was ‘snowflake’. here, tokujin created ‘a serene world’ with numerous transparent prism sticks in plastic. the accumulation of these parts were tinged with white color giving the effect of snow. 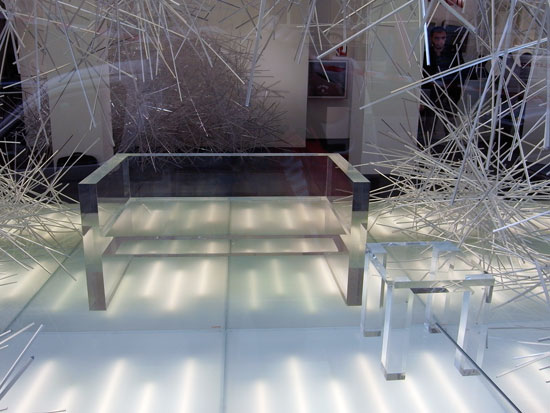 sofa and side table from ‘the invisibles’ collection image © designboom 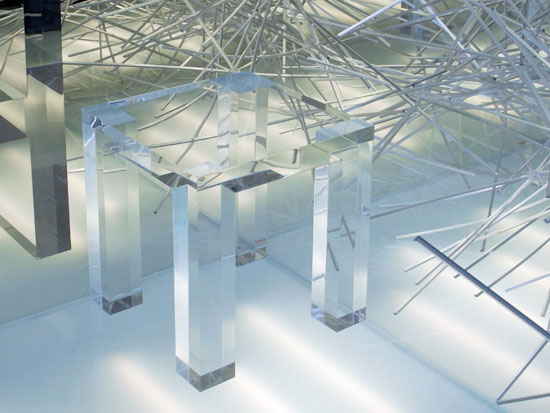 side table from ‘the invisibles’ collection image © designboom 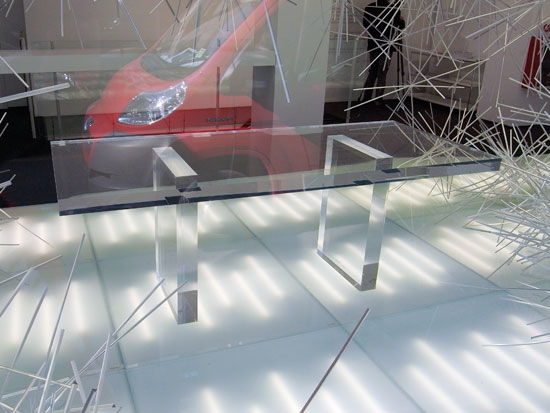 table from ‘the invisibles’ collection, seen through the shop window image © designboom 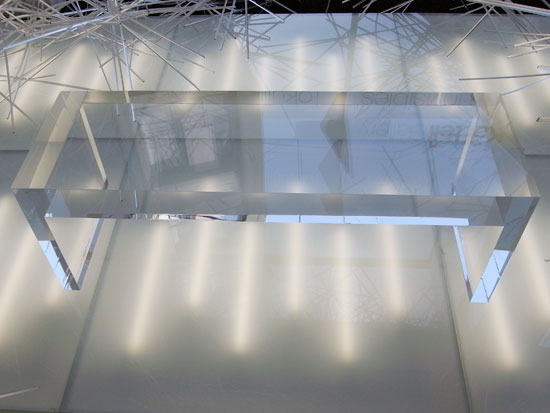 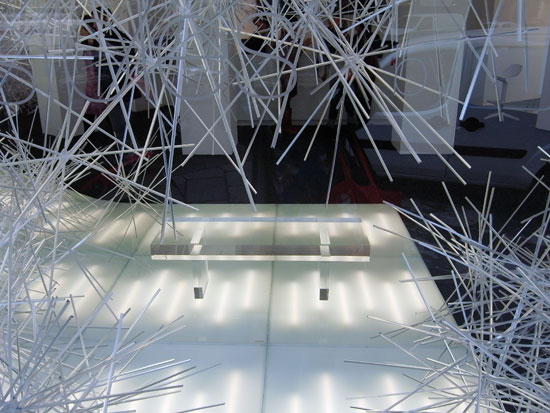 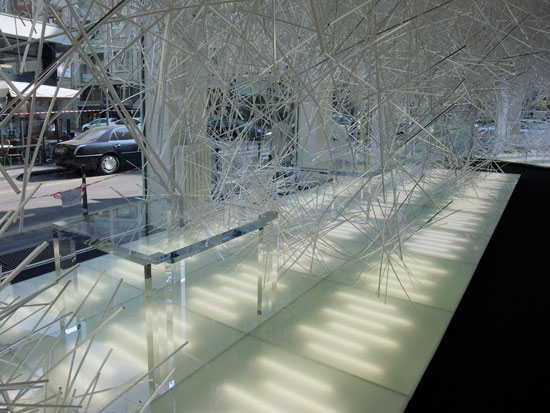 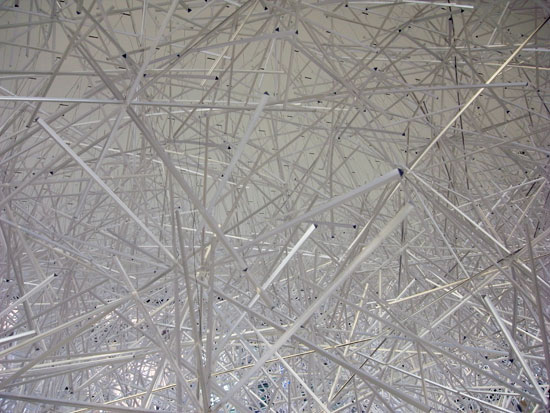 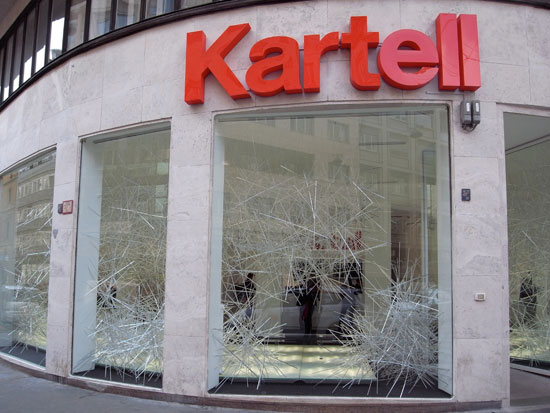 view from outside the kartell flagship store in milan image © designboom 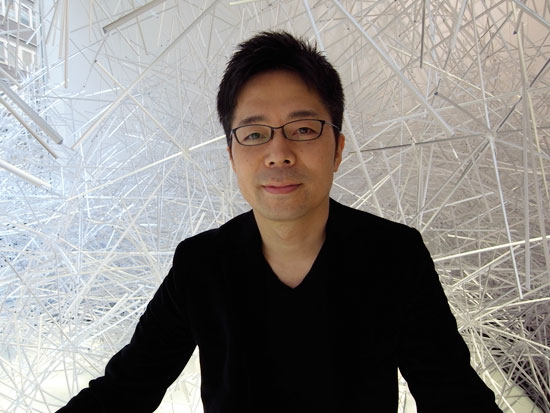 designboom assisted tokujin while he was building-up his ‘snowflake’ installation. here is a fast-forwarded look at the set-up. video by designboom 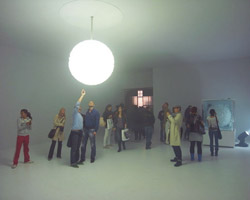 May 09, 2021
unfolding the art of pleating: history + techniques that have fascinated the world of fashion
human touch, tradition, experience and entrusted knowledge is still very much at the heart of this painstaking and time-honored craft.
design
566 shares
connections: 78