‘sensing nature‘, an exhibition which rethinks the japanese perception of nature, has just opened at the mori art museum, tokyo with interpretations of the subject made by takashi kuribayashi, taro shinoda and tokujin yoshioka. the three japanese artists / designers give abstract or symbolic expression to immaterial or amorphous concepts as well as natural phenomenon such as snow, water, wind, light, stars, mountains, waterfalls and forests. their ideas of nature suggest that it is not something that is to be contrasted with the human world, but that it is something that incorporates all life-forms, including human beings. the exhibition consists of newly commissioned works by each of the three artists, each attempting to stimulate our sense of nature through large-scale installations.

designboom gave a preview of some of the works that would be on show in the exhibition, now here’s a look at the final installation of tokujin yoshioka’s ‘snow’ that is on show.

tokujin yoshioka‘s project ‘snow’ is a dynamic 15-meter-wide installation. it consists of a scene depicting hundreds of kilograms of light feathers blowing all over and falling down slowly is meant to remind us of the snow scape of our memories and the beauty of nature which often exceeds our imagination. visitors to the exhibition experience the feeling of looking at or walking through a snowstorm. 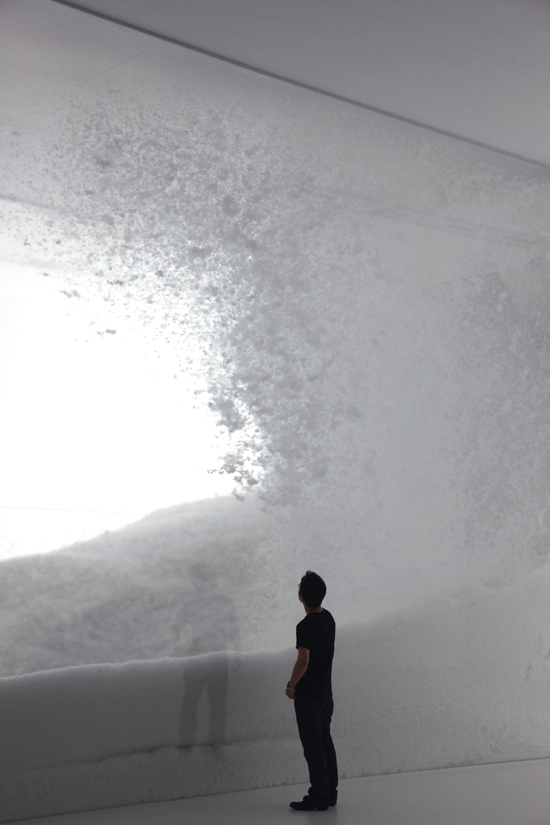 tokujin yoshioka with his ‘snow’ installation at the mori art museum 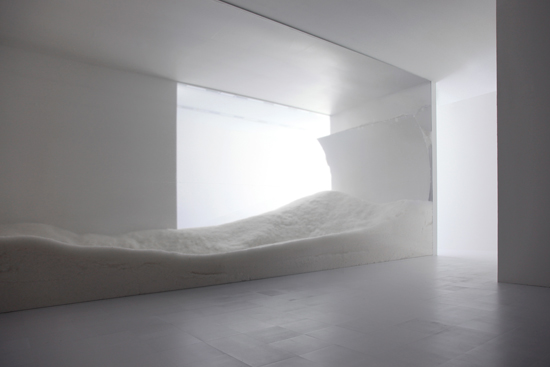 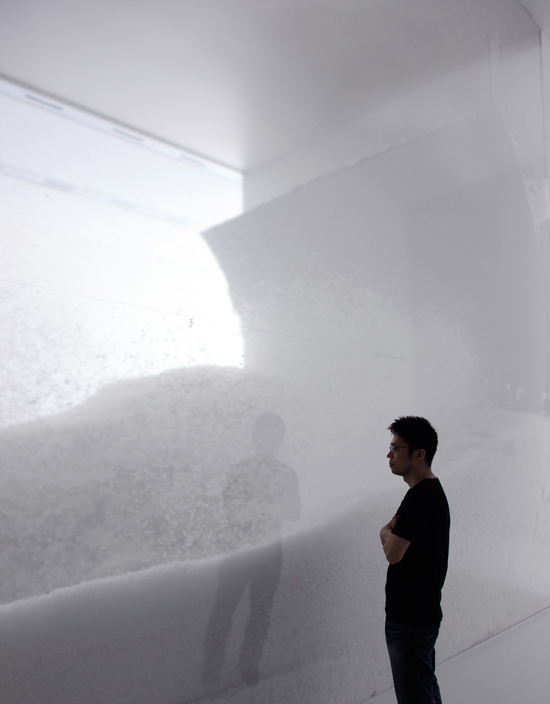 the snow scape being blown around 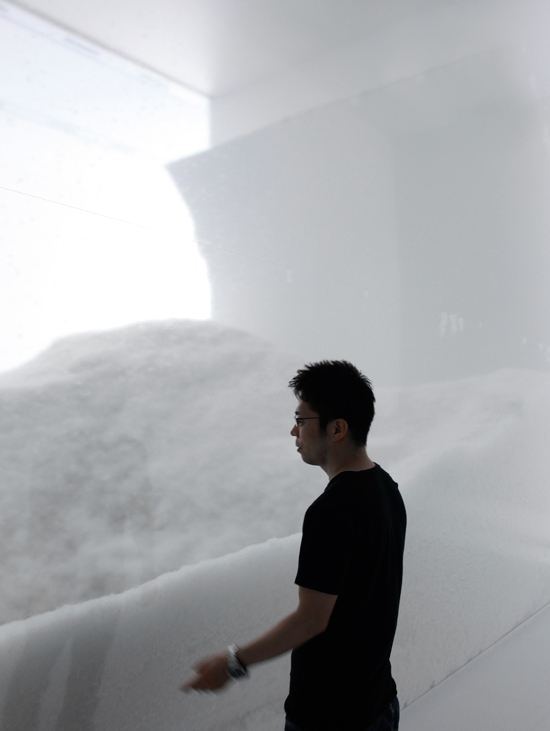 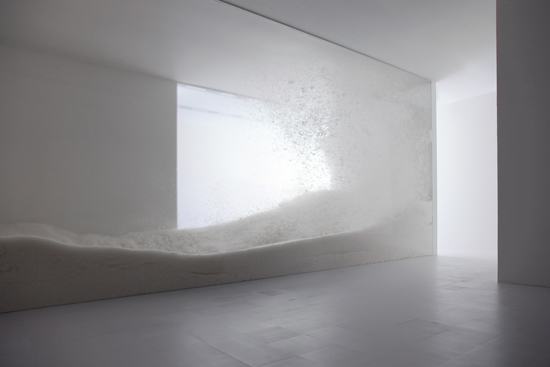 installation view of ‘snow’, in which fine feathers are blown up by wind to emulate a snow storm 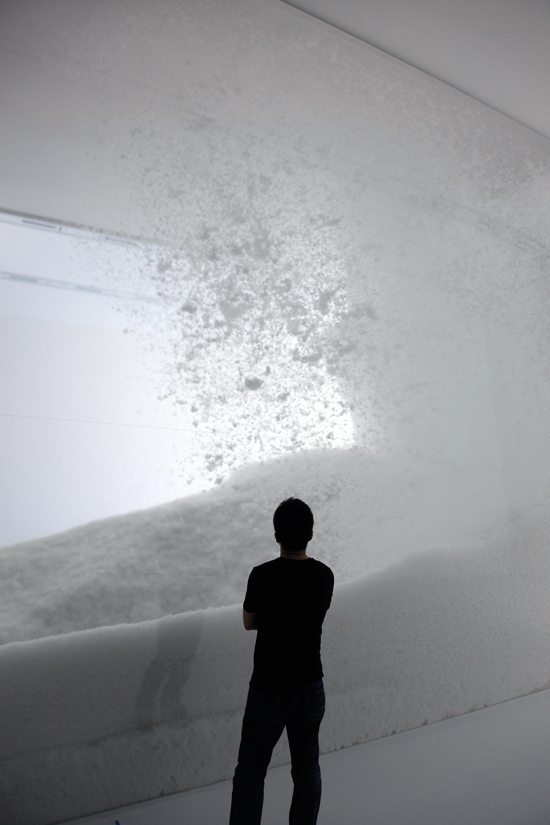 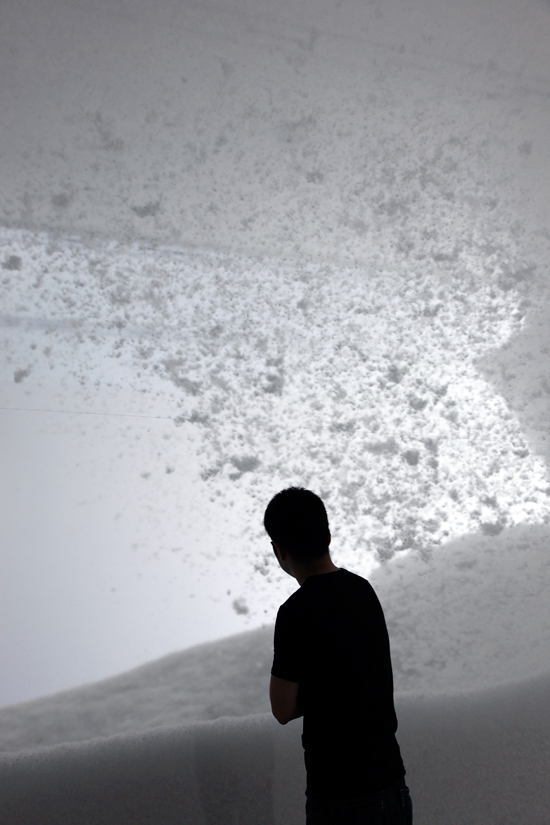 a look at the feathers being blown around 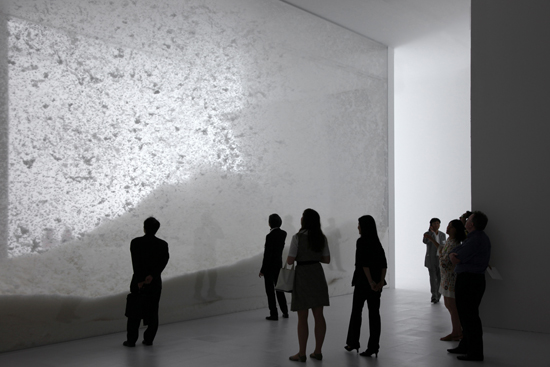 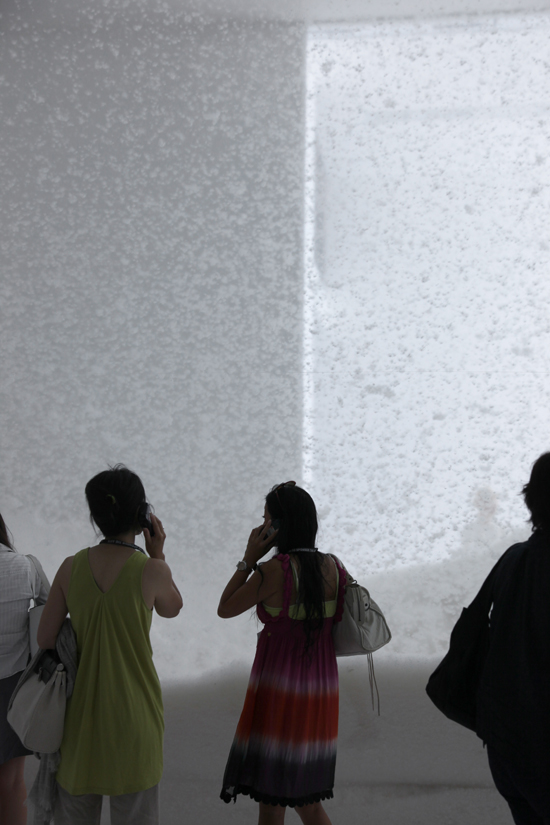 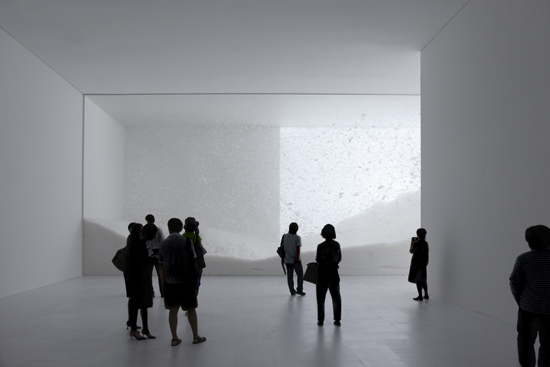 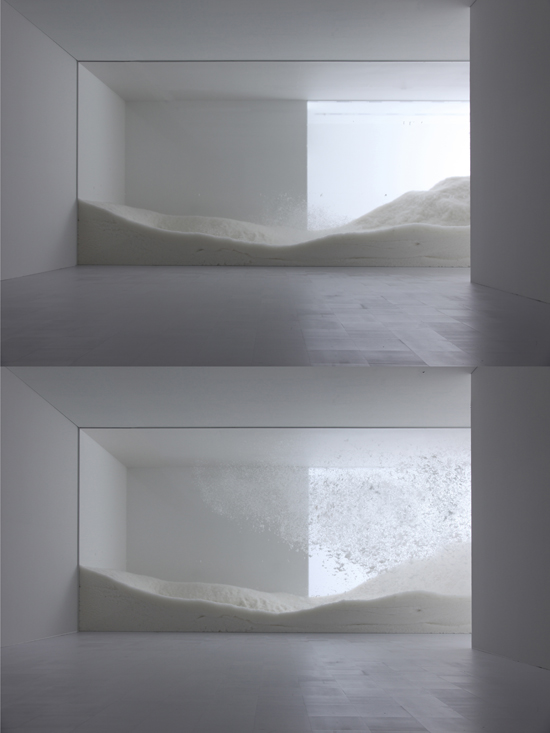 other works on show by tokujin yoshioka hist pieces ‘the light’ and ‘waterblock’: 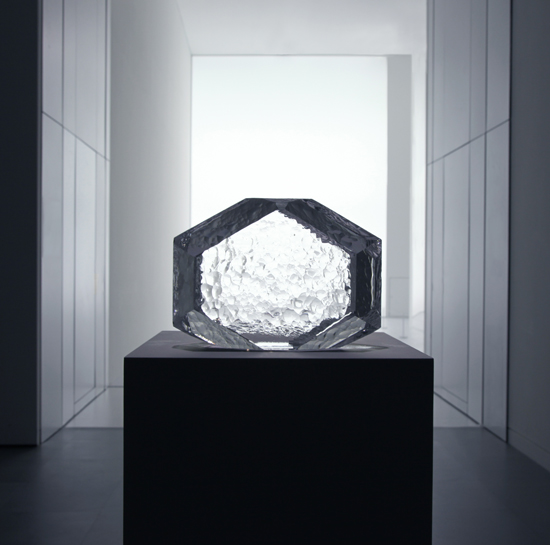 ‘the light’ by tokujin yoshioka 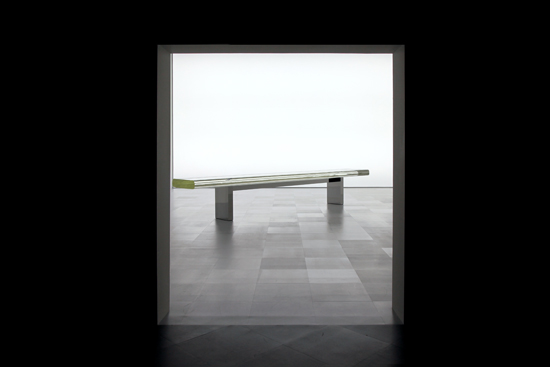 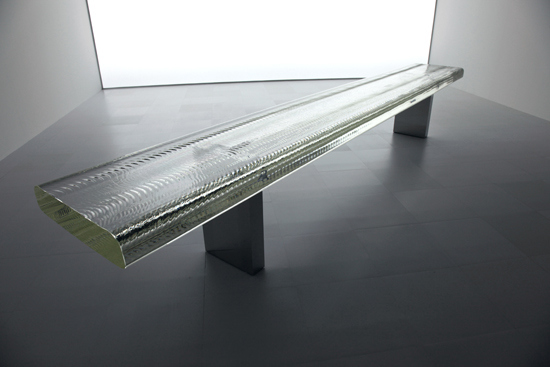 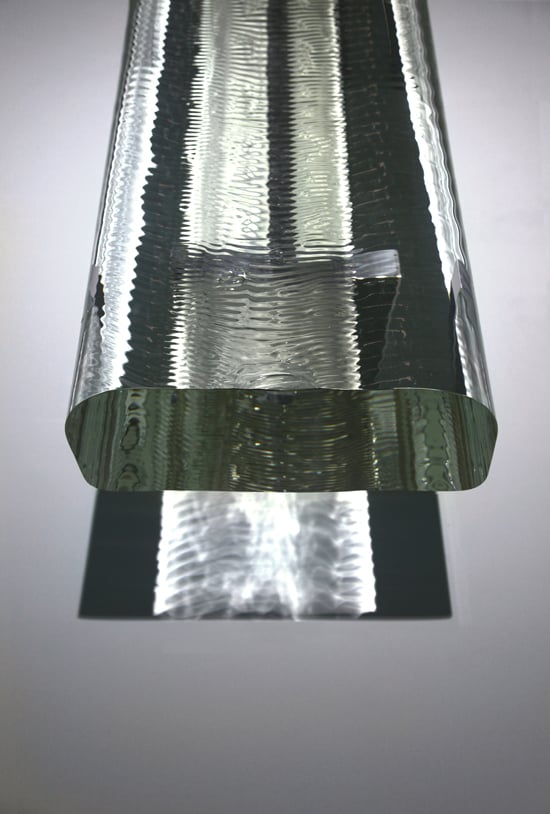 up close of ‘waterblock’ 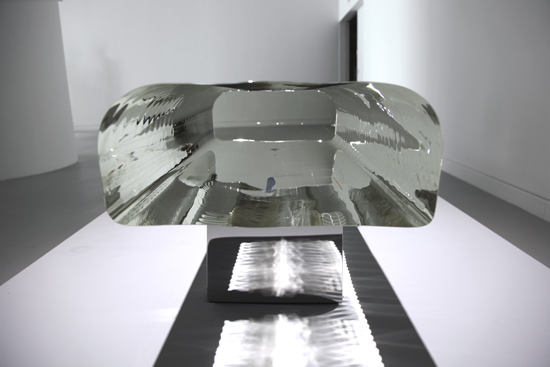 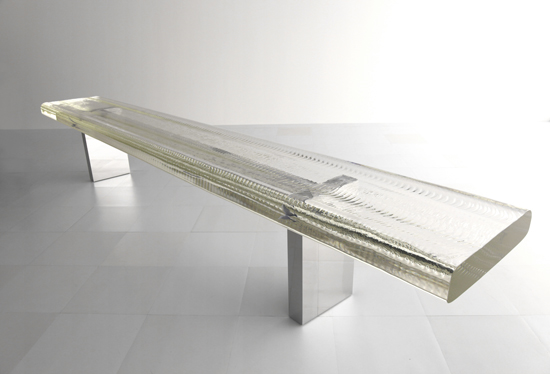 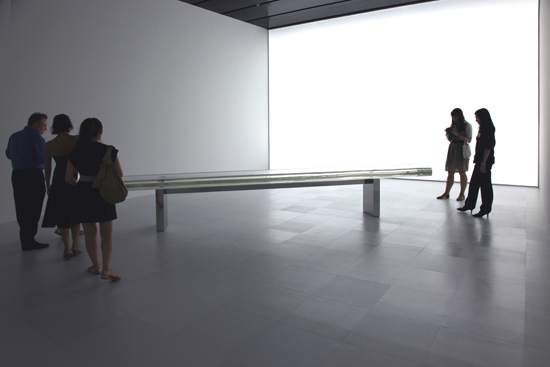 Jun 01, 2021
naturally cooled 'groundfridge' is a sustainable alternative to refrigerated cellars
'groundfridge' requires no electricity, as utilizes the insulating capacity of the ground and the cooler night air temperatures.
design
528 shares
connections: 64