having collaborated with kartell for numerous years, tokujin yoshioka has realized his first lighting design for the italian furniture brand with ‘planet’. the brilliant, glittering globe features a surface of complex facets, configured in a way that diffuses illuminosity randomly by means of a lens effect; brought forth by the thickness of the transparent resin from which it is made. the use of polycarbonate has enabled yoshioka to create an appeal that expresses the look of crystal so that it casts a light that is suggestive of the cosmos.

‘planet’ by tokujin yoshioka for kartell made its debut at the 2015 salone del mobile. 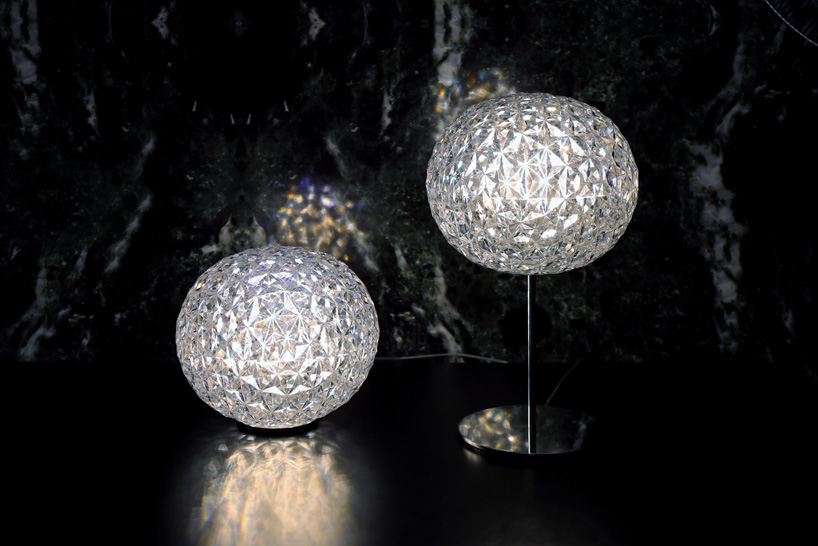 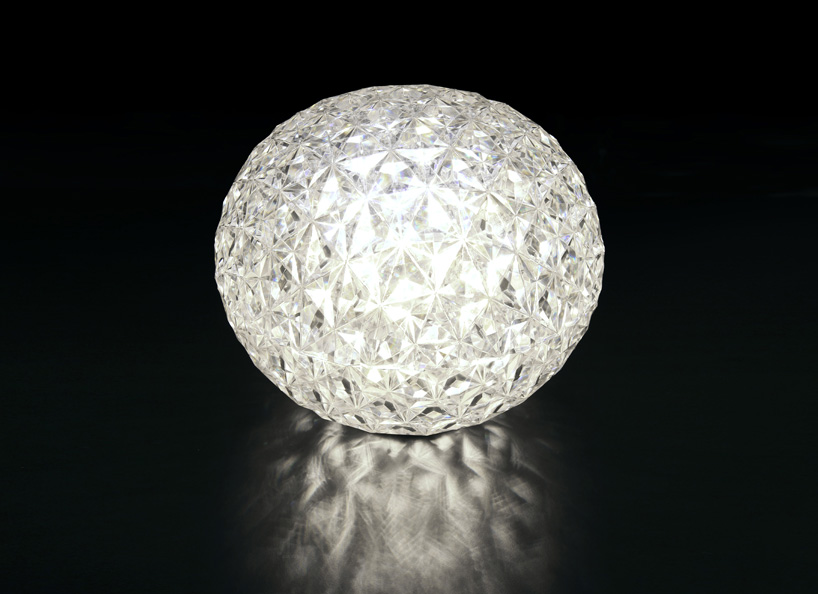 ‘planet by tokujin yoshioka for kartell 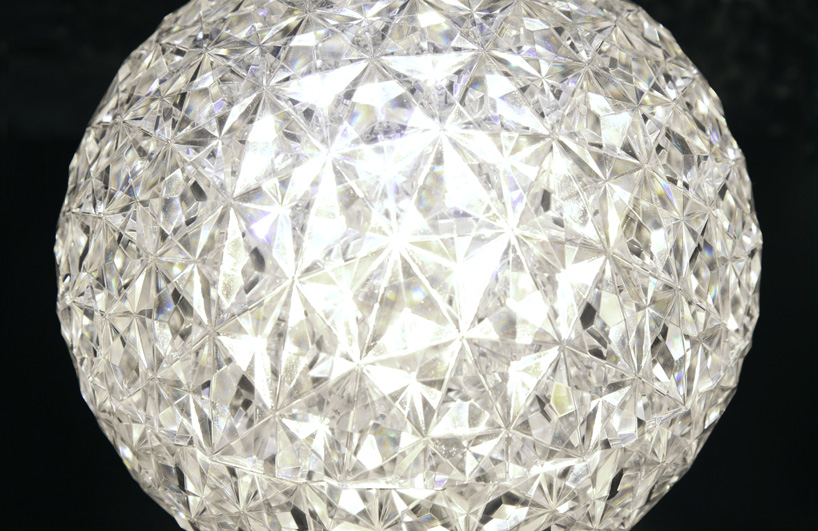 detail of the faceted surface which expresses the look of crystal 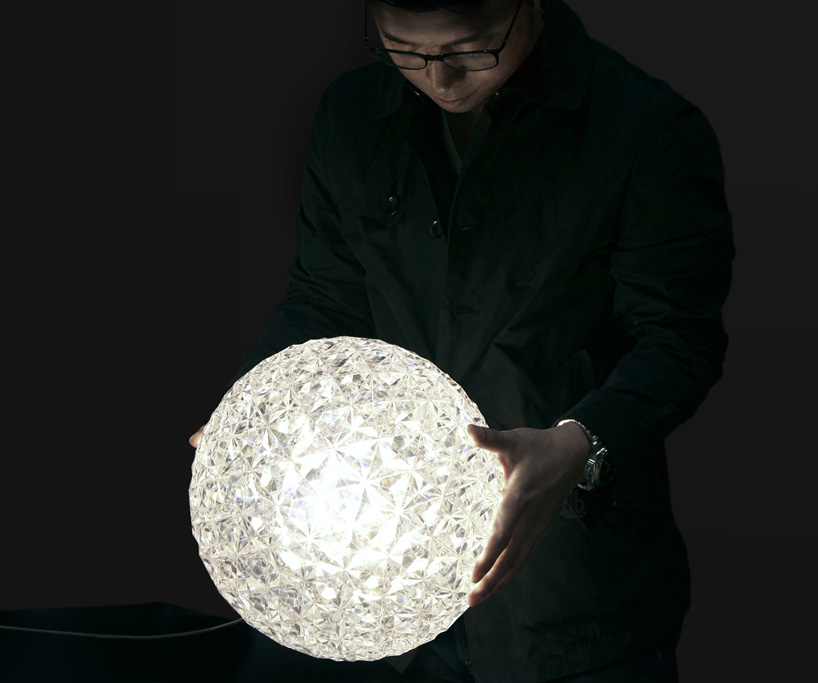 tokujin yoshioka with his ‘planet’, his first lighting design for kartell