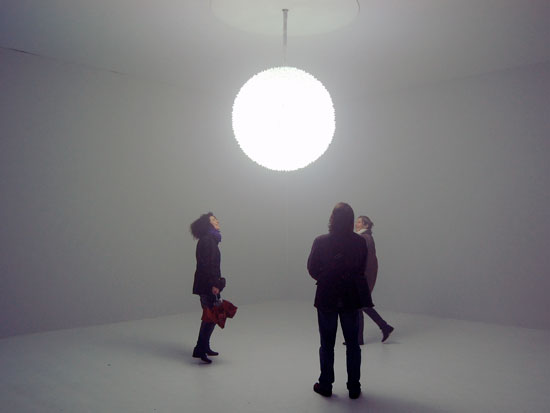 the chandelier is based on tokujin’s attempt of creating an artificial star, but in a spherical form. focusing on the beauty born out of coincidence during the formation process of natural crystals, ‘stellar’ is the result of tokujin’s ongoing research development of growing crystals within an aquarium, which he first presented in 2008 in the form of a ‘venus chair‘ at the ‘second nature’ exhibition at gallery 21_21 design sight in tokyo. 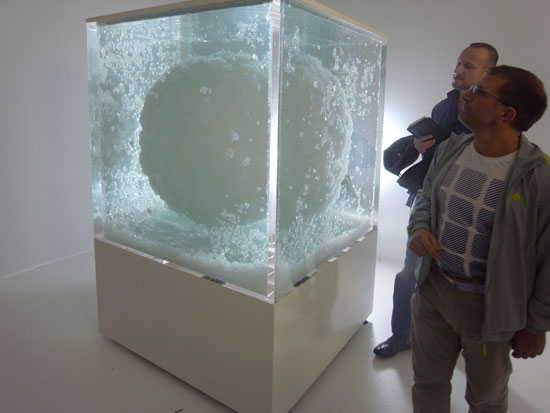 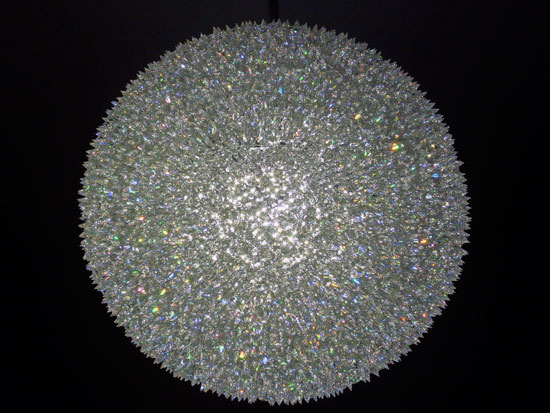 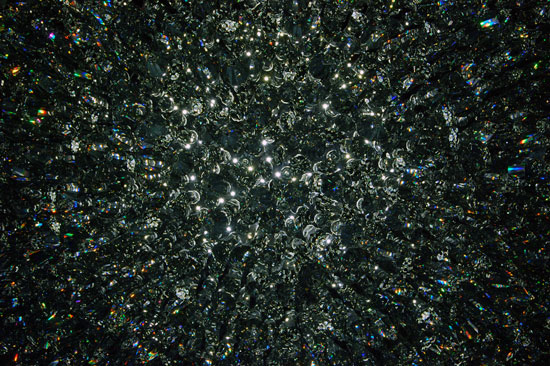 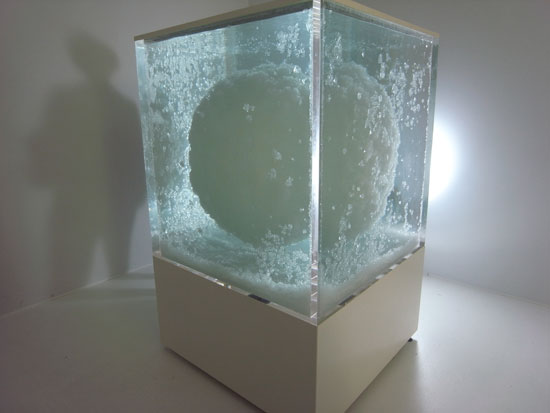 display of natural crystal being grown inside an aquarium image © designboom

half of the production process for stellar was guided by tokujin, while the other half was in the hands of ‘mother nature’. a block of soft polyester fiber was placed within a large aquarium with a certain chemical solution, where a special mineral was melted within. upon the polyester fiber, the natural crystal began to form its structure and continued a gradual growth until its completion.

‘…this unpredictable element makes me feel the serendipitous beauty in nature. it took approximately one month to complete the work. (…) I let the tiny crystals grow and create a spherical formed crystal in the early stages of the ‘stellar’ and I tried to express, through swarovski crystal, the beauty, fortuity and breathtaking figure which comes out of the growing process of natural crystal. ‘ tokujin yoshioka 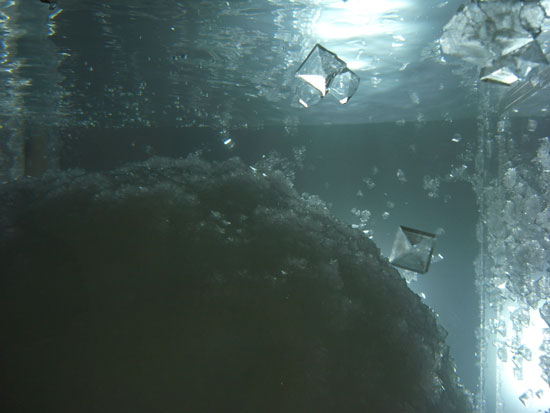 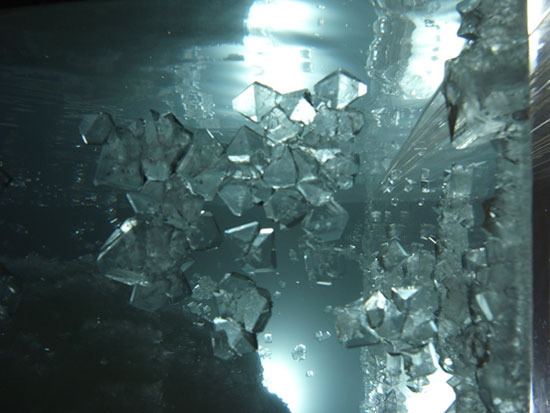 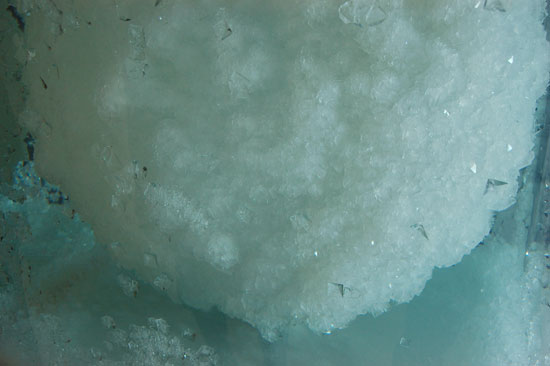 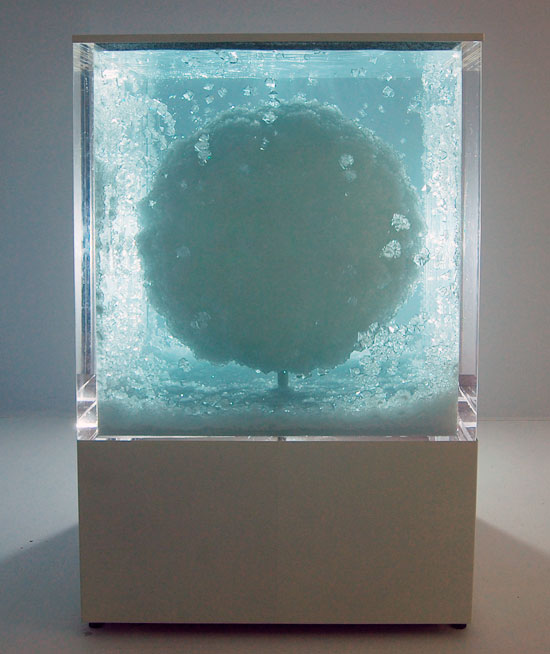 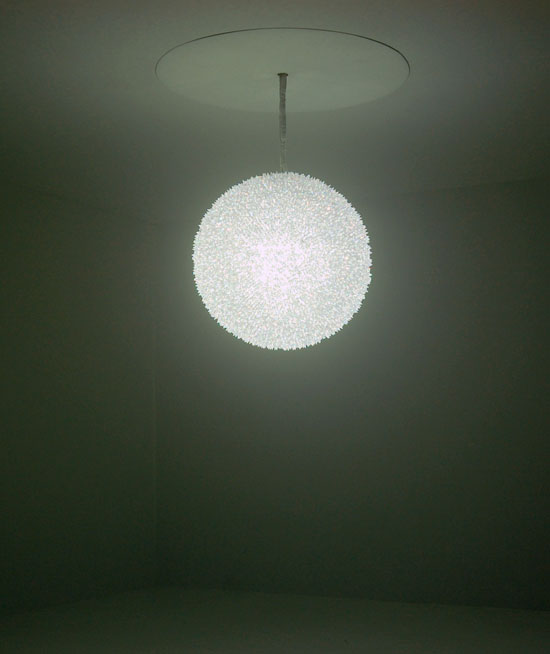 tokujin’s ‘stellar’ was one of the most beautiful installations of milan design week 2010,