tokujin yoshioka‘s original ‘water block’ is a monolithic bench made of glass, that forms the shape of solid water—expressing the beauty of chance born at the moment when the glass is solidified and beautiful ripples surface. permanently installed within the impressionist gallery of the musée d’orsay in paris, it sits alongside masterpieces by cézanne, degas, manet, monet and renoir. 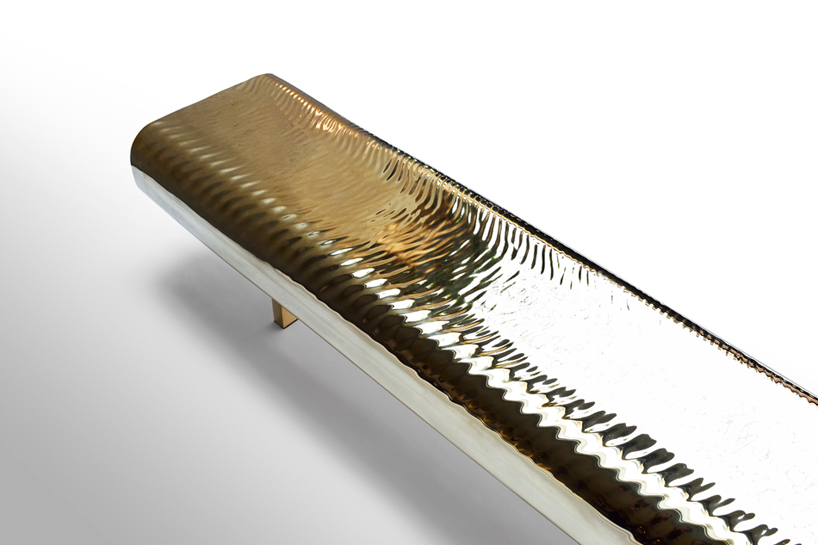 ‘water block’ is a monolithic bench made of glass, that forms the shape of solid water

taking the same transparent and fluid form, the japanese designer has now rendered the glass bench in brass using the exquisite casting technique employed in the production of traditional buddha statues in japan that has been inherited over the years. during this casting process, the brass is melted in a 1100℃ furnace and poured into a sand mold, thoroughly polished by experienced craftsmen, resulting in a shimmering gold surface. 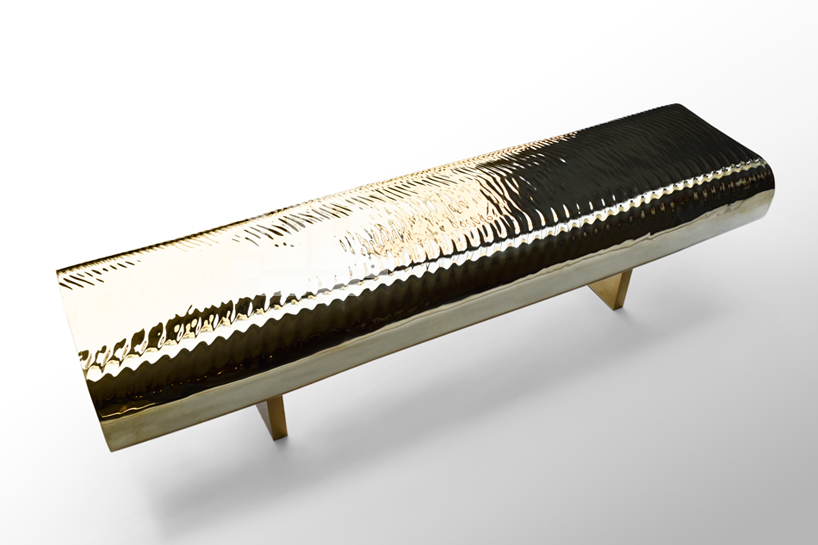 the ‘water block’ was realized in golden brass on the occasion of an exhibition at the golden pavilion temple – kinkaku-ji in kyoto, japan. the structure was built as a symbol of kitayama culture by ashikaga yoshimitsu, the third general of ashikaga shogunate during the muromachi period of japan in 1397. the design draws its metallic influences from the second and third floor spaces of the zen temple building—designated as one of the historic monuments of ancient kyoto, and is a world heritage site—which are covered with gold foils. 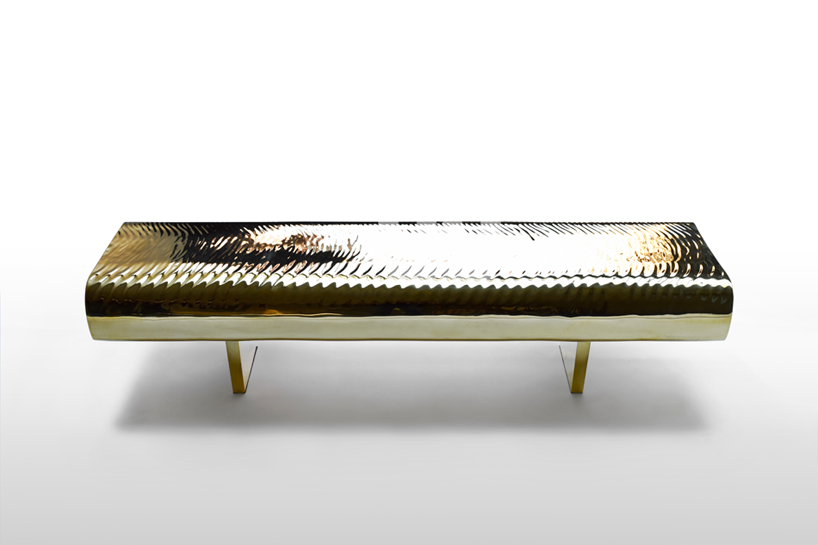 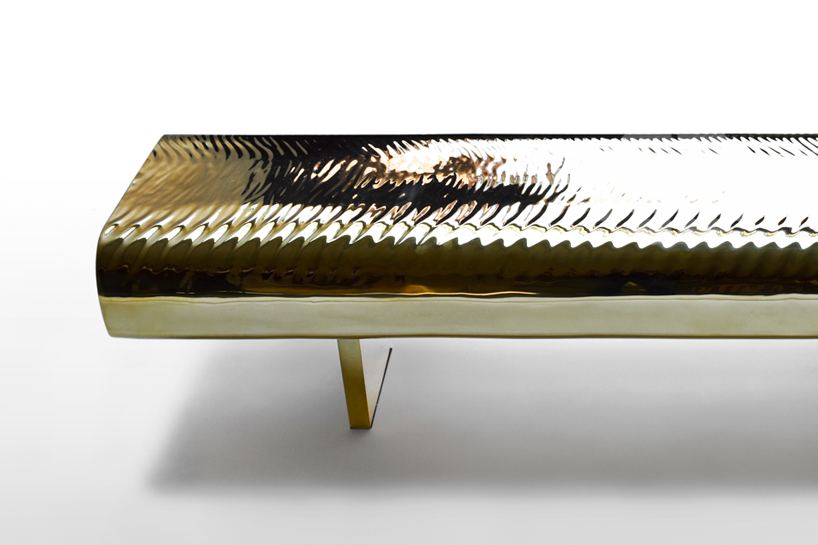 creating the subtle ripple effect across the surface of the bench

the golden pavilion temple - kinkaku-ji in kyoto, japan from which yoshioka drew the golden references for the bench 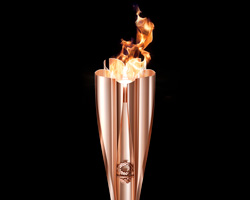 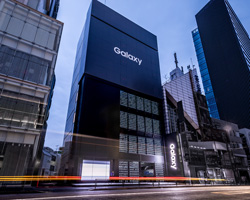