japanese designer tokujin yoshioka and swarovski crystal palace are collaborating on a project called ‘stellar’ to be presented at milan design week 2010.

in 2005, yoshioka designed a futuristic chandelier entitled ‘stardust’, which expressed a scene in which moving images were projected onto the dark night sky by infinite particles of light. then he created the ‘eternal’ stool, in which he imagined this idea of, ‘…bringing down a cluster of stars and its brilliant beauty from the sky and sealing them eternally into a transparent lump.‘ in 2007, yoshioka designed the ‘venus – natural crystal chair’, a chair of natural crystals growing within an aquarium. this new work for the swarovski crystal palace can be seen as an extension of this research.

for ‘stellar’, tokujin has brought together the explorations made in his previous work, with the intentions of creating a ‘star’, a large spherical illuminated crystal mass, descending from the sky, emitting rays of light into the exhibition space.

‘I am drawn to the beauty, transparency and poetry of crystals. crystal is transparent, but it catches light and brilliance. what is important for me is not just designing another new chandelier with crystal, but to create a star which shines into the viewer’s heart.‘ – TY 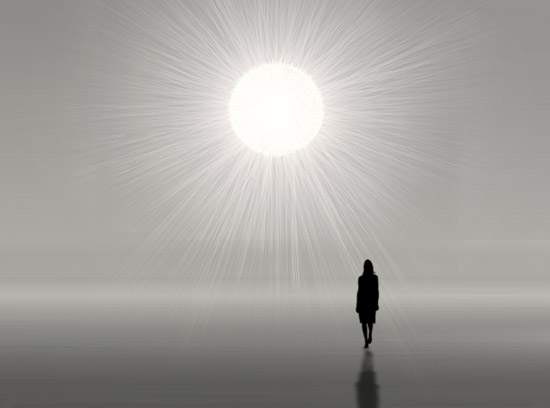 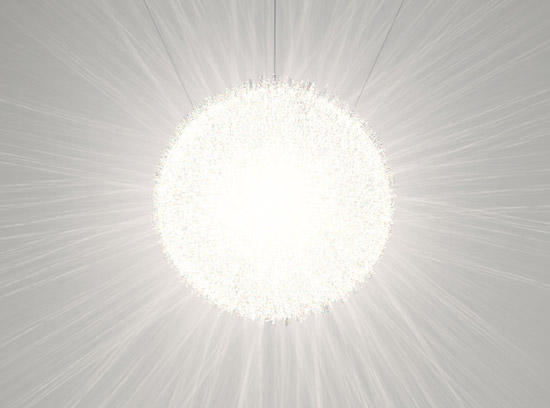 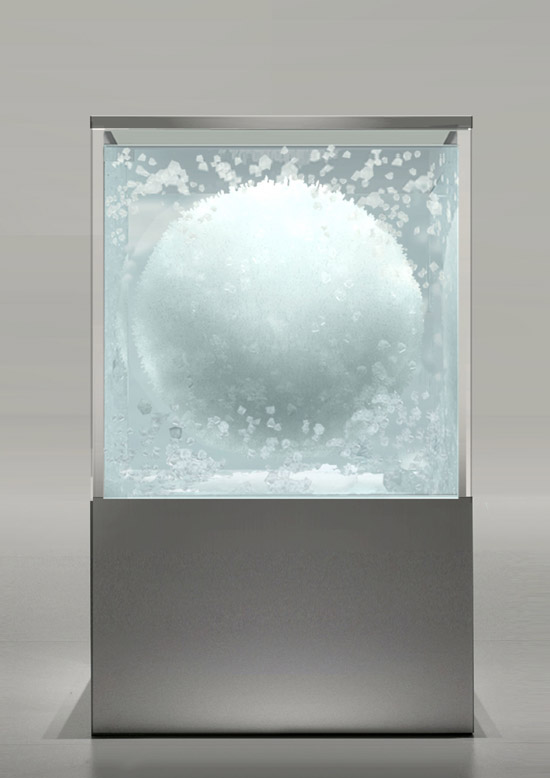