chris kirby’s ‘sprial lamp’ was part of this year’s prototype exhibition 02 at tokyo design week 08. the design is formed from a single sheet of laser-cut material, that is manipulated in a way which causes it to intermesh within itself. the resulting in an intricate spiral formation, that is almost shell-like. the lighting design is meant to explore interactions between light and matter, the impassable and transmissive, flat and voluminous and the progression from simple to complex. it can function as a floor, table or pendant lamp. 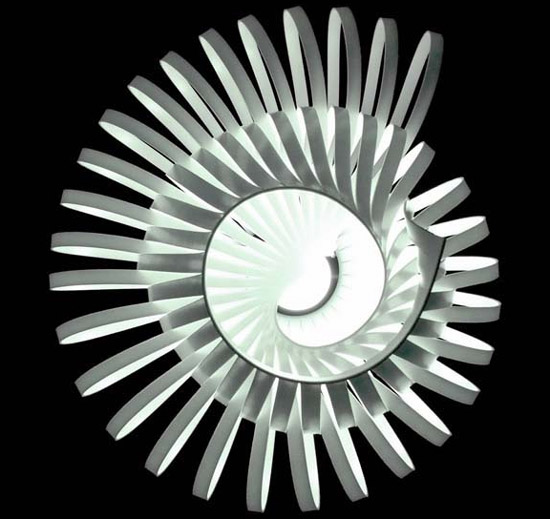 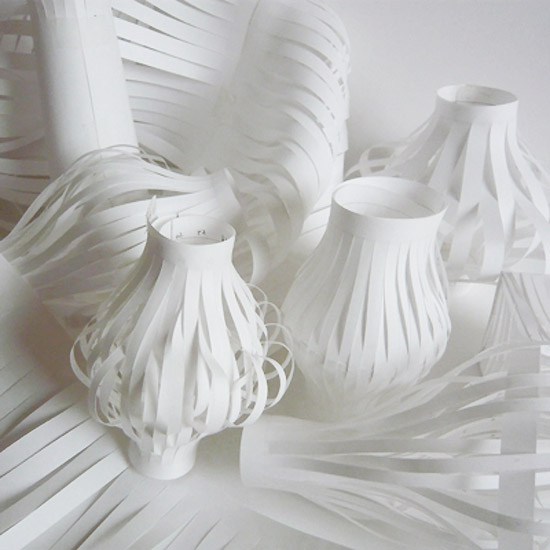 paper prototypes of the ‘spiral lamp’ 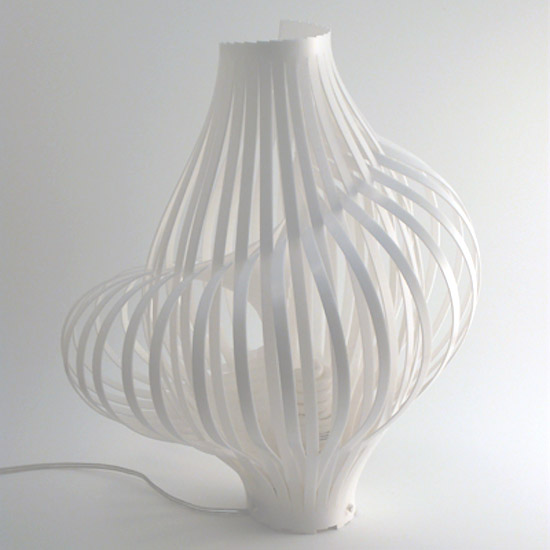 when laser-cut, the sheet material forms strips which curve and move into one another 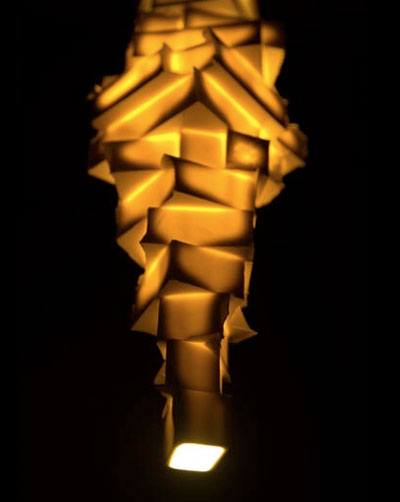