the works form a random cluster of reflective nickel- plated satellite tv dishes and radio antennae and comments on our increasing dependence on information as entertainment. the ‘satellite dish’ has been re-contexualized inside the gallery and given new status as a piece of design, raising questions of stability, permanence and how our society views beauty and function from separate sides of the room.   the works will be on display at designtide until november 3, 2008. 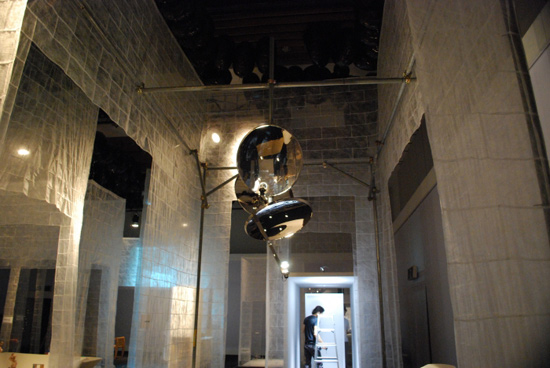 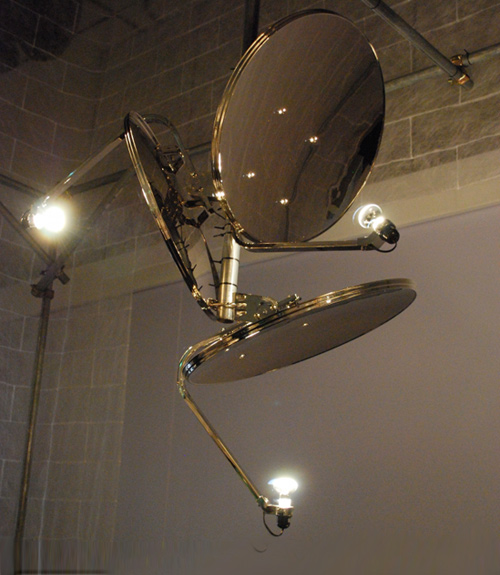 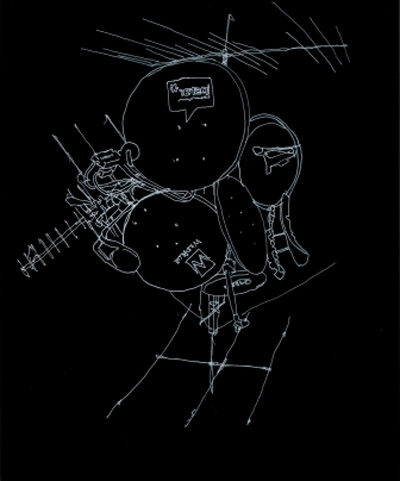