on show at the claska hotel’s gallery was a collection of furniture which spanish artist marti guixé designed for barcelona furniture label, ‘mixing media’. 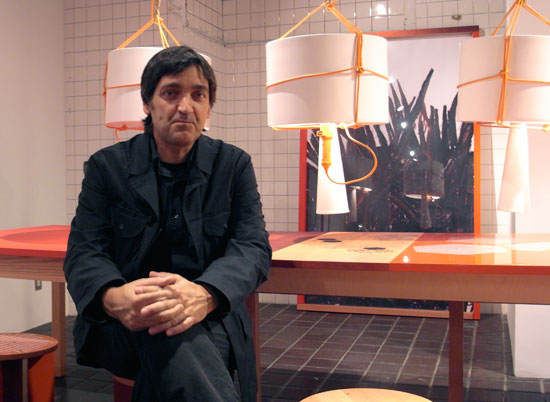 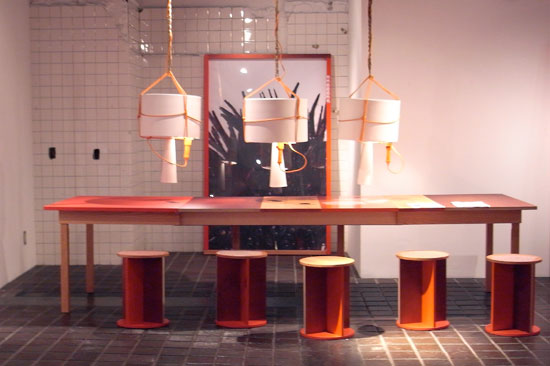 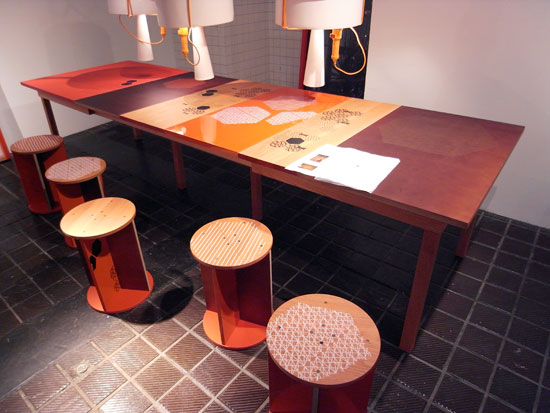 detail of the stools and table image © designboom

the ‘6 to 14’ is an extensible table which at its smallest size is 6 feet long, accommodating six people, but can fit up to fourteen people when extended. each of the extensions are made from different colors, materials and finishings. the surfaces come in glossy lacquered, painted and dyed finishes, silkscreen printed with gold and black patterns. 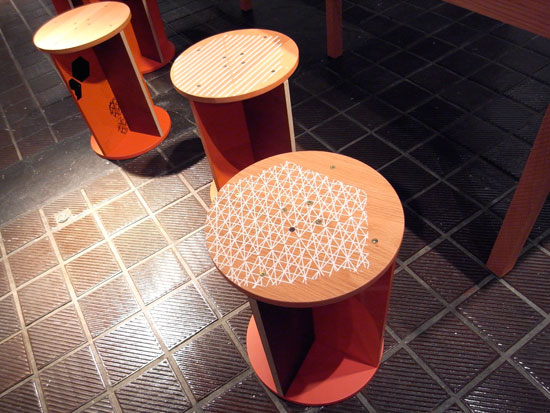 up close detail of the stool graphics image © designboom

the ‘torino’ stool can be used as a seat, stool or table. constructed from solid wood and aluminium, they are held together with ‘mixing media’ finishing screws. 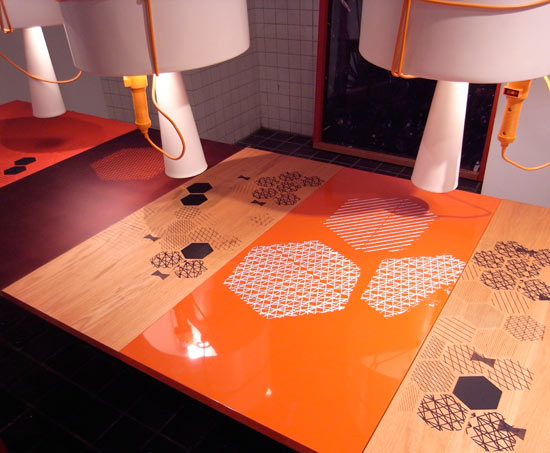 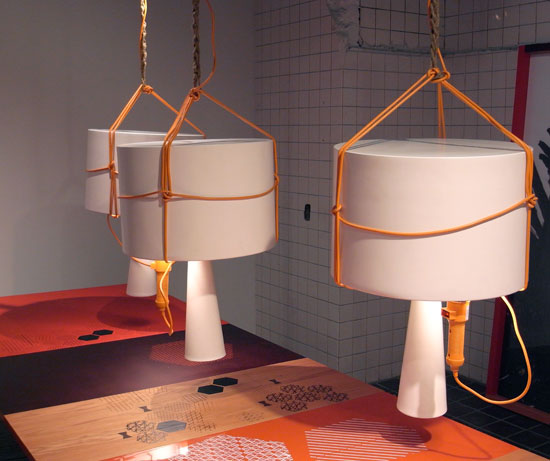 for the presentation of his ‘mixing media’ furniture collection, guixé invited professional bondage roping artist hajime kinoko to collaborate on an installation within his ‘mixing media’ exhibition. for one piece, kinoko wrapped electrical cord and rope around guixé’s famous ‘cau’ lamp designed for danese, which hung down from the ceiling. when asked if he liked binding and tying the designed objects, he prefers performing bondage techniques on real human beings. the installation will be sold with bondage works included. 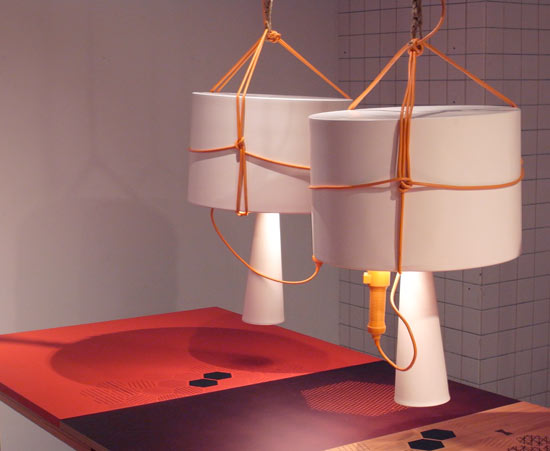 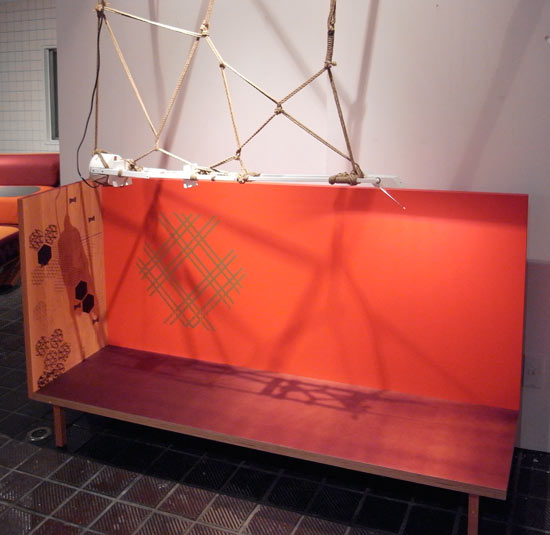 guixé’s ‘XZY element’ paired with iconic ‘tzio’ lamp designed by richard sapper. here, hajime kinoko has used his
bondage expertise to form a web, which hangs down from the ceiling and is wrapped around the ‘tzio’ lamp
which is presented in a horizontal fashion. 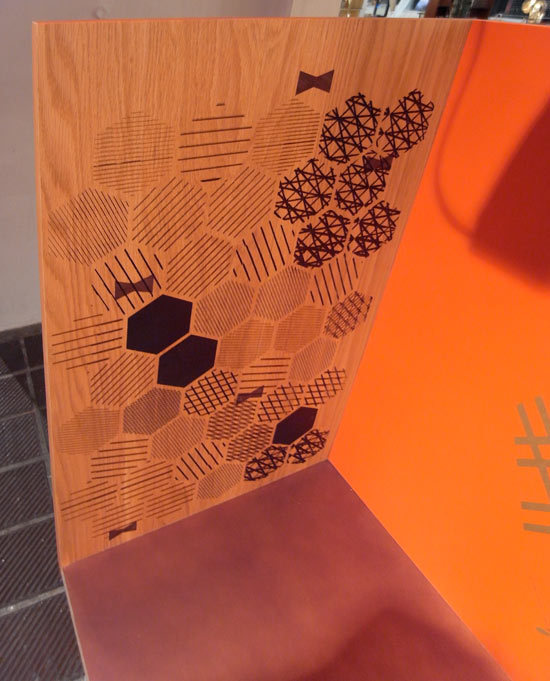 hexagonal graphics on the side of the ‘XYZ element’ image © designboom 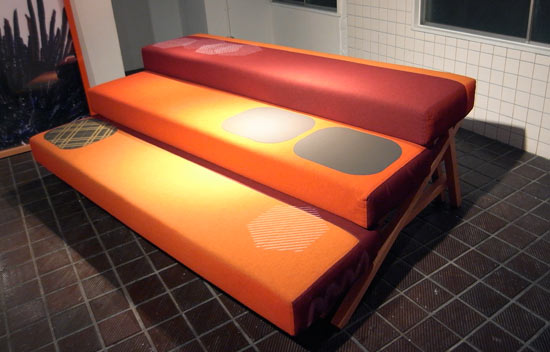 ‘scala’ sofa is set-up like staggered seating much like bleachers or stadium stands. the seating allows individuals to sit or lie down on it in an informal way. 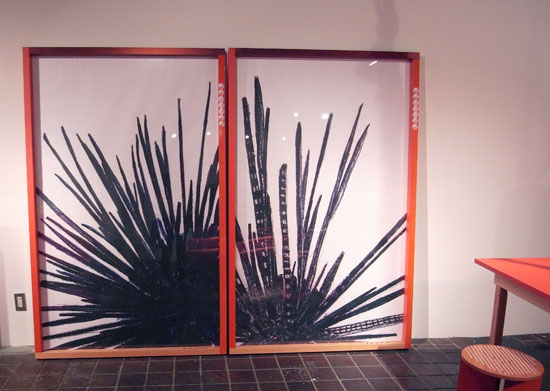 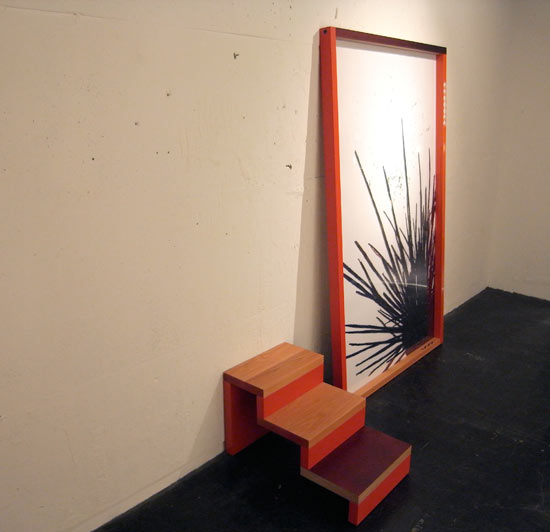 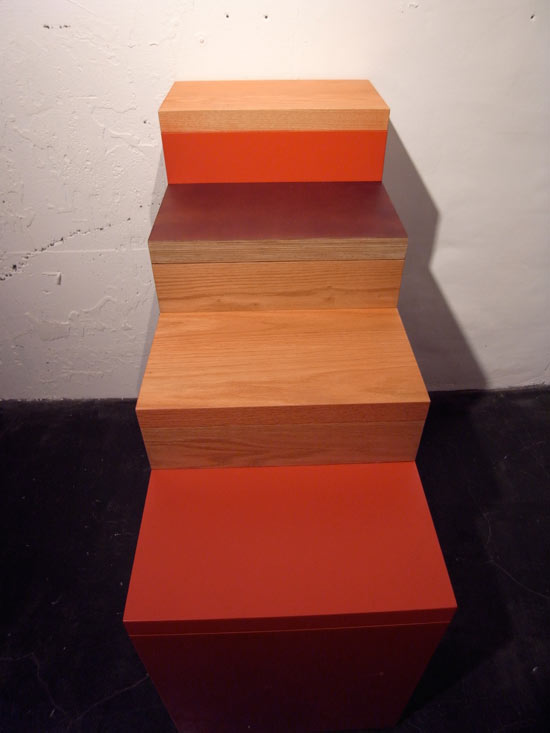 Jun 02, 2021
this bright yellow loopy chair by nik bentel is made from common tubular bike racks
the chair allows for a novel construction using the common formal language of the bike rack, while not having to create excess equipment for manufacturing.
design
933 shares
readers
connections: +300

Jun 01, 2021
naturally cooled 'groundfridge' is a sustainable alternative to refrigerated cellars
'groundfridge' requires no electricity, as utilizes the insulating capacity of the ground and the cooler night air temperatures.
design
808 shares
connections: 64