continuing with their year-long collaboration, tom dixon studio and caesarstone has showcased all four kitchens representing the four natural elements during milan design week. hosted within the historic 17th century cloister of rotonda della besana, the presentation sees the four kitchens: earth, fire, air and water coming together in a sociable restaurant and dining setting. cooking and design work side-by-side is this project to create a ‘deconstructed restaurant’, seen in the food being prepared to the elements incorporated into the details of the kitchens themselves. diners are encouraged to start off and move between the four courses, which are served in four different ways. 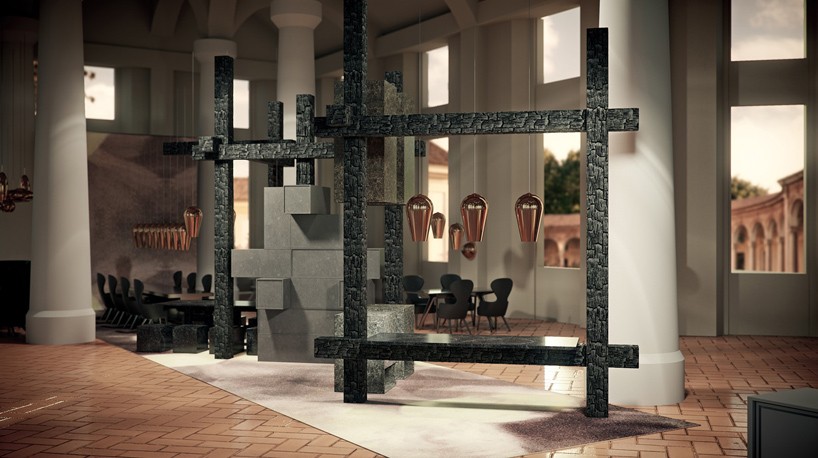 the four programs will operate as a restaurant all through the design week with the dishes created using electrolux grand cuisine appliances; the world’s first professional cooking system designed for the home. starting with the ‘air kitchen’, food is explored with techniques such as vacuuming, with the element of air demonstrated in all aspects: such as the lighting, surfaces, with thin, vertically-placed caesarstone slabs and cut-outs serving as cooking counters. meanwhile, the ‘earth kitchen’ is an exercise of the earthy nature of cooking. the conceptual kitchen incorporates brown tones of selected caesarstone designs including light mushroom colored tuscan dawn and concetto albero, made from assembled segments of petrified wood, vegetables grow out from the sculptural surfaces, with the arches mimicking that of the interior of the besana itself. 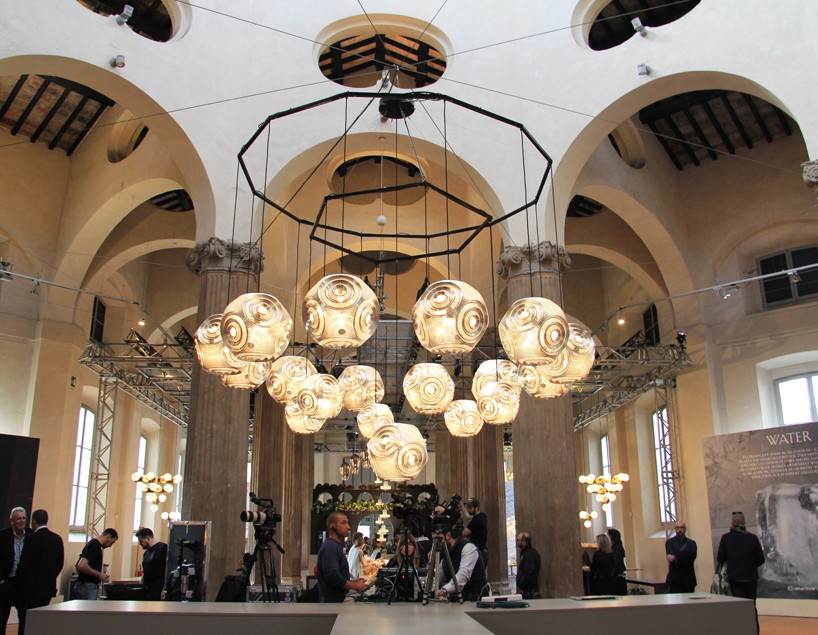 ‘the restaurant’ is presented with the rotonda della besana
image © designboom

‘the water kitchen‘ reflects the jagged edges of frozen ice and has been interpreted using a spectrum of caesarstone grey and white tonalities; for the preparation of food, methods varying from steaming to freezing will be utilized and will experiment with the material by subjecting it to extreme temperatures. lastly, ‘the fire kitchen’ is influenced by charred wood and smoke, using blackened beams and hints of gold. the food – smoked, seared and burned – will complete the conceptual experience. 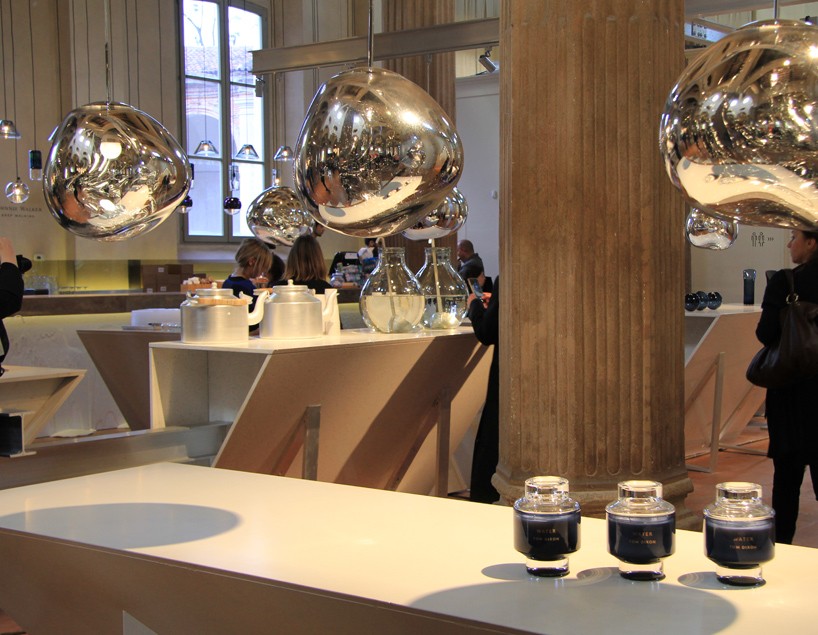 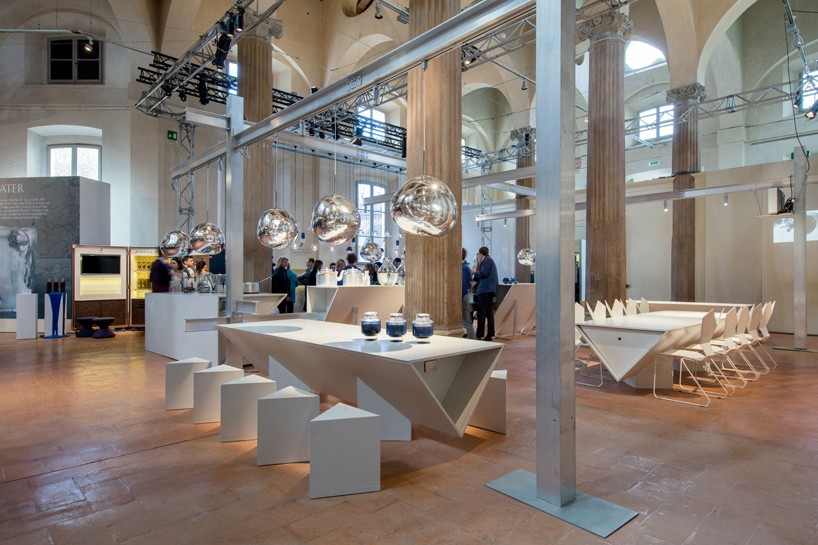 the water kitchen reflects the jagged edges of frozen ice 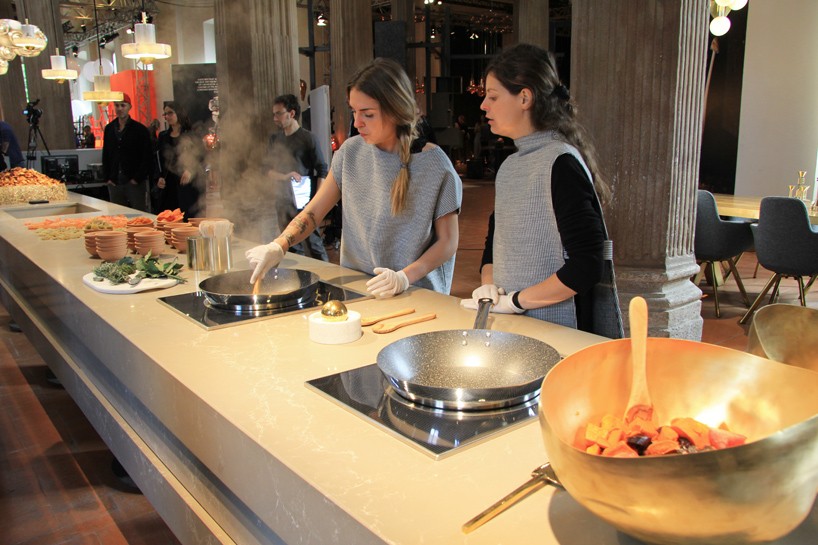 root vegetables are cooked in the ‘earth kitchen’
image © designboom 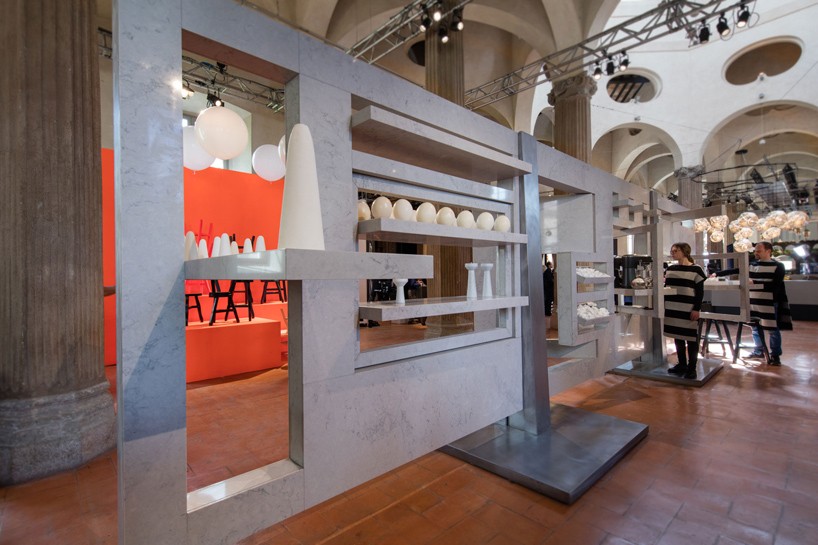 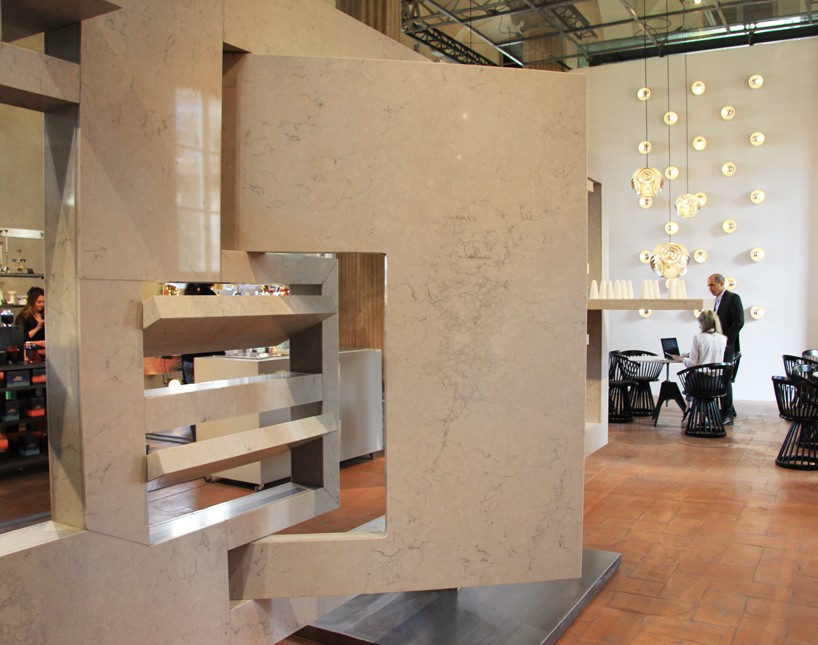 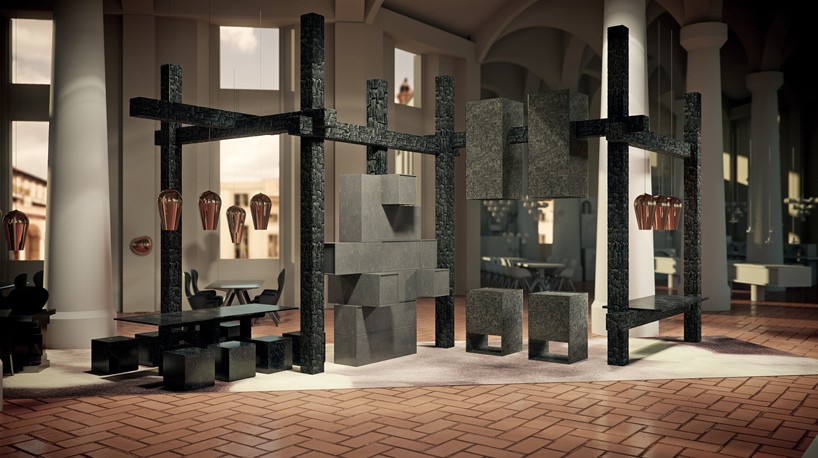