during a collaborative research workshop organized by dutch company arco, london-based okay studio created a series of new furniture pieces, including the ‘mushiki’ storage system by spanish collective member tomás alonso. named after the japanese word for steaming vessel, these side tables draw their shape and functionality from the stackable bamboo components of their namesake object’s design.

available in two sizes, each round structure features a column with a wooden hinge running along it, which allows various modules to be stacked, rotated and opened. like many of alonso’s designs, these tables combine simple elements to render more complex structures, enabling users to adjust its movable components to explore proportion and spatial relationships. with a strong emphasis on how humans relate to the products, alonso says: ‘for me it’s important that what I design makes its way into people’s hands and people’s homes. I would like my objects to be used, lived with and enjoyed.’ 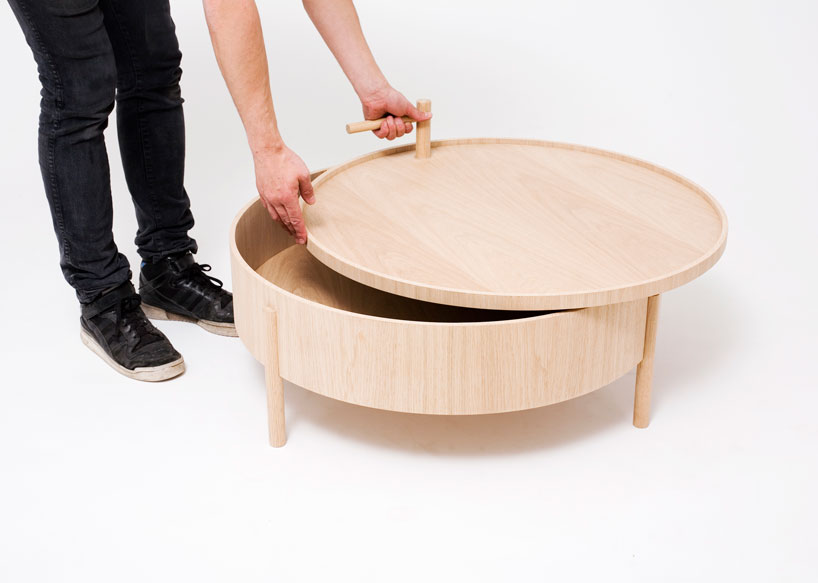 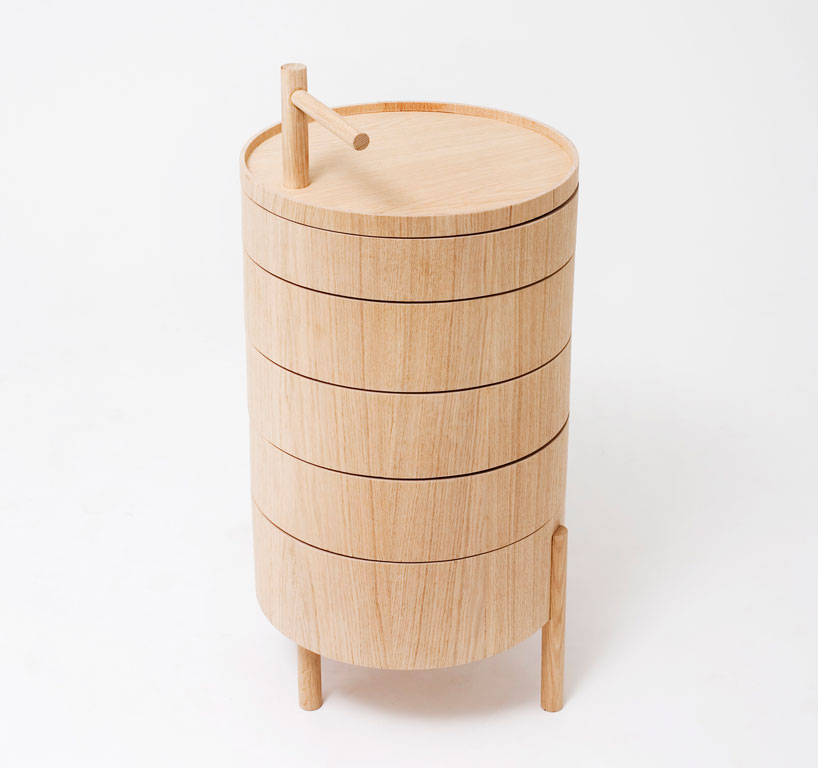 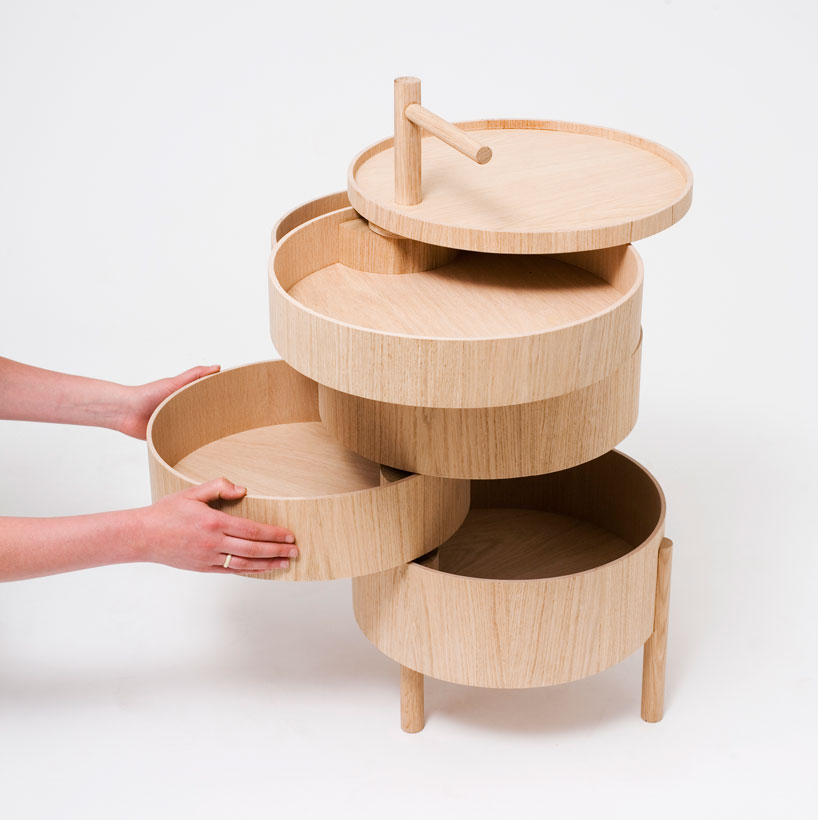 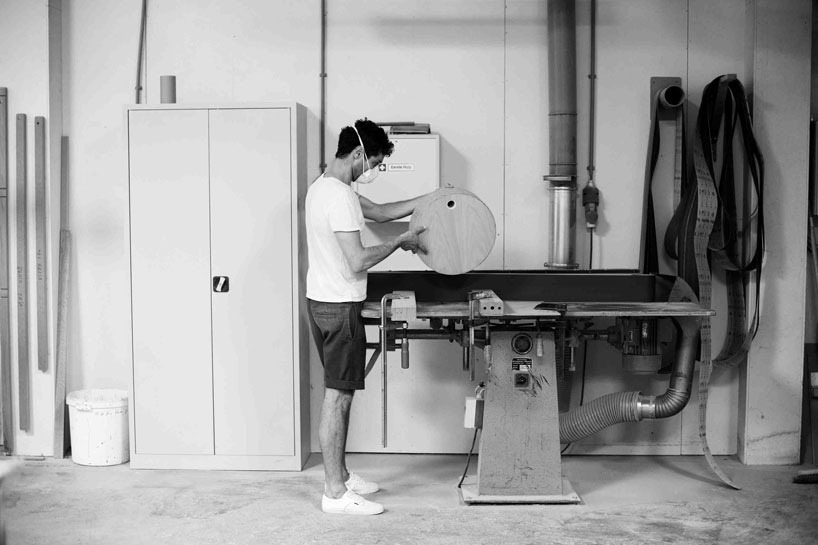 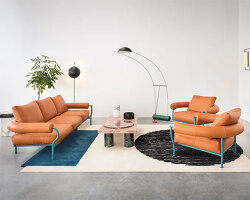 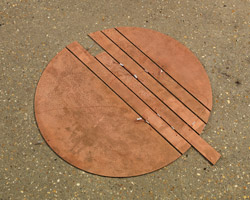 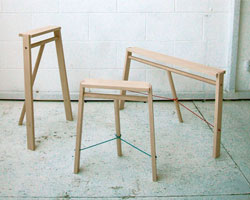