an exhibition in milan pays homage to the work of tomas maldonado artist,designer and industrial design theorist. at the triennale museum, milan, italy from 19.02. to 05.04.2009

born in buenos aires, argentina, in 1922, tomas maldonado attended the academia nacional de bellas artes. in the early 40s, together with jorge brito, alfredo hlito, and claudio girola, he signed a manifesto rejecting the selection carried out at the salón nacional, quoting the italian carlo carrà statement: ‘the suppression of imbeciles in art is essential’. 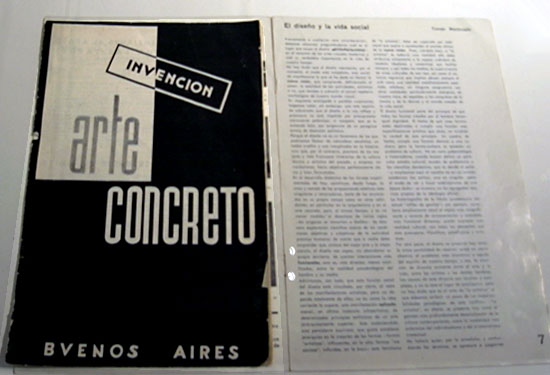 the periodical intended to disseminate the ideas and art of the group asociacion de arte concreto-invencion, edited by edgar bayley, simon contreras, alfredo hlito, and raul lozza, with texts by noted cultural figures explaining the foundations and manifestations of the movement, illustrated throughout after paintings, sculptures and portrait photographs. this issue is showing work by tomas maldonado and several articles by maldonado on his reflections about concretism. 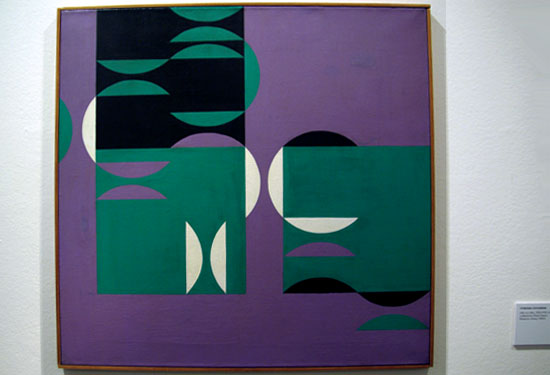 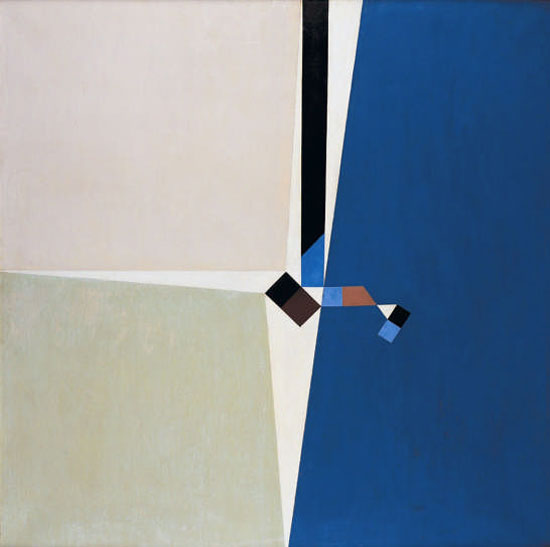 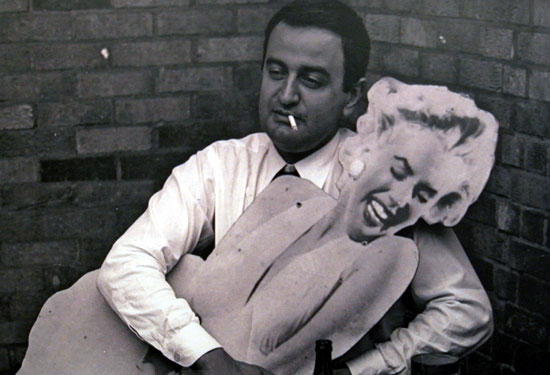 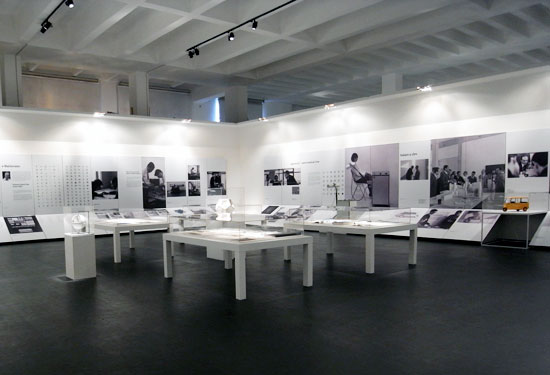 this room shows works by students of the Ulm school period, created under the guidance by professor tomas maldonado. HfG history 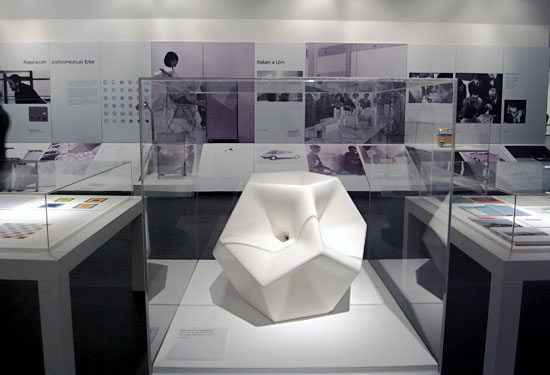 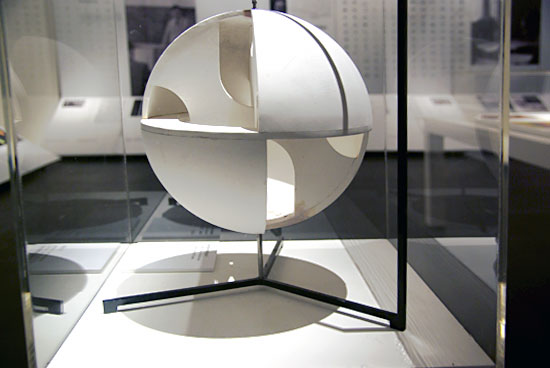 as the advocate of an objective and socially aware design for industry, Ulm fashioned a new generation of objects, tools, and transportation and communication systems. the Ulm style—pearl gray with matte finish, adjustable legs, reduction of ornament to a fundamental and pure geometry of form—is embodied in the familiar krups and braun product lines and continues to define the look of today’s electronic instruments. 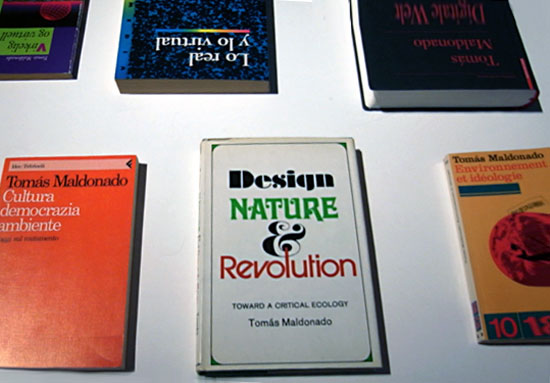 maldonado strongly articulated his position in a seminal, 1970 book la speranza progettuale which was translated into english two years later as design, nature and revolution: toward a critical ecology. as a core theme, maldonado focused on the human environment, which he characterized as “one of the many subsystems that compose the vast ecological system of nature.” 2 following a systems theory model, he claimed that among subsystems, “only ours possesses today the virtual and real capacity of provoking substantial – that is irreversible – disturbances in the equilibrium of other subsystems.” 3 designers are complicit in this process, but maldonado raised the question of how their role could change. the impetus for his book was the urgency he felt to counter the rapid degradation of the environment and, although he recognized that autonomous design action is difficult in any social system, he urged a substantial effort on the designer’s part to play a role in a process of social change. maldonado emphasized autonomy, recognizing it as a difficult state to achieve. nevertheless, he made the sartrean argument that “however things are, the designer must act, he must definitely abandon the ‘waiting room’ in which he has been forced to remain until now. and he must act even if he does not know whether in the end autonomy will not prove to be an illusion.” 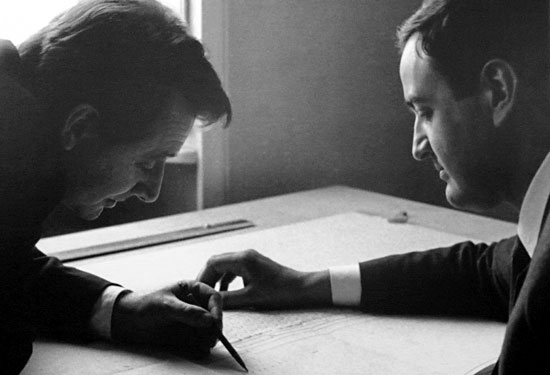 the exhibition also presents photographs, objects and original documents relating to projects carried out with ettore sottsass for olivetti 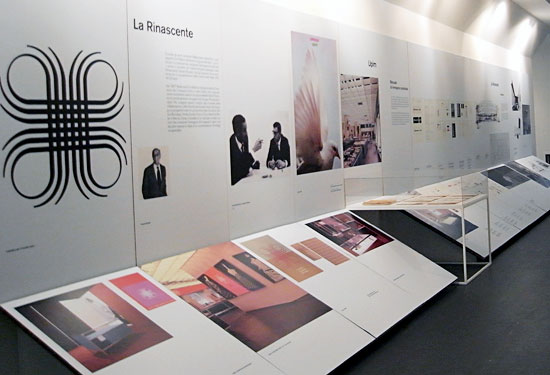 this sector of the exhibition features maldonado’s work on the corporate identity of the gruppo rinascente. 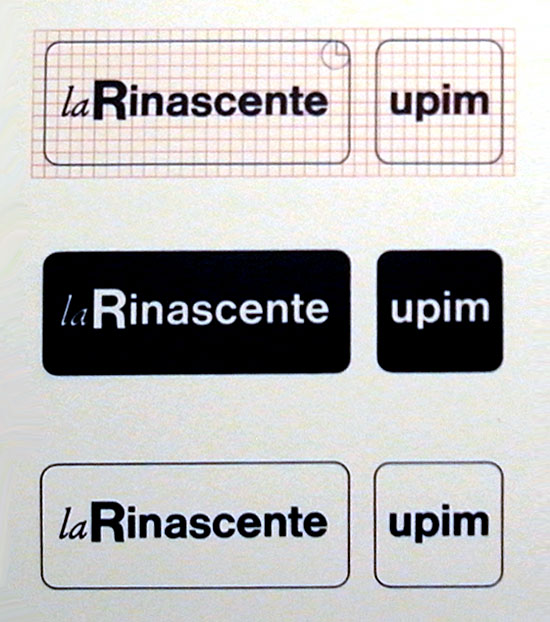 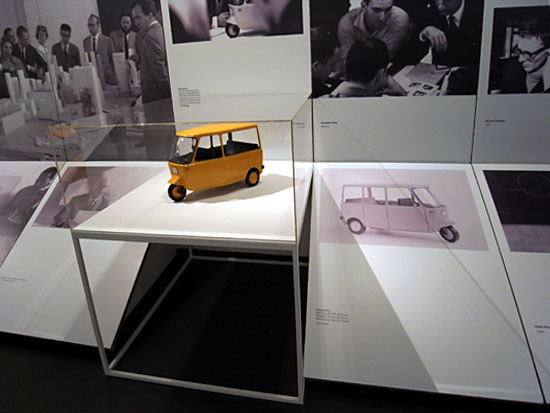 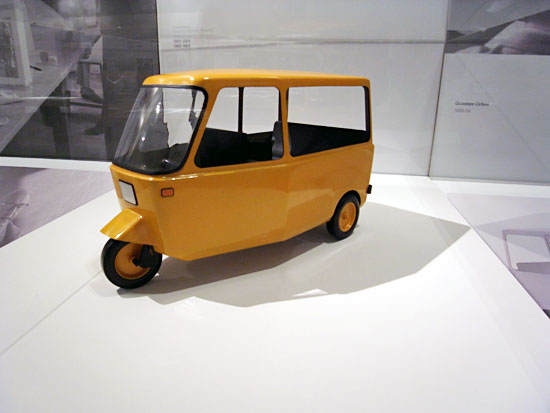 furgoncino created by students at the ULM school, 1964 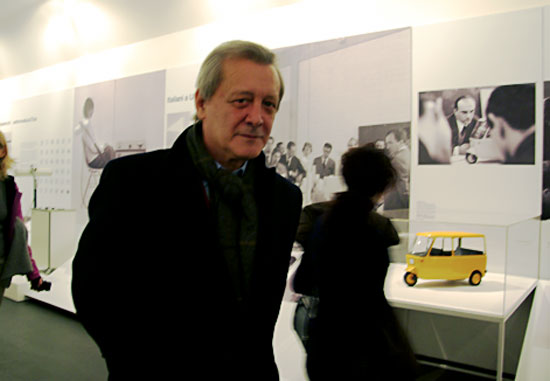 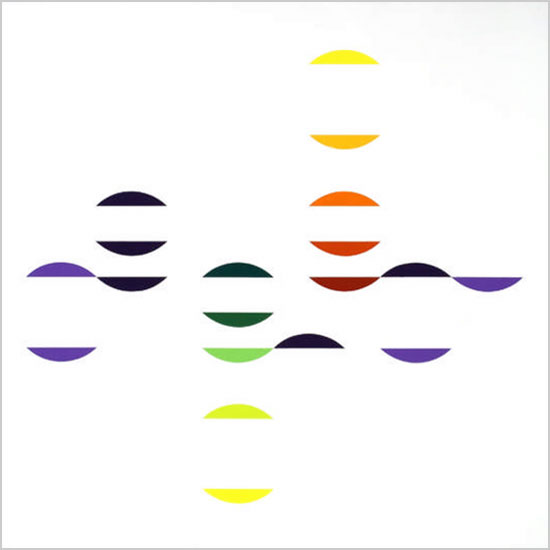 tomas maldonado entered the city’s academia nacional de bellas artes in 1938. he traveled to uruguay in 1941 and went to joaquín torres-garcía’s montevideo studio, a trip that greatly influenced maldonado’s work. he met torres-garcía follower carmelo arden quin in buenos aires, and their philosophical debates attracted other young painters and poets.

maldonado rejected gestural abstraction, turning instead to the aesthetics of scientific objectivity. in 1945, he and other arturo contributors formed the asociación arte concreto-invención. with his brother and edgar bayley, he co-wrote the manifiesto invencionista. In 1948, while in europe, maldonado met max bill, the prominent swiss concrete artist. bill later traveled to buenos aires and, in 1954, invited maldonado to teach design at the hochschule für gestaltung in Ulm, germany. maldonado became the director of that institution.

during its brief existence from 1955 to 1968, the HfG Ulm exerted an influence that no one could have predicted from its small size, improbable location, or short lifespan. originally conceived as a successor to the bauhaus, the school quickly abandoned that model and set out to explore the uncharted territory of designing for mass production. the school became an extraordinary laboratory of design and center of talent. more than twenty years after its closing, ulm is still considered the most important european school of design since the bauhaus. in 1965, he was lethaby lecturer al royal college of arts in london, and from 1967 to 1970 he teached ‘class of 1913’ at the school of architecture of the princeton university.

in 1969 he moved to italy, where he lives today. most of the books he published in italy. decided to donate his architecture and design archive (over 1,500 books and 600 volumes of magazines) to the milanese triennale institution. 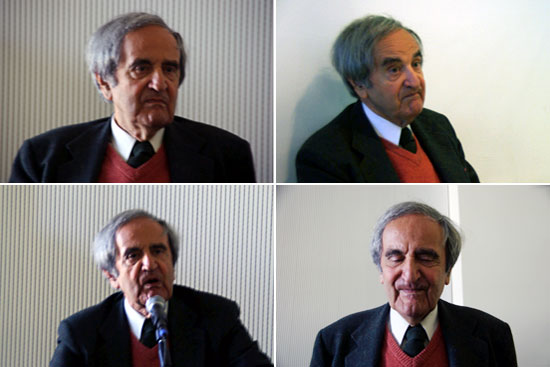 tomas maldonado at the opening of the exhibition portrait images © designboom