conceived by japanese designer tomoko azumi, the ‘silver pigeon trophy’ was developed for the british council as the award for best national contributions at the london festival of architecture. the construction of the trophy is mostly made in paper — reflecting of the traditional symbolic materials from japan. by folding and stitching the top layer, a brass rod holds the form in place, where it is supported on a base made exclusively by laminating sheets of paper together.

on july 5, 2012, the silver pigeon trophy was awarded to the namibian embassy for an exhibition ‘definition of space‘ by the namibian directorate of arts and polytechnic of namibia. 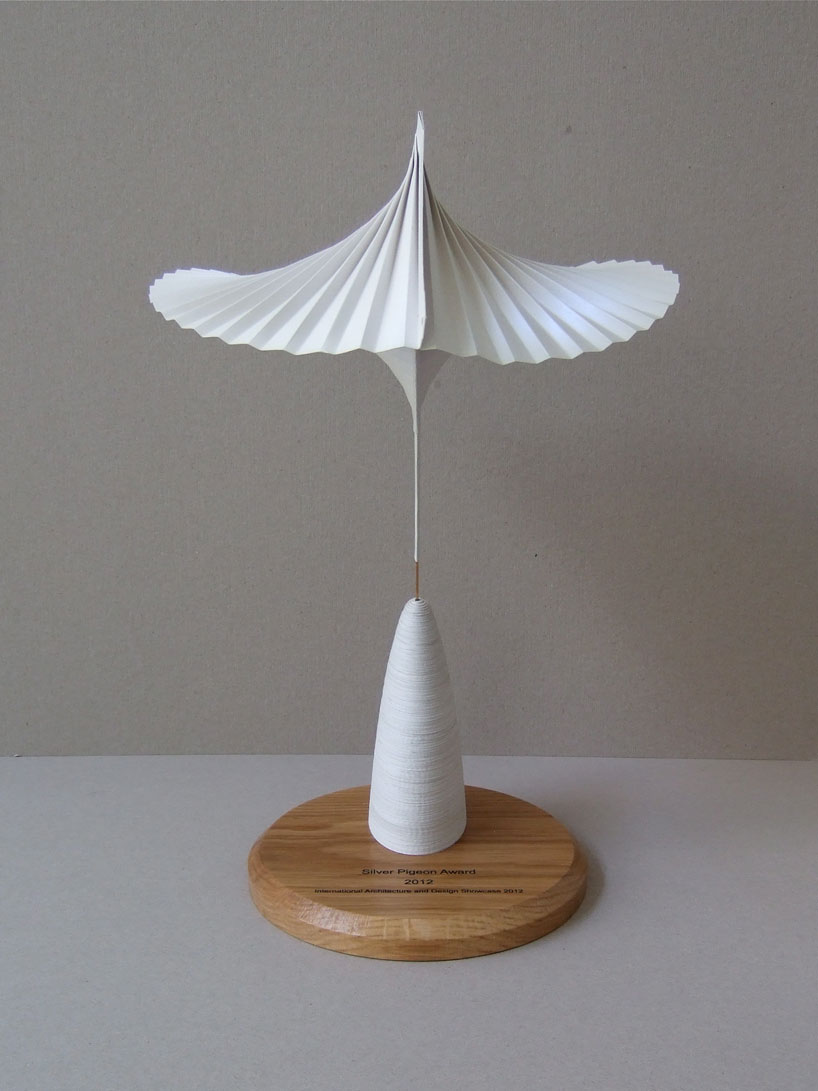 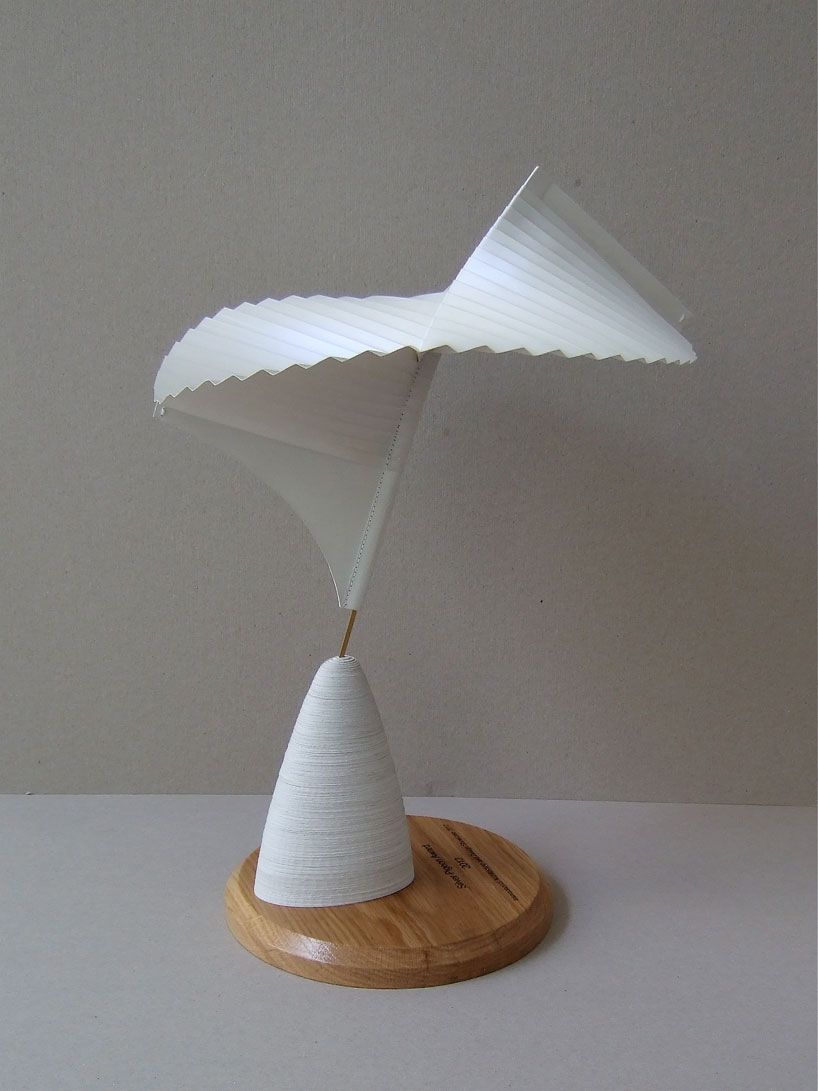 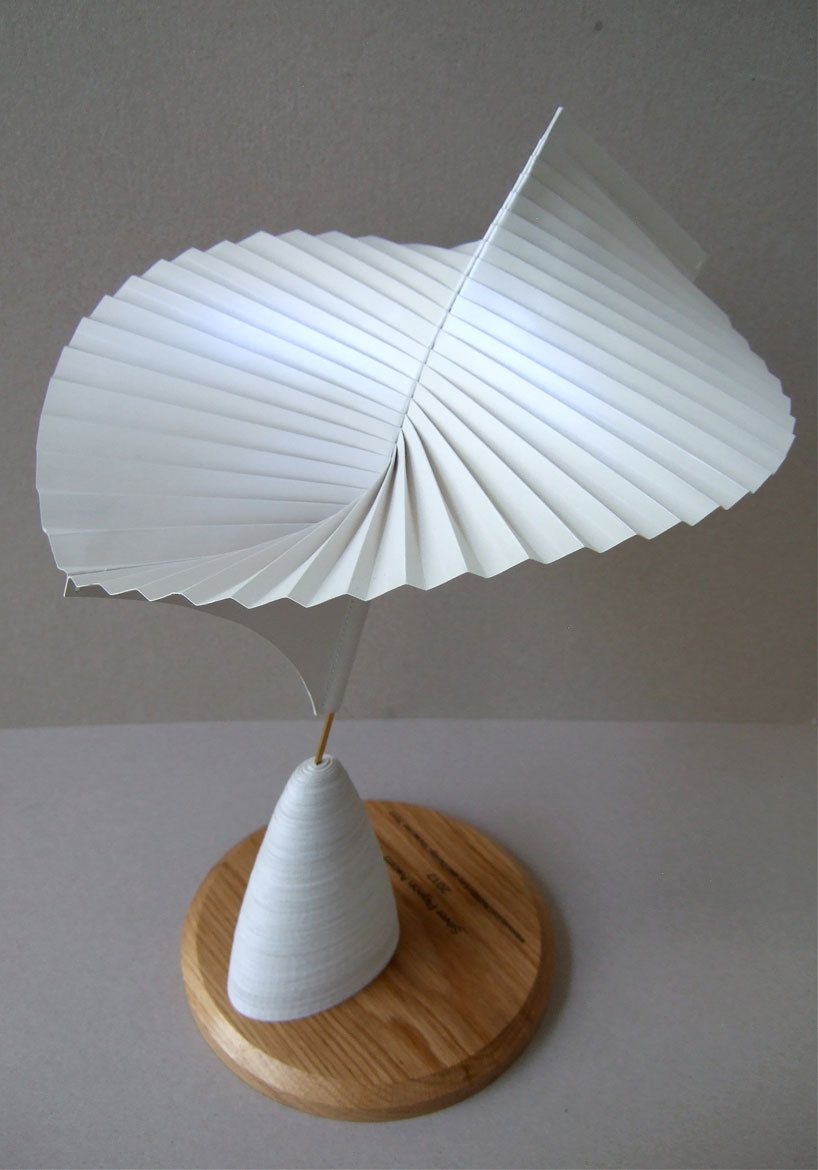 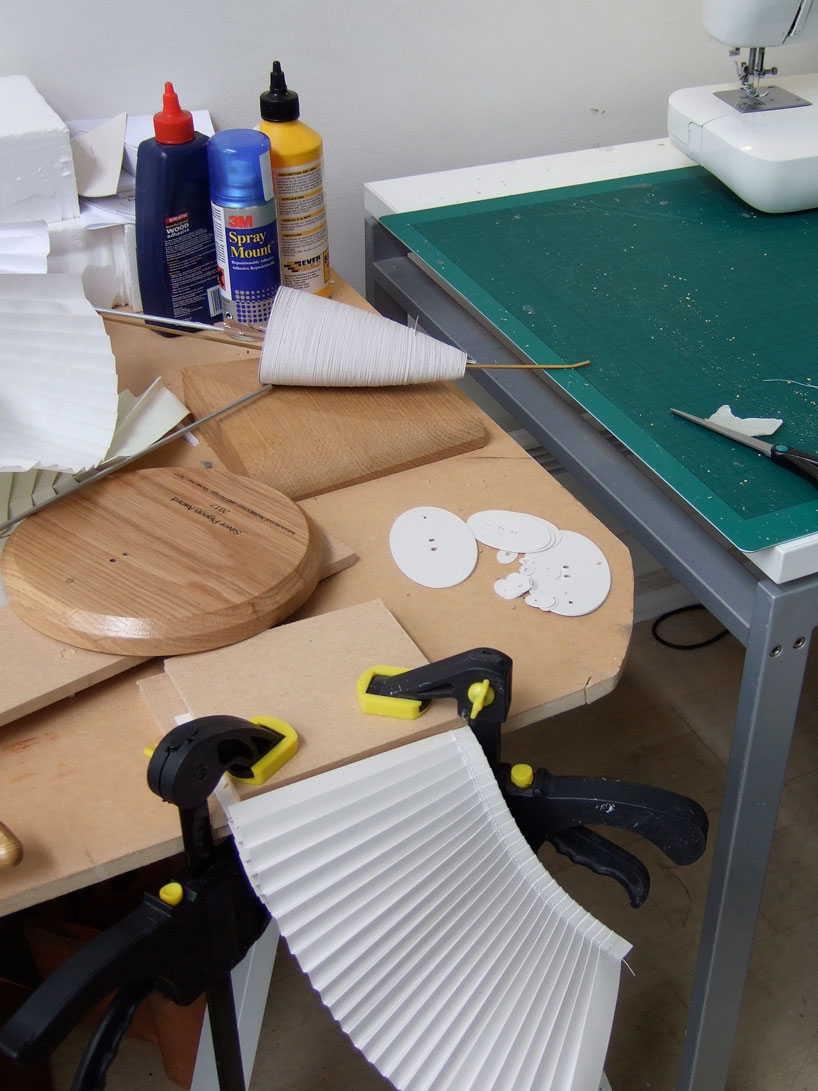 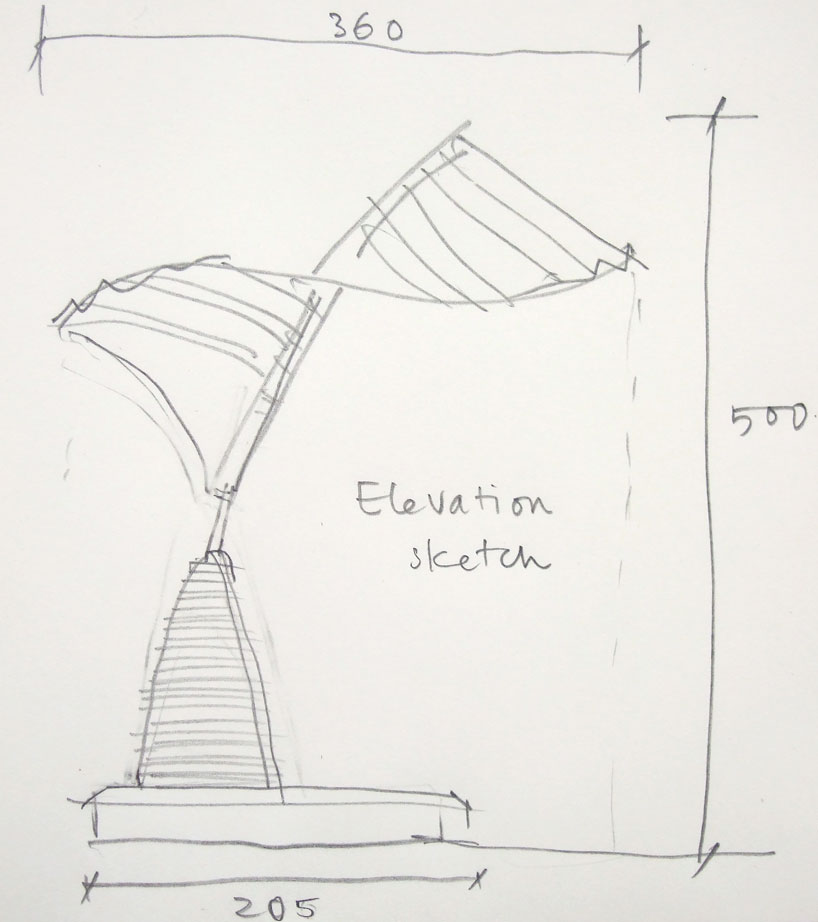 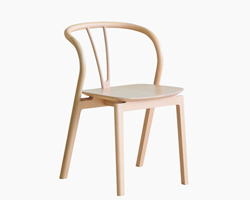 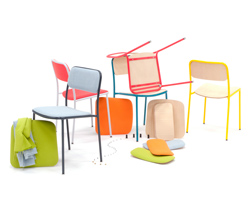 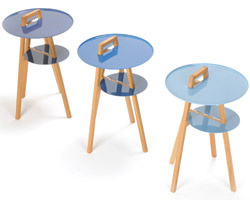