bikes have drastically changed the way we navigate and pedal our way through cities, facilitating how we get from A to B. we’ve come a long way since the draisine was invented in the early 19th century, and 2013 continued to prove what the powerful future of two-wheeled transportation might look like. from transparent bike frames to electric velocipedes, designboom brings you a survey of the top 10 bike designs of 2013. 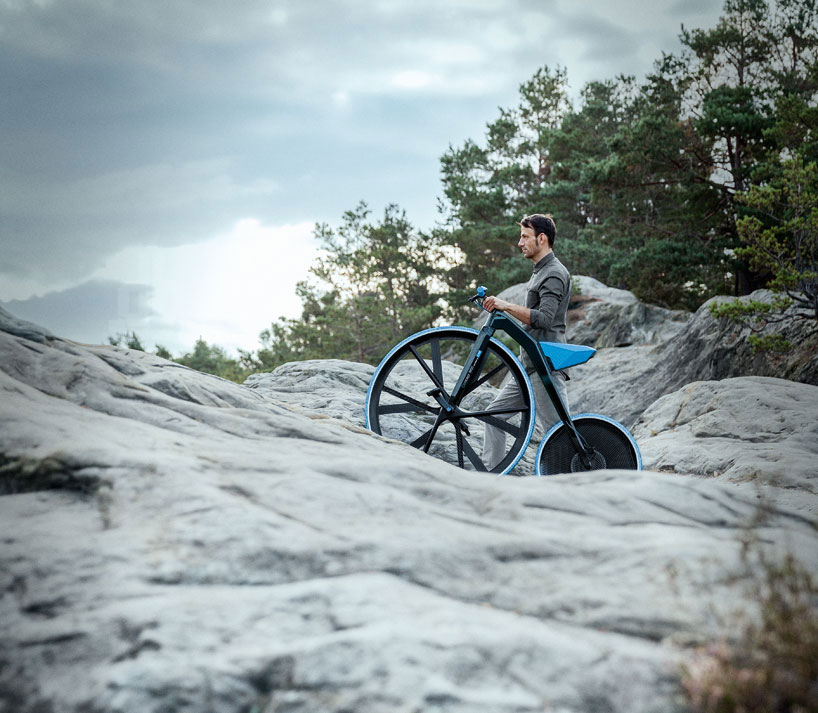 created in collaboration with BASF, german design studio DING3000 has developed ‘concept 1865′, an e-velocipede. drawing reference from 1865  – the year when BASF was founded and when karl drais’ wooden ‘dandy horse’ was introduced to the public – the project sees the 19th century bicycle re-imagined as a modern e-bike using a selection of advanced materials. 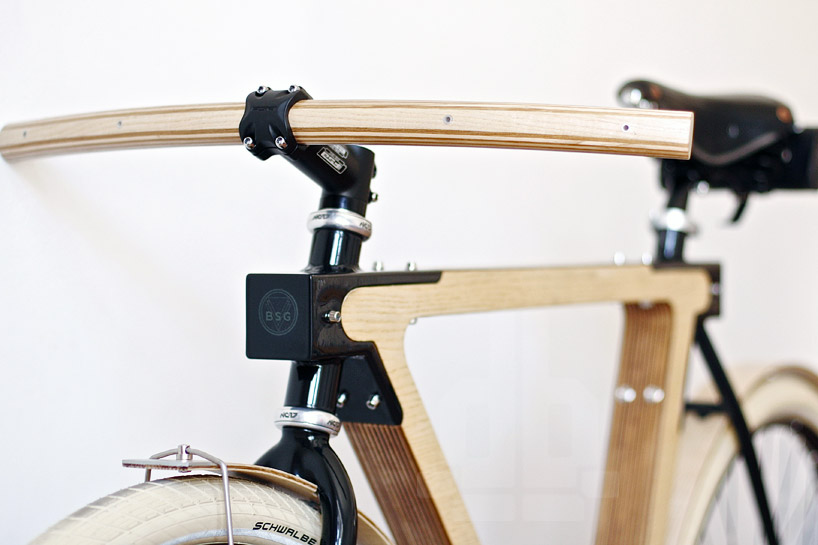 created by french designers thierry boltz and claude saos of BSG bikes, the ‘WOOD.b’ is conceived as a high-quality urban bike, influenced by a passion for cycling. the concept incorporates the use of a unique frame system: it draws functional elements from traditional bike parts, but delivers a refined metal and layered wood veneer package. 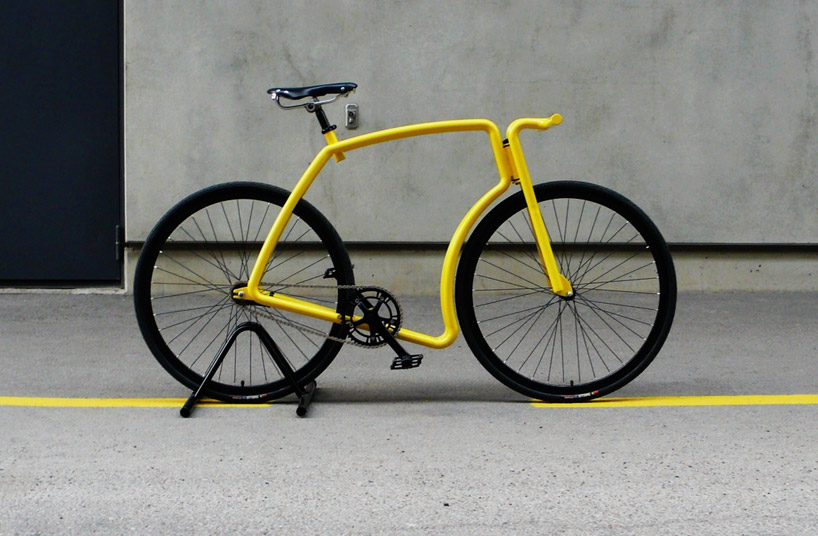 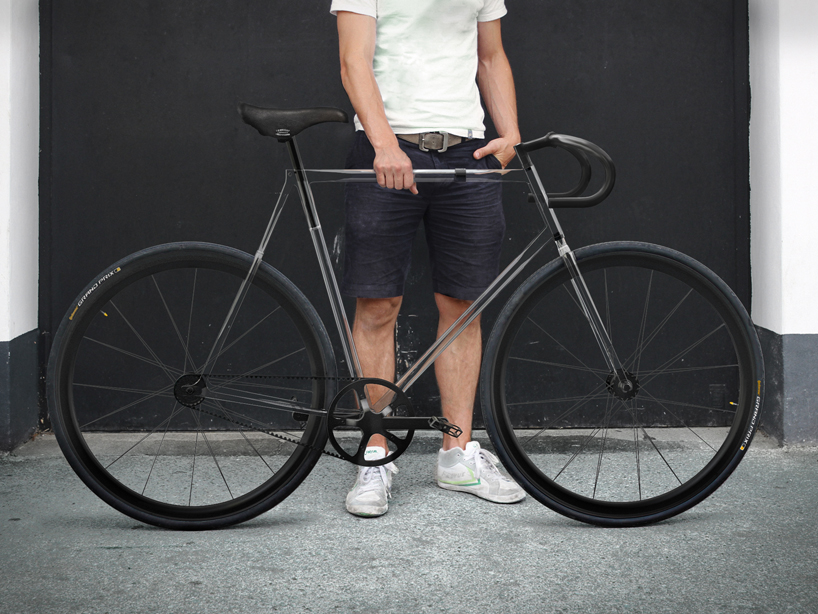 using new materials and manufacturing techniques, german designaffairs studio has envisioned the future of bicycle frame engineering and production with ‘the clarity bike’. by using ‘trivex’ – an alternative to polycarbonate – the advanced polymer combines high impact resistance with flexible and lightweight technologies that can be found in traditional italian steel frames. 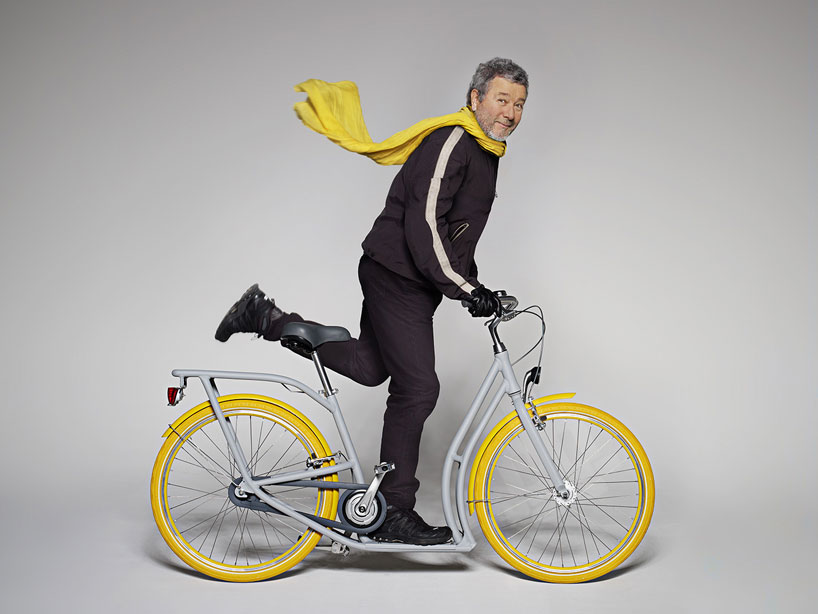 philippe starck in collaboration with french car brand peugeot has developed a bike for the city of bordeaux, france’s bike sharing program. considered a cross between a bicycle and a scooter, the design is set to promote and continue encouraging citizens to chose this mode of transportation within the city, which has seen the number of cyclists triple in the last 15 years following the implementation of a initiatives such as limited car traffic and developing the tramway. 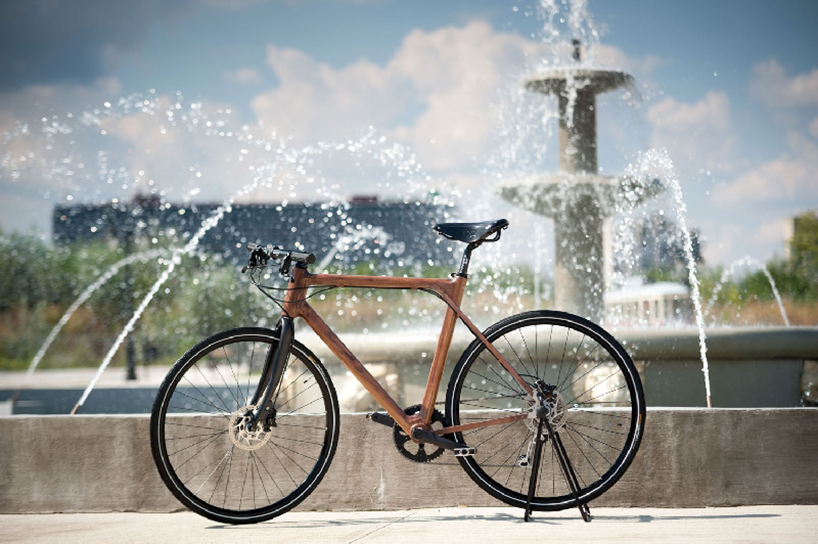 influenced by shipbuilding and aircraft design, serbian designer žarko bubalo has made two models of wooden bicycles ‘perfect day’ and ‘imagine’. the combination of the natural wood with reinforced glass fiber and epoxy produces a smooth riding experience with a high-level of vibration absorption. 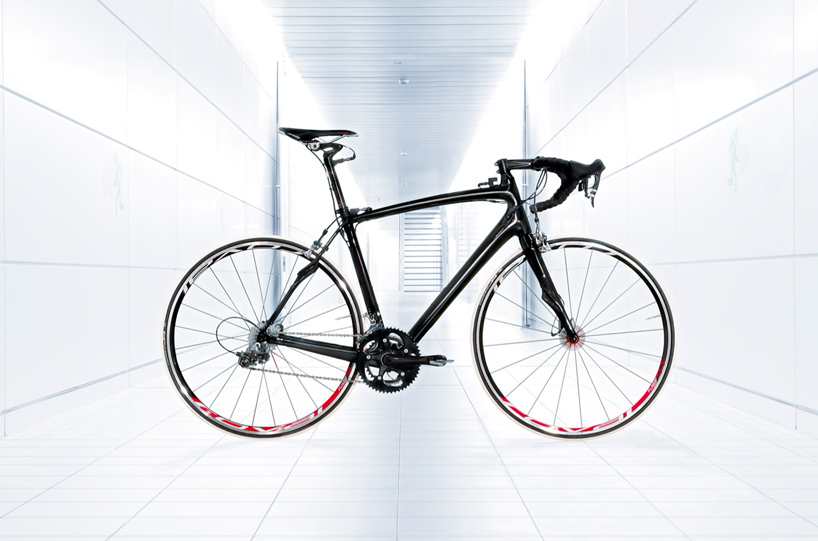 bike manufacturer specialized have collaborated with formula one team mclaren to preview the sequel to ‘venge’, the UCI-legal (union cycliste internationale) road bike. requiring a new formula for light weight, stiffness, and aerodynamics, both teams applied their extensive knowledge to materials technology, and manufacturing methods normally reserved for different kinds of racing applications to create a bicycle with unparalleled speed. 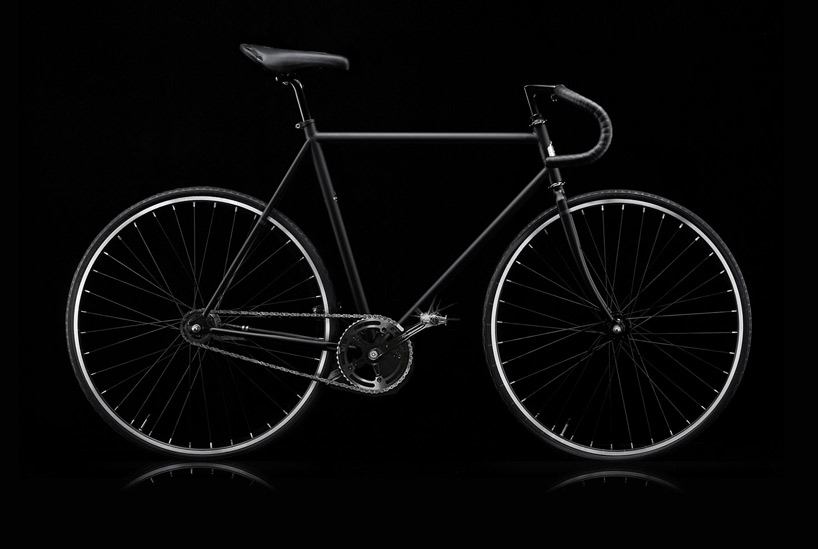 created exclusively for the museum of modern art’s design store in new york city, the ‘svart bike’ is a fully stripped down bicycle featuring an automatic two-speed gear system built directly into the rear axle, eliminating the need for cables and levers. 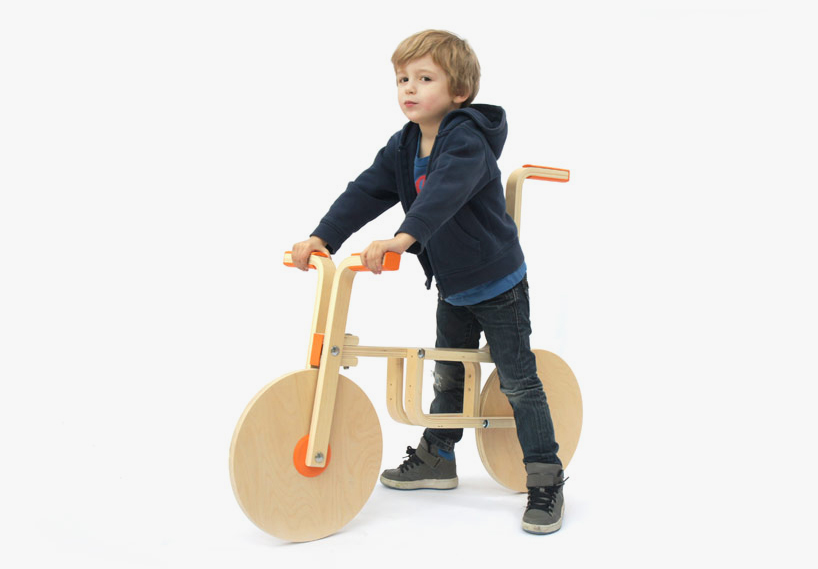 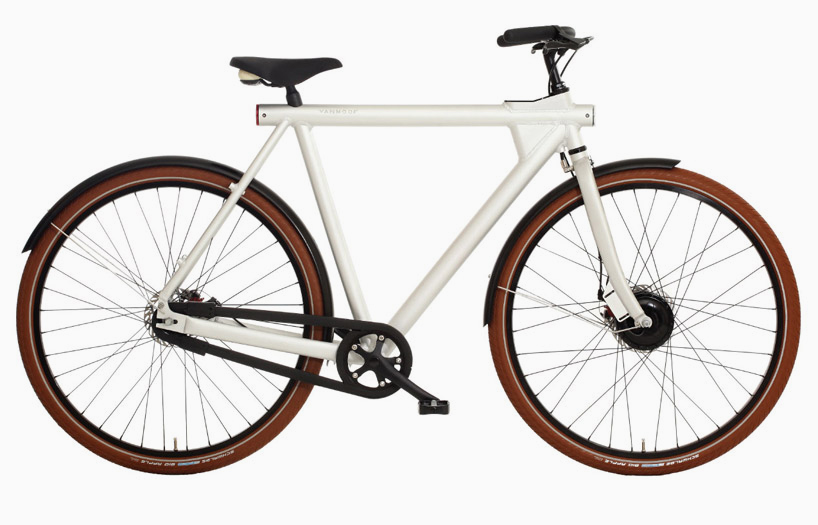 designed as the world’s first intelligent commuter bike, the ‘VANMOOF 10′ electrified takes feedback from advances in the car industry and combines features such as GPS tracking and smart power control. built with an anodized aluminum frame the VANMOOF 10 integrates a lightweight 209Wh battery into a sleek, minimal package, giving the bike range capabilities of 30km to 60km.