with the rise of startups, brands, and crowdfunding campaigns, design and technology are quickly changing aspects of everyday life. creative minds around the world are constantly trying to innovate the materials and user interfaces of simple products whose forms and functions we have come to accept as time has passed. we received several thousand submissions from our readers, with designers, artists and architects sending through a diverse range of works that we have shared with our audience over the last 12 months.

we believe that maintaining an open dialogue with our readership is extremely important, and we are happy to showcase the high level of original projects of our readership. from a ping pong playing robot, to a paper cutting razor, we highlight 10 design and technology reader submissions of 2014. 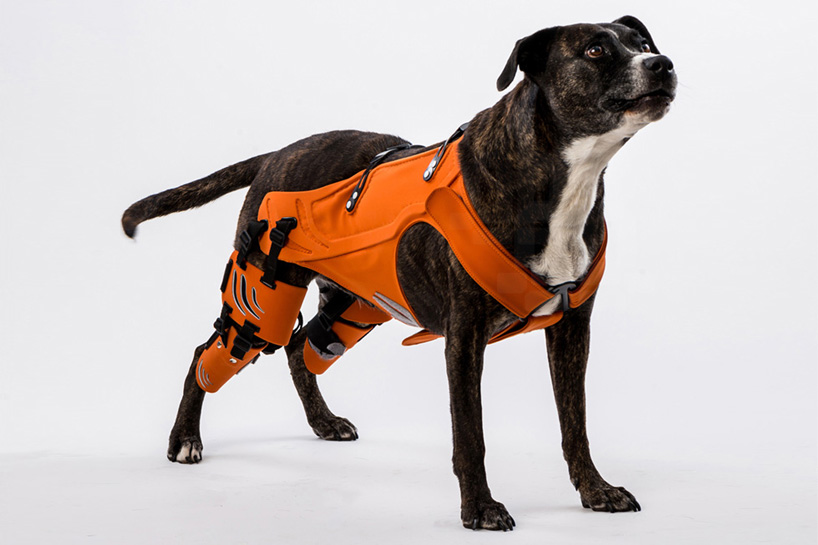 out of the various skeletal problems that can affect dogs throughout their lifetime, hip dysplasia has earned the highest ranking at an 8% chance of occurrence. the heritable condition is one of the hip joint, where an interlocked ball and socket (femoral head and accetabulum) develop abnormally as the canines grow. environmental factors include diet, gender, and amount or type of exercise, along with a soft tissue laxity that causes agitated friction in the specified area. once the disease reaches a level of concern, the next course of action is to consult a doctor who specializes in physiotherapy and hydrotherapy. hoping to provide a solution for dog owners everywhere, industrial designer galia weiss’ research into hip dysplasia has led to the creation of a harness called ‘hipster’. proving that it’s the little things that bring about a smile, the ‘screw:)’ is a collaborative project by japanese company studio yumakano and komuro manufacturing co. ltd. ever since its initial invention the screw hasn’t changed much in style and function, they are used everywhere, but usually go unnoticed. adding a happy face onto the top of the small pieces, the design facilitates the sharing of joy and the discovering of surprises with others. the project sees the daily objects transformed into more than just a functional tool and gives a sense of expression and emotion to a mass produced product. 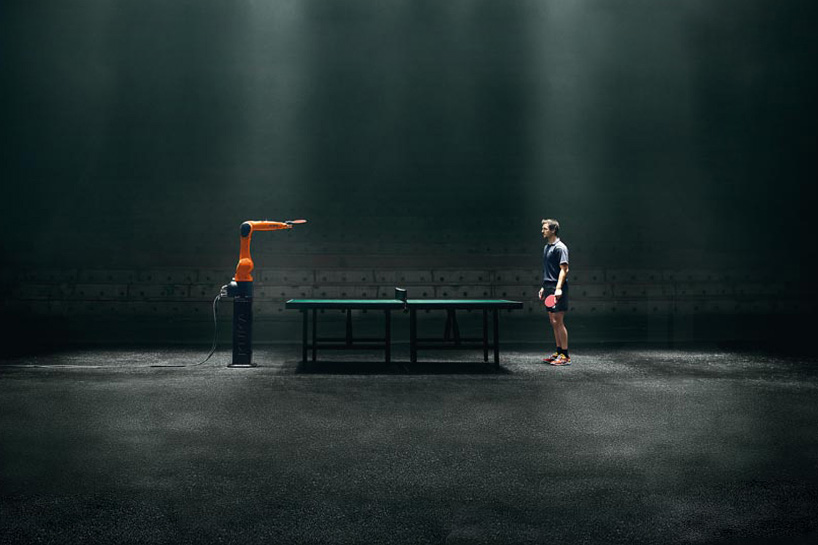 with the engineers of KUKA and the support of table tennis professionals, agilus – the world’s fastest robot – was programmed in order to withstand a match against table tennis champion timo boll, who sits ranked at number 5 in the world. the angles, strategies and probabilities of the match moves were all well elaborated in cooperation with the director, the opponent timo boll and with KUKA. filmed by matthias zentner and produced by velvet mediendesign, the commercial for robot manufacturer KUKA was conceived at the set of an abandoned sport hall in sofia, bulgaria. 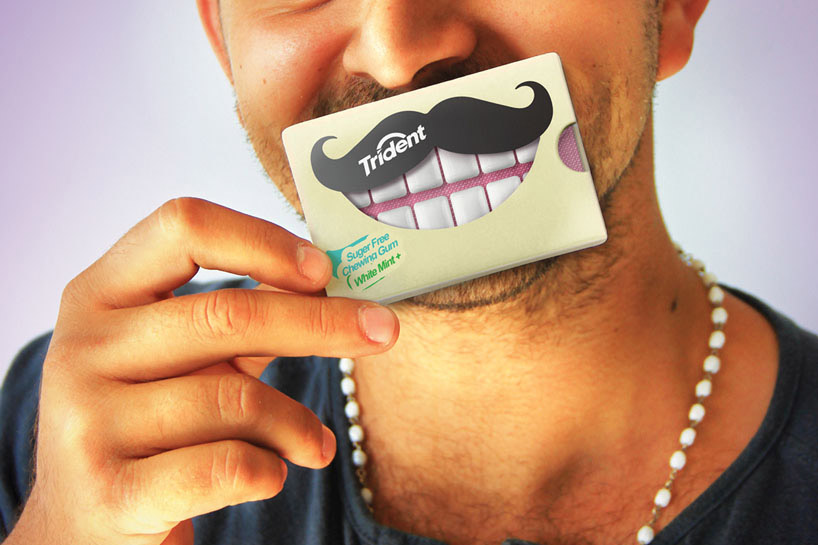 trident xtra care is a chewing sugar-free gum that helps protect teeth and gums in between meals and gives a whiter brighter smile. in order to visually enhance this main feature of the product, hani douaji has created a playful and interactive packaging concept. a range of six designs represents three flavors: cool mint, spearmint, and peppermint. each container has its own masculine and feminine identity featuring an illustration of a mouth with either a thick, dark mustache or luscious red lips. these shapes provide an opening that reveals the pieces as a set of smiling teeth. furthering the personification, the aluminum housing is colored in pink to mimic the gums of a person’s mouth. therefore, the clever use of negative space to an advantage changes the appearance of the creations over time while indicating when it’s time to purchase a new pack.

the concept of lesia trubat‘s ‘E-traces’ is based in capturing dance movements and transforming them into visual sensations through the use of new technologies. in order to do so, she focused her attention towards the pointe shoes of ballerinas. after observing the motions of their bodies as they glide and pirouette, she realized that through contact with the ground, a lilypad arduino microcontroller board could record the pressure and actions of their feet and send the signal to an electronic device. 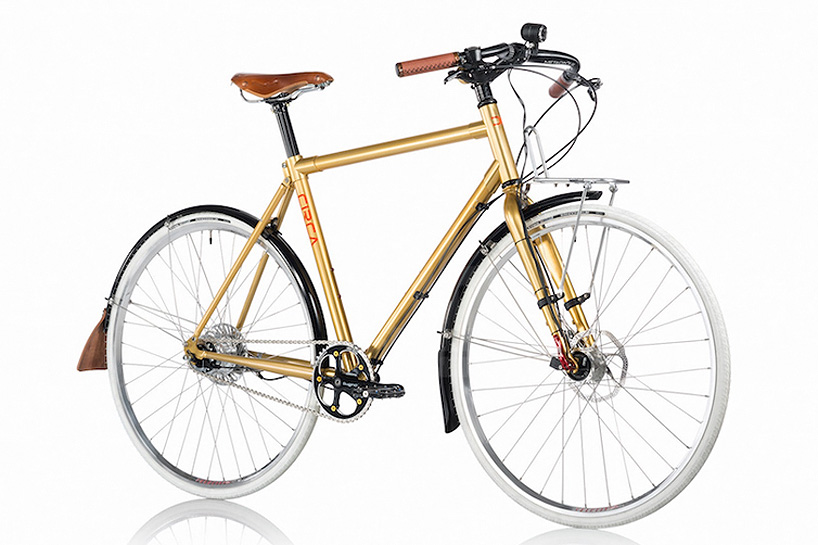 image courtesy of circa cycles

former NIKE innovation director rich fox has had a passion for riding bicycles since he was a kid: ‘whether you’re thinking about just the mechanisms themselves, or the freedom that they give you, or the ability explore and express yourself with the bike, that’s just something that’s always been a part of me.’  after noticing the shift of manufacturing from america to overseas locations, fox decided to rethink traditional assembly techniques and finishing options. throughout this research, he realized that he could radically reduce labor costs while creating a scalable, versatile platform for production. eventually, he reached his goal a process called MABEL (modular and bonded endless lug) to counteract the challenges presented by heat, paint, tooling, labor, and geometric complexity.  around this system, he has formed circa cycles, a company that intends to build bikes to order, in ten days or less, with complete structures starting under $1,500 (USD).

‘paper cut razor’ is a project that uses an everyday mishap as the influence for a seemingly mundane task. folded into existence by nadeem haidary, the design takes the outrageous idea of accidentally slicing the surface of the skin and transforms it into a functional device. the result is a razor constructed entirely out of a single sheet of water-resistant paper that can be recycled after use. from haidary’s perspective, ‘it’s a fictional product that playfully challenges two notions: that paper cuts are inherently evil, and that current disposable razors are truly disposable.’ 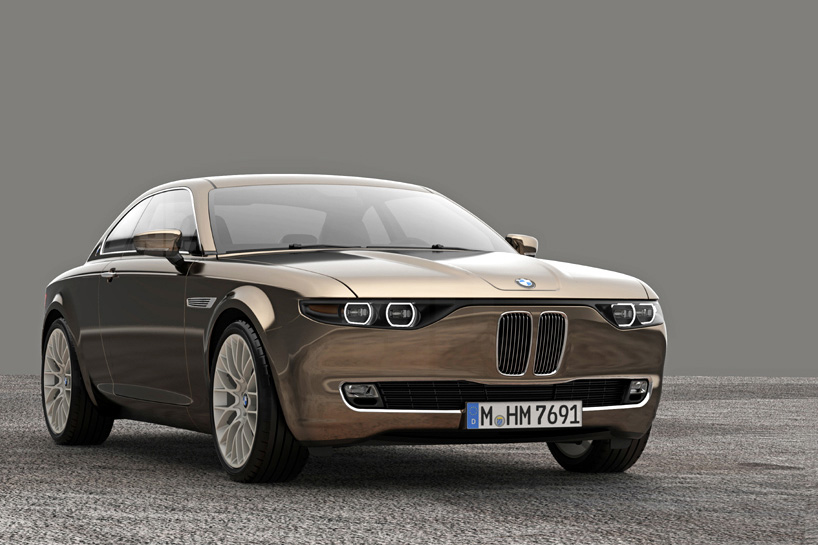 the project by car designer david obendorfer is a modern interpretation of the 1968 BMW E9 series designed by giovanni michelotti. it focuses on two models: michelotti’s E9 and its predecessor, the 1965 BMW 2000 CS (E120 series). the BMW CS vintage concept is based on the 6 series platform; the style, despite numerous citations from the past, is substantially contemporaneous with updated proportions and with modern details, many of which are influenced by nautical styling solutions. 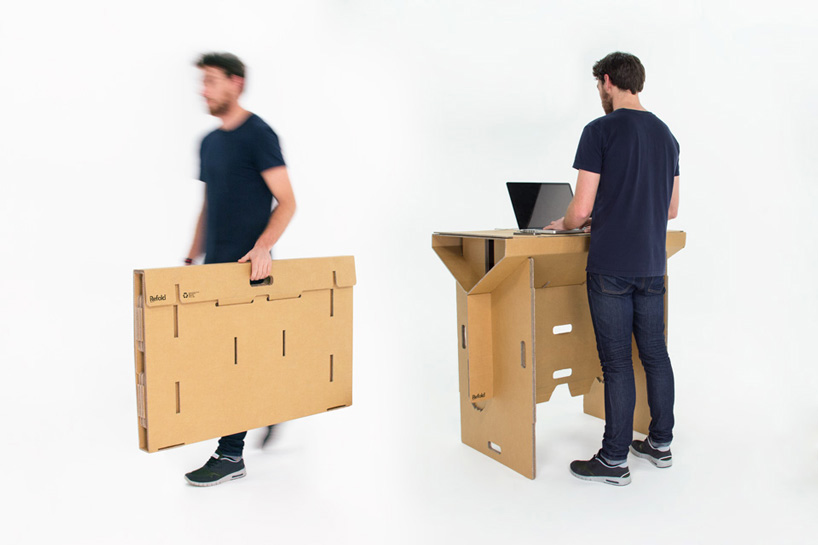 the way we work is changing. we are more mobile and more connected than ever before. we have the ability to do our jobs from almost anywhere at anytime, but our workspaces have been slow to reflect this. assisting this transformation, a project called ‘refold’, by fraser callaway, oliver ward, and matt innes, has resulted in a cardboard standing desk that facilitates the present-day workflow by allowing flexibility and aiding collaboration. it enables teams to assemble unique environments in a matter of minutes and adapt it to their needs. it allows you to focus on tasks when and where you want. the potential applications for these constructs are endless. they could be used for schools, creative studios, pop-up stores, mobile offices, or disaster relief. 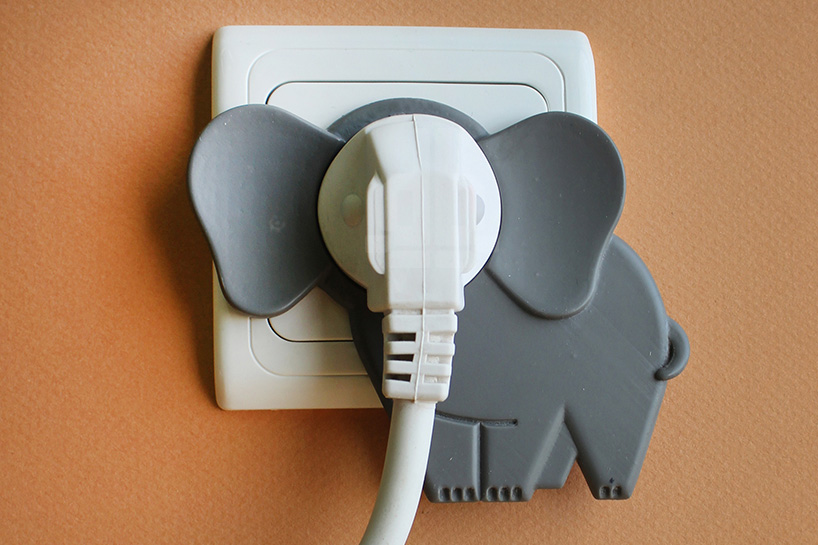 designers idan noyberg and gal bulka have created the ‘elephant in the room’, a playful accessory to compliment electric plugs. by attaching the piece to a power point outlet, it turns the common household object into the face of an elephant with an extended trunk as the cable. made from plastic, the small animal-shaped unit transforms whatever wall jack it is placed on, with each individual cord creating a unique expression according to its color and shape. 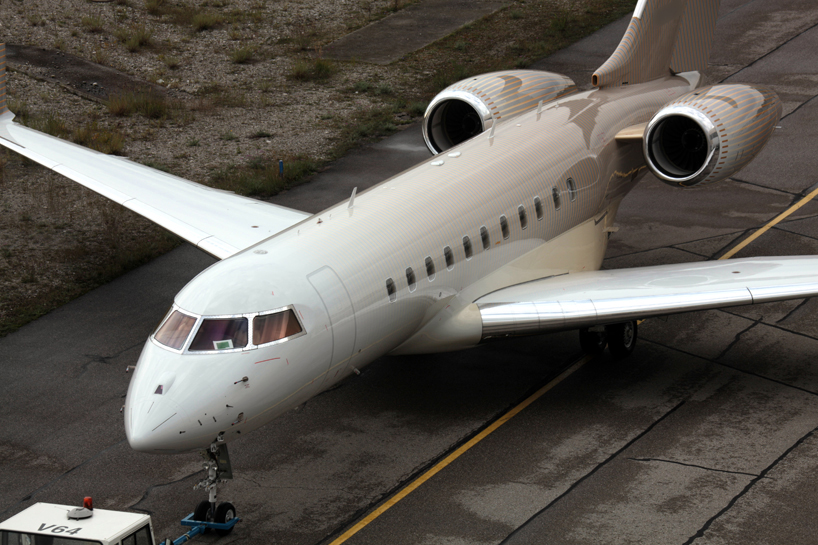 french aircraft painting specialists, happy design studio has covered the exterior of a private jet with a fading, stripped pattern. the bombardier global 5000 aircraft has been transformed by the ‘livery project’, which was based on a ceramic tile detail taken from the interior’s luxurious table ware set. extracting the image into five lines of color, a series of 150 vertical stripes were painted over the entire body, gradually merging from white to fully blocked out. the engine stands have the same pattern applied to them, but orientated in a horizontal direction. the plane’s irregular barrel form required a high-level of precision when masking the gradient onto its surface. the customized bodywork is only revealed in detail when approaching for boarding, taking the concept of luxury travel to new skies.