2020 was undoubtedly a year of challenge and change, but it was also a year that saw communities come together (socially-distanced, of course). despite these challenges, our readers have continued to create socially-responsible architecture, and products with increased environmental awareness. similarly to 2019, this year we have received thousands of projects that help tackle issues of plastic pollution and climate change, and buildings that are designed to provide for those most in need. over the past 12 months, we’ve also seen advances in medicine as well as a glimpse into the life of japan’s first virtual model…

as we continue our round-up of the year, we’ve compiled some of the most exciting projects submitted by our readers. from an electric city bus made from recycled PET bottles to a community center for women in morocco, we highlight our TOP 10 reader submissions of 2020 – social impact. 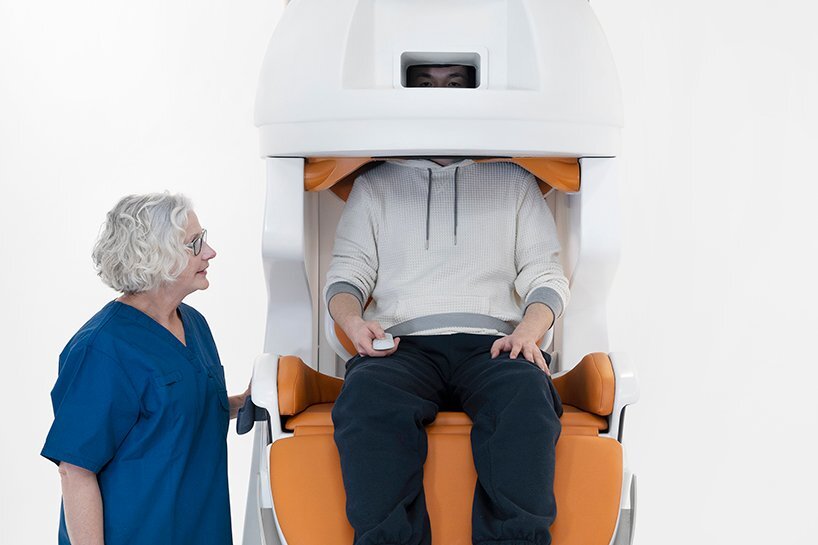 a team of researchers from te herenga waka – victoria university of wellington in new zealand – developed a new patient handling system to make MRI scanning of the brain more comfortable, accessible, and affordable. the seated solution intends to reduce anxiety thanks to a number of features, including a remote control for the patient and a window to see out of.

2 – this device captures harmful microplastic particles from your tyres 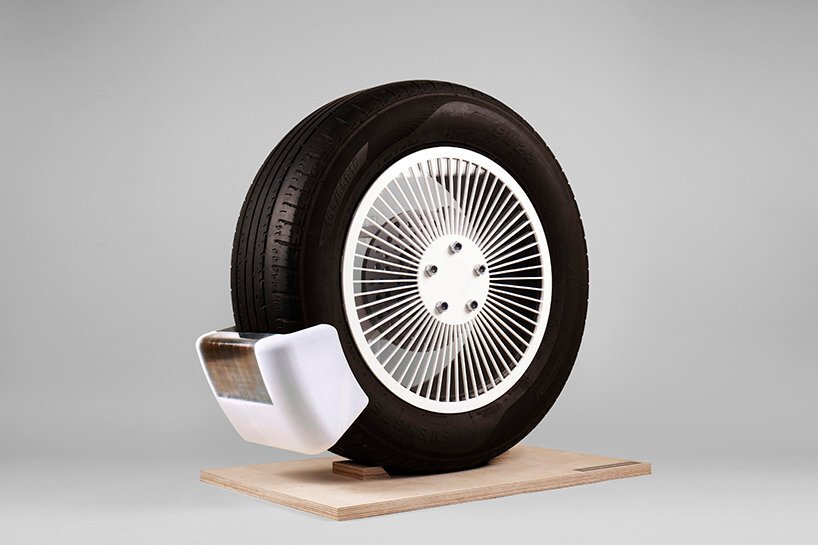 image courtesy of the tyre collective

in the fight against microplastics, a group of emerging designers turned their attention to tyres. the team – known as the tyre collective – created a small device to collect the tiny particles that come off your wheels as you drive. with UK experts emission analytics calculating tyre wear pollution to be 1000 times more harmful than car exhaust fumes, this project aims to capture the problem at the source, ensuring cleaner air and safeguarding our health and environment. 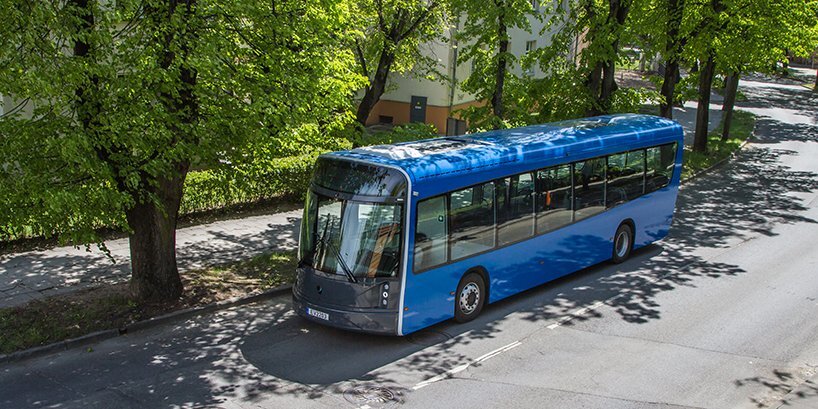 since they first unveiled a prototype back in 2016, the design team at dancer were back with a fully operative and ultralight electric city bus. the project by JSC ‘vejo projektai’ takes typical bus construction and re-engineers it from scratch to make public transport both attractive for passengers and friendly for the environment. 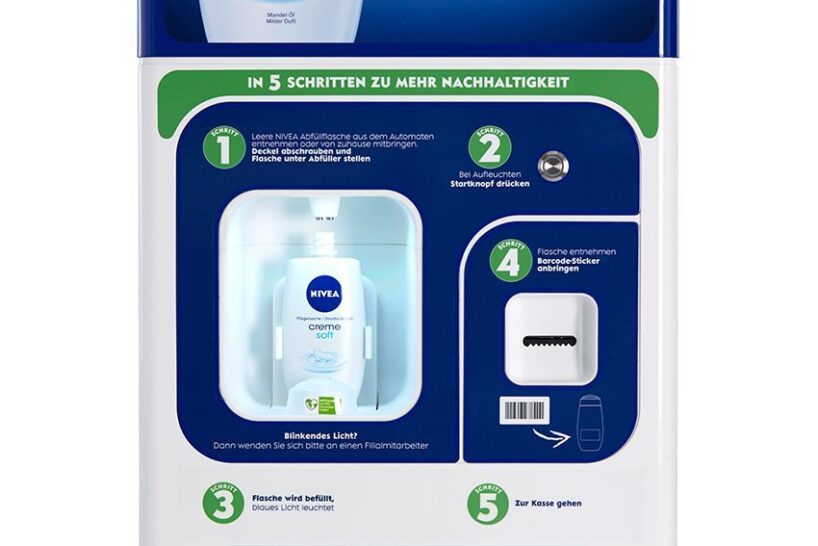 german skincare manufacturer beiersdorf was on a mission to minimize, slow down, reduce, and close its material cycles. with a focus on plastic packaging, beiersdorf’s biggest global brand, NIVEA, launched its first shower gel refill station. the prototype, which will be in select DM stores in hamburg and ettlingen, investigated the concept of reusable bottles with consumers. the machine was been designed, developed, and engineered by a cross-functional team within beiersdorf’s global packaging and R&D functions. 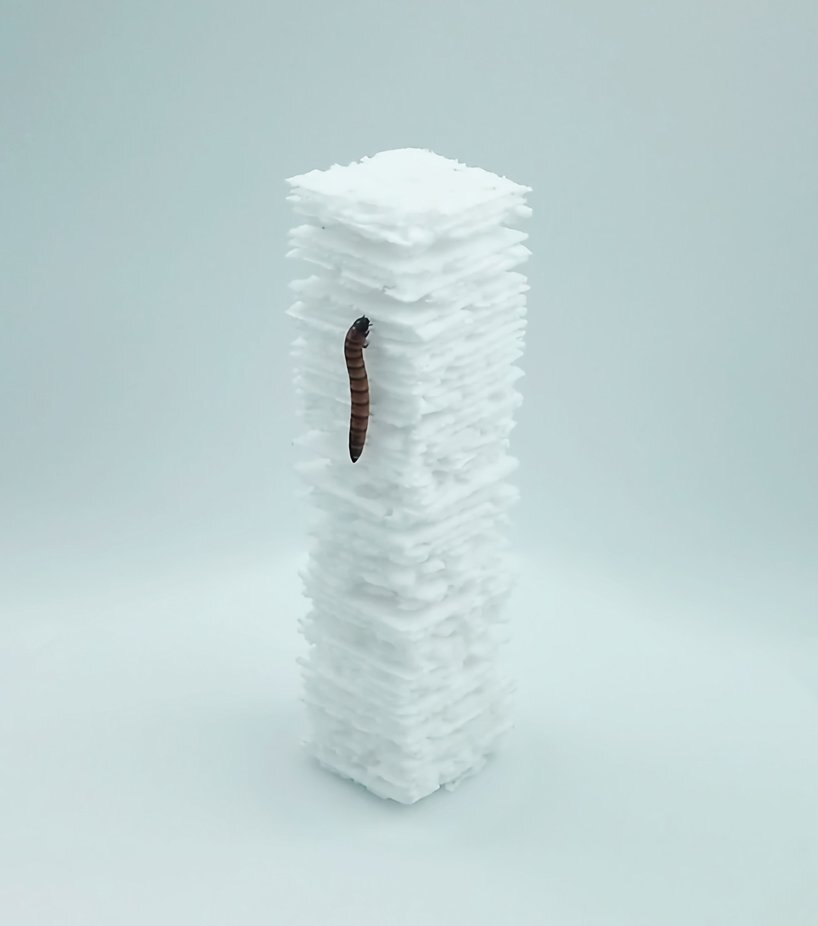 ‘worm skyscraper’ by yong ju lee architecture was a project that explored an environmentally-friendly solution to plastic pollution. expanded polystyrene, also known under the brand name ‘styrofoam’, is not biodegradable. meaning that a single-use polystyrene coffee cup could stick around forever, and as a result, cause immense harm to the environment. however, what if this synthetic material could be broken down by the humble mealworm? 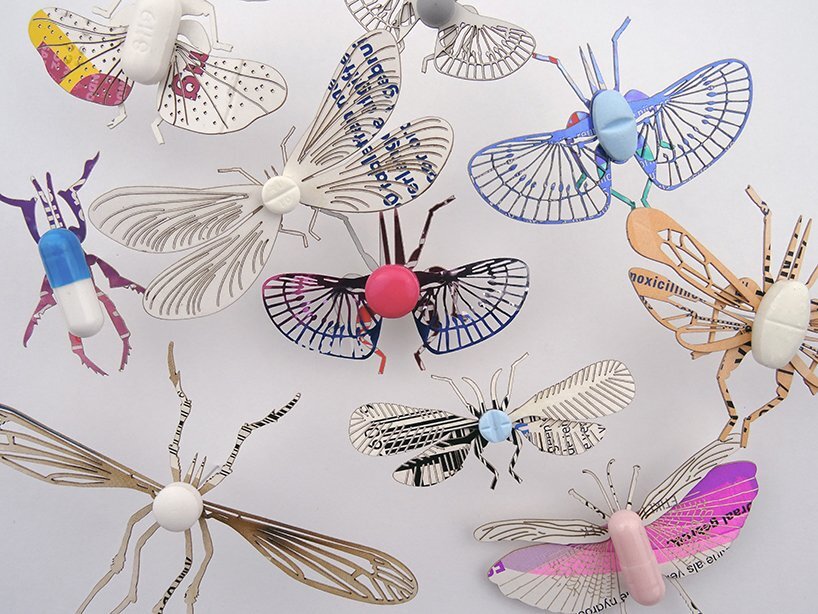 an intriguing combination of taxonomy, entomology and pharmacology, the insecta – pharma project may have seemed whimsical at first but it actually held an important message from netherlands-based designer and maker, merel slootheer. by placing a singular pill at the center of a laser-cut insect shape, slootheer aims to draw attention to the prevalence of prescription drugs in society by comparing them with the universality of insects. 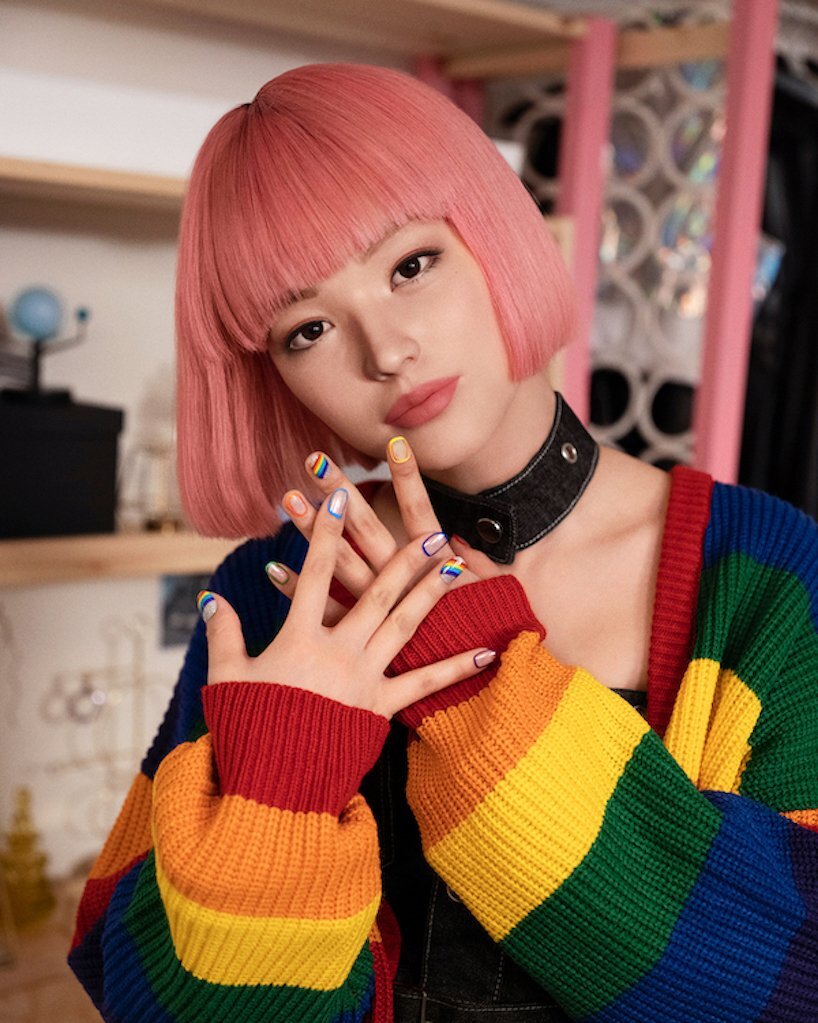 have you ever wondered what a virtual influencer does all day? well, IKEA japan teamed up with creative agency, wieden+kennedy tokyo, to share a sneak peek of daily life with imma – japan’s first virtual model. the 3-day installation celebrated the opening of IKEA’s new city shop opposite harajuku station in tokyo. 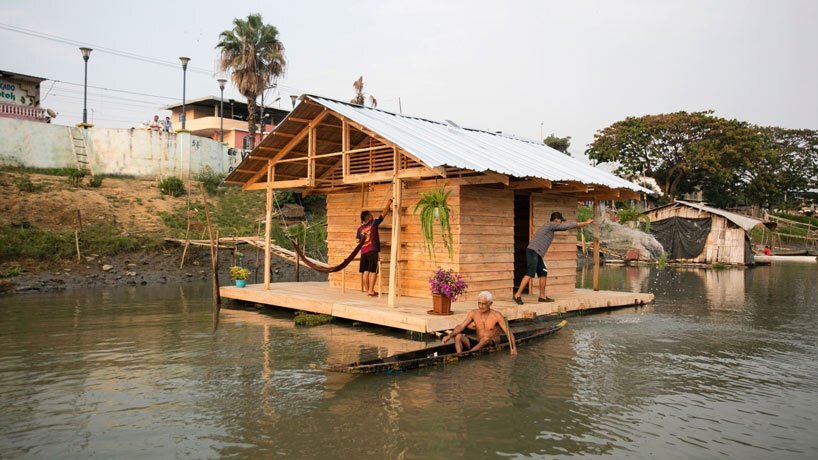 floating close to the shore of babahoyo river in the ecuadorian city of babahoyo, is a small timber dwelling realized by natura futura arquitectura and juan carlos bamba. the project, called ‘fisherman’s refuge’, involved the improvement of an existing storage shed on the river to create a habitable space for local fisherman and canoe repairman, don teodoro. 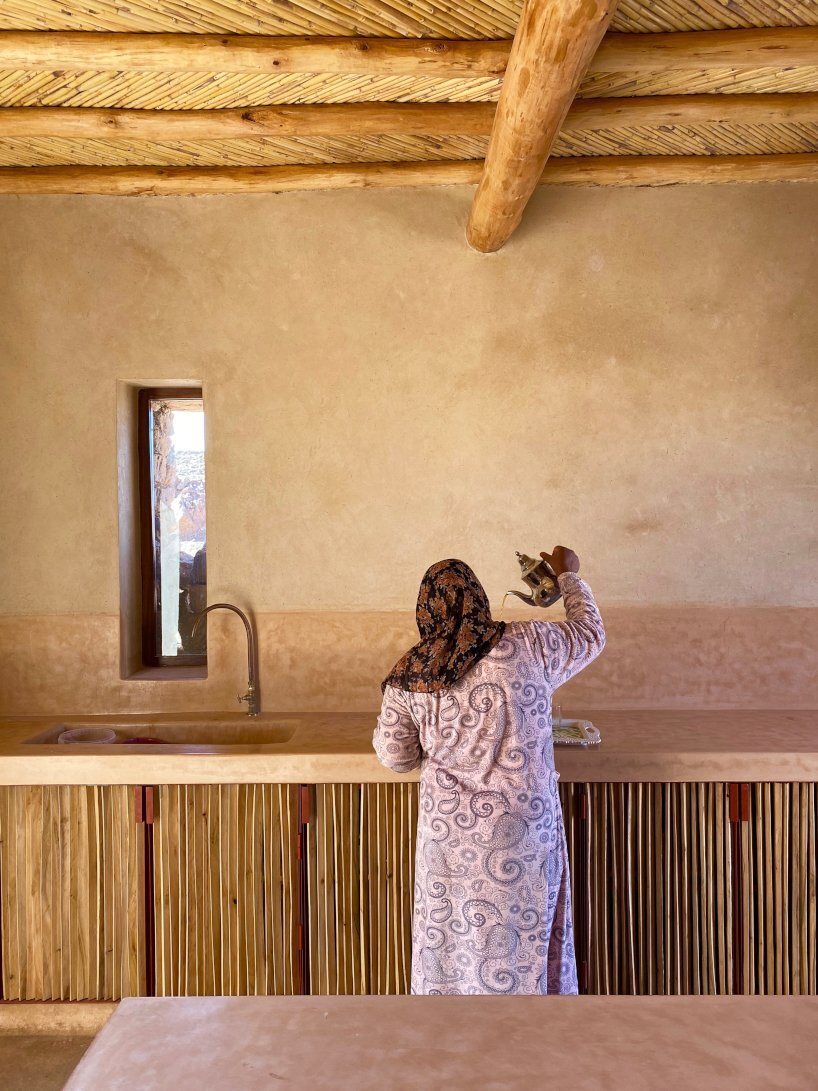 in ouled merzoug, a small earthen village near the atlas mountains of morocco, a piece of land was offered by the community to the recently founded women’s association AFOM (association des femmes d’ouled merzoug). within the postgraduate certificate building beyond borders, organized by uhasselt SEE, the participants designed and built in close collaboration with local women and workers. the end result of this participatory process is a women’s house: a meeting, working and learning place in the centre of the village. in this project, the limits of sustainable building were challenged by maximizing the use of local and regenerative materials and the confrontation between traditional and contemporary building techniques. 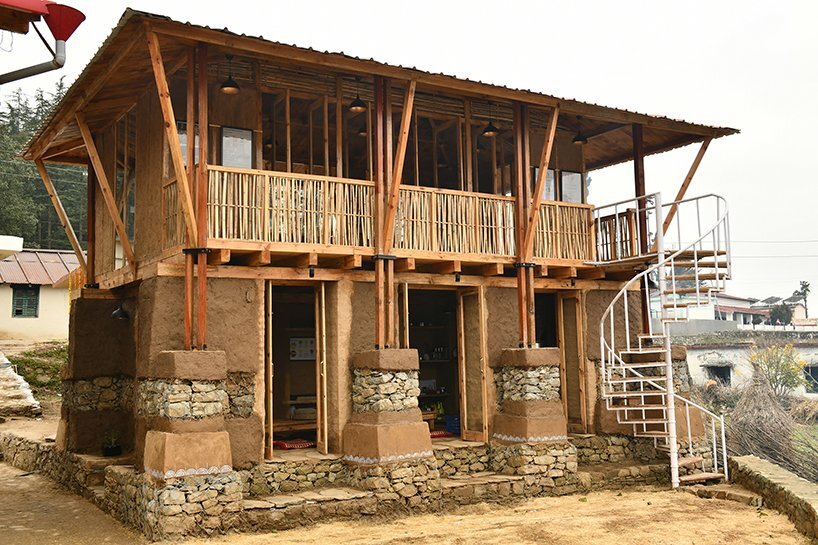 sitting at an altitude of 1700m, the BASA tourism center in khirsu, india, is a building designed by compartment S4 to empower the local village community. the project was originally the winning entry of a design competition to build an earthquake resilient house. however, after further research and development with the local people and regional government, it was finally decided to become a place to promote tourism and stimulate the village economy.