from impossible architecture to boundary-pushing technology, visualizations of the future offers us a glimpse into the imaginations of architects, artists and designers from all over the world. each year we receive thousands of projects from our readers, and thanks to this open dialogue, we see concepts that are both radical and thought-provoking. in 2020, we’ve witnessed a particular focus on future living solutions and architecture to combat environmental issues.

to mark the end of 2020, we’ve compiled some of the most exciting and intriguing projects that we were sent this year. from a surreal photography series to a proposal to transform disused oil rigs into housing, we highlight our TOP 10 reader submissions of 2020 – visualizations of the future. 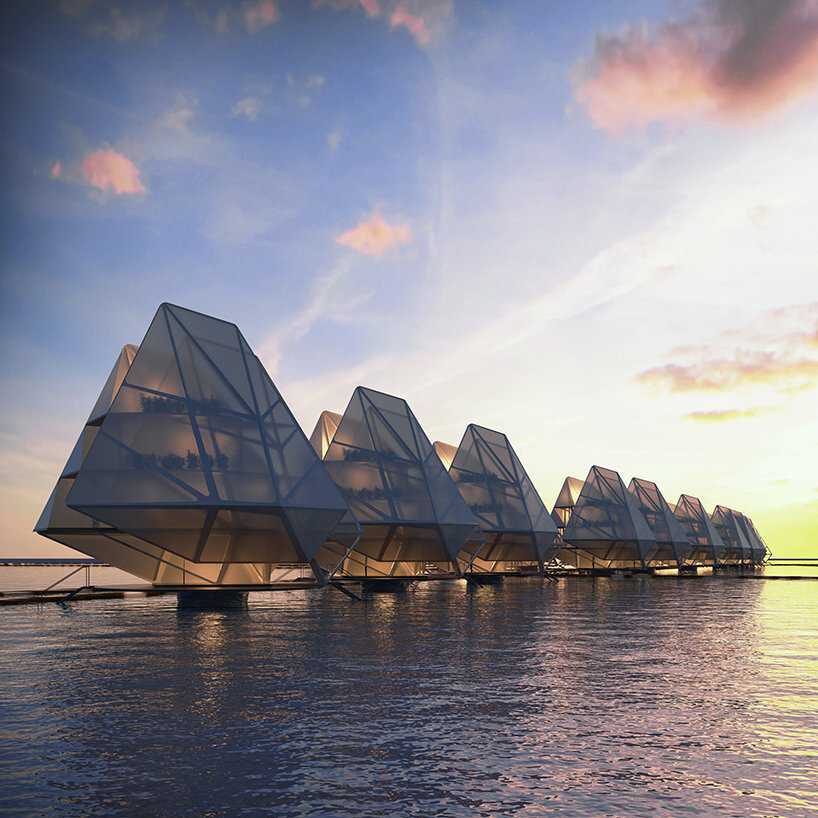 exploring the severe effects of population increase and global warming on future living conditions over the world, manila-based architecture firm dada introduced the ‘currents for currents’ floating housing solution for the coastal communities. set in the philippine context, the proposal aims to combat the vulnerability of waterfront areas in the face of harsh natural calamities, as well as the lack of reliable power infrastructure in these far-flung regions. 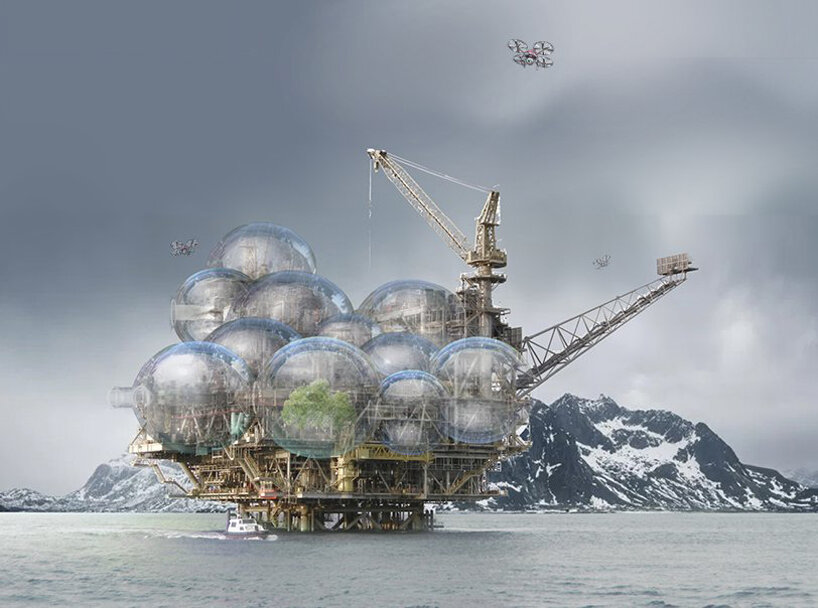 no stranger to an unconventional project, XTU architects presented their latest fantastical proposal titled ‘x_lands’. the concept looks at life after oil, and in particular, what to do with all the offshore platforms that have been built in the last century to drill for the earth’s natural resources. 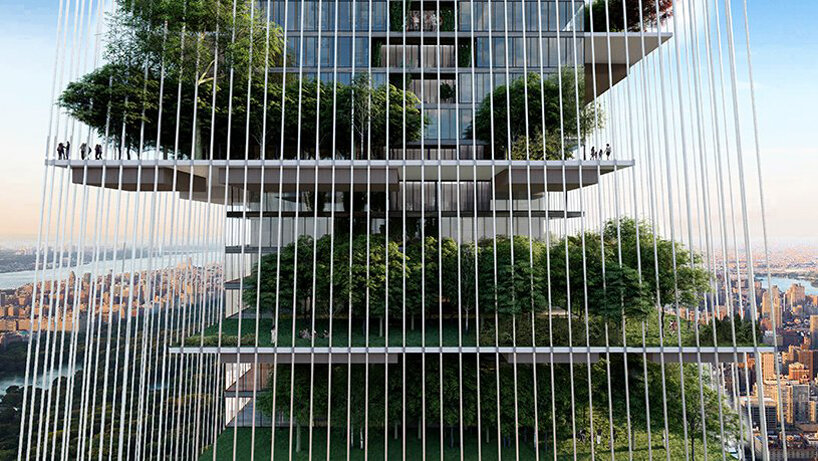 winning honorable mention in the skyhive 2020 skyscraper challenge, lissoni casal ribeiro‘s skylines project imagined a vertical garden city for a hypothetical site in NYC. inspired by nature, the concept proposes not just a building, but a complete, self-sufficient ecosystem. the multi-use tower collects rainwater and gathers energy from the sun and the wind, transforming it from its tensioned cables into electricity to be used by inhabitants. 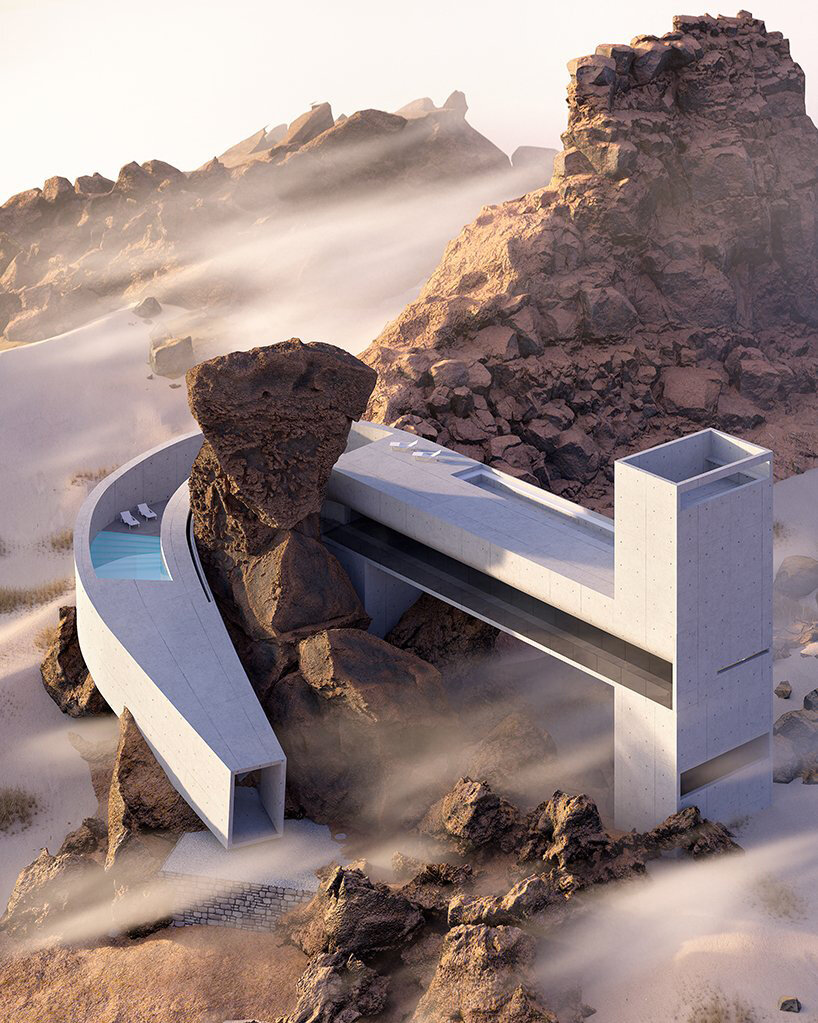 following his ‘house inside a rock‘ and ‘rock house 3‘, architect amey kandalgaonkar shared his latest imagining that brings a man-made structure in direct contrast with the natural landscape. this concept, titled ‘house in the desert’, aims to highlight the duality of the landscape. as the architectural intervention wraps around a natural rock formation, kandalgaonkar brings attention to both the permanence and the fragility of the natural formation.

5 – a minimalist glass cabin hovers over a cliff edge, by yakusha design 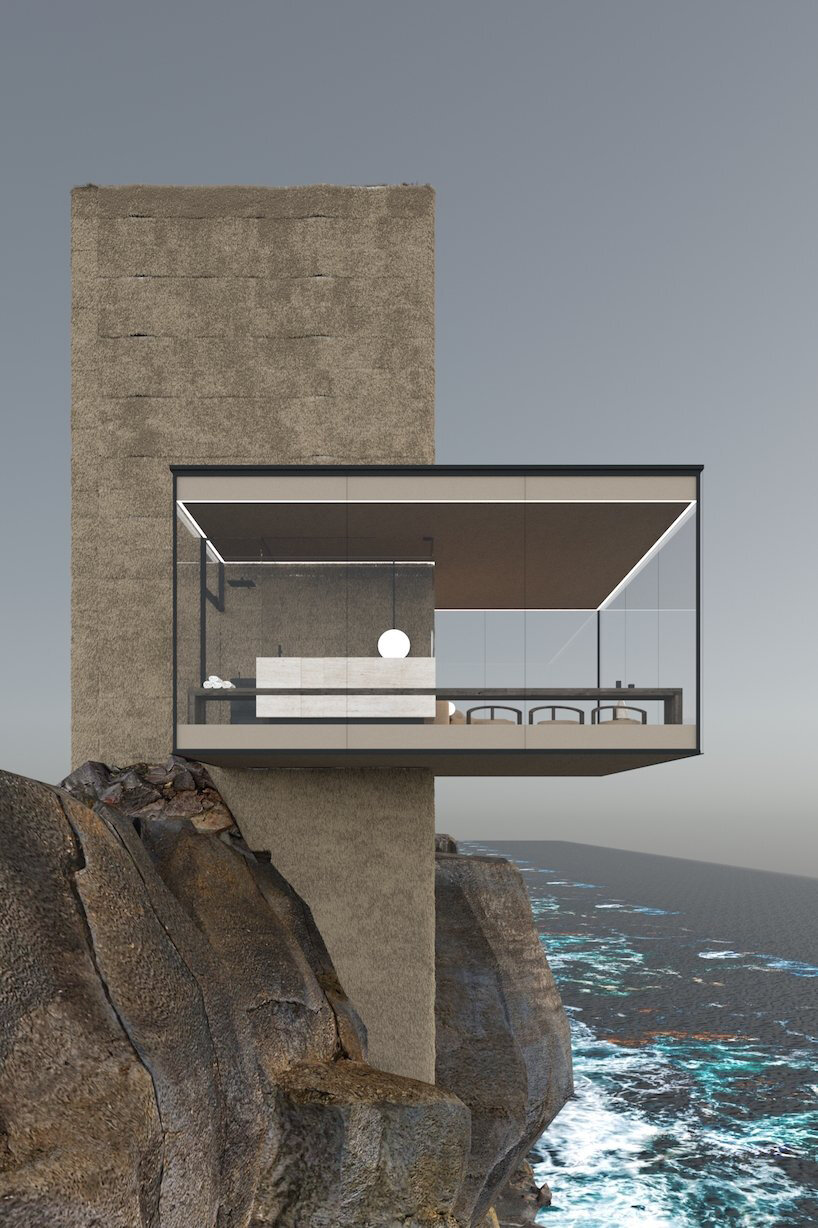 teetering over a rocky cliff edge, this concept by yakusha design imagined an extreme holiday home for a surfer. with a 270-degree glass structure, the idea behind ‘the air’ cabin was to create a feeling of weightlessness and provoke a sense of impossible architecture. 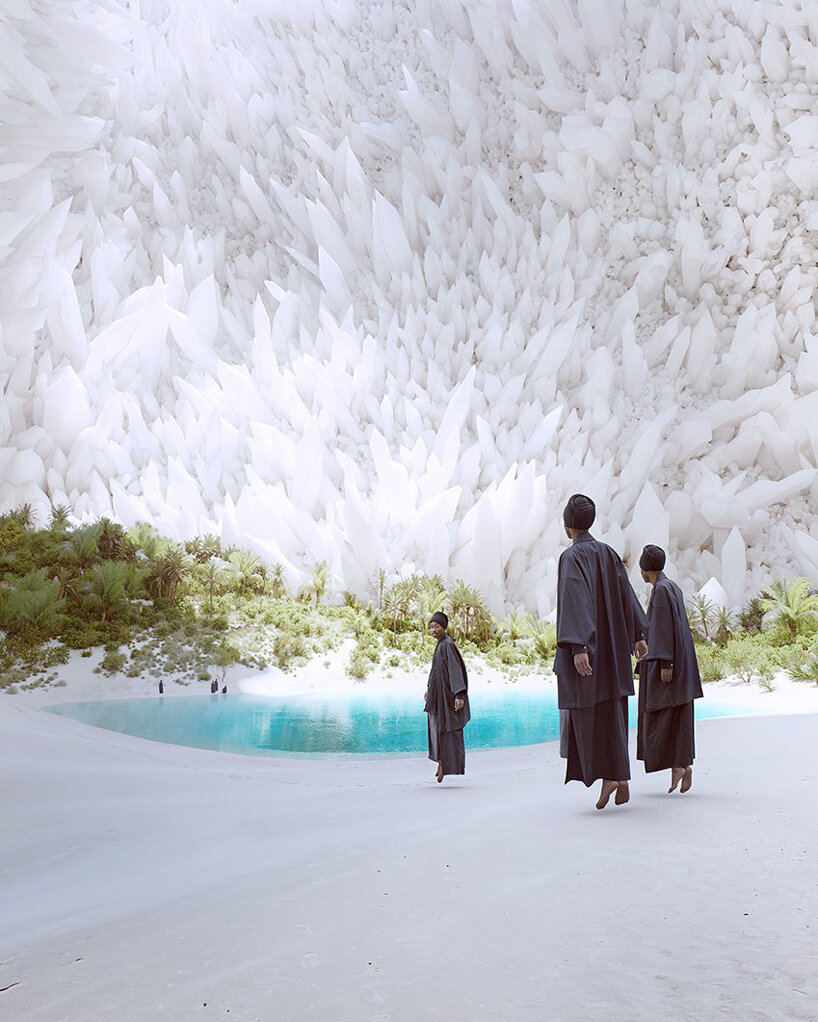 inspired by tales of the orient, stories of pyramids, and everyone’s favorite archaeology professor turned treasure hunter, indiana jones, KVANT-1 created a series of images celebrating the natural world, the unknown, and the spirit of exploration. featuring surreal, alien-like landscapes, the ‘temple’ project is an ode to both mystery and understanding and ultimately, to imagination. 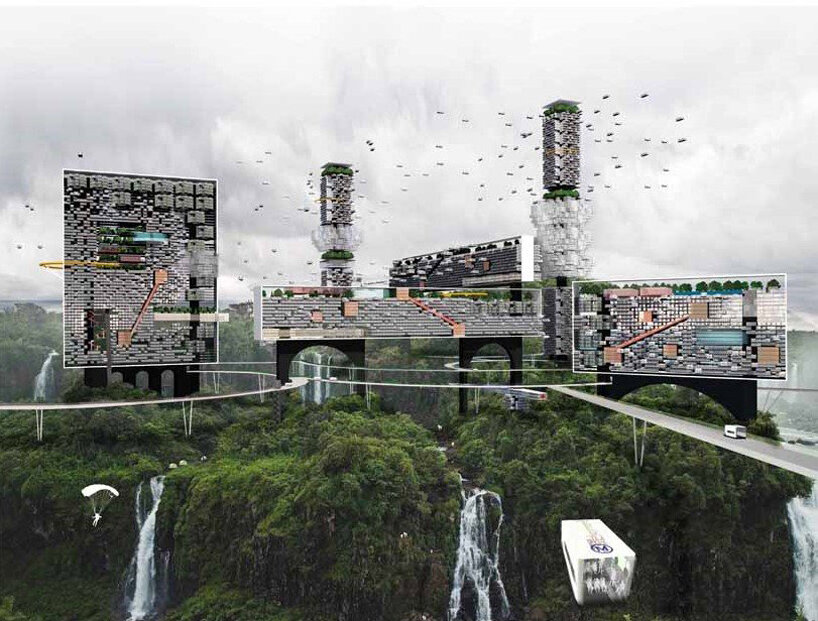 following the unprecedented events of 2020, many architects and designers responded with their visions of what future urban life could look like. this concept came from malaysian architecture firm, O2 design atelier, and it is composed of a series of self-sustaining towers. called ‘the post-pandemic city of tomorrow’, the project proposes to ‘set nature free’ by elevating the towers high above the ground, allowing the forests and rivers below to thrive. 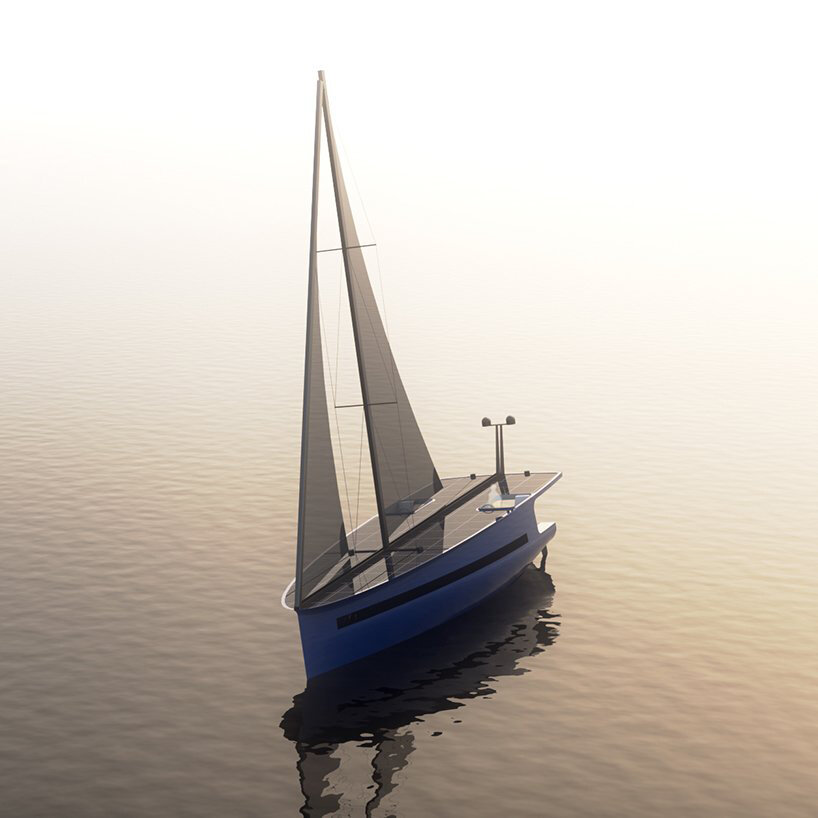 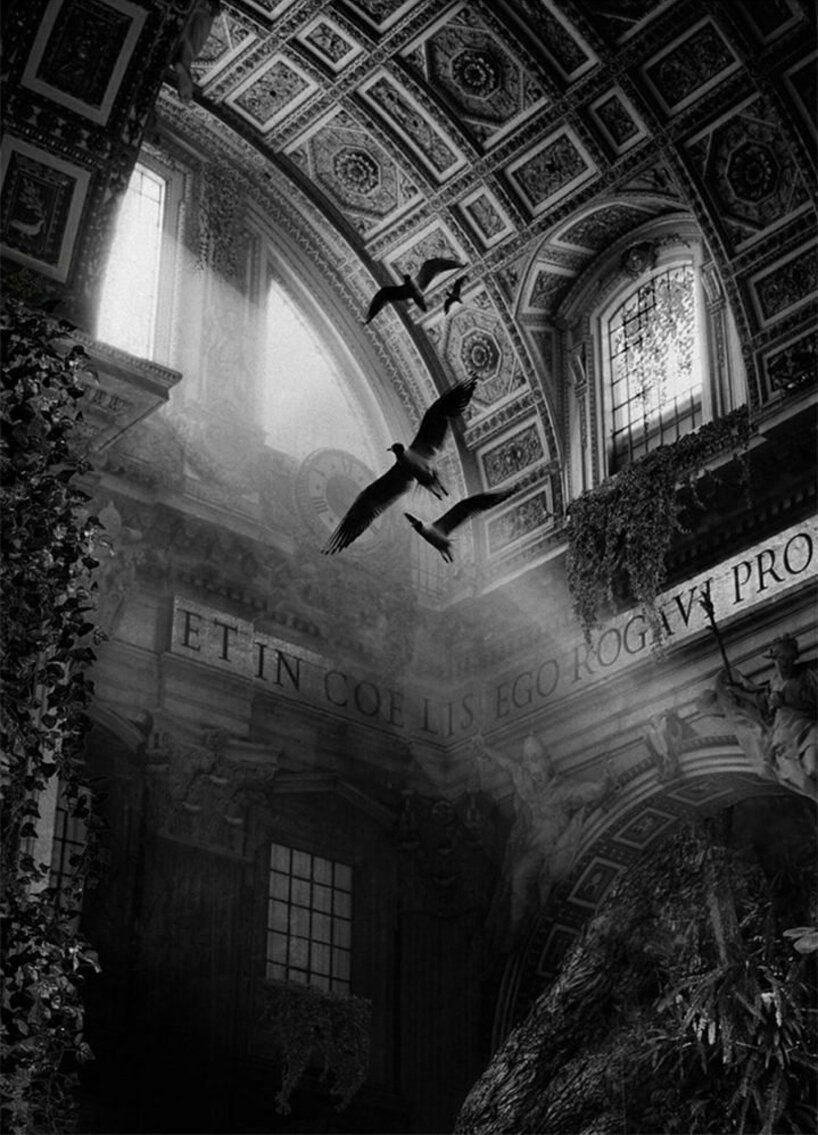 amsterdam-based designer giovanni garrone introduced the ‘beyond’ series, presenting his take on what the world will look like if quarantine due to the COVID-19 pandemic doesn’t end. the series features black & white imagery that depicted famous urban landmarks being overrun by rich vegetation.

10 – daniel gillen reimagines the brooklyn bridge as a living infrastructure what if new york city’s iconic brooklyn bridge was transformed into a floating borough? that’s exactly what architect daniel gillen proposed with his submission to van alen institute’s ‘reimagining brooklyn bridge’ competition. with a shape inspired by natural landform features found at water edges, ‘the brooklyn bluff’ concept was designed to enhance public connection to nature and foster a new perspective on adaptive reuse projects.

May 04, 2021
jacques herzog on architecture as a karmic discipline + shaping cities for friedman benda's 'design in dialogue'
in an hour long conversation, the founding partner of eminent architectural firm herzog & de meuron spoke about his firm’s practice and legacy, and the cultural role of the architect today.
design
618 shares
connections: +210