over the course of the year, designboom has covered numerous projects in the fields of architecture, art, design and technology, presented through the format of moving image. from a sexually-charged teaser for the fiat 500X compact crossover, to a visualization of the evolution of the workplace, the short movies take the audience in-depth to the project’s visual core, offering a stimulating and dynamic look at creative work through animated, documentary and digital formats. the final feature in our TOP 10 series looks back at the most memorable videos we watched in 2014.

in conjunction with the reveal of the fiat ‘500X’ compact crossover, the italian automobile manufacture released a teaser showing the car’s key features: that it’s bigger, more powerful and ready for action. in this official fiat 500x commercial, set within a traditional italian village, everyone who comes into contact with the car gets a little…excited.

harvard innovation lab visualizes the evolution of the desk

the past 35 years has seen the transformation of the everyday things that surround us traverse from tangible to virtual. a digital app exists for everything from world mapping to paying bills, completely recontextualizing the tools we use in the workplace. a team at the harvard innovation lab has encapsulated this history of technology, as it relates to the office, in a video, ‘the history of the computer desk‘, demonstrating the steep shift from cork boards and fax machines to pinterest and PDFs.

video courtesy of the soup

in a response to the ever-present photo manipulations and artificially enhanced idea of beauty, directors bálint nagy and nándor lőrincz have used the music video of singer-songwriter boggie to show, in real-time, her computerized cosmetic transformation. the clip begins with the make-up free, natural face of the young musician and, throughout the video, a photoshop-like software gruadually alters her image, changing the tone of her skin and eyes, adding shadow and blush, removing marks from around the forehead, and doctoring the shape of her nose and hair style. the final result is a ‘public face’ — a visualization of augmented beauty, which brings to light the controversy regarding society’s traditional notions of an aesthetically acceptable and pleasing person.

portrait photographers often aim to relax their subject, directing the person behind the camera to feel casual yet composed in order to achieve the most natural result. charleston-based photographer and founder of fstoppers patrick hall contradicts these traditional parameters and has placed a selection of men and women in extremely uncomfortable conditions: getting tased. ‘I am always trying to make people feel comfortable in front of my camera so I can capture a real emotion from them.’ hall says in his project description ‘but what if I was able to make people feel so uncomfortable in front of the camera that I could guarantee an interesting portrait every time?’.

‘LIFEWIRE’ by marita mitrovic for the future banking competition

the first place winner of the DESIGNBOOM x DEUTSCHE BANK competition was designer marita mitrovic for her visualization of the ‘LIFEWIRE’, a debit card which shows you how much money has been spent, relative to the amount of money that you could have spent. watch the video to see how it works.

dutch brokerage firm verder met wonen illustrate the potential of creative real estate with a promotional video, showing a mock-roller coaster ride through a house-for-sale. the wooden framework has been installed to weave throughout the interior and exterior of the brick home, taking home buyers on a physical and fun journey through the various rooms and backyard. prospective residents were asked to hop inside a tiny wooden car and cruise through the kitchen, bedroom and patio, touring the property in a completely unexpected way.

this year, the ‘sweetie’ virtual child helped catch thousands of perpetrators in two months, winning the top honor at the dutch design awards 2014 for its achievement. webcam child sex tourism is a new phenomenon which forces kids into sexual activities for money and the charity aims to stop this before it becomes an industry. these predators are able to contact young, poor victims in developing countries and get away with it due to the live streams over the internet. the campaign’s nearly 8-minute video aims to stop webcam child sex tourism and bring attention to this startling issue.

in an effort to describe the increasing street and sexual harassment women face in egypt, two female filmmakers based in cairo have documented this experience in ‘creepers on the bridge’. colette ghunim and tinne van loon secretly filmed the stares they received on a walk across across the qasr al nile bridge, described by the documentarists as ‘one of the places where it is the most intimidating to walk alone as a woman’. the video follows point-of-view footage, emphasizing — from their own vantage point — the feeling of being objectified in the streets.

creatively taking on the question of ‘how can we make our cities safer places?’ smart has installed an urban intervention for their ‘whatareyoufor’ campaign that keeps pedestrians occupied while waiting to cross street. the ‘dancing traffic light’ puts on a spin on the traditional, illuminated red person used to indicate vehicular safety, by asking everyday participants to contribute to the figures fluidly, free-style moves. a walk-in booth invited passers-by to pick a song and groove to the tunes, while their silhouette was projected onto the virtual display. take a look at the video to see the ‘dancing traffic light’ in action.

a look inside the glass is tomorrow workshop: design meets craft at sişecam factory in turkey

designboom recently attended the 5th ‘glass is tomorrow’ workshop, inside the production facilities of one of the world’s top three home glassware manufacturers, the ‘sişecam group’ in denizli, turkey. the workshop aimed to push the boundary of technique, process, material, and aesthetics (the appreciation of glass as a creative medium). glass is tomorrow is an european network which aims at establishing a more fluid exchange of knowledge and competencies between glass and design professionals in europe. the project hopes to open up new potentialities and to generate dialogue about the conception, production and distribution of contemporary glass works. 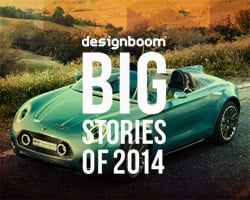