we’re building up to milan design week 2018 — the city’s busiest and buzziest time of the year, outside fashion week. MDW brings together 2,000-plus exhibitors from more than 165 countries, taking over the trendsetting city with a plethora of must-sees and not-to-be-misseds, setting design lovers the impossible task of seeing it all. curious about this year’s highlights? designboom’s insider guide to milan design week 2018 rounds up the top 30 in two parts to satisfy your planning needs in the run up to the most exciting event of the year.

this year, designboom will host the second edition of THE DESIGN PRIZE, the award recognizing design excellence on a global scale; an evening in conversation with california-based artist phillip k. smith III on his dynamic, light-based installation for COS; the annual LEXUS DESIGN AWARD; bring you live coverage during ICON’s series of design talks and from carlo ratti associate’s installation ‘four seasons under the same roof’ at the duomo square; and last but not least, has teamed up with cutting edge japanese brands SONY and ISSEY MIYAKE and will report from inside the shows.

events in collaboration with designboom: 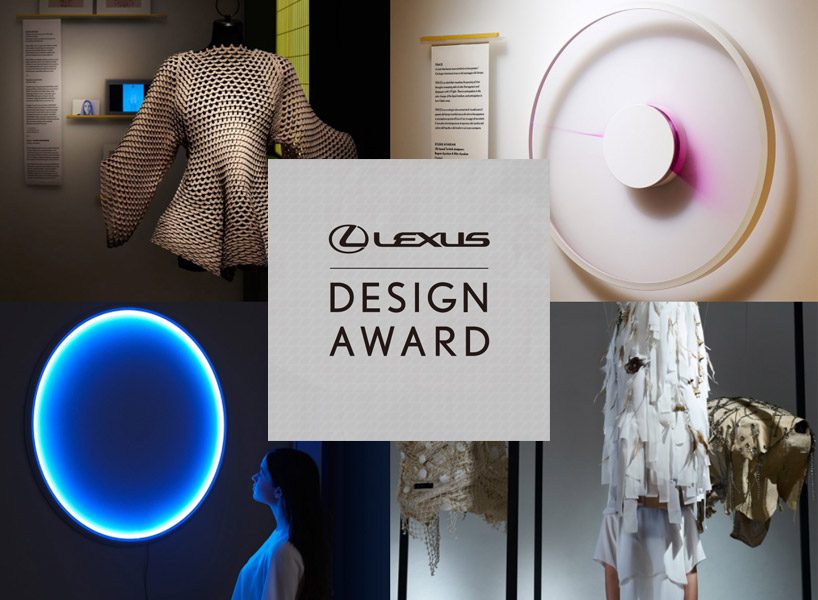 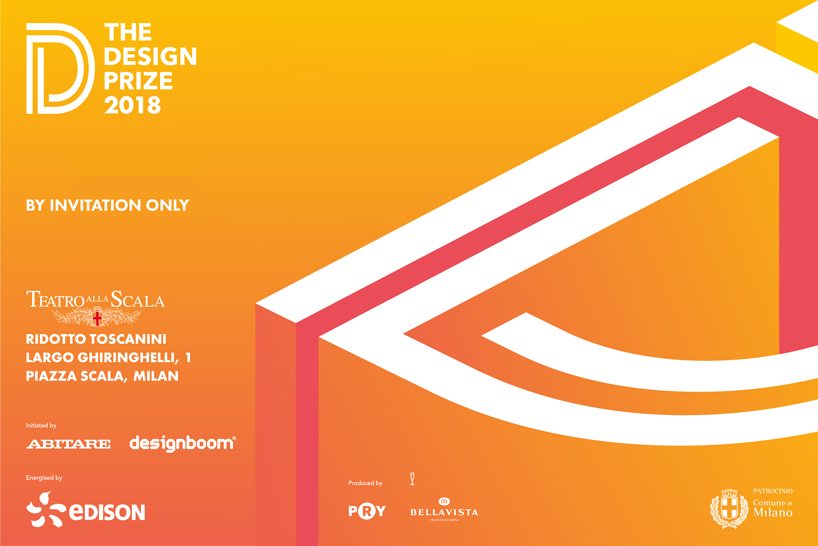 
THE DESIGN PRIZE has confirmed its institutional role and — for the 2nd time — we’re honoring international design excellence during milan design week. the philosophy of the award program is: from backstage to center stage. a long list of more than 700 nominations came in from a scientific committee of more than 150 creative professionals involved: a (backstage) community of makers! a jury is currently voting on the finalists from a shortlist of 30 nominations. meanwhile, a public voting for the category ‘social impact’ is on its way. designboom and abitare magazine present the international gala award ceremony at teatro alla scala. THE DESIGN PRIZE is energised by EDISON, one of the main energy providers in italy and europe. THE DESIGN PRIZE

by the way… you might want to VOTE? you can help decide who goes home with THE DESIGN PRIZE here!

‘my first me’ exhibition by masahiko sato for issey miyake 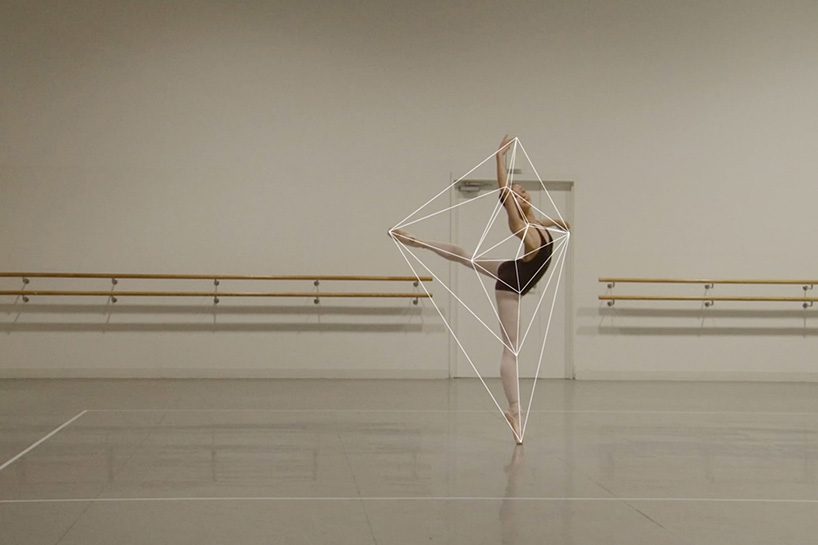 during milan design week, an exhibition by masahiko sato — professor at the graduate school of film and new media tokyo university of the arts — is being presented at the issey miyake shop in milan. titled ‘my first me: know yourself like never before’, the show is an iteration of ideas from sato’s latest book ‘new ways of understanding’, comprising interactive installations and film works that make use of technology to induce ‘sensations that has never been experienced before’. inside, a series of expressive media and video — including the film ‘ballet rotoscope’, previously published by designboom — posits that humans can become aware of something about themselves that they have never known before… designboom will report from inside the show. ISSEY MIYAKE 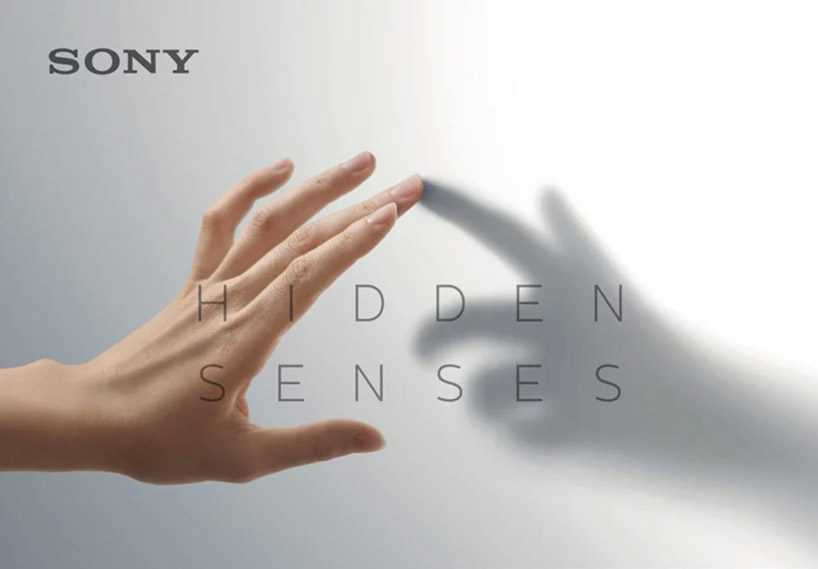 see, hear and feel hidden senses that inform your everyday life. the sony ‘hidden senses’ exhibition creates a sensorial experience where the connection between technology and human behavior is explored to envision an enriched lifestyle for a new tomorrow. visitors will experience the incredible opportunities advancements offer but seamlessly, as the technology employed by sony blends into a highly focused and attuned contextual space, full of familiar and seemingly familiar objects. designboom will report from inside the show. SONY


icon design talks returns for a series of lectures and talks taking place at the microsoft house and the cinema anteo. from 17 to 22 april the event will host speakers including: david adjaye, michael anastassiades, atelier biagetti and stefano boeri. designboom has teamed up with icon design talks for the live coverage of the program and will host its own talk on saturday 21 at the microsoft house discussing design and architecture on the web. ICON DESIGN


what: designboom milan | NY reports on architecture and design developments
when: april 21 at 11:30
where: microsoft house, viale pasubio 21


designboom in conversation with phillip k. smith III for COS 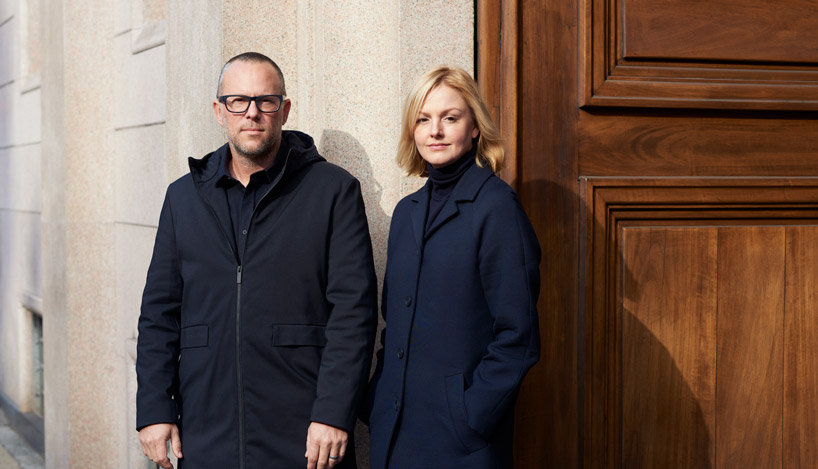 what: conversation with phillip k. smith III + installation for COS
when: designboom event: april 19 from 6:30PM – 8PM | installation on view april 17-22
where: palazzo isimbardi, corso monforte 35


COS is bringing an awe-inspiring, architectural-scale installation by artist phillip k. smith III to milan design week this year, marking the international fashion brand’s seventh consecutive participation during the most anticipated event on the creative calendar. ‘open sky’ is a site-specific work devised specifically for the 16th century palazzo isimbardi which it inhabits, and comprises a reflective, semi-circular form. sitting on the courtyard floor, the installation actively engages with the sky over milan and the surrounding architecture, creating an ever-changing experiential atmosphere. PHILLIP K. SMITH | COS

designboom is excited to be collaborating with COS for the second year by co-hosting an evening in conversation with american artist phillip k. smith III 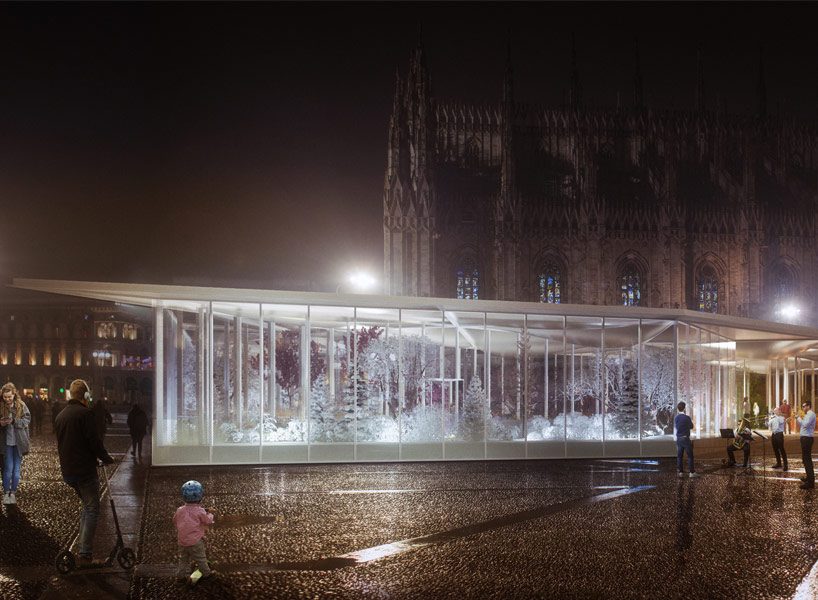 carlo ratti associate’s ‘living nature’, a project representing the main venue of salone del mobile in the city is a garden pavilion that allows all four seasons to coexist under the same roof. the 500 square-meter temporary installation uses leading energy management systems, such as photovoltaic cells, accumulators and heat pumps, to allow and control spring, summer, autumn and winter to unfold at the same time. it aims to explore the relationship between nature and living, while fostering new discussions about sustainable design in our homes. designboom will report from inside the show. CARLO RATTI ASSOCIATES 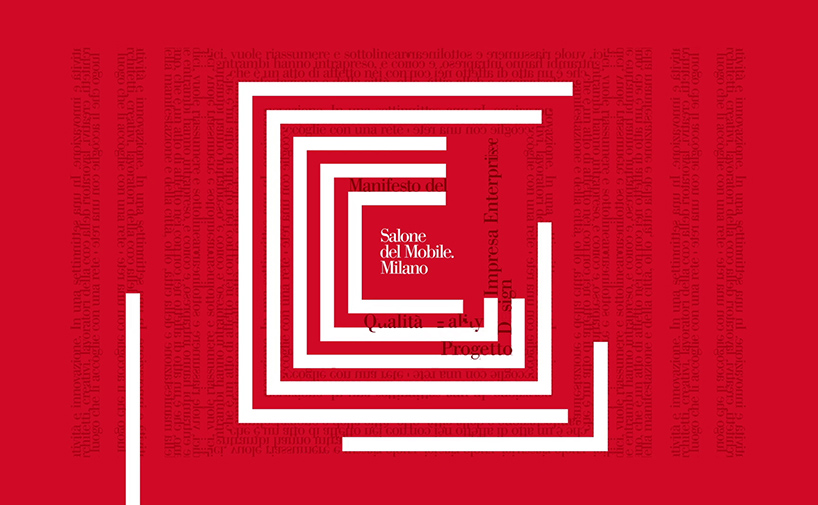 salone del mobile.milano will bring more than 2000 exhibitors occupying over 10,000 square meters, showcasing the best the world of furnishing accessories has to offer in terms of typology – accessories, objects, ornaments and decorations, fabrics – and style – from classical to design. the over 300,000 visitors who flock to it each year will find the exhibition packed with everything that helps to bring character and originality to the domestic spaces. SALONE DEL MOBILE 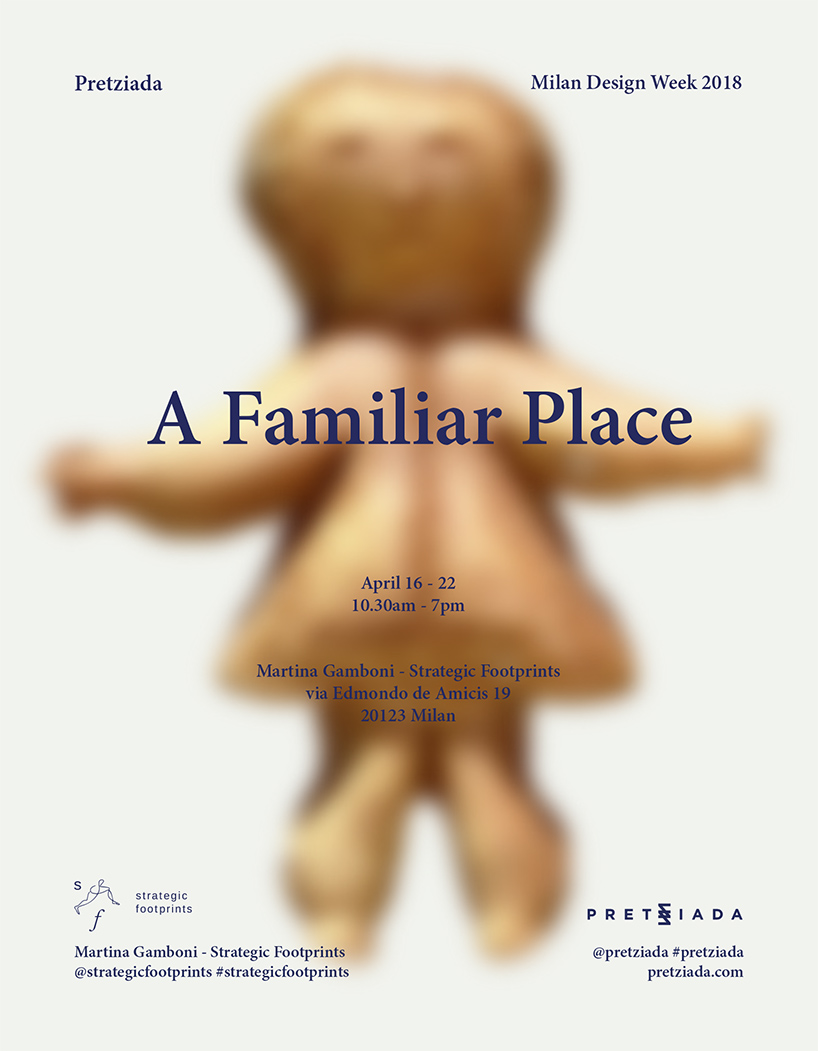 what: exhibition spotlighting the work of pretziada
when: april 16-22, 10AM – 7PM
where: via edmondo de amicis 19


founded by milanese artist ivano atzori and california-born creative kyre chenven, pretziada — meaning ‘precious’ in sardinian — is an interdisciplinary practice that fuses design, craftsmanship, journalism and tourism. based in sardinia, italy, the brand places the island at its core, highlighting its traditions and unique local heritage. through exclusive collaborations with local artisans and international makers, the duo has managed to celebrate their beloved location in a respectful and creative way. an exhibition titled ‘a familiar place’ will take a closer look at the studio’s work. PRETZIADA | MARTINA GAMBONI 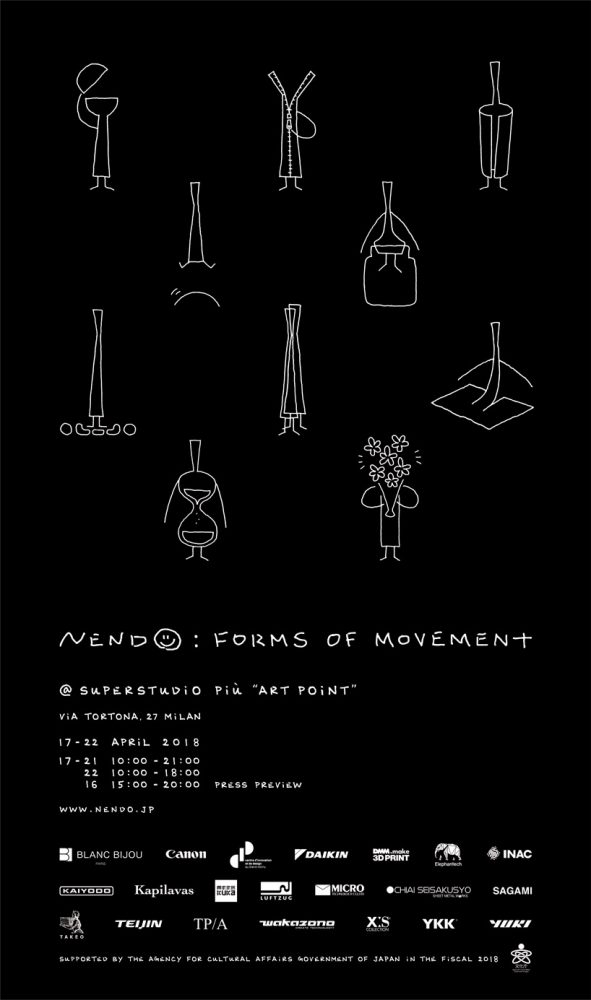 what: an exhibition by japanese studio nendo
when: april 17-22
where:  superstudio più, via tortona 27

nendo presents ten concept-objects created in collaboration with japanese companies, who use special materials and futuristic technologies. from inac to micro technology, to takeo, wakazono, X’S, YKK, blanc bijou to daikin industries, all objects are accompanied by models and mock-ups explaining the manufacturing process. as part of the exhibition the design studio will present their reinterpretation of the hourglass into four unconventional shapes. NENDO 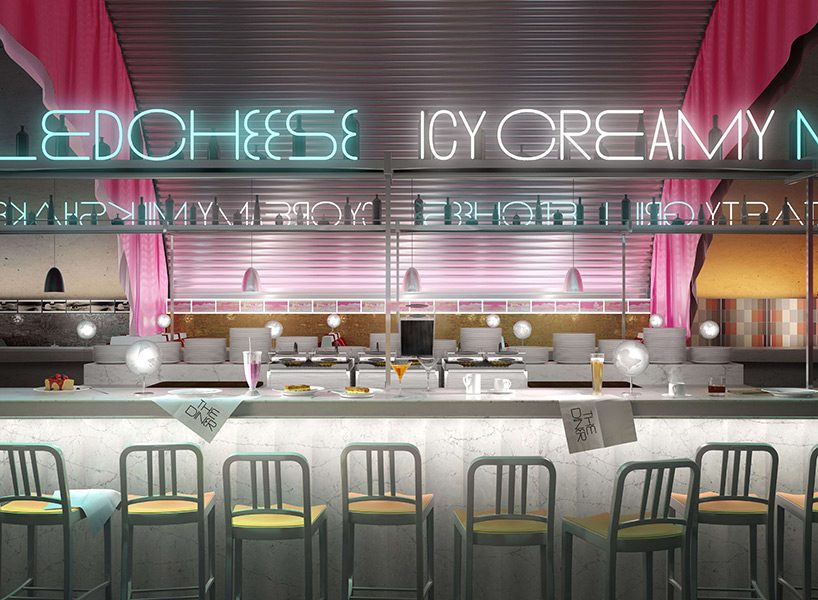 what: a diner setting designed by david rockwell
when: april 17–22
where: via ferrante aporti 11


pie replaces panettone in milan this april, as america’s archetypal roadside restaurant makes a unexpected and exciting appearance during design week. in celebration of its 25th anniversary, leading american design magazine surface unveils ‘the diner’ in collaboration with new york-based architect david rockwell. visitors will be immersed in four unique scenographic tableaus, each which adopt both culture and cuisine as reference points for distinctive, diner-inspired environments. DAVID ROCKWELL | SURFACE 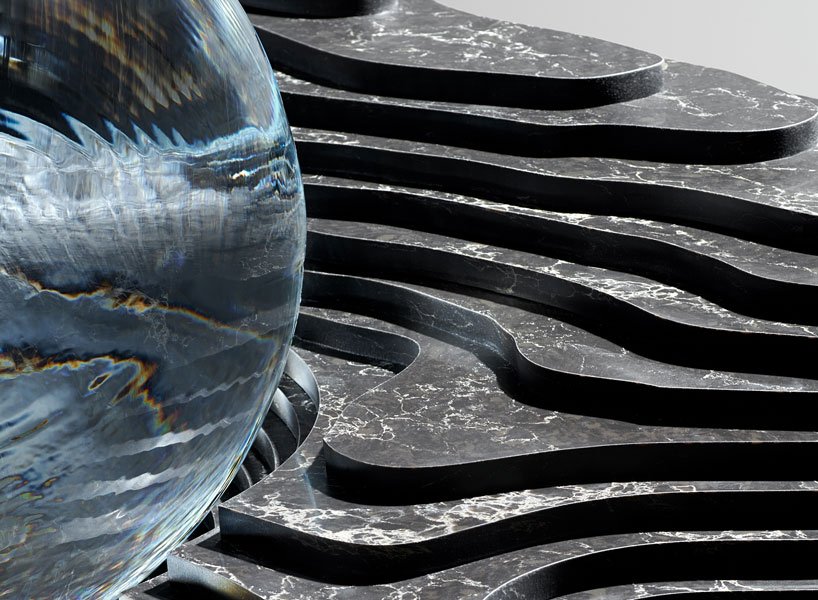 what: snarkitecture explores the future of the kitchen island
when: april 17 – 21, 10AM – 7PM
where: corso di porta romana 10


at milan design week, the archetypal ‘kitchen island’ will be reincarnated as an experimental landscape of smooth surfaces that draw from architecture, topography and the natural elements. leading quartz manufacturer caesarstone — continuing its designer program, which has seen previous partnerships with jaime hayon, tom dixon, and many others — has teamed up with new york-based snarkitecture for its 2018 edition. open to the public for the first time, the work will be displayed within the faded grandeur of palazzo dell’ufficio elettorale di porta romana. SNARKITECTURE | CAESARSTONE 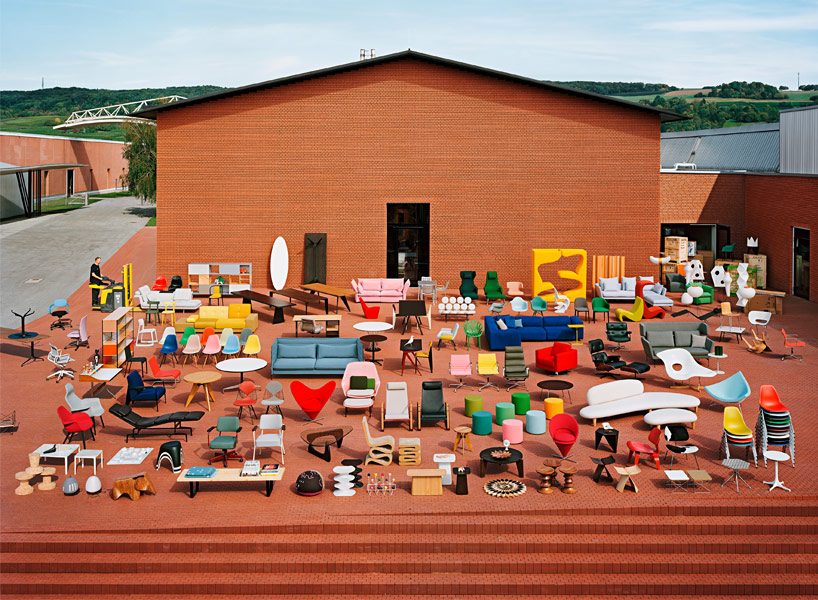 
the ‘typecasting. an assembly of iconic, forgotten and new VITRA characters’ exhibition by VITRA immerses visitors in the history, present and future of the swiss furniture company. the exhibition explores a critical assessment only typically seen in the film industry, where actors are often typecasted into a particular role repeatedly. by likening the products to their owners as such, the installation strengthens the connection between product and user, and as a result, highlights many contemporary changes in society and thus the continuous effects this has on the furniture typologies. VITRA 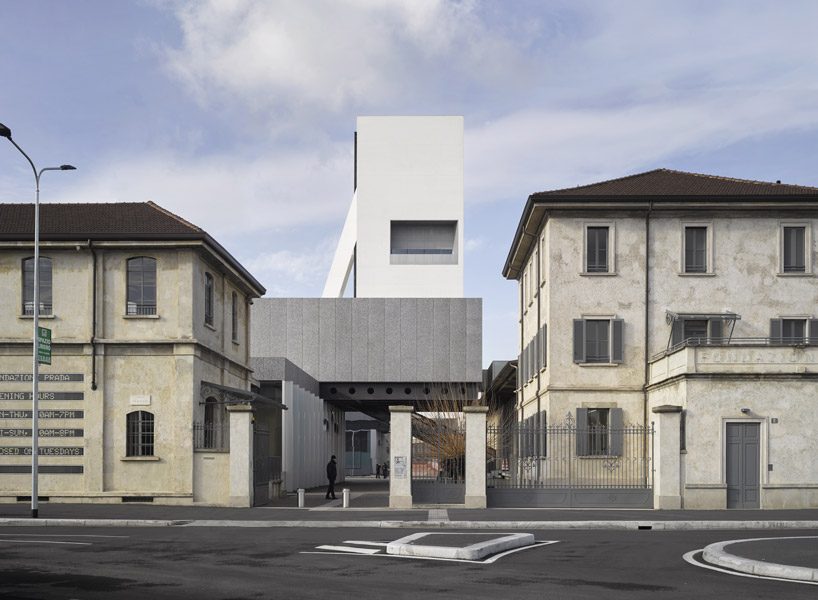 
milan’s fondazione prada will open its OMA-designed tower on april 20, housing the institution’s permanent collection. the tower is one of three new buildings that distinguish fondazione prada‘s architectural complex. the tower includes nine floors, six of which will dedicate 2,000 square meters to exhibitions. the rest will offer a variety of different services to visitors including a restaurant, marking the completion of the site which was inaugurated in 2015. OMA | FONDAZIONE PRADA 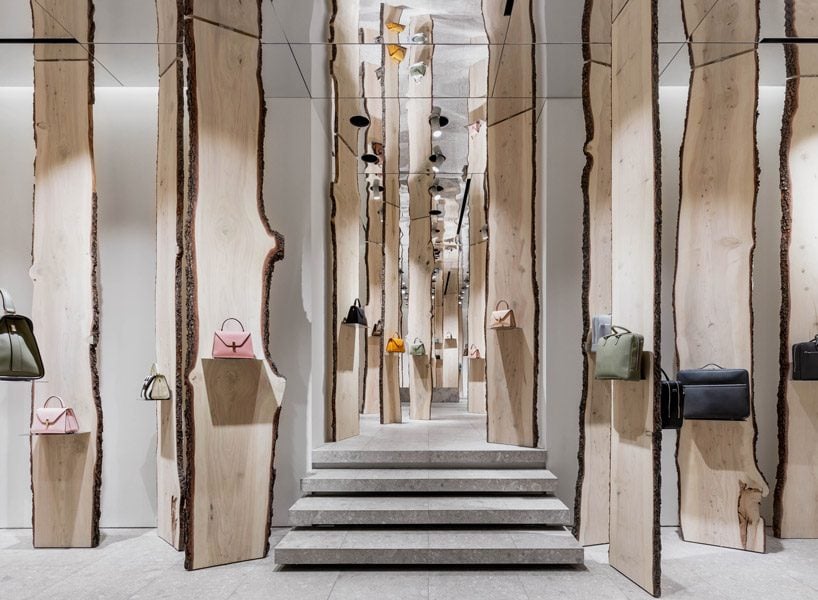 what: kengo kuma pop-up retail store concept for valextra
when: currently
where: valextra, via alessandro manzoni 3


for fall/winter 2018 valextra invited japanese architect kengo kuma to create an enchanted forest inside its retail store on milan’s via manzoni. featuring raw, sectioned planks of cedar wood alternated with mirrored surfaces throughout the space, the forest is kuma’s answer to the stress of urban life and an aesthetic vision that offers an enchanted experience. KENGO KUMA | VALEXTRA