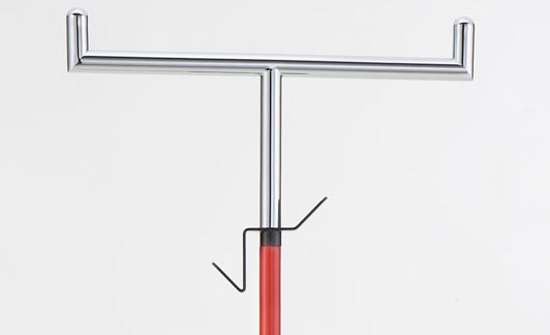 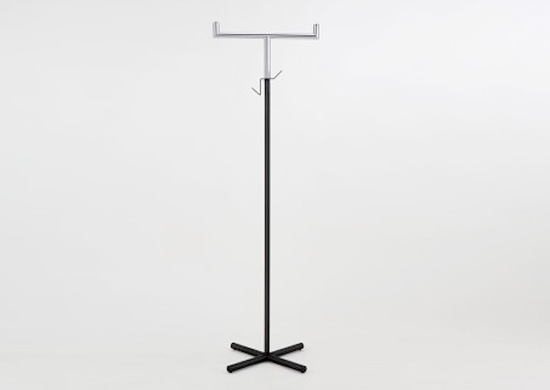 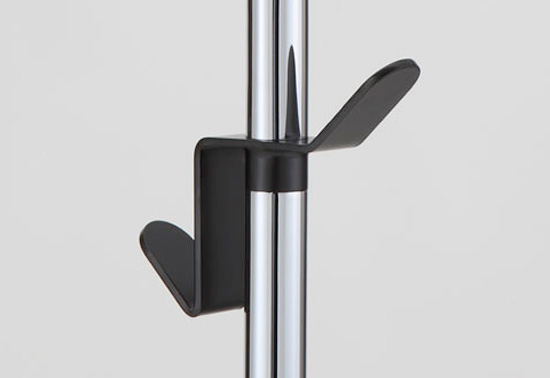 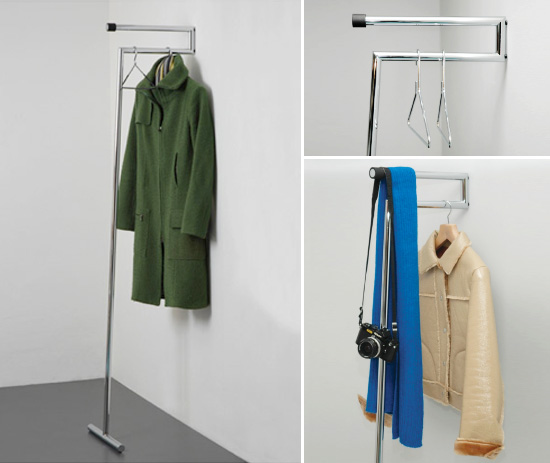 this coat rack leans against the wall without any fixing. the upper metal tube is provided with a piece of rubber and can be used as a hook for caps, bags or jackets.