japanese designer toshihito okura presents ‘photon’ lamp at tokyo designers week 2010. the form of the lamp is made from polycarbonate. its surface is punctuated by a pattern of cable ties, woven in and out of its exterior. cable cord is then used fed through the ties to add another element of design to the lamp. for okura, ‘photon’ is meant to be an object which embodies light, within in its conical shaped components. 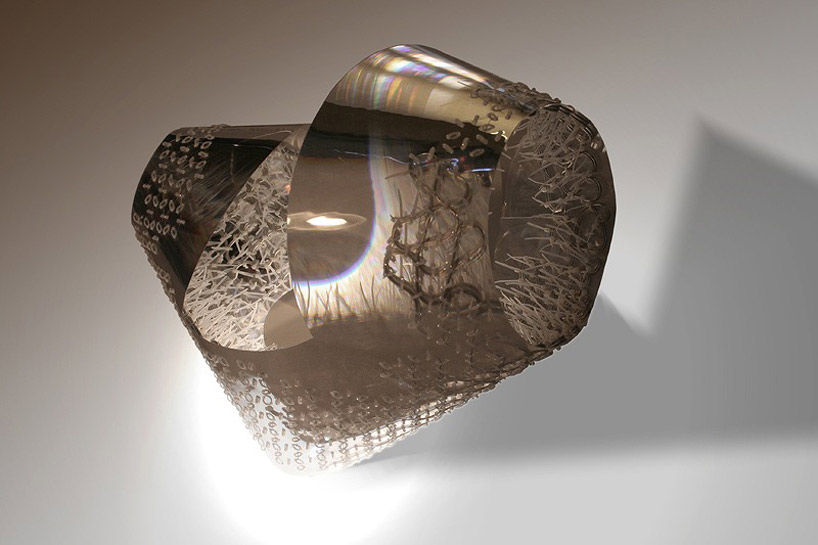 the cable ties and electrical cord create an unexpected pattern 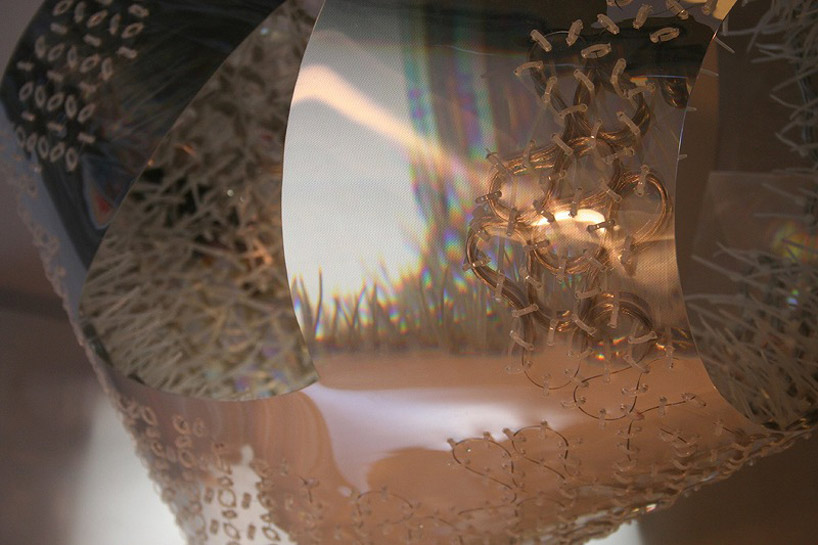 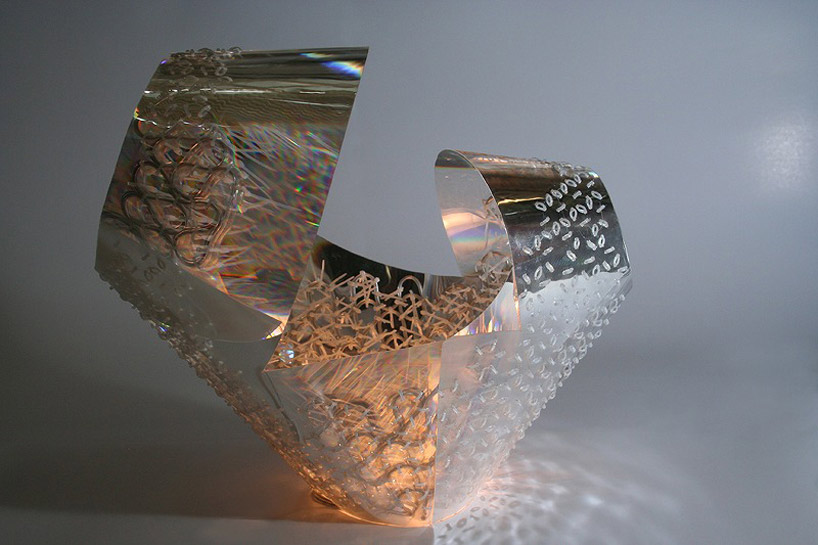 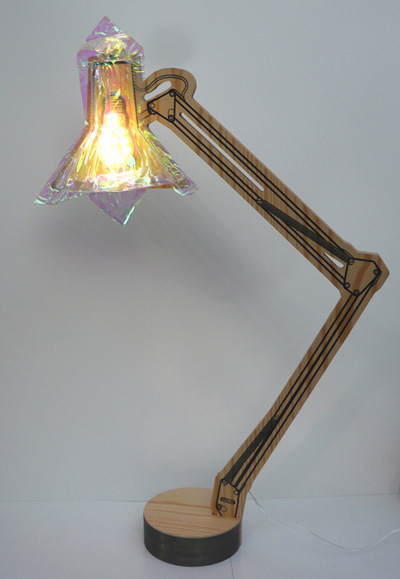