the ‘mayuhana ma’ black lamp by toyo ito for yamagiwa is a light in darkness. ‘it is the quintessential quality of light found in japan that reminds me of ‘in praise of shadows’ by junichiro tanizaki,’ says the japanese architect. originally designed in white, the black version refers to the japanese kanji character ‘真(MA)’, which means true or genuine — thus the creation of a darker, deeper more profound coloured lamp. it embodies the tonal qualities of ‘墨(SUMI)’ which refers to japanese calligraphy ink. 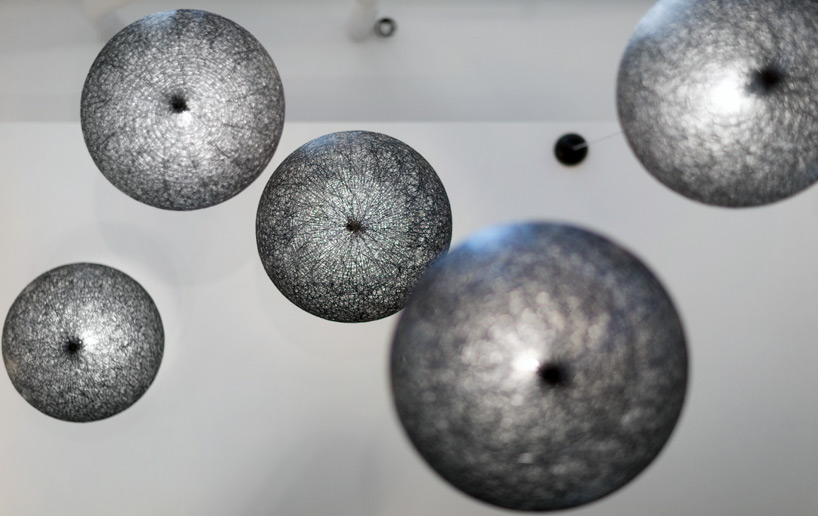 each lighting object is made from a composing of string, moulded in a way that makes the threads seem as if they have spun off of a cocoon. japanese artisans hand make each one in gunma, northern kanto in japan, rendering each one unique. the softness of the muted light which ‘mayuhana ma’ emits is reminiscent of the traditional japanese portable bonbori paper lanterns, enhanced by light peaking through the double and triple fiber glass shelters, ultimately bringing to mind the image of light depicted in tanizaki’s essay on japanese aesthetics. 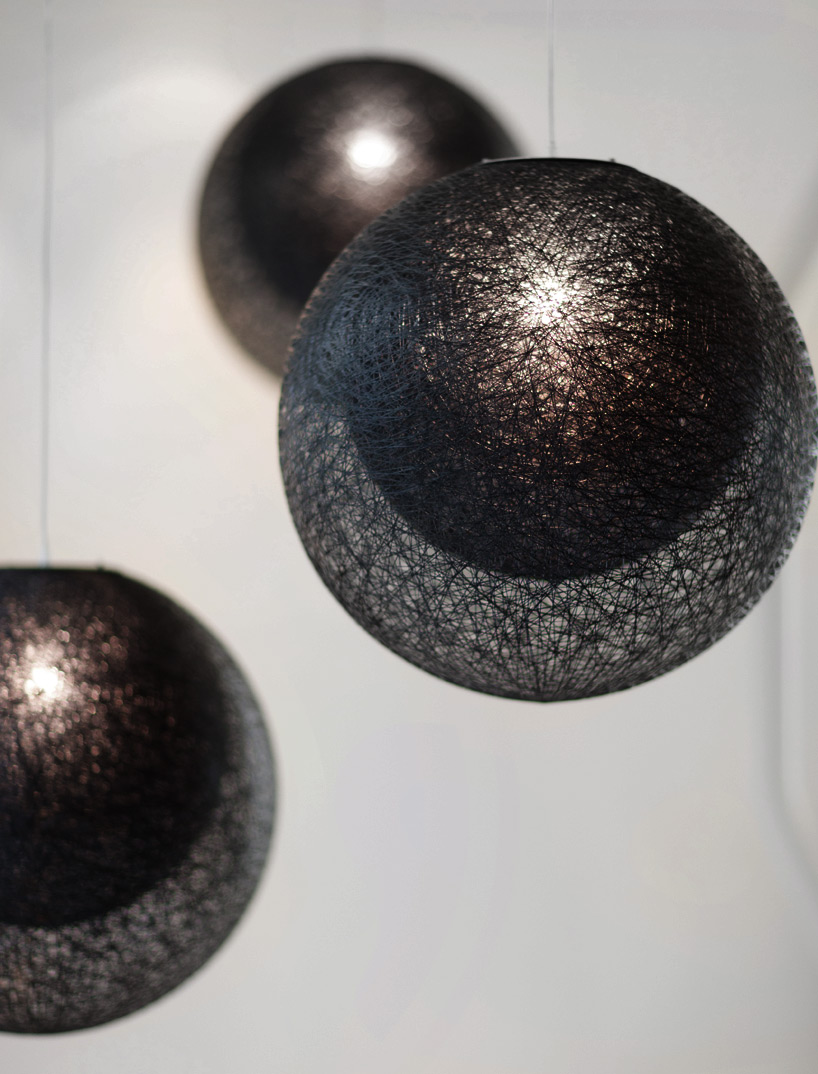 each lamp is hand-made by japanese artisans in gunma, northern kanto in japan
image courtesy of joshua tucker 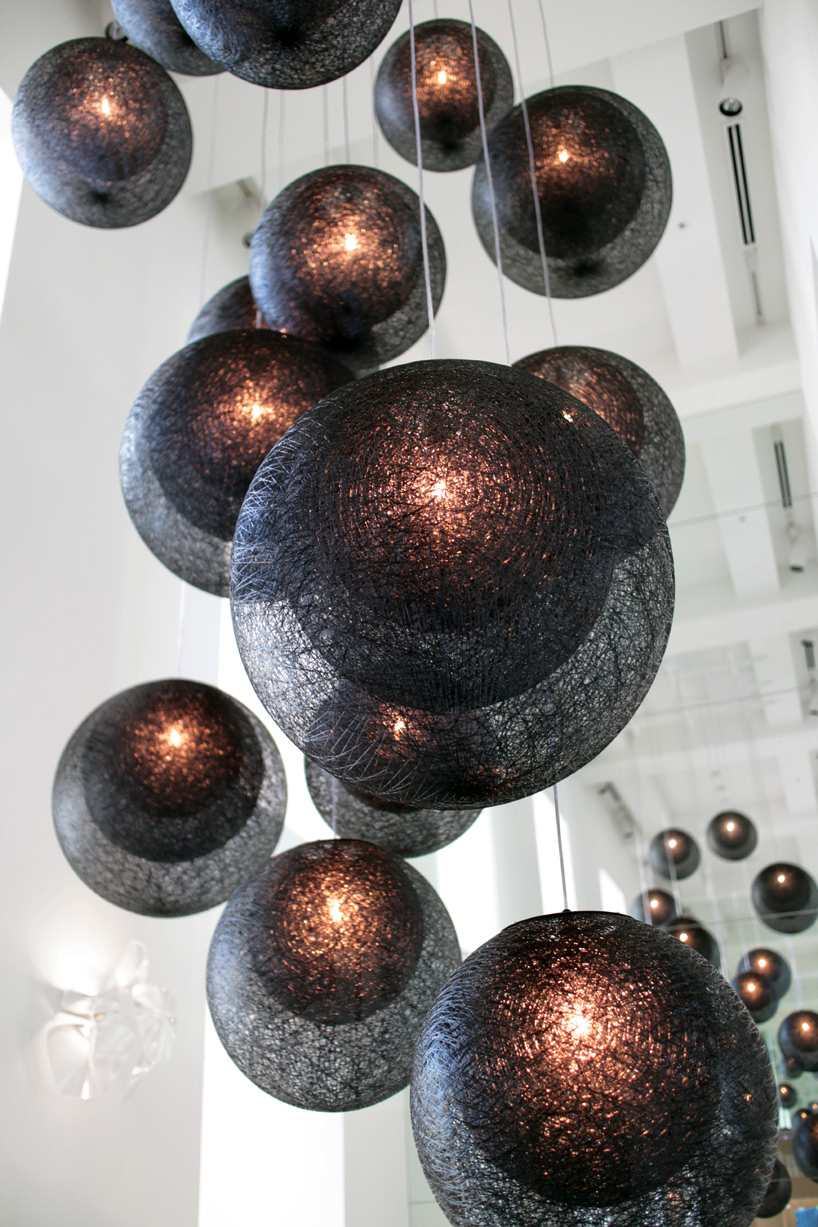 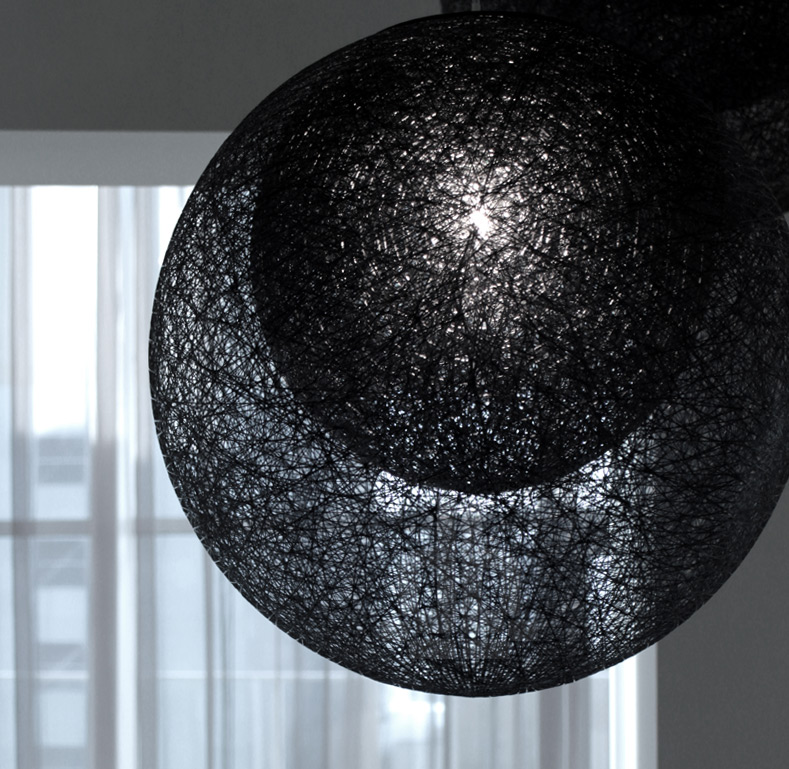 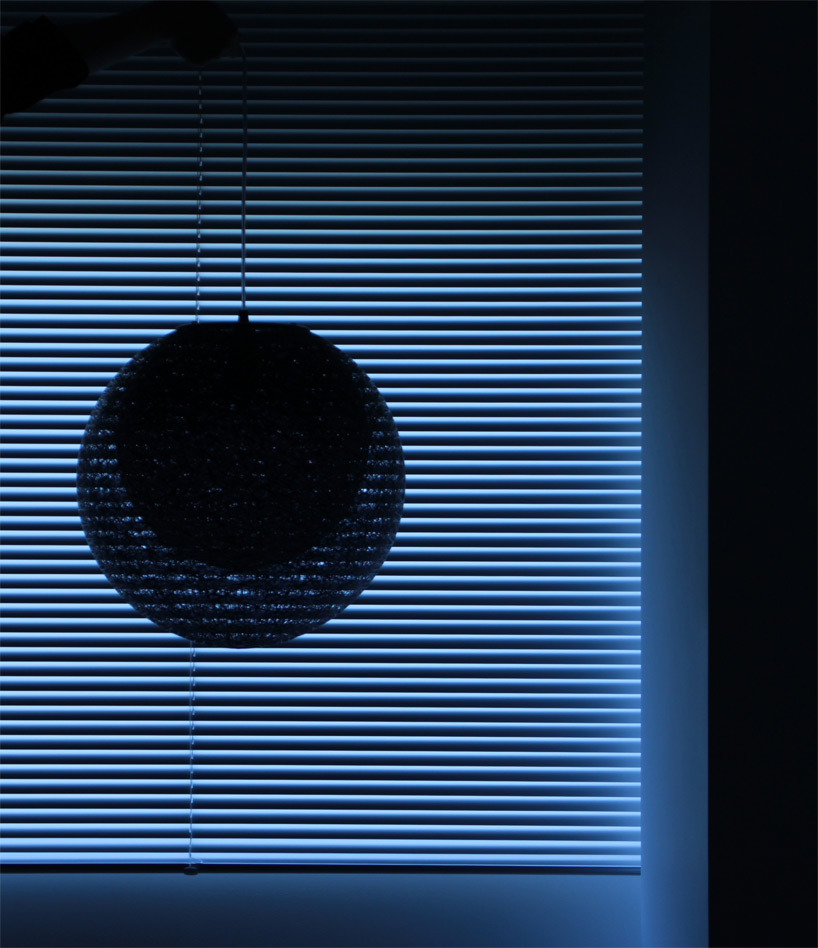