measuring 4.5 x 3.2 x 2.5 meters and weighing almost five tons, ‘transformers megatron tank’ was created by jiang chen and yang junlin’s ‘wing wah‘ metalcraft factory in huizhou, china. the tank is the most recent in a series of largescale works in the company’s ‘legend of iron’ project, including last year’s megatron and a lifesize transformer that doubles as a wine rack. 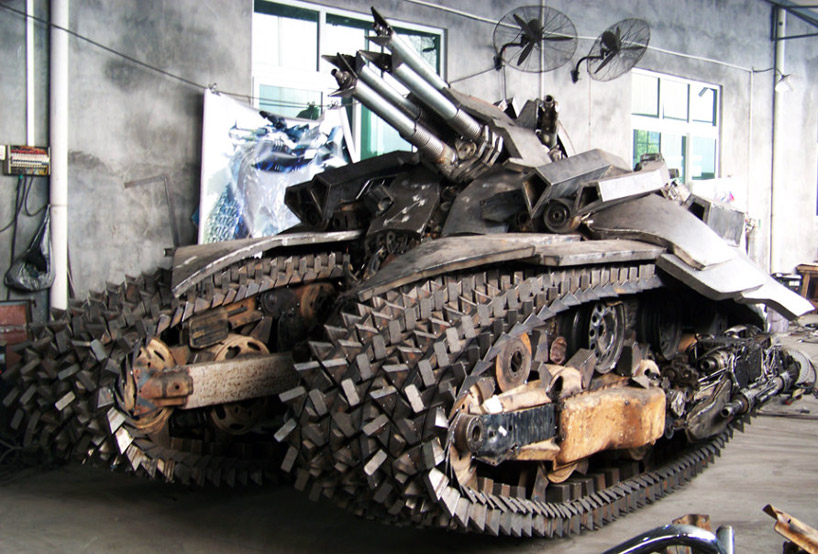 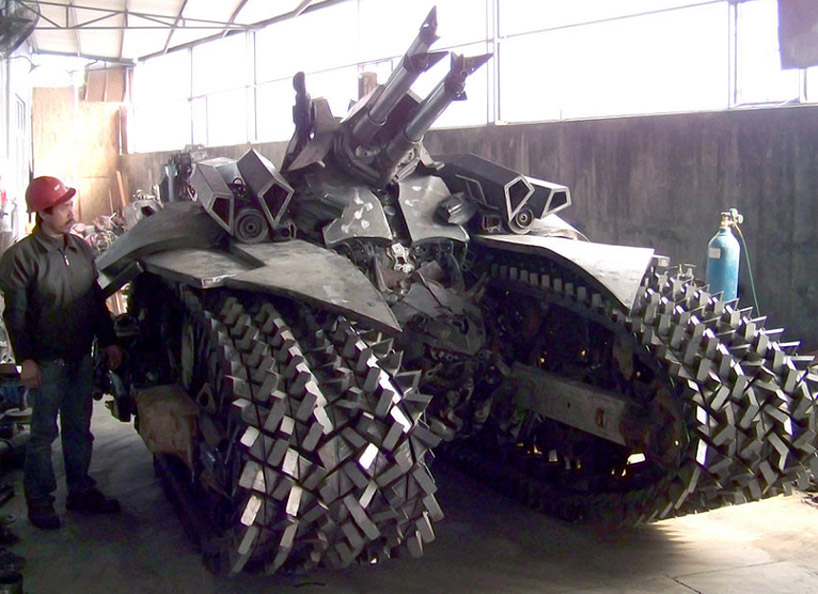 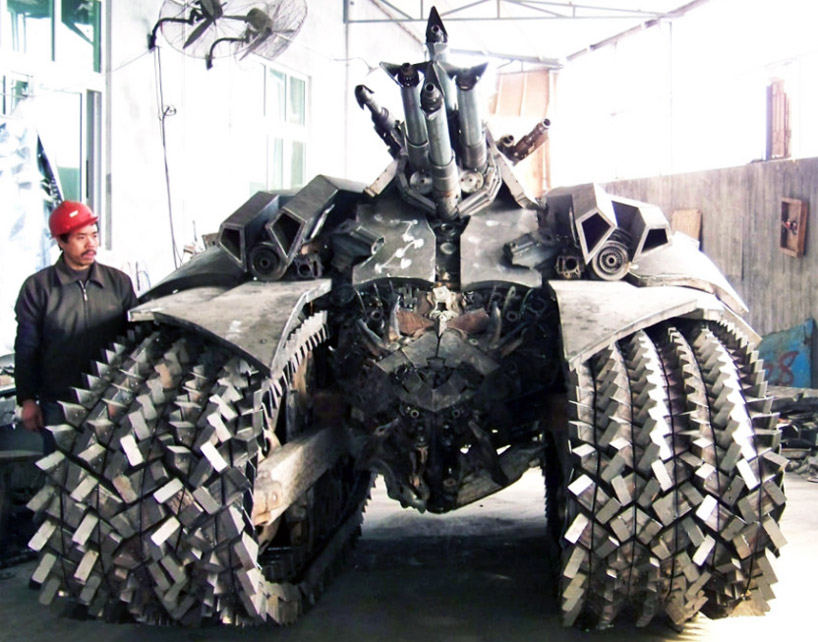 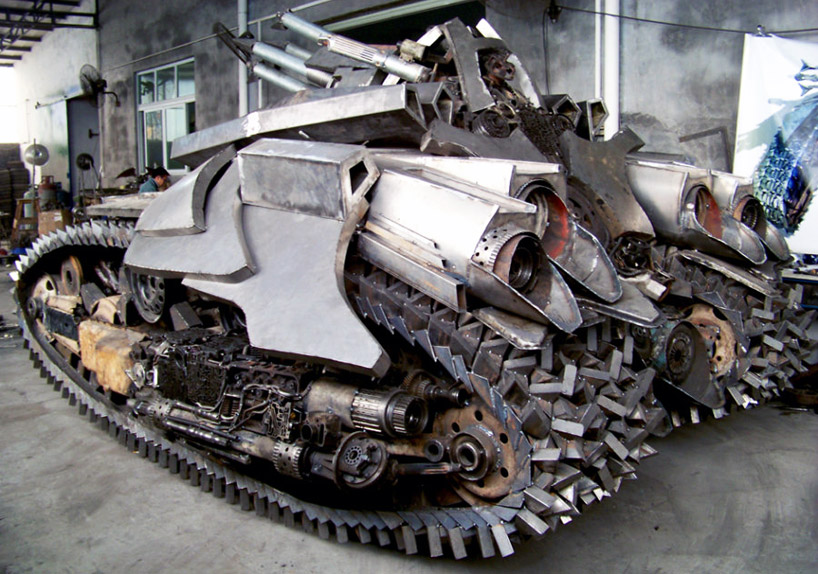 closer view of side and back 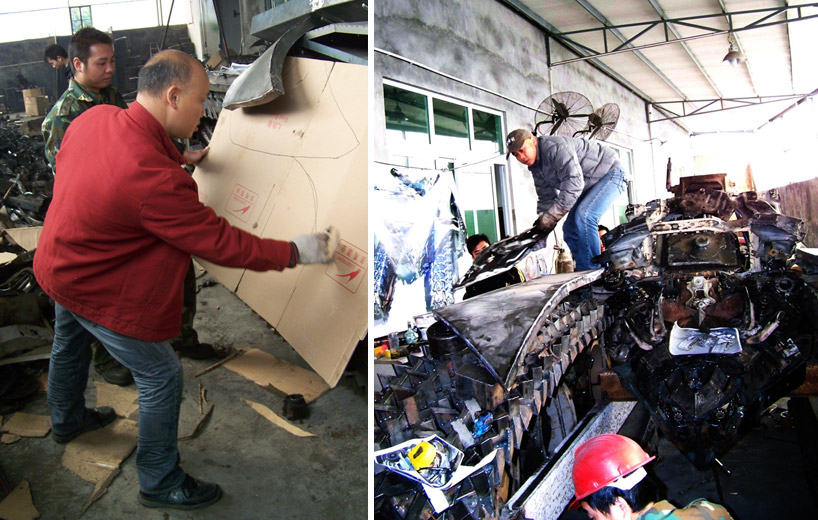 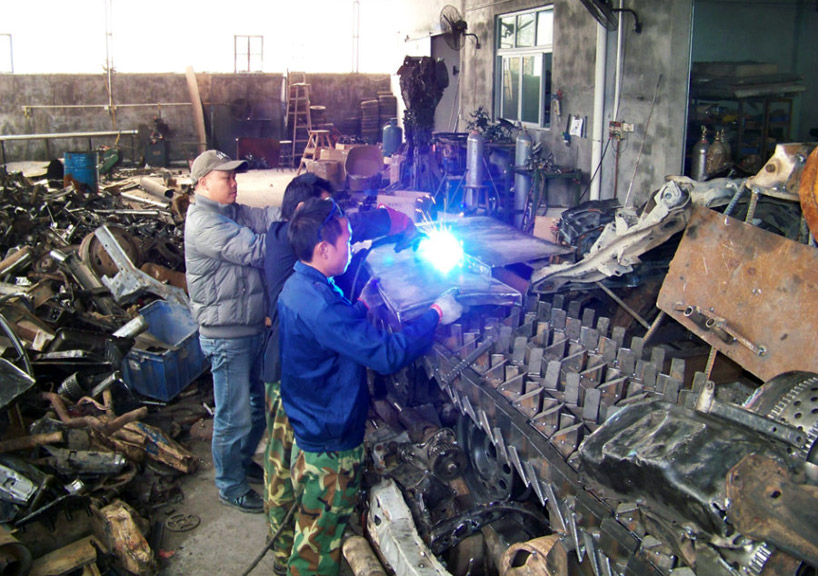 most of the raw material, here being welded together, was scrap metal