savvas laz has completed ‘a pink house’ on the easternmost edge of greece, on kastellorizo — an island known for its colored facades. a light pink facade occupies the otherwise all-white interior that follows the vernacular aesthetic of the island, all while incorporating his unique method of transforming abandoned polystyrene boxes.

this dwelling invites visitors to experience the ‘trashformers world’ following the designer’s hand-production technique as a need to get away from the era of mass-production and overwhelm. as a response, the pink house is formed with peculiar chunky furniture made of discarded polystyrene packing crates, prioritizing adaptive re-use and escapist cocooning, among the picturesque port of the island. 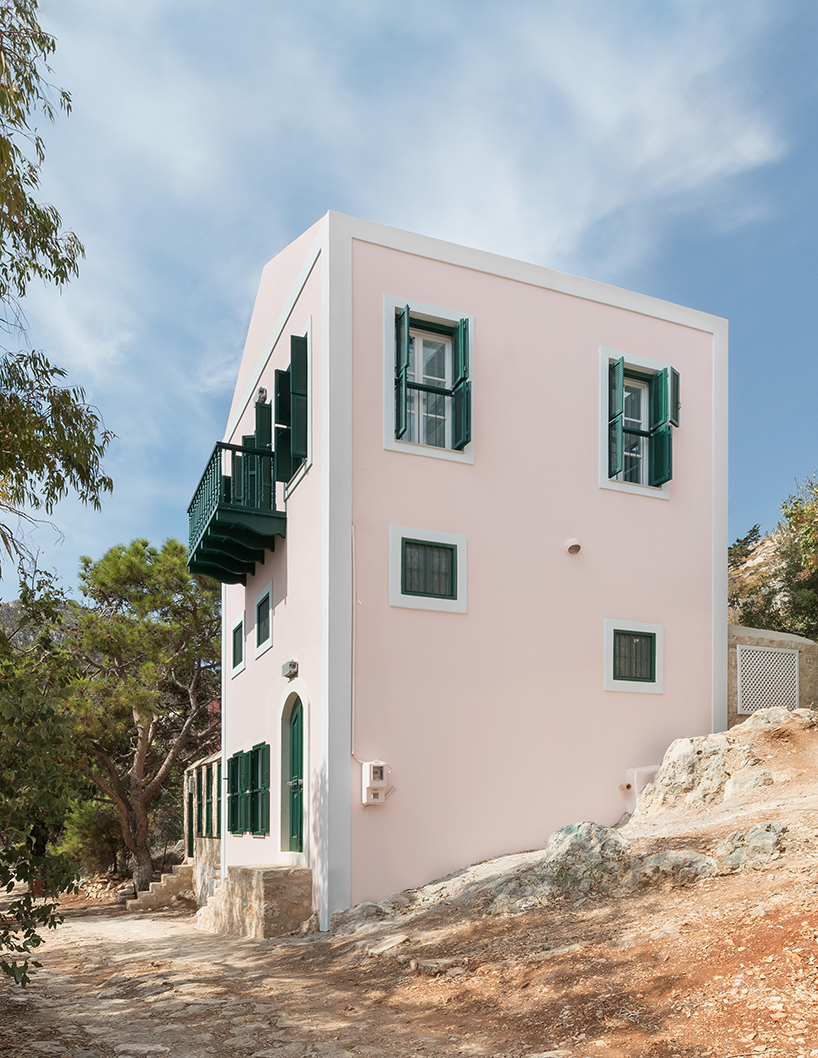 rethink trash as part of our living place

this method reinterprets waste as a part of creational processes, changing our perception of our living space aesthetics. the final design employs a blanched capsule that features a series of equipment and built-in furniture based on the ‘trashformers’ method. the process starts by forming structural skeletons from discarded polystyrene packing crates. after sealing them in fiberglass and resin, the artist gives them functionality by adding, when needed, finishing materials of mirror or textile.

more specifically, the kitchen set combines a table, bench, and food containers, the storage space blends a bar with shelving on a stairwell landing, while the upper floors accommodate unique pieces including nightstands, a bed, a desk, and shelves that shape the bedroom areas. the overall design is completed with additional details from light fixtures to banisters, adding a seamless look to the interior. 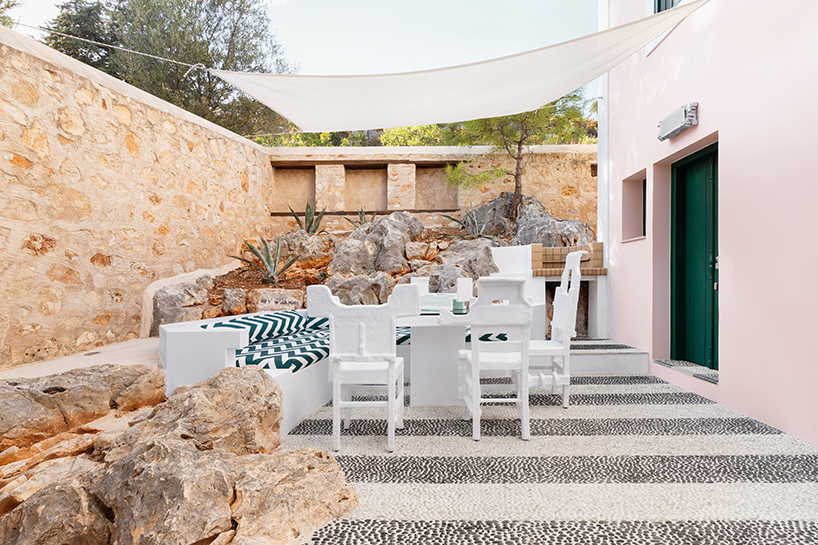 till now, laz’s trashformers pieces were characterized by their whimsical shapes painted with bright popping colors. at the pink house, the attention was shifted to white responding to the greek island’s architectural aesthetics. meanwhile, in collaboration with a kastellorizan plaster worker, the designer sculpted custom elements and details, using plaster techniques to enable a more seamless and functional way.

‘by muting individual elements and fusing them into a whole through this total white-out, laz’s chunky forms are made minimalist, leading to an environment that integrates the postmodernism of composite bricolage with the disciplined congruity of modernism, all with an eye to the future.’ 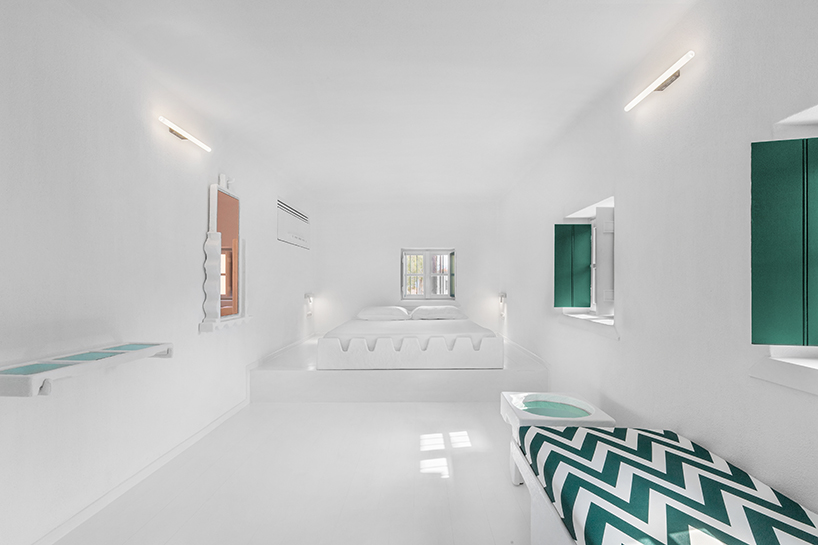 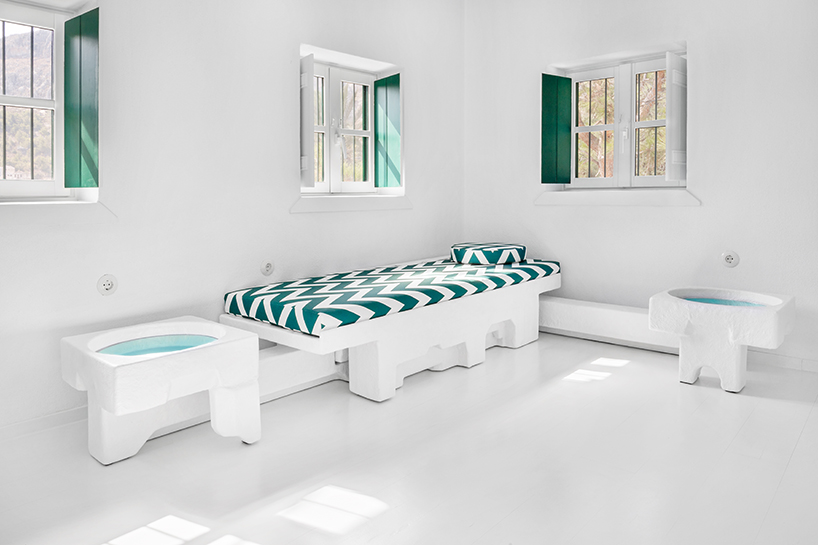 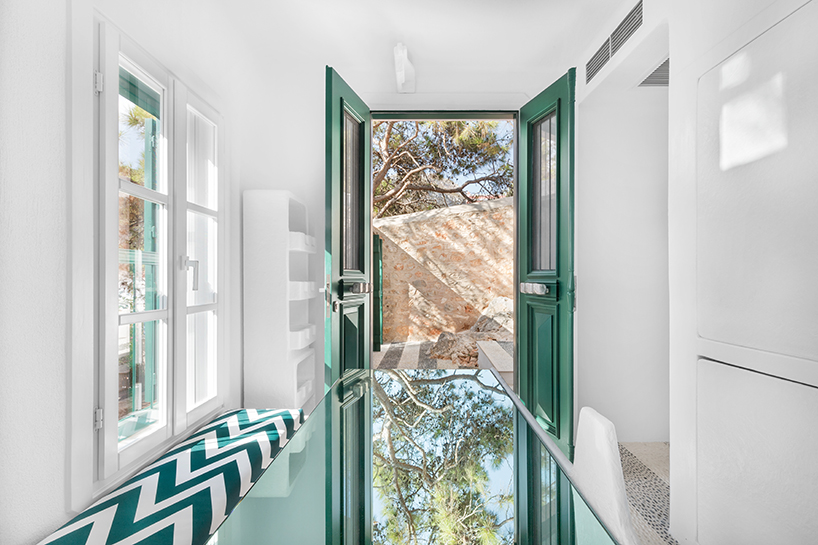 paying tribute to the existing vernacular 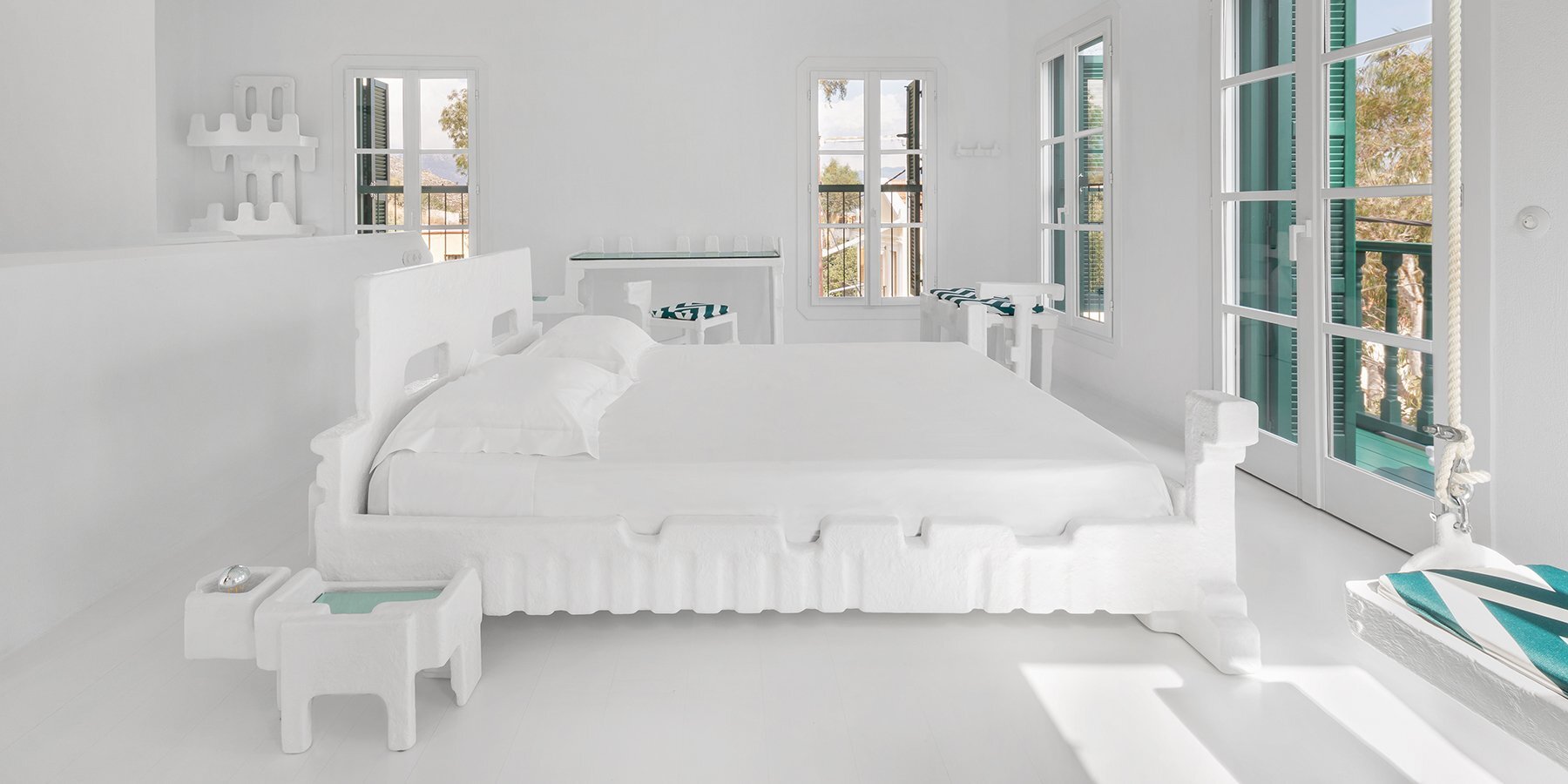 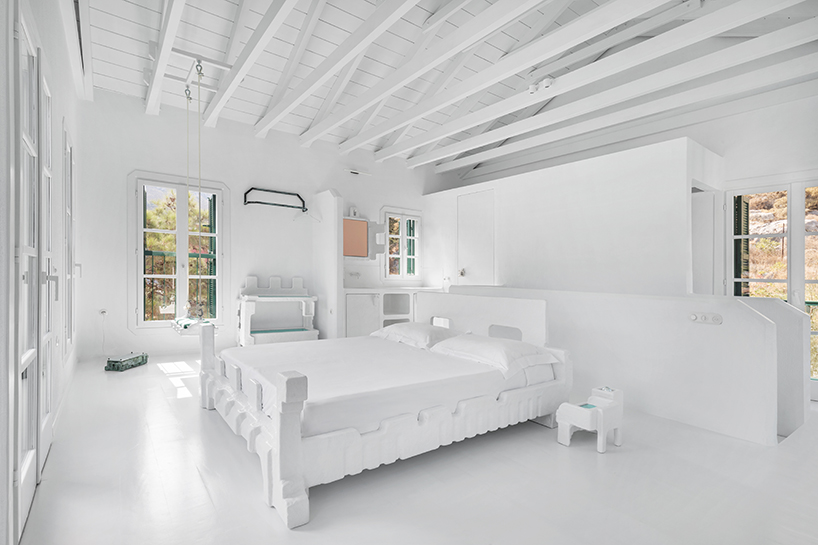 clad all in white 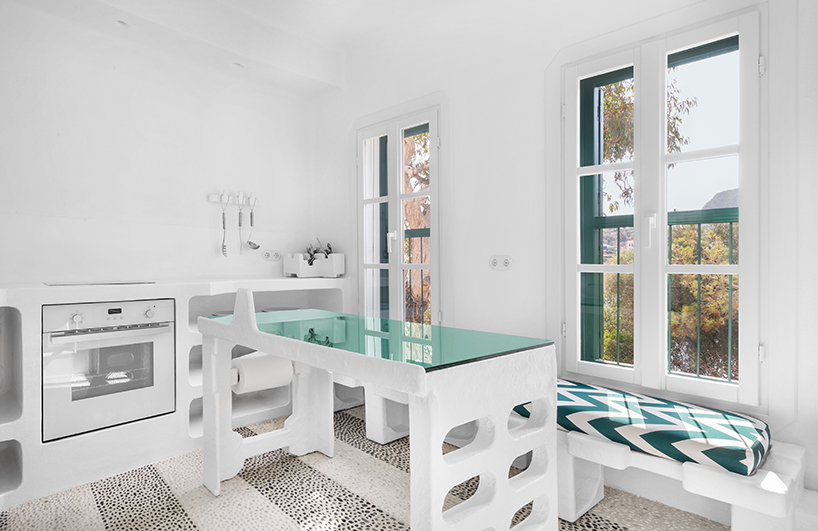 kitchen fittings made of polystyrene boxes 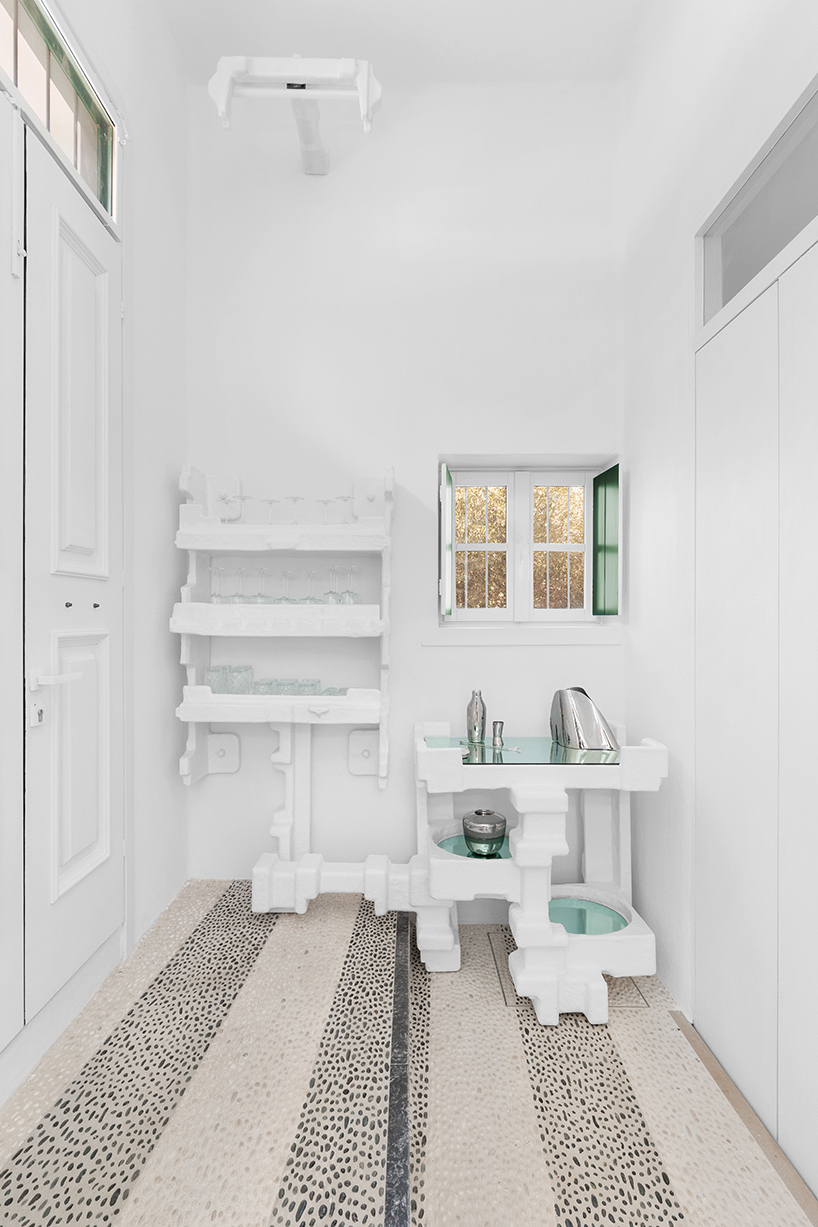 shelving on a stairwell landing 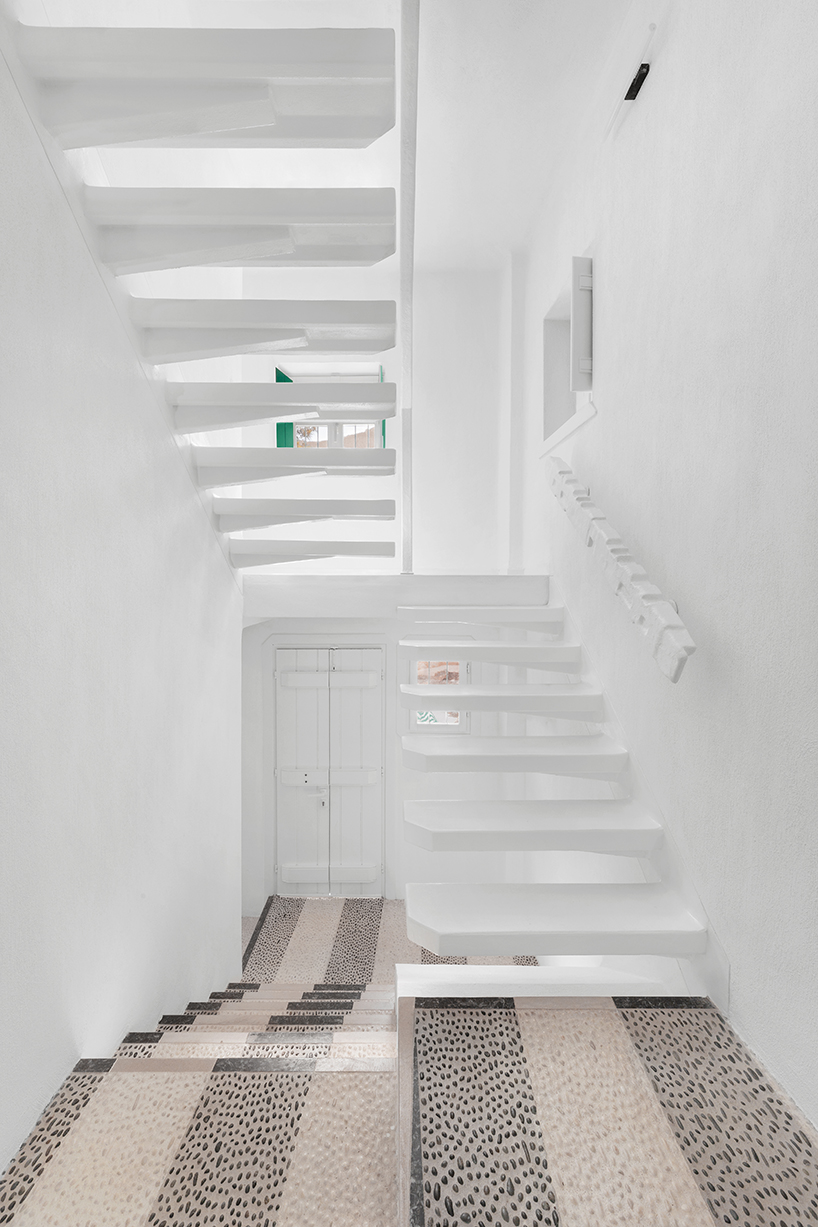 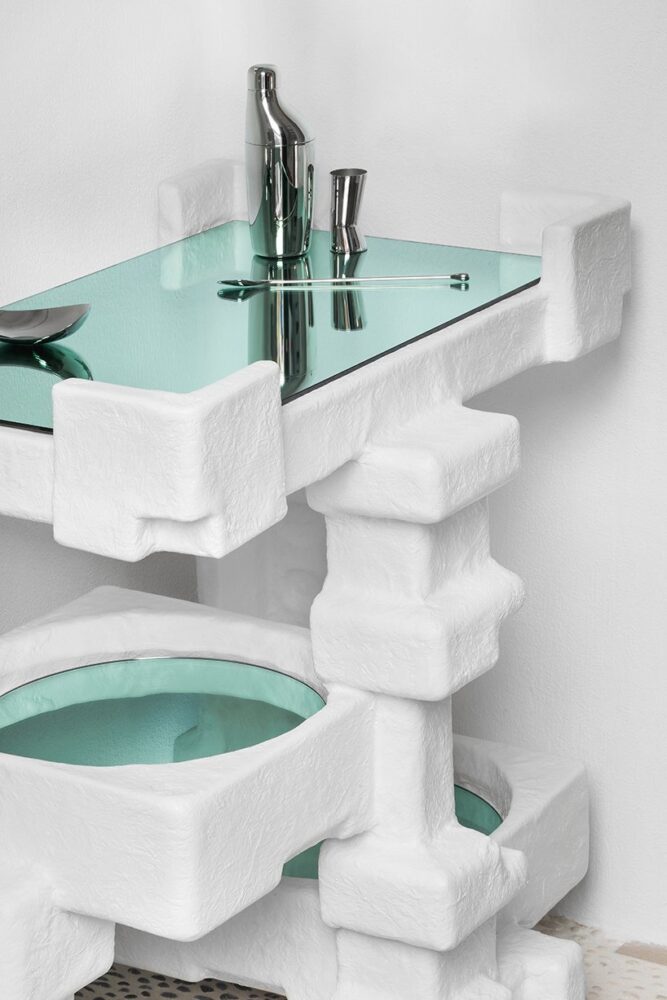 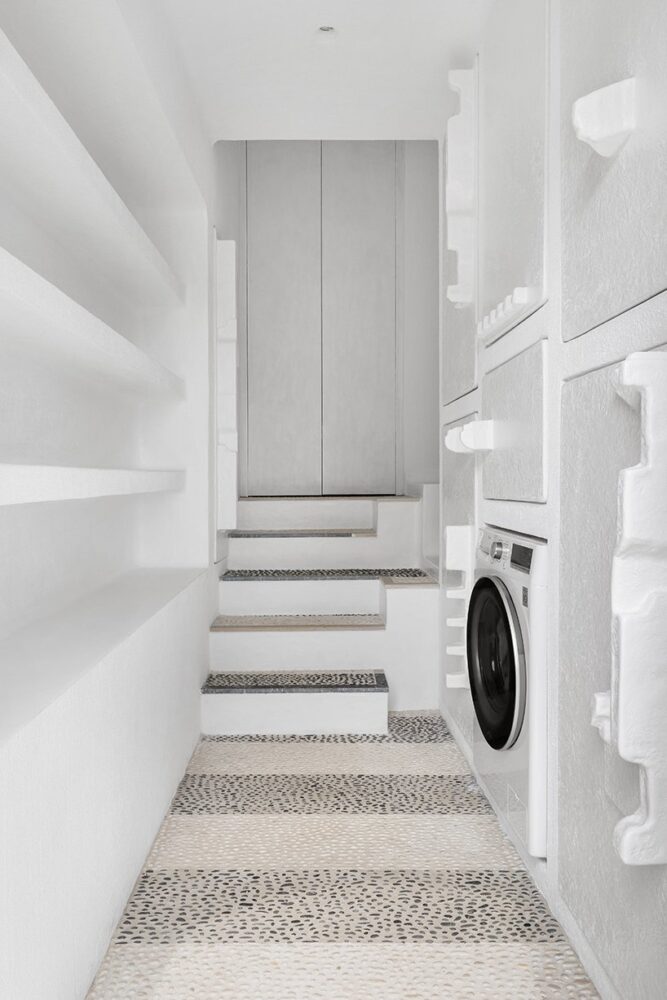