united states banknotes are often criticized for their inability to be differentiated by size, security inadequacies and overall dated appearance. in an effort to revitalize america’s paper money and address these aesthetic and iconographic issues, graphic designer travis purrington has proposed an updated monetary system where — rather than historical faces from the past — the country’s technological and environmental feats are emphasized.

the series of bills play on themes of human discovery, endeavors and the beauty of both the U.S’ natural and built resources, connecting human achievement to the fundamental properties of life. ‘this is of course not a conspiracy to trivialize or shun the great deeds of the past’, elaborates purrington, ‘but to communicate principle rather than effigy permeating through the spirit of industrial, organic and elemental systems.’

the front of each note, arranged from 5 to 100, displays a black and white background and colored numeral 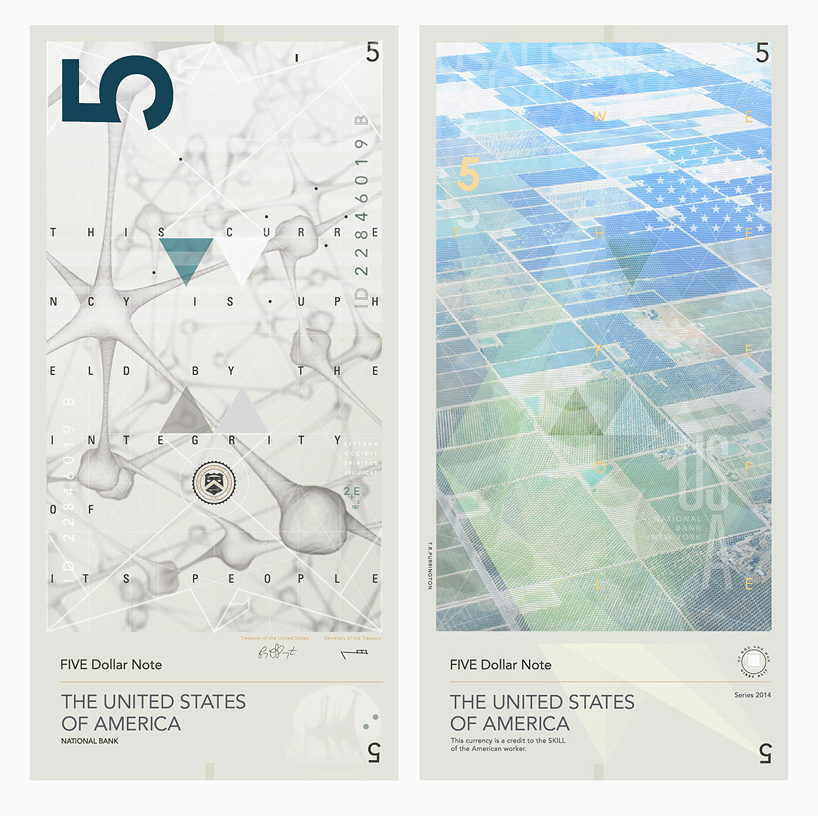 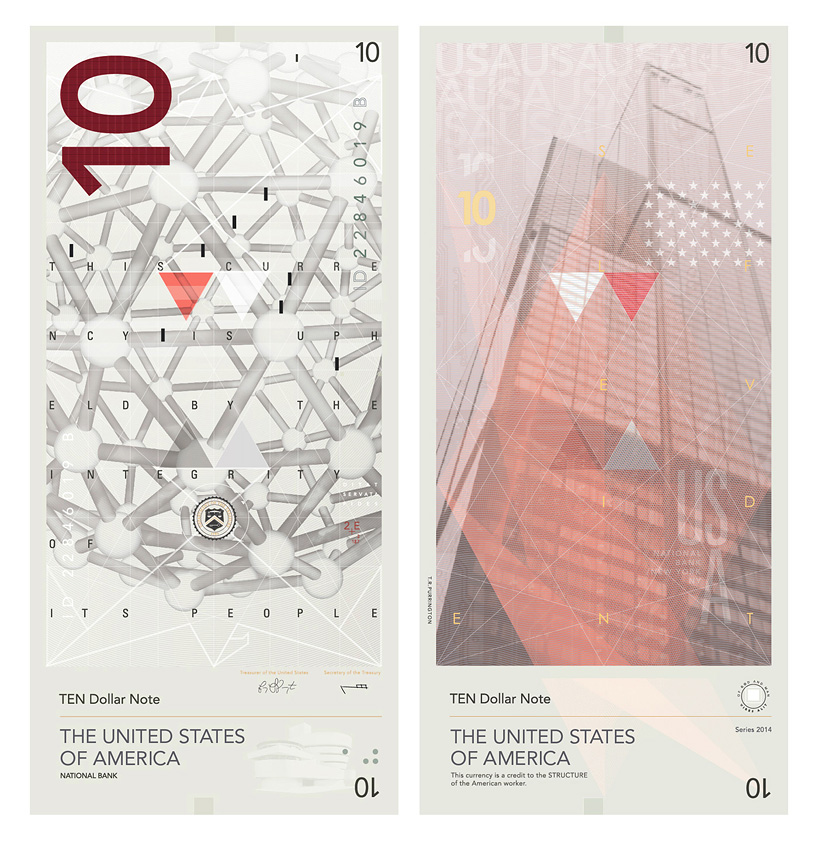 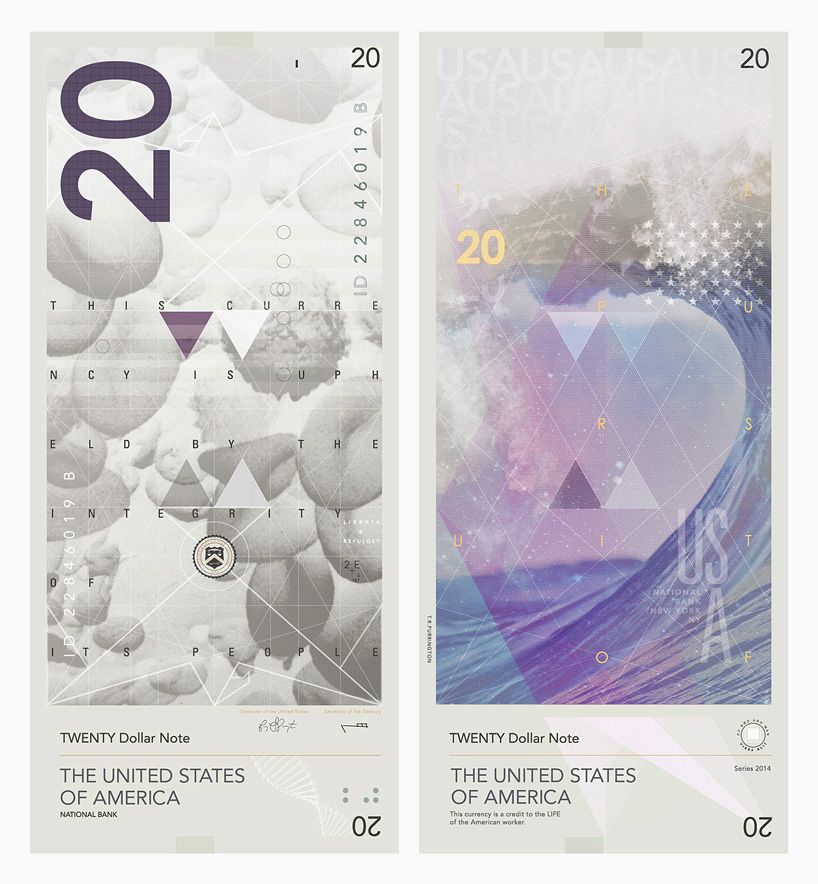 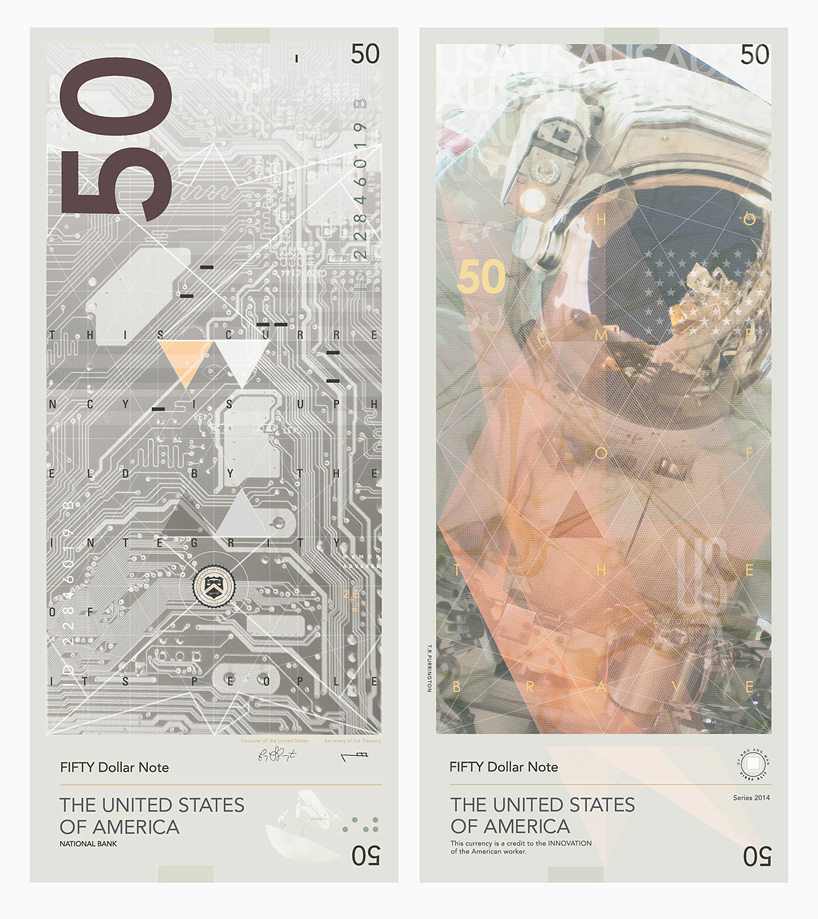 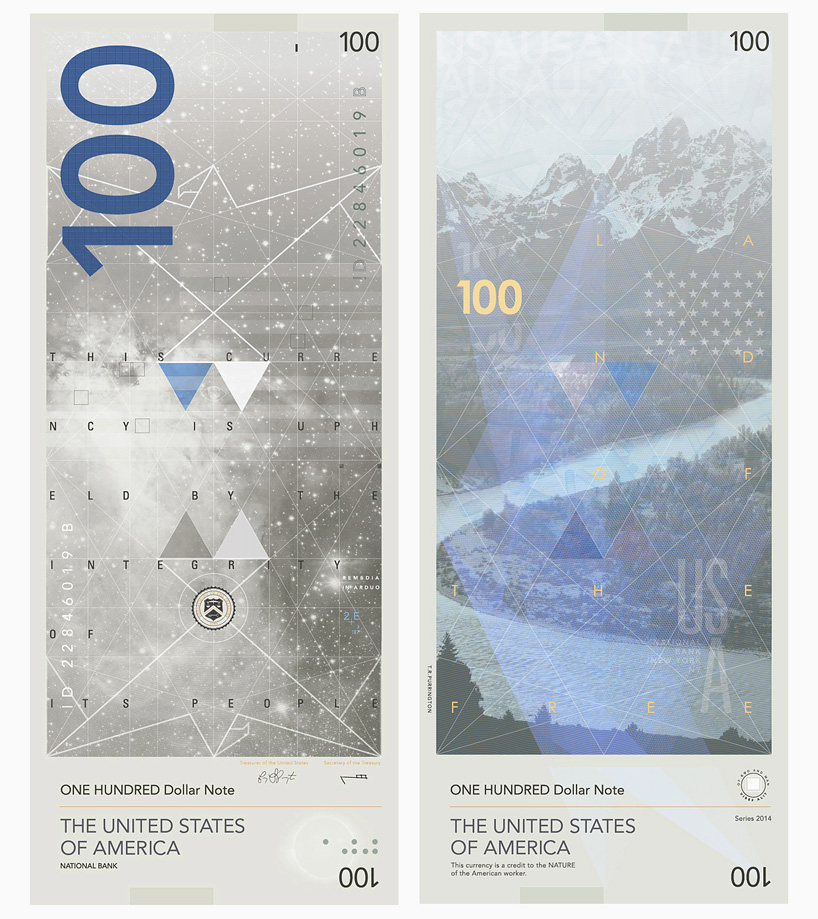 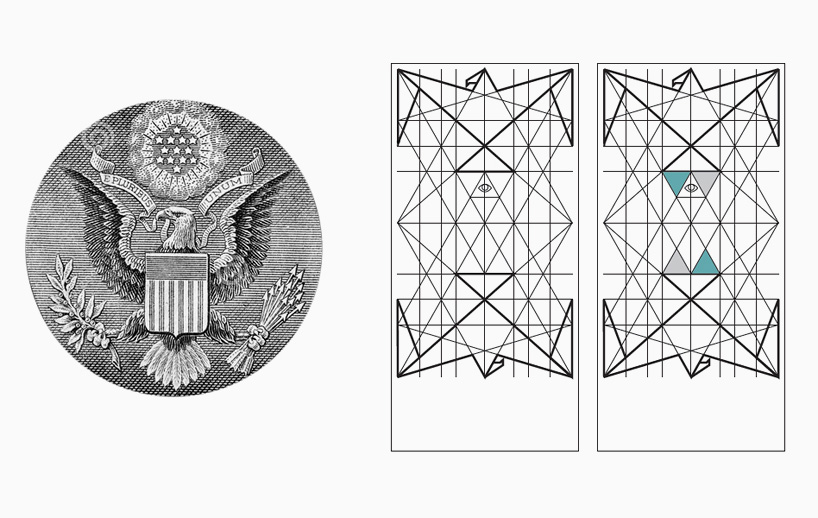 iconography drawn from the existing bill 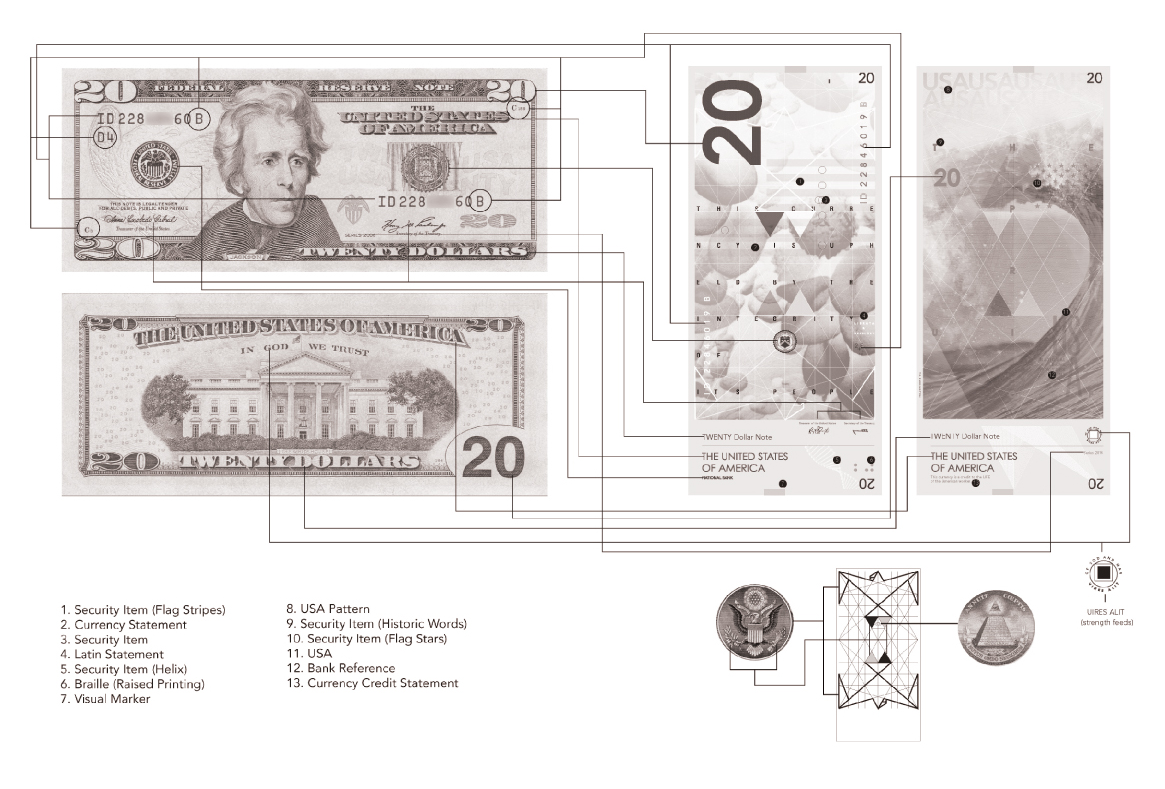