‘turntable’ by richard underhill, one work in the ‘triumph lifestyle accessories’ show

working with reappropriated motorcycle components as their base materials, young industrial designers developed a collection of home good prototypes in a recent collaborative exhibition between triumph motorcycles and the birmingham institute of art and design. 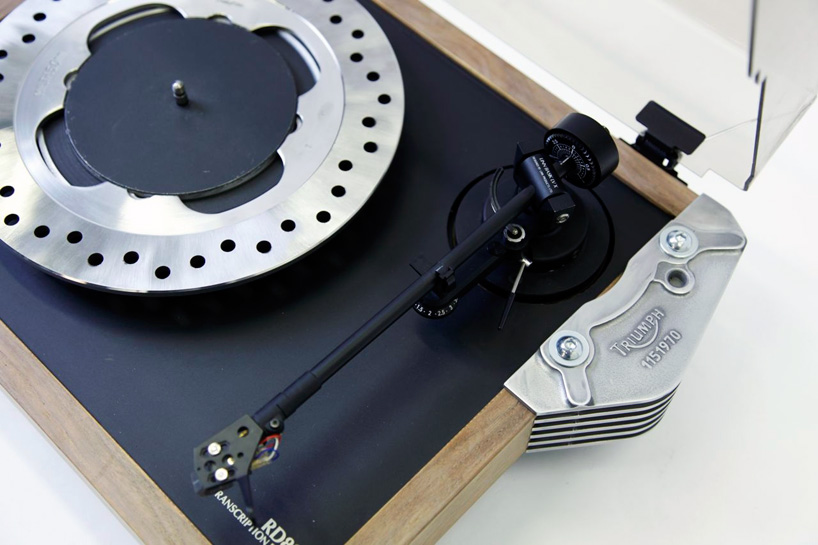 view of the record deck

british designer richard underhill’s turntable incorporates a motorcycle brake rotor as the disc platter and a cylinder head along the side of the plinth. 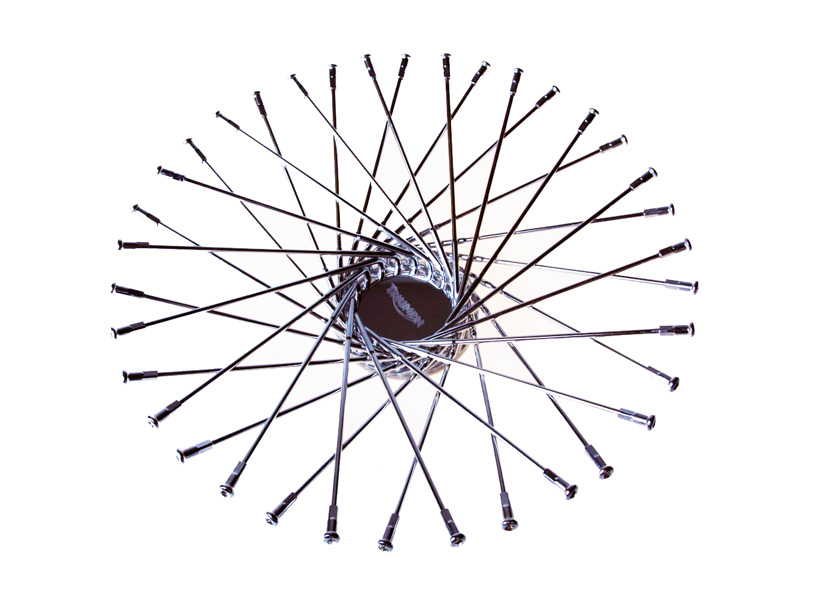 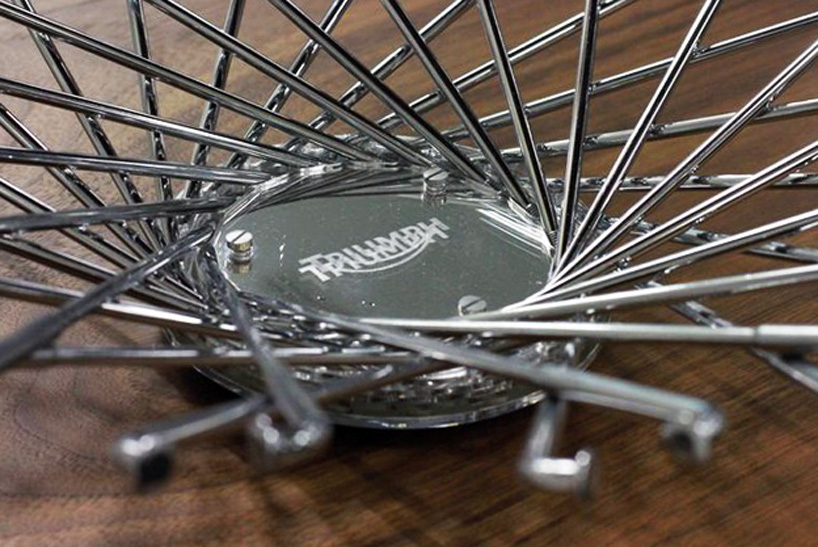 detail view of the bowl base 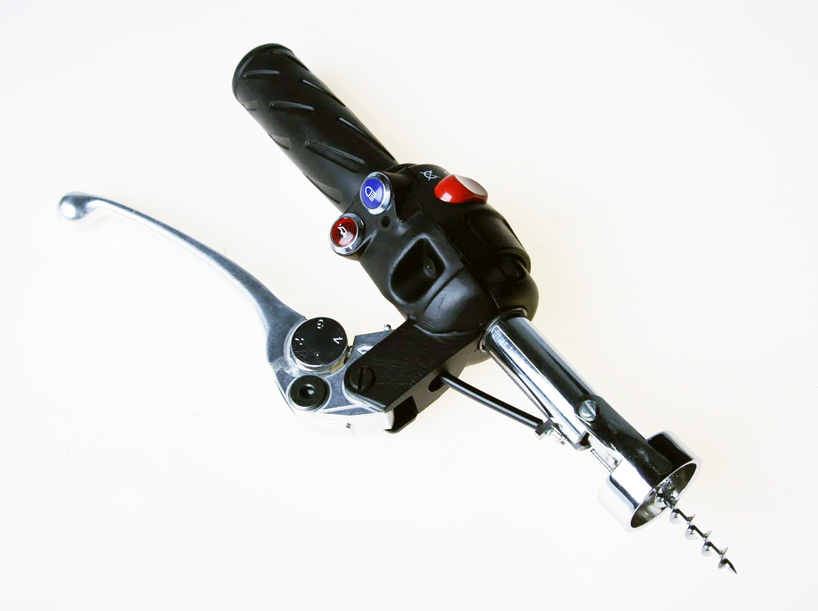 british designer nick orme adapts a brake lever assemblage into a corkscrew. the lever is used to control the corkscrew component, while the repurposed handle preserves the buttons and lights of the original handlebar grip. 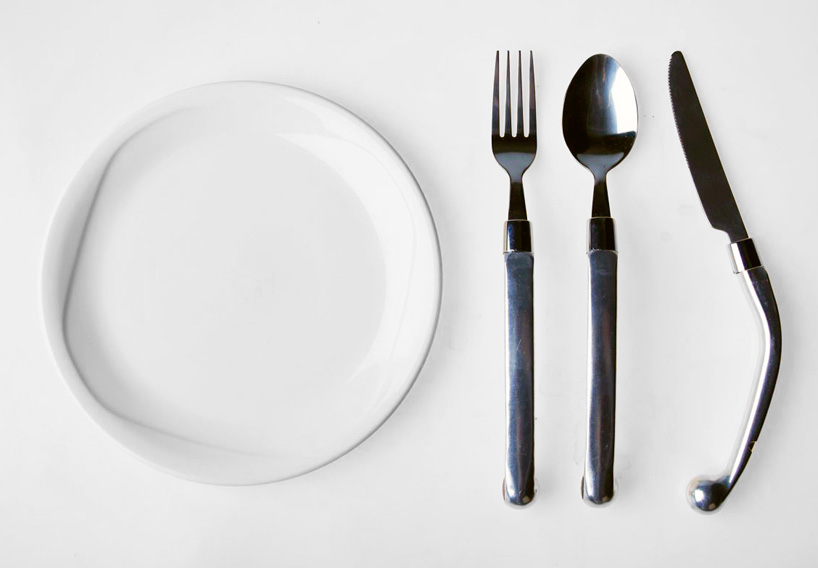 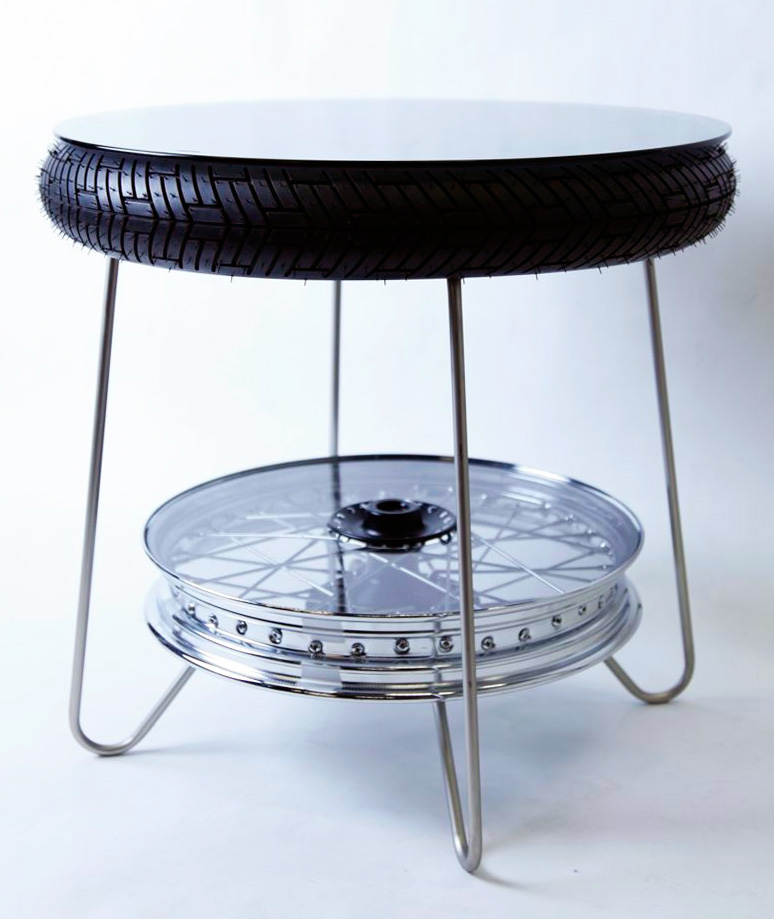 the surfaces of chinese designer zhan cheng’s ‘coffee table’ are composed of the motorcycle’s front wheel and tire. 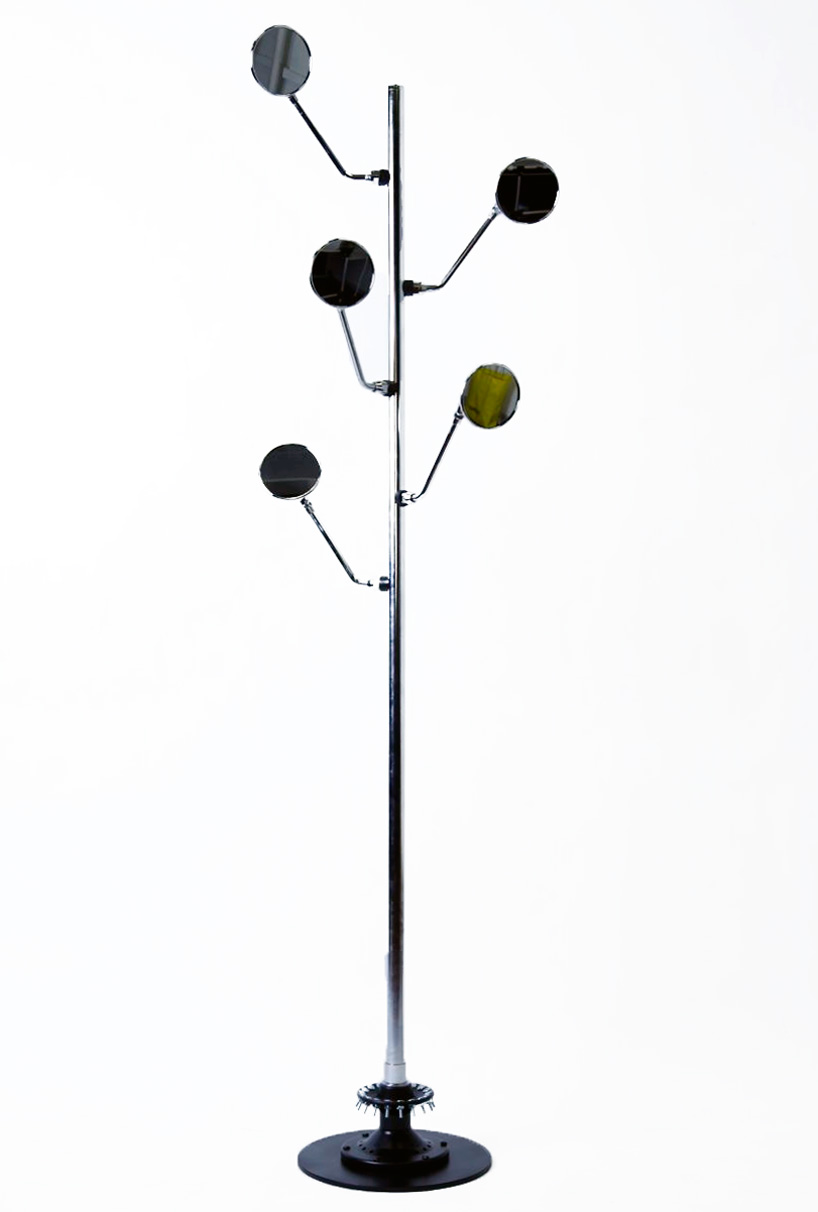 the ‘hat stand’ created by romanian designer elena matyas uses the motorcycle’s side mirrors for hooks and front wheel hub as a base. 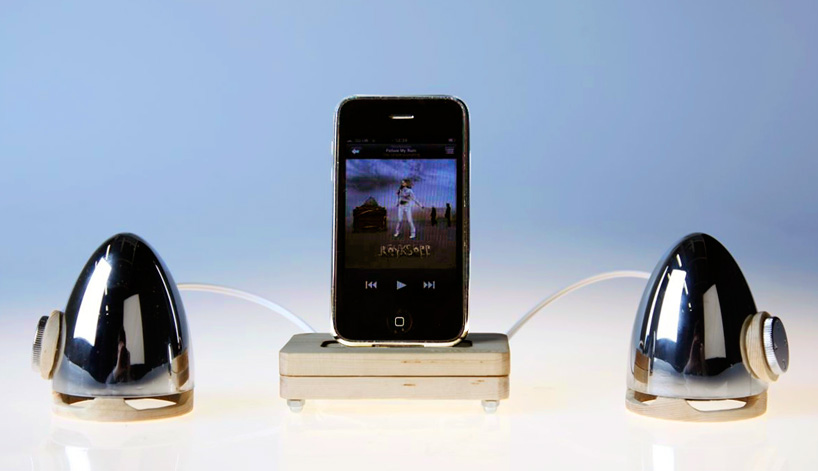 ‘omni-bang,’ created by taiwanese designer chang sung-ching, is a set of small high-performance speakers connected to a digital dock.

the product is made of the taillight housing for the triumph bonneville motorcycle, accented with wood. 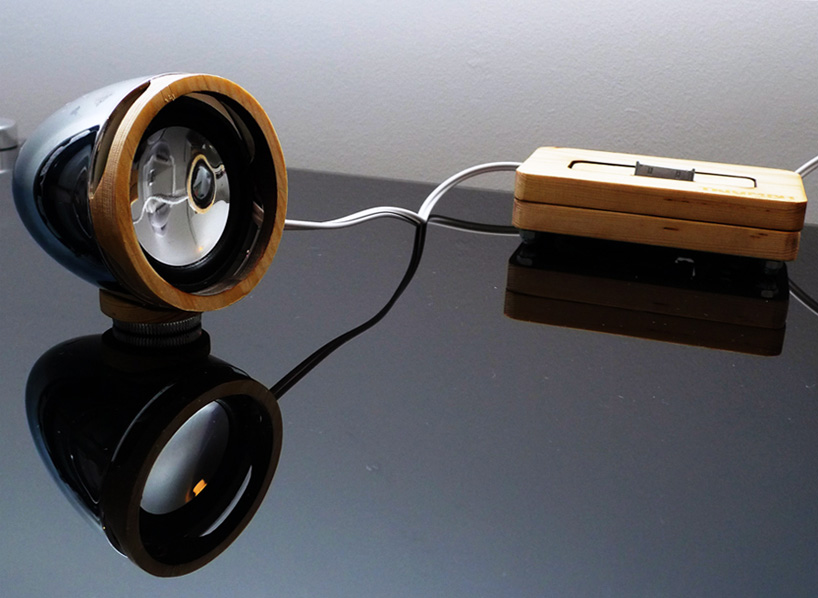 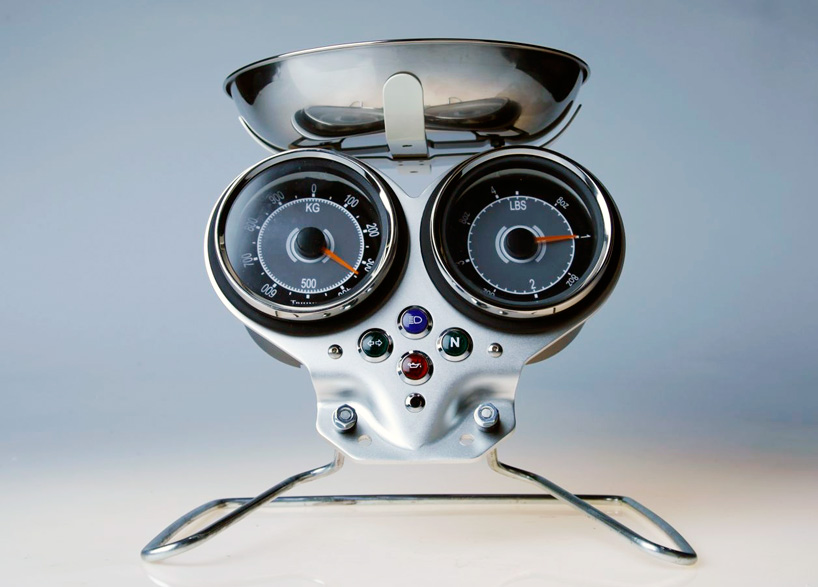 in ‘scales,’ british designer john doherty adapts a bonneville instrument panel and headlight bowl for use as a kitchen scale. the dial faces are altered to accurately represent pounds and kilograms.