parked just outside the newly renovated TWA hotel at JFK airport, the 1958 lockheed constellation L-1649A airplane named connie has been transformed into a retro-themed cocktail bar. the interior renovation restores many of the plane’s original elements such as the window curtains, passenger seats and the cockpit. the plane also pays homage to eero saarinen, the architect behind TWA terminal, by including his table designs and references to his architectural works. all images courtesy of eric laignel

vintage details such as cocktail swords, mid-century board games and the iconic TWA red carpet allow guests to travel back in time to when the TWA terminal opened in 1962. led by stonehill taylor’s sara duffy, the interior staging combines a good mix of vintage and modern furnishings. the middle section of the plane is replaced by modern suede sofa seats along the window side of the plane to create a wider passage way for guests to access the bar. towards the back of the plane, six passenger seats are styled by aaron sciandra, who designed the vintage-inspired setback pockets and seat covers to resonate the 1960s aesthetics. the passenger seats, paired into three rows, are provided with enough leg room to include a side table for guests to place their drinks on. 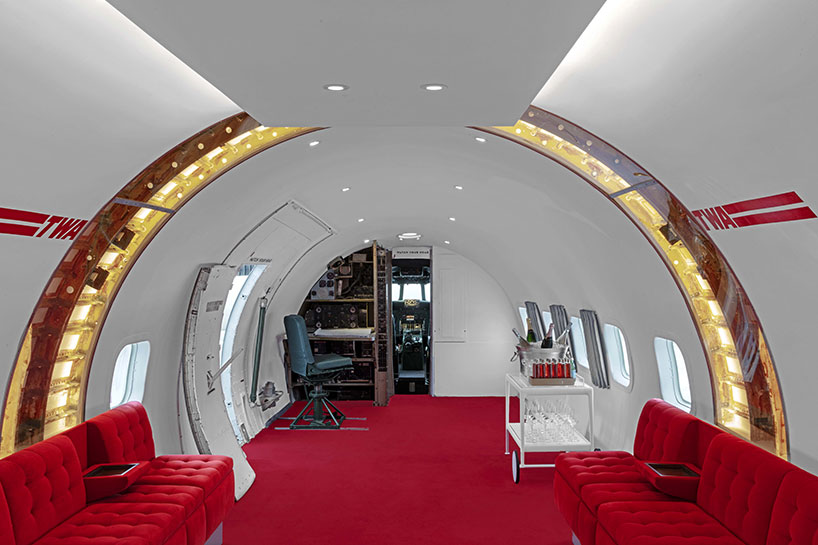 designated as new york city’s landmark in 1994, the TWA terminal epitomized the glamor and optimism of the jet age. after its closure in 2001, the terminal took on a 18-year renovation project to become a landmark hotel with 512 guest rooms in may of 2019. the hotel comprises of 50,000 square feet of events space, infinity pool, world’s largest gym and a 200 seat restaurant in the lounge section. see designboom’s previous coverage of the project here. 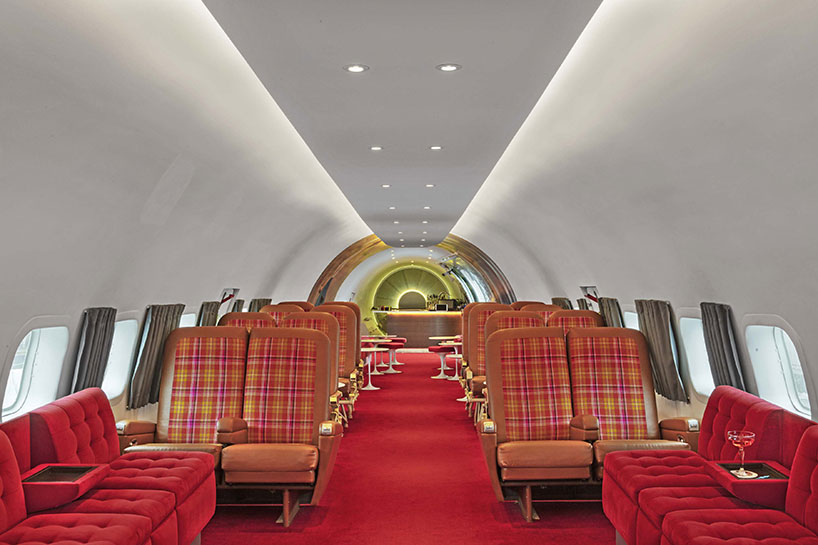 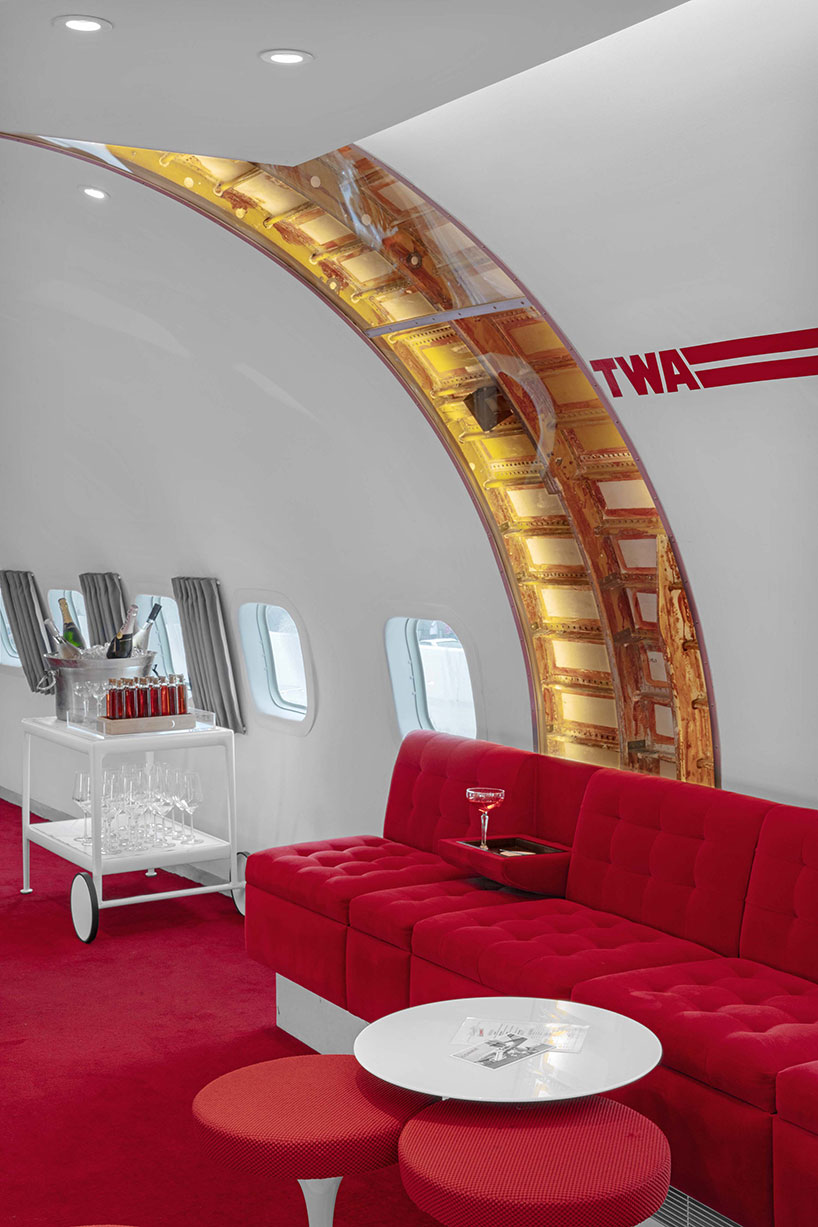 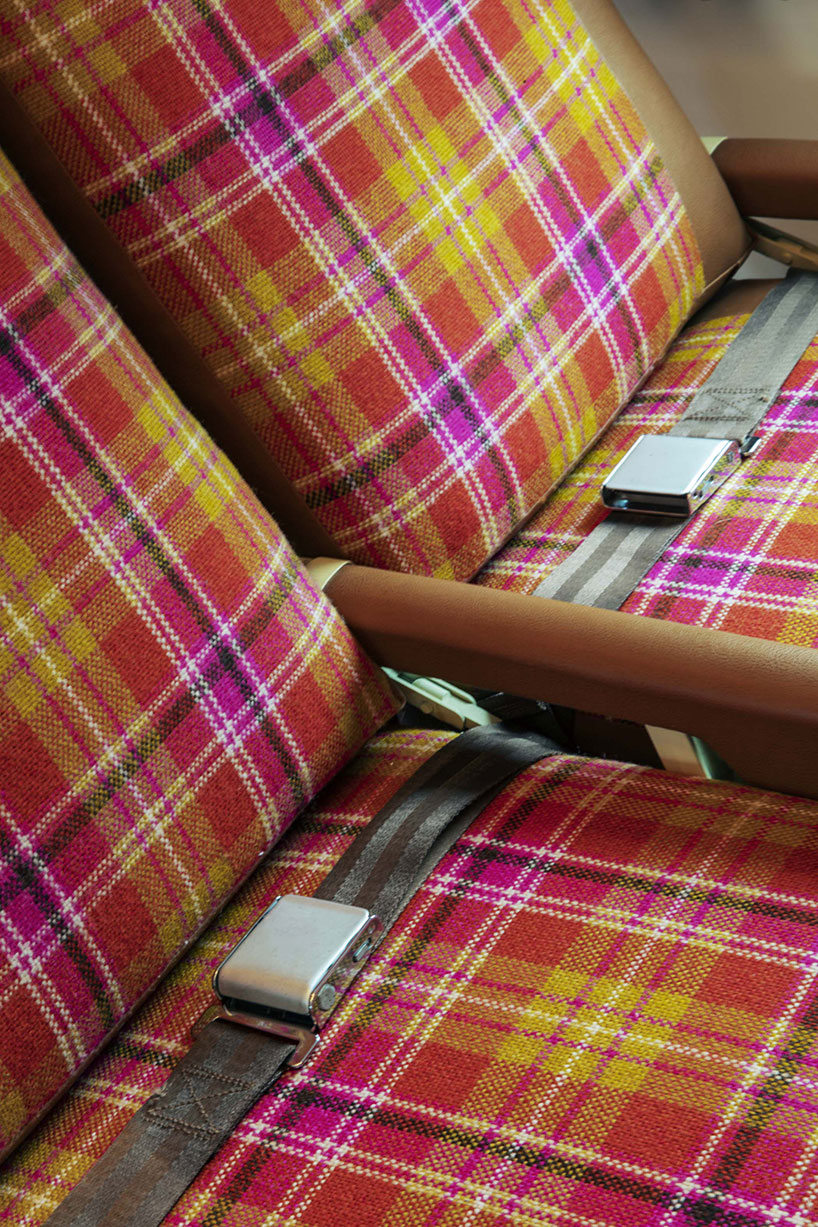 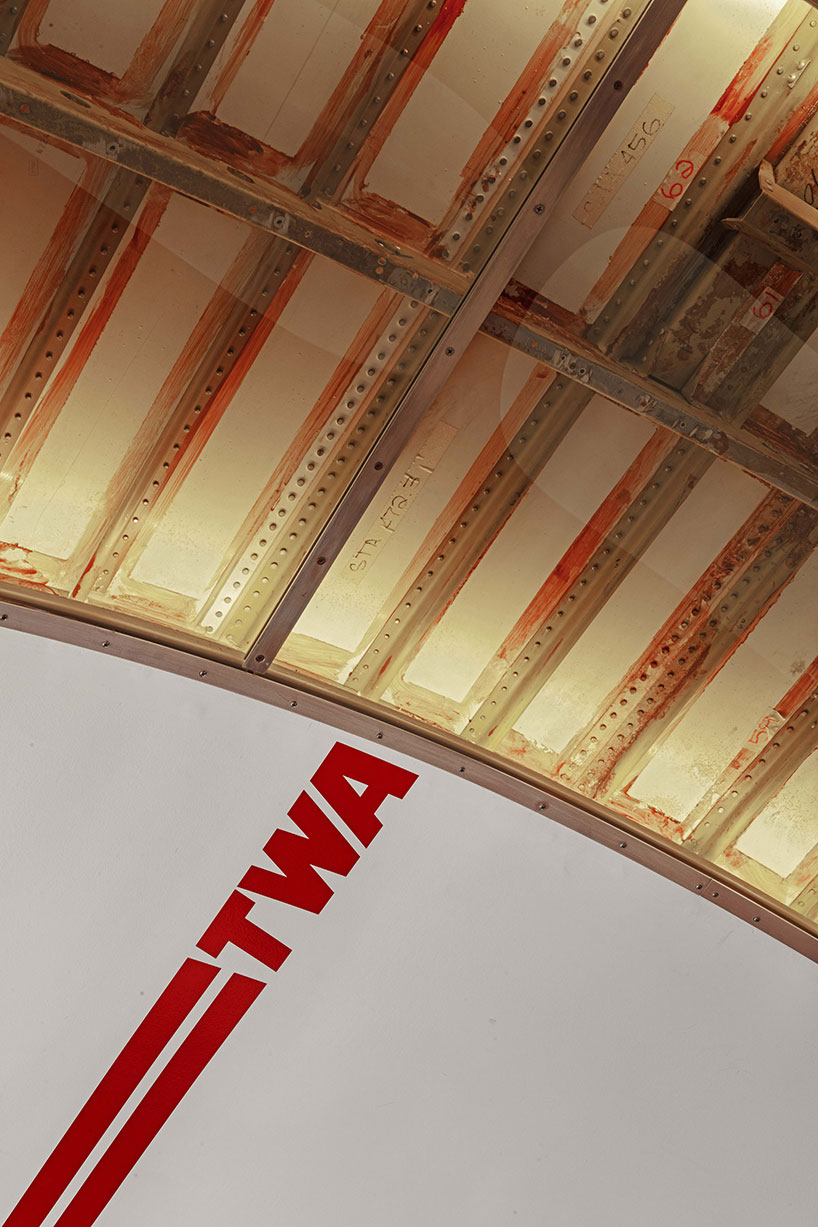 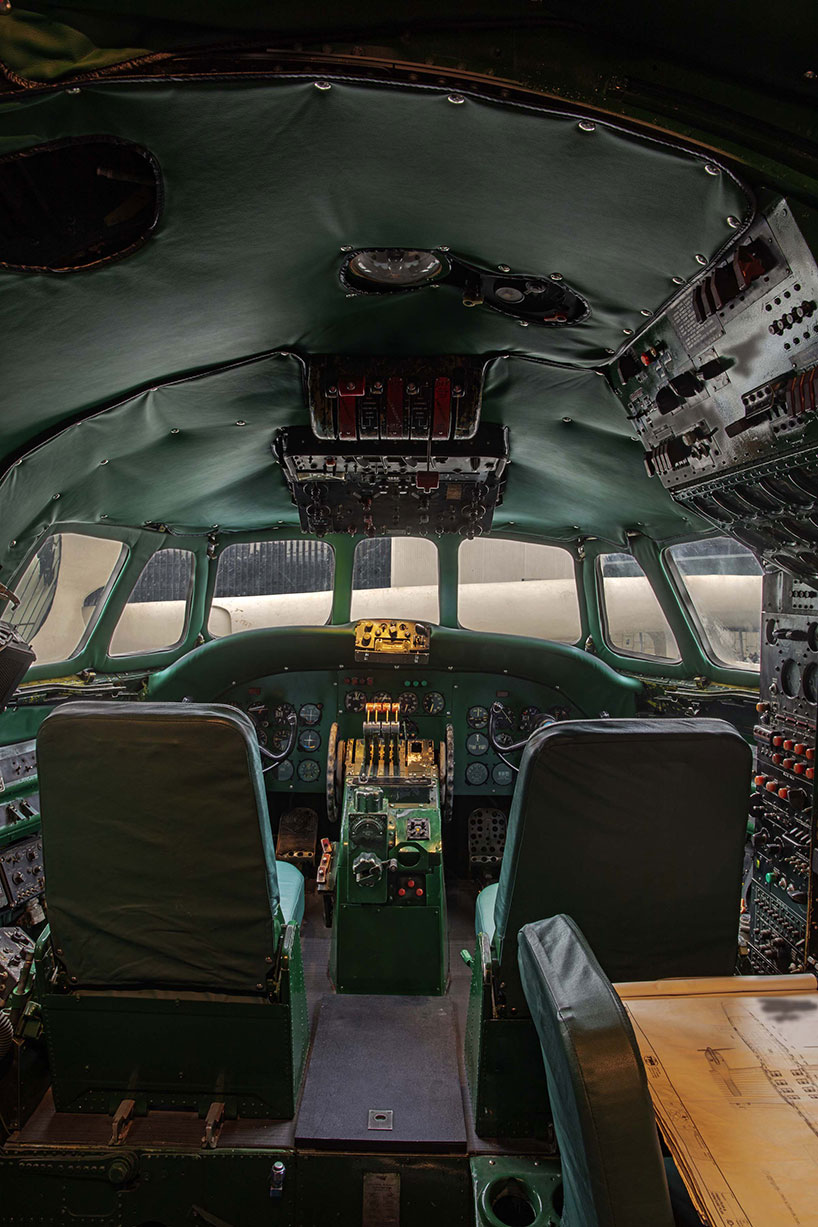 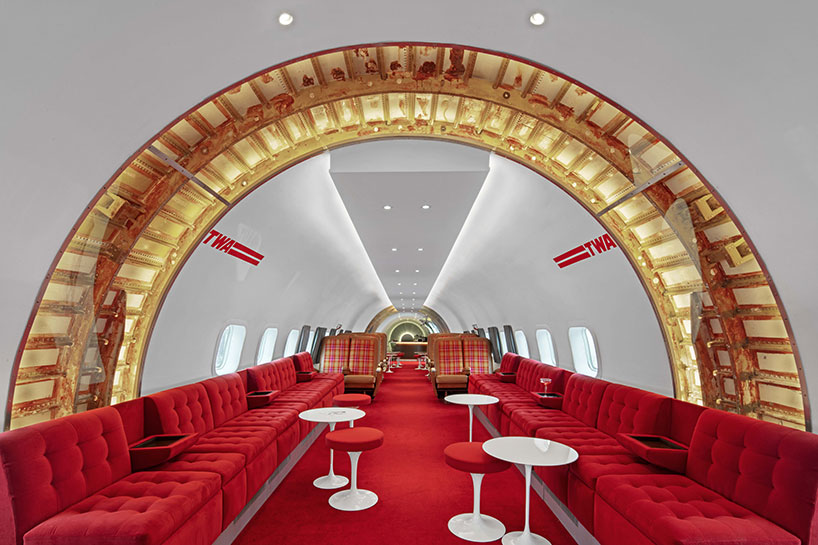 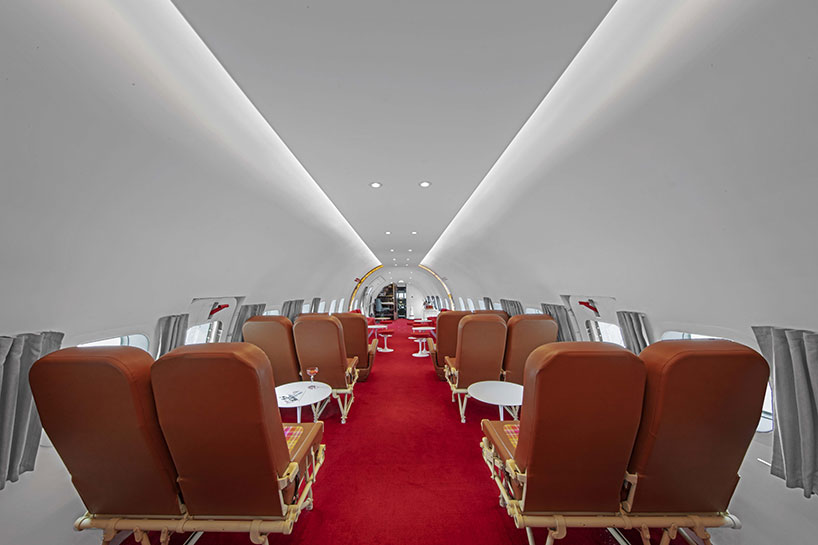 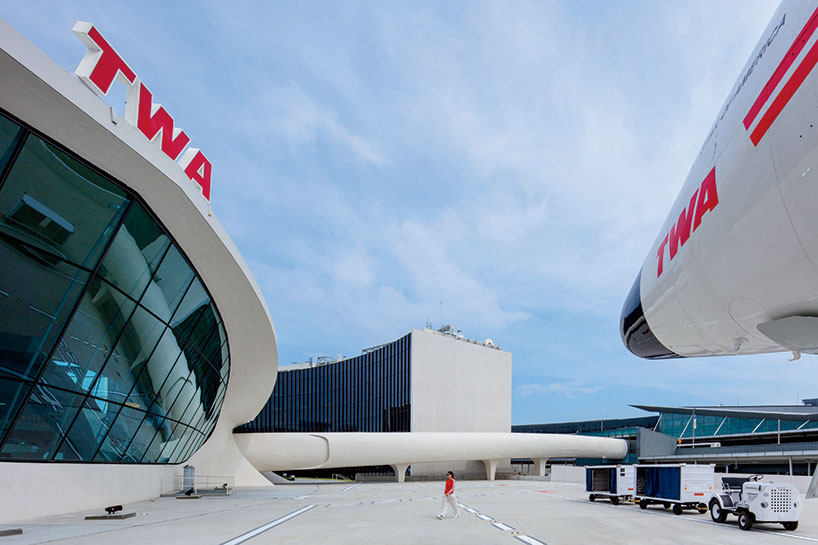 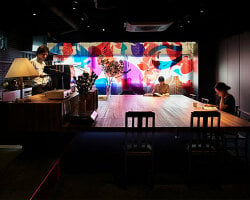