in the world of typography, terms such as typeface, character, body etc., are used to describe the form of a letter. the reason why they use these types of expressions is because they are closely related to a human body. perhaps this is due to the fact that each different letter has a distinct quality and personality, in a similar way that us humans are all unique. 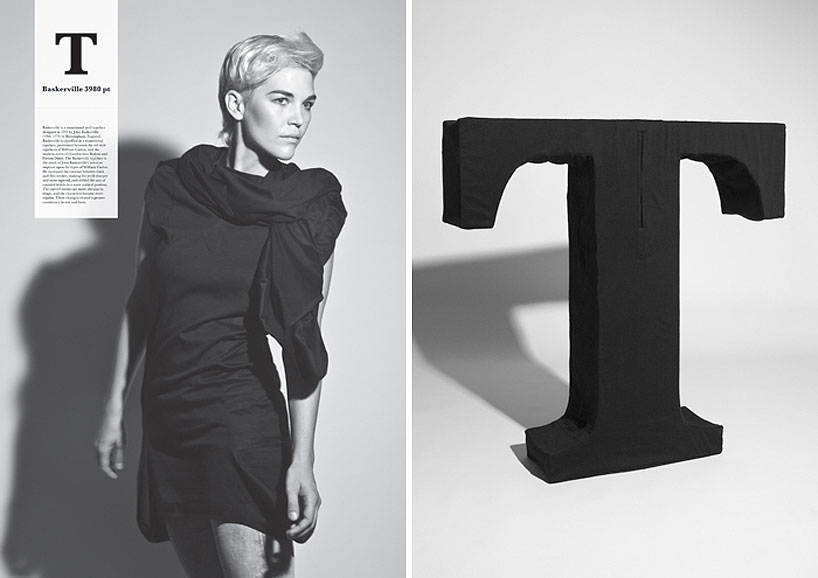 ‘in the designing process of these shirts, I aimed to capture the character of each typeface, and tried to give them a unique look and presence once worn. by collaborating with itaru yonenaga, I feel we were able to produce a collection of shirts that is not only conceptual, but wearable as real clothes.(…)‘ – masahi kawamura 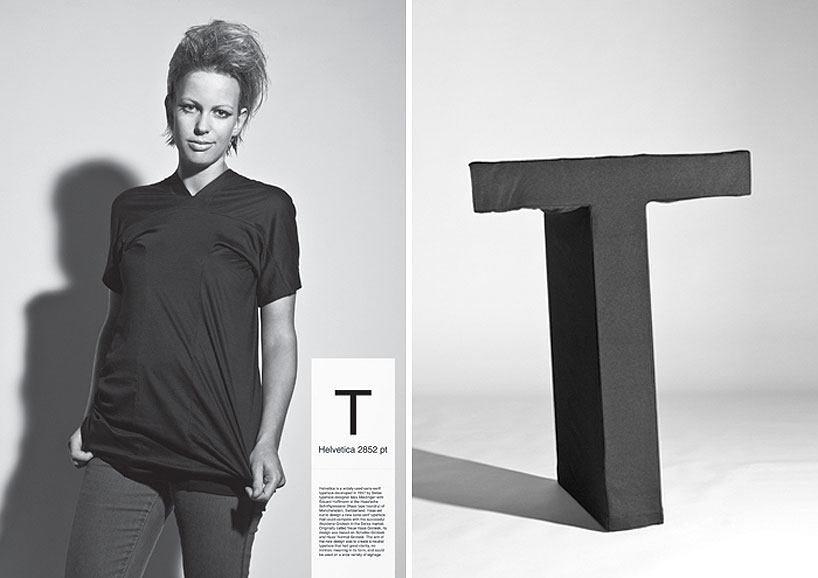 each t-shirt is a size M womens, except helvetica which is also available in a mens M. the shirts will be going on sale from no control air  in january 2011.

‘t-shirts’ by masashi kawamura + itaru yonenaga will be on show at now idea / utrecht at minamiaoyama, tokyo from november 26th – 31st, 2010 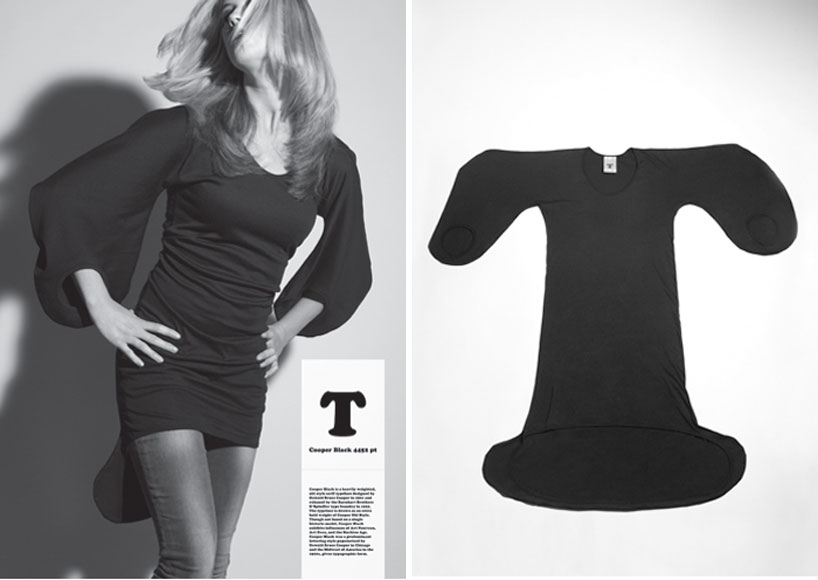 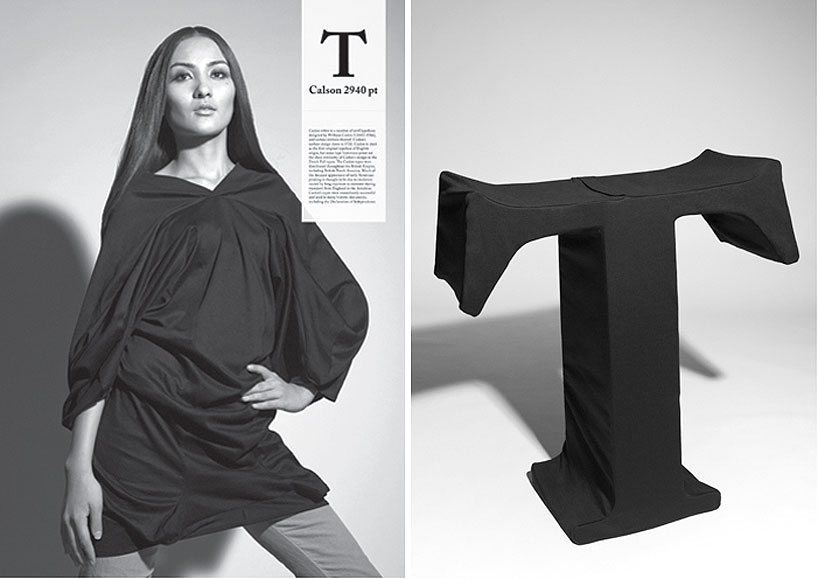 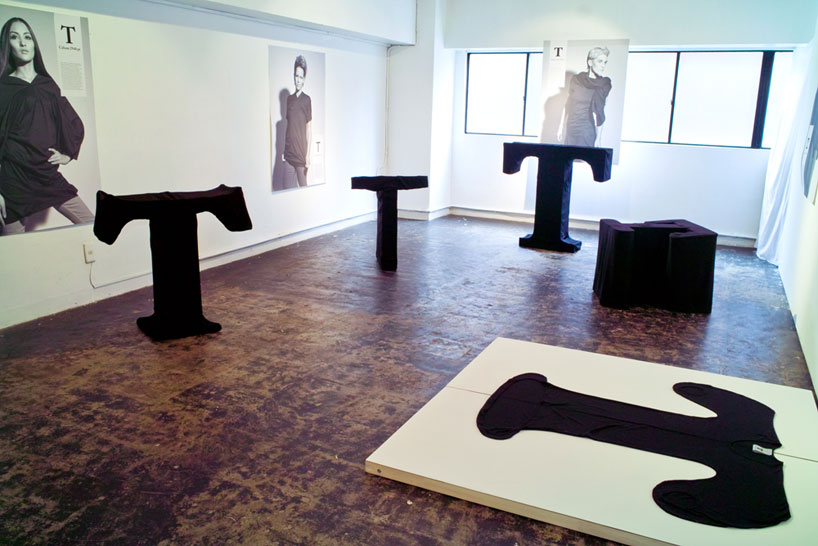 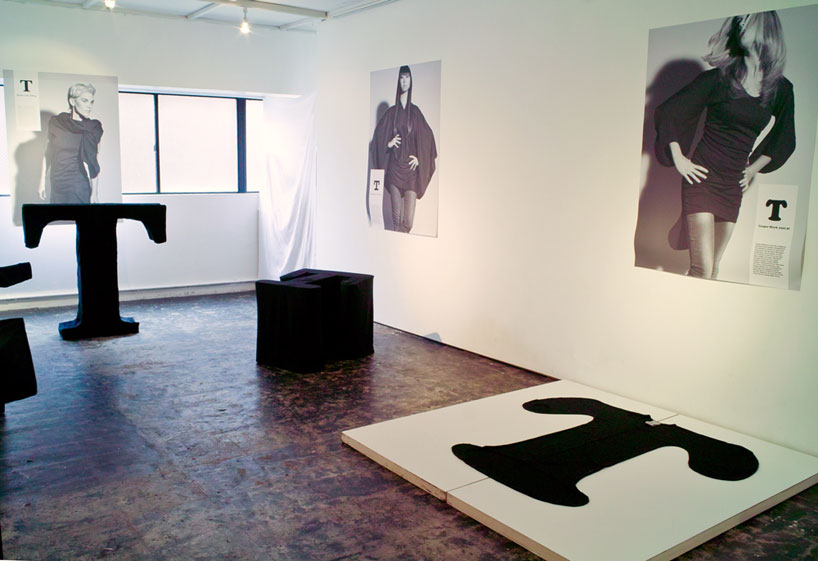 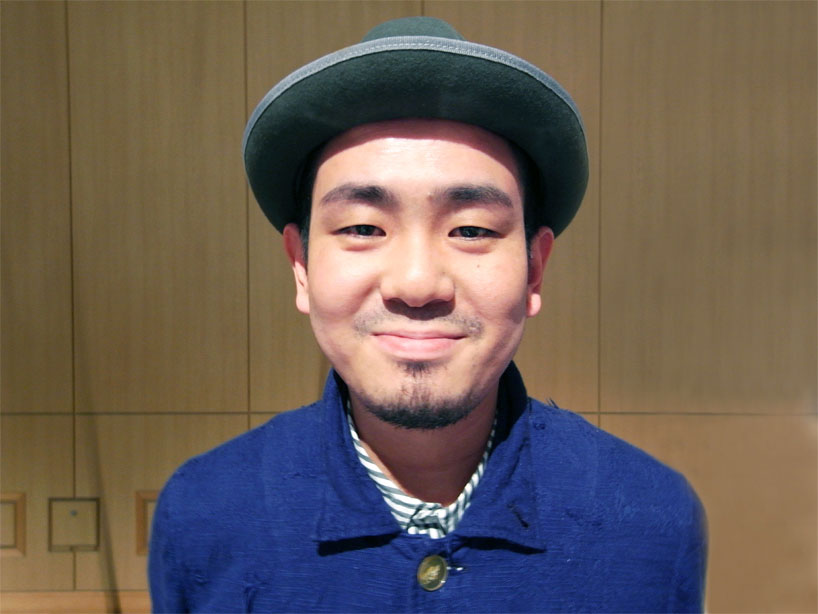 japanese fashion designer itaru yonenaga was born in kyoto, japan in 1976. he has previously participated in our designboom mart tokyo 2009 and designboom mart melbourne 2009. he formed his design studio tou in 2001, and since then has produced such products as his ‘sweater from scarf’. he currently lives and works in osaka, japan.

masashi kawamura was born in tokyo, japan in 1979. he was raised in san francisco, and now lives in new york working as an art director / film director / creative director … 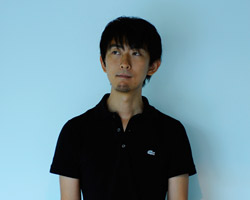