typewriter cocktail machine by morskoiboy all images courtesy of morskoiboy

russian DIYer who goes by the name of morskoiboy has developed a gadget which allows you to literally, ‘taste your own words’. the typewriter-esque device features buttons that work as pumps and wires replaced with pipes. it is also equipped with an electronic panel board, but rather than using liquid crystals as in electronic displays, morskoiboy’s machine functions via multicolored syrups allowing you to convert words into various drinkable concoctions.

at the top of the contraption, there is a slot in which a bottle with alcohol, water, or milk can be screwed. the art in mixing lies in the ability of the syrups or liqueurs to tint the neutral color of the base liquid. the connector itself and the regulator, which is an IV rate flow regulator purchased at a drugstore, opens or closes off the air flow into the bottle, acting as an on/off switch. once it enters the machine, the liquid spreads across fourteen connected tubules. pressing buttons on the keyboard, injects the corresponding ingredients into the display, tinting different segments, thus producing letters. imagine that each letter has a taste as morskoiboy suggests: L-lime, A-apple; a color – B-blue, P-purples; or a name – K-kahlua, J-jagermeister.

syringes function as the device’s buttons, and a valve connecting to them turns them into pumps. the back of the keyboard features 26 slots (one for each letter of the latin alphabet), for the bottles with colored beverages. when a syringe stem goes up, liquid is taken from the bottle connected to it. when a button is pushed, the colored liquid goes into the backside of the display. here they flows split into several, as many segments of the display need to be tinted to draw the necessary letter, converting words into cocktails. 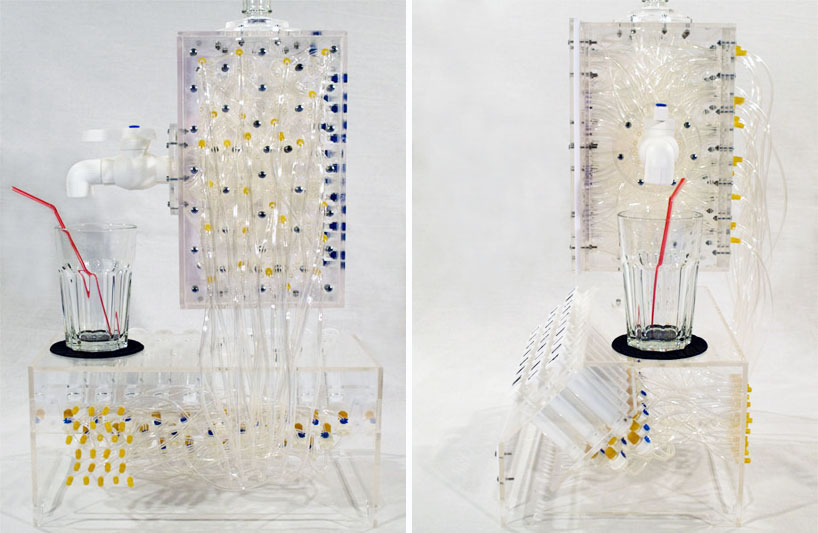 back and profile view 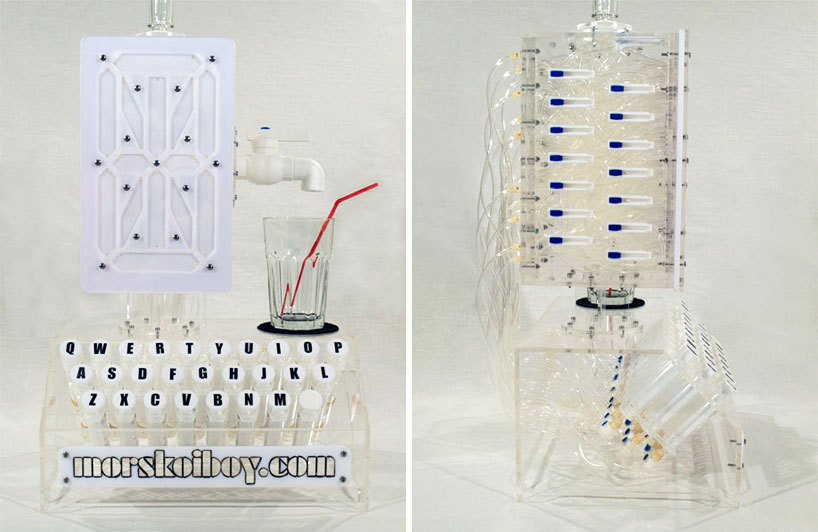 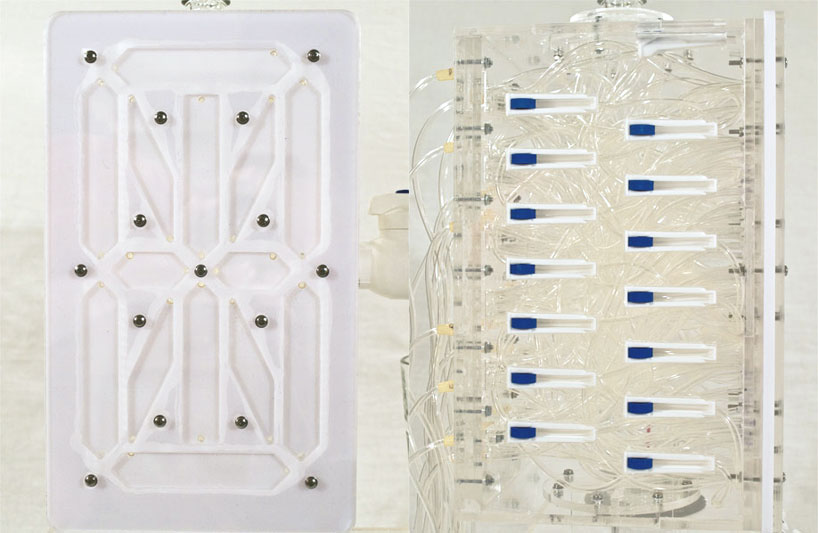 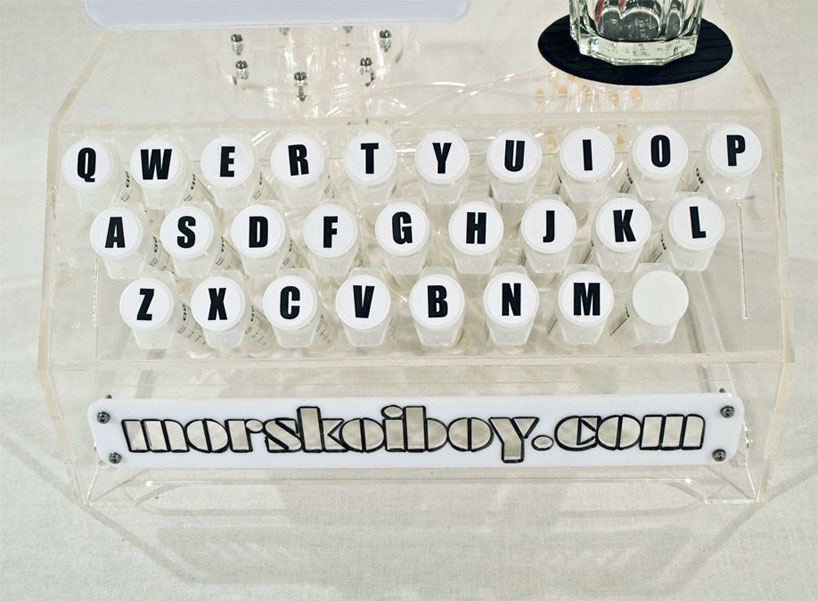 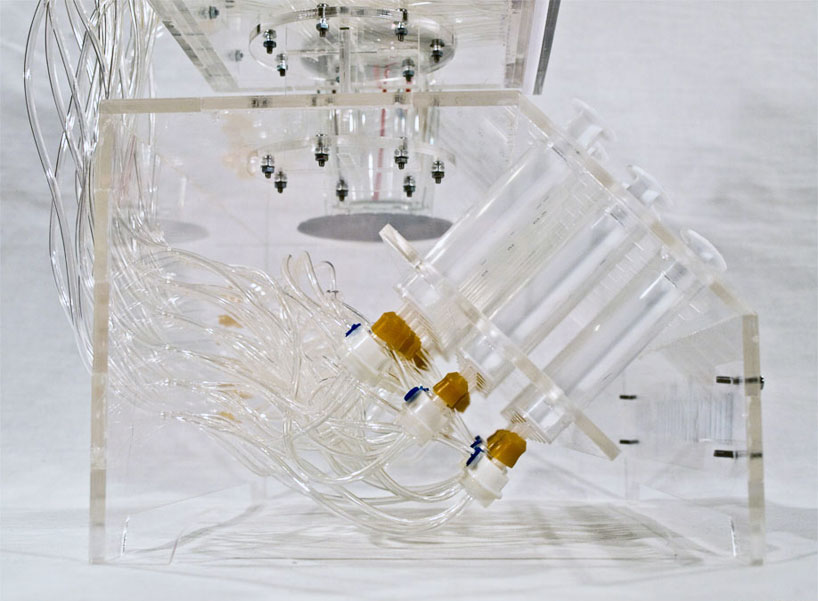 valves connecting the syringes (buttons) turns them into buttons 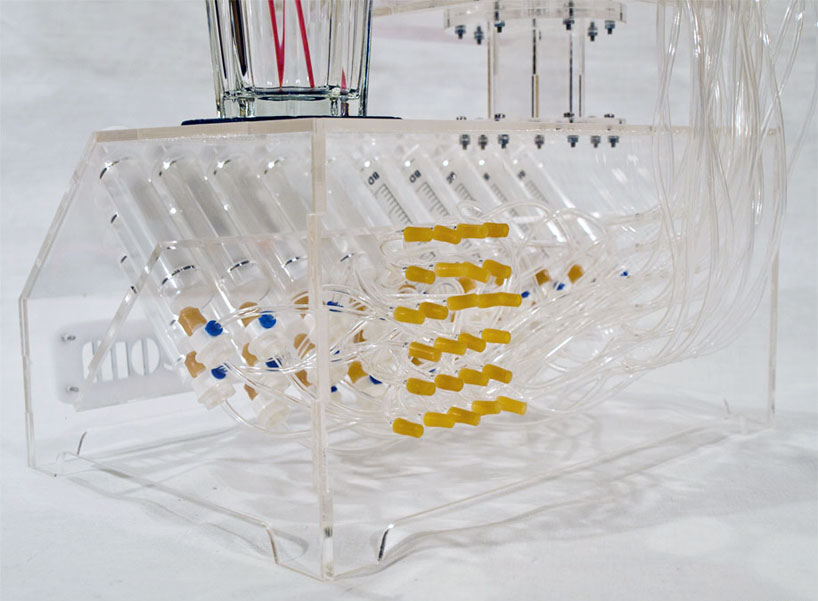 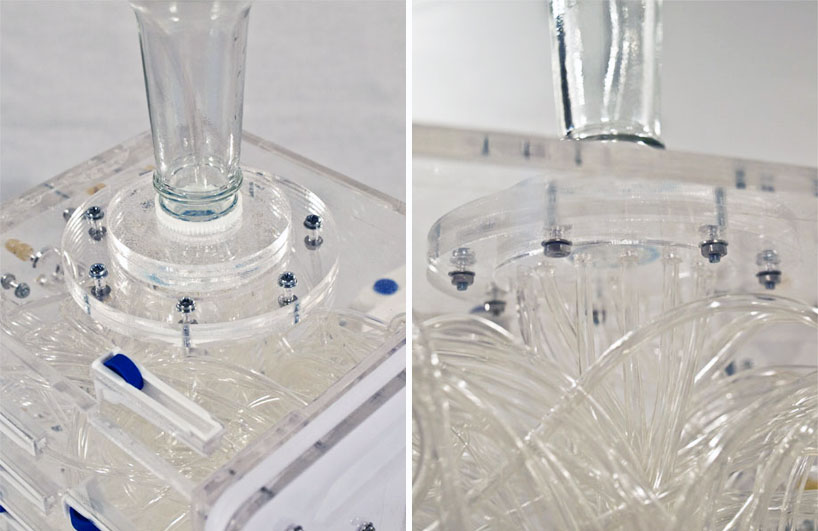 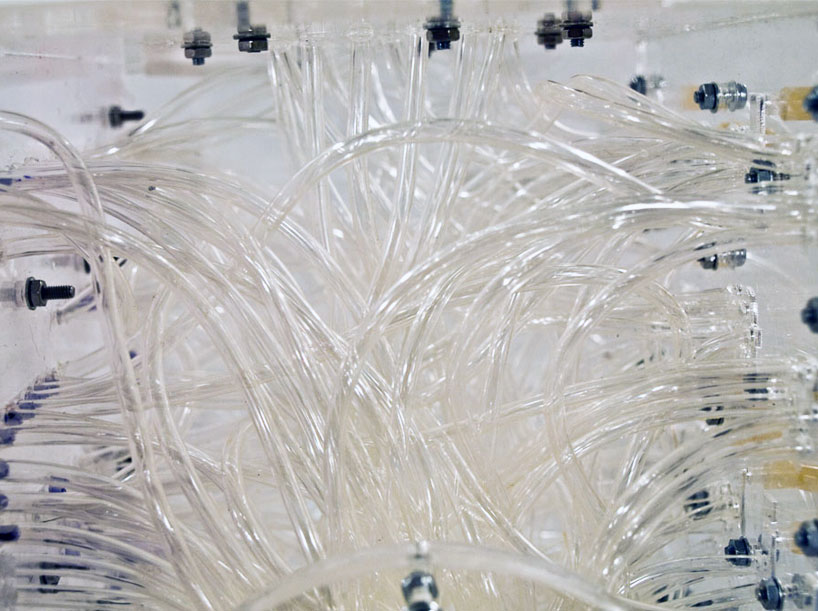 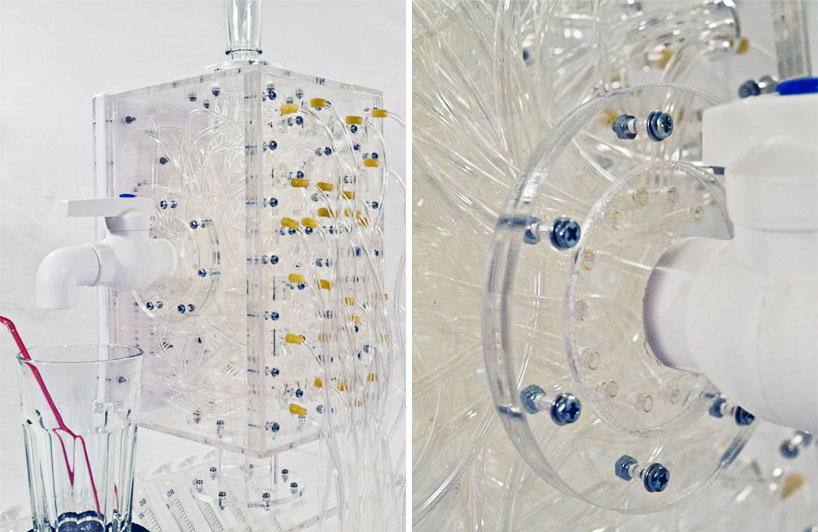 Jun 02, 2021
this bright yellow loopy chair by nik bentel is made from common tubular bike racks
the chair allows for a novel construction using the common formal language of the bike rack, while not having to create excess equipment for manufacturing.
design
974 shares
readers
connections: +300

Jun 01, 2021
naturally cooled 'groundfridge' is a sustainable alternative to refrigerated cellars
'groundfridge' requires no electricity, as utilizes the insulating capacity of the ground and the cooler night air temperatures.
design
889 shares
connections: 64