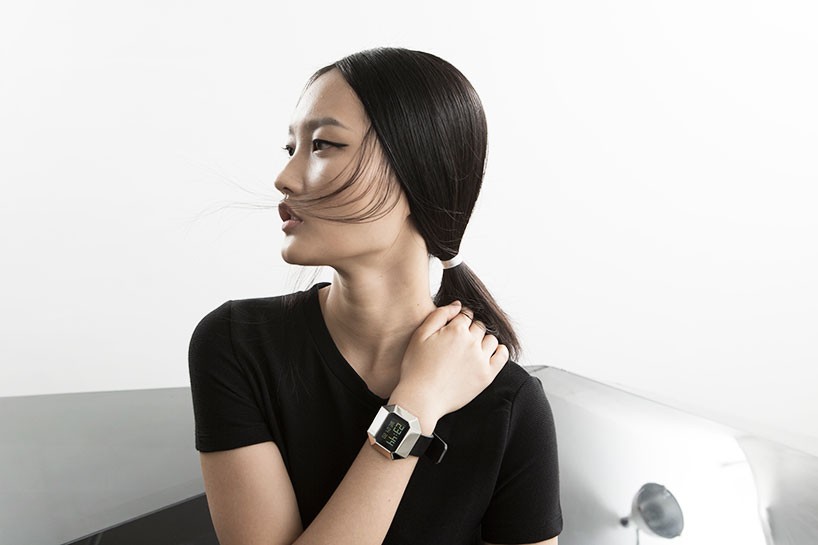 after united nude launched the ‘lo res’ car, the company is leading the way for a lifestyle expansion with watches and bags, and closely followed up by jewelry and eyewear later this year. first is the ‘stealth’ watch series that will come in two designs in multiple color options. the ‘analog stealth’ watch is a contemporary play on 1970s design when plastics became popular for light and more affordable timepieces. 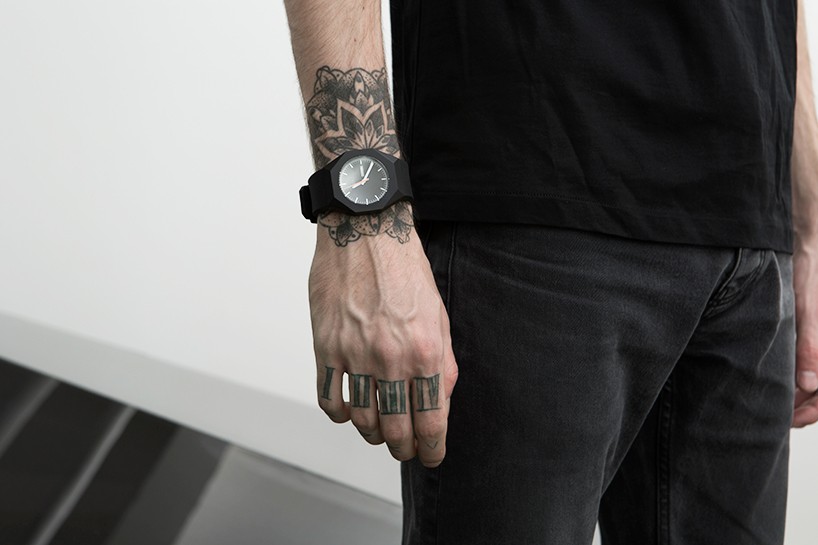 united nude ‘stealth’ and ‘lo res’ design have become some of the signatures for the brand. the shape of the casing came from slicing of the corners of a block off with a knife, resulting in a clear and edgy design. the ‘analog stealth’ watch is launched in nine versions, it has a hardened plastic case, a hardened crystal glass and an ergonomically shaped silicone rubber strap. the watch is water resistant and is equipped with a japanese ‘miyota’ movement displaying time, day and date. at 45mm in diameter by 13mm in thickness, the second watch is the ‘digital stealth watch’ which derives from one of the biggest digital watch classics. the design was literally traced and abstracted similar to united nudes’ ‘lo res’ design principle, resulting in a clear and recognizable product. 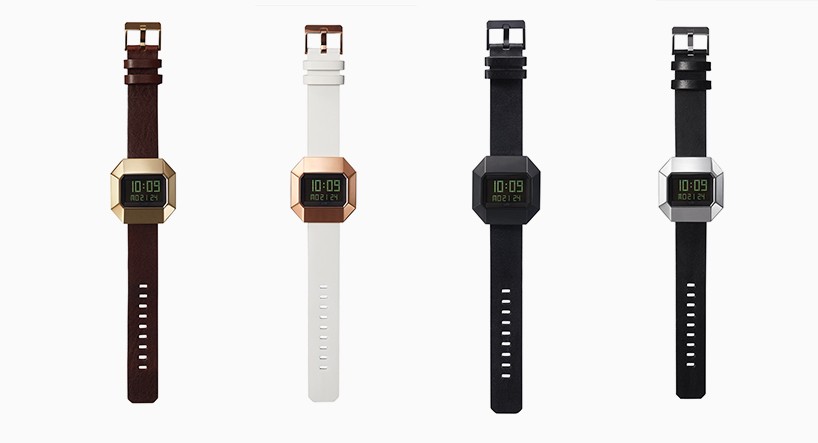 the case which will come in four colors is made out of polished stainless steel, the glass is hardened crystal and the strap is made out of a raw cut single layer, high-grade vegetable tanned italian leather.  the watch is water resistant and equipped with a custom made movement with time, day, date and blacklight functions. ‘the aim was to create watches with a strong character, which is also meant as a counter reaction to the rise of homogenous smart watches,’  describes from creative director rem d koolhaas. ‘watches, like shoes, are items that people use to express their own individual style.’ 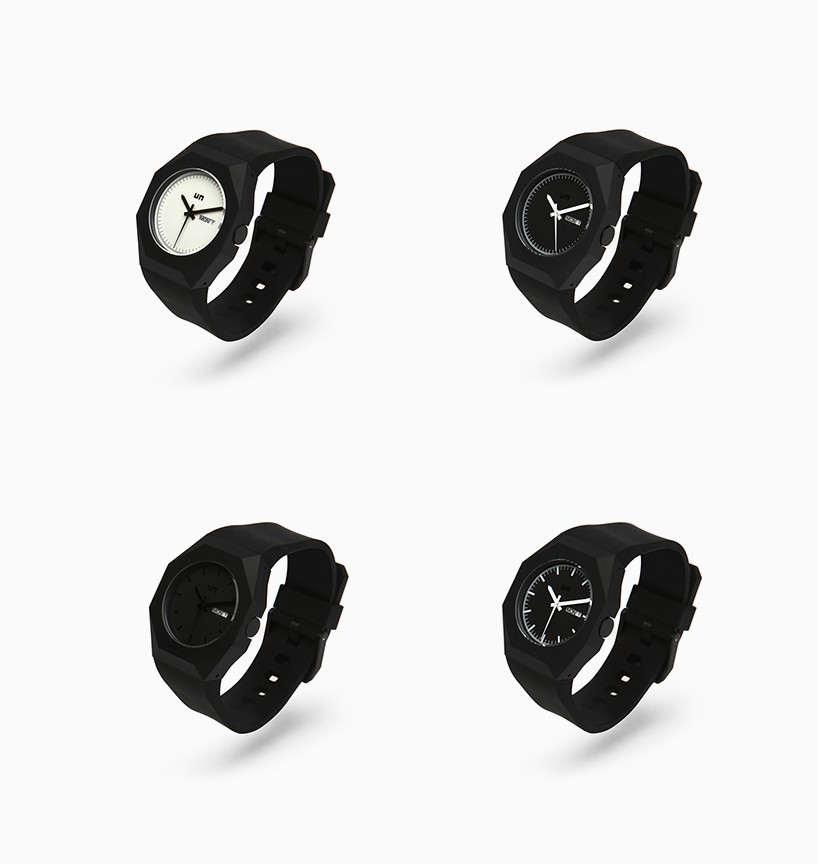 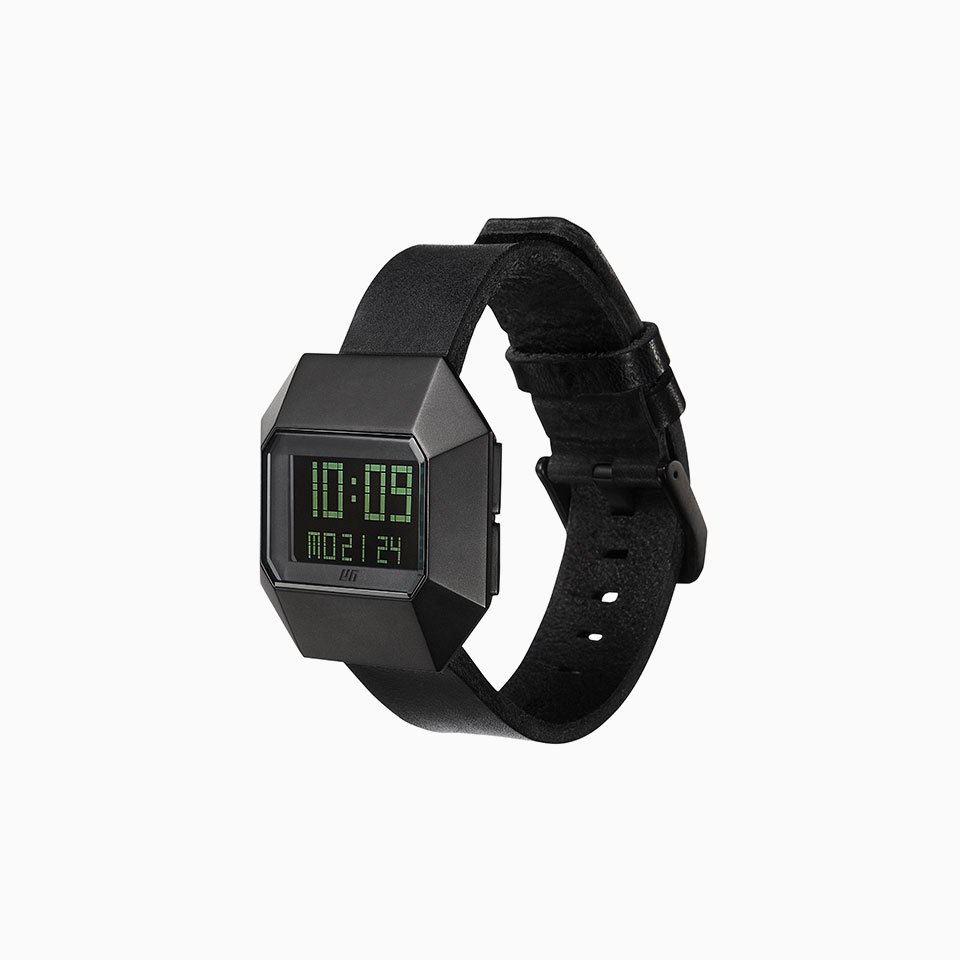 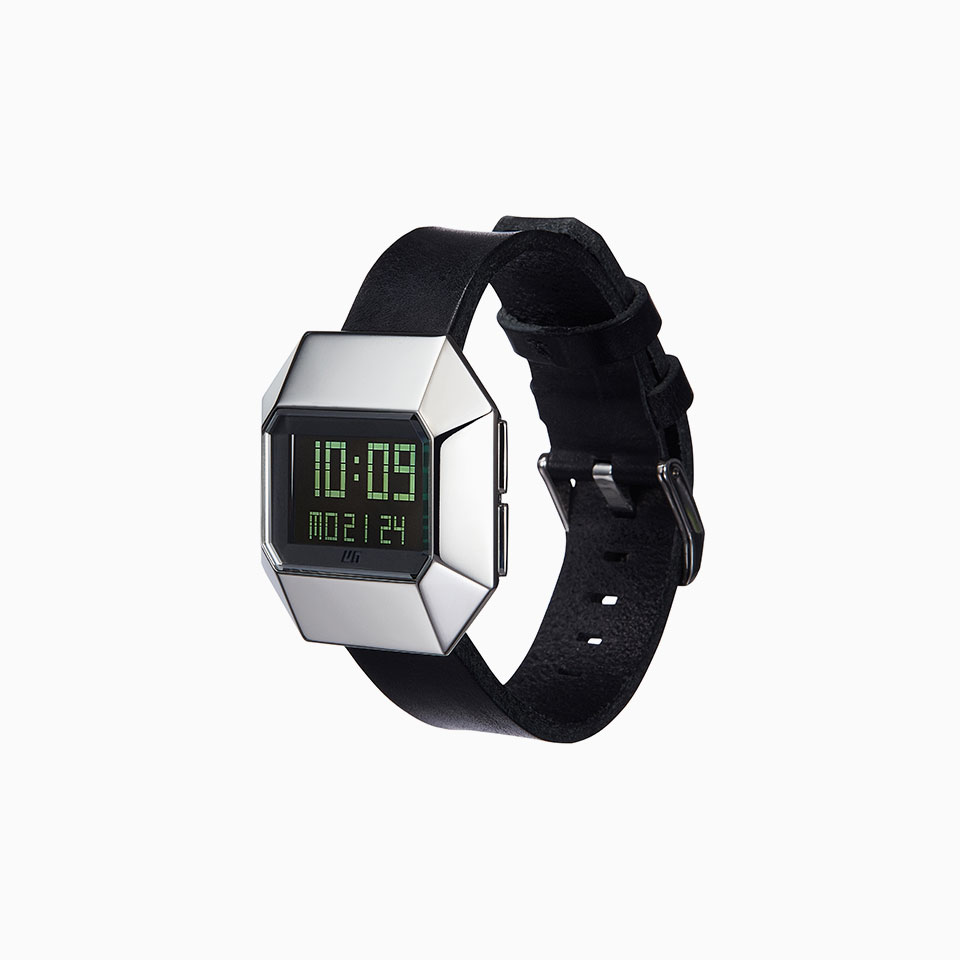 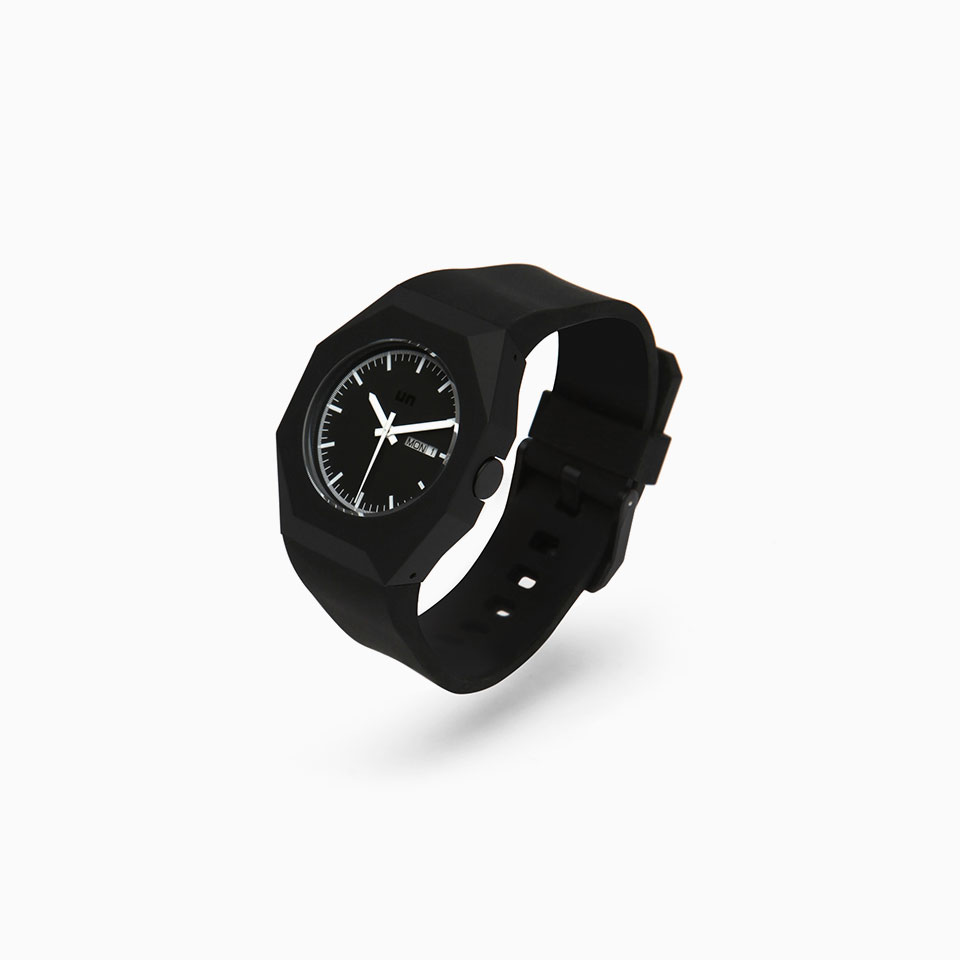 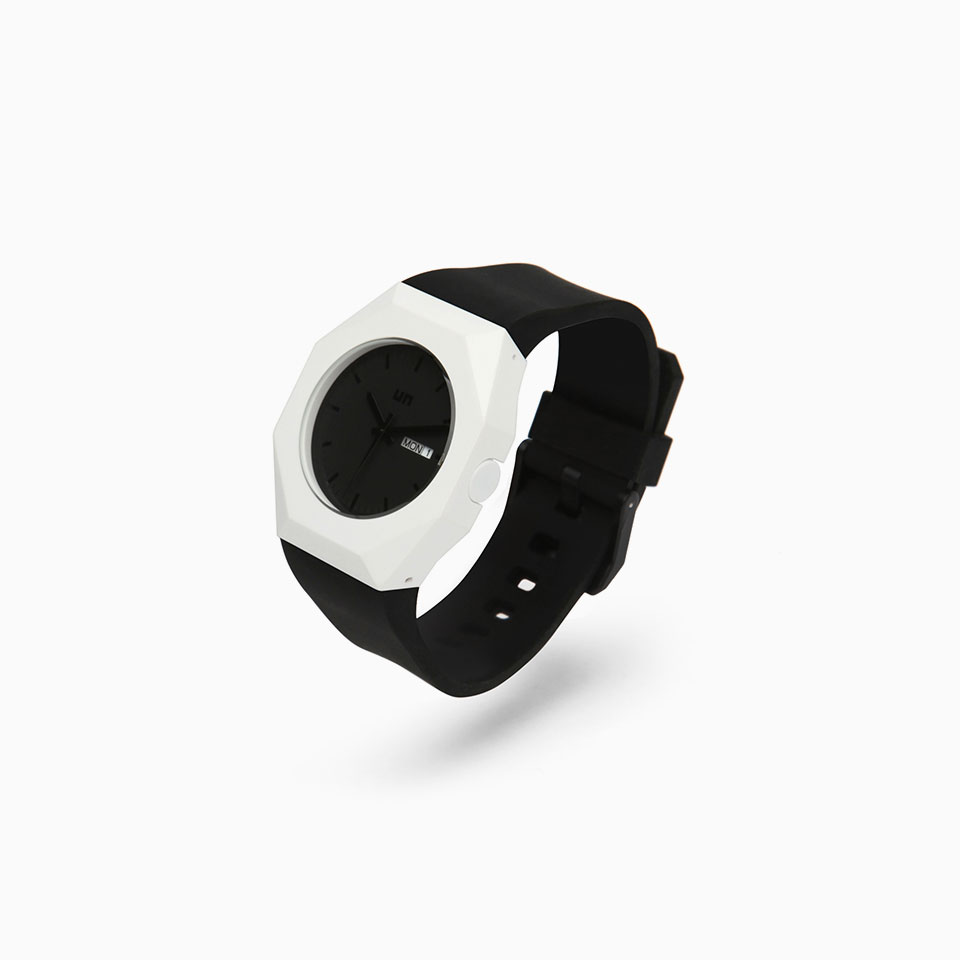 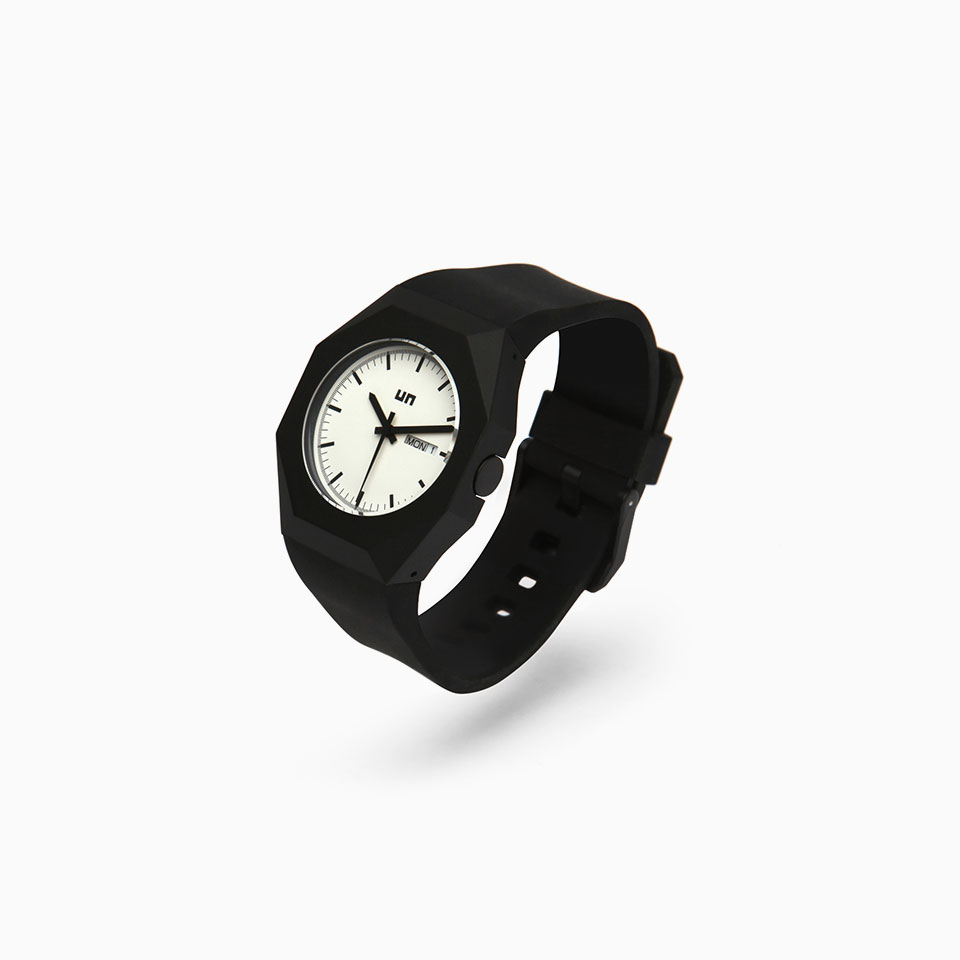 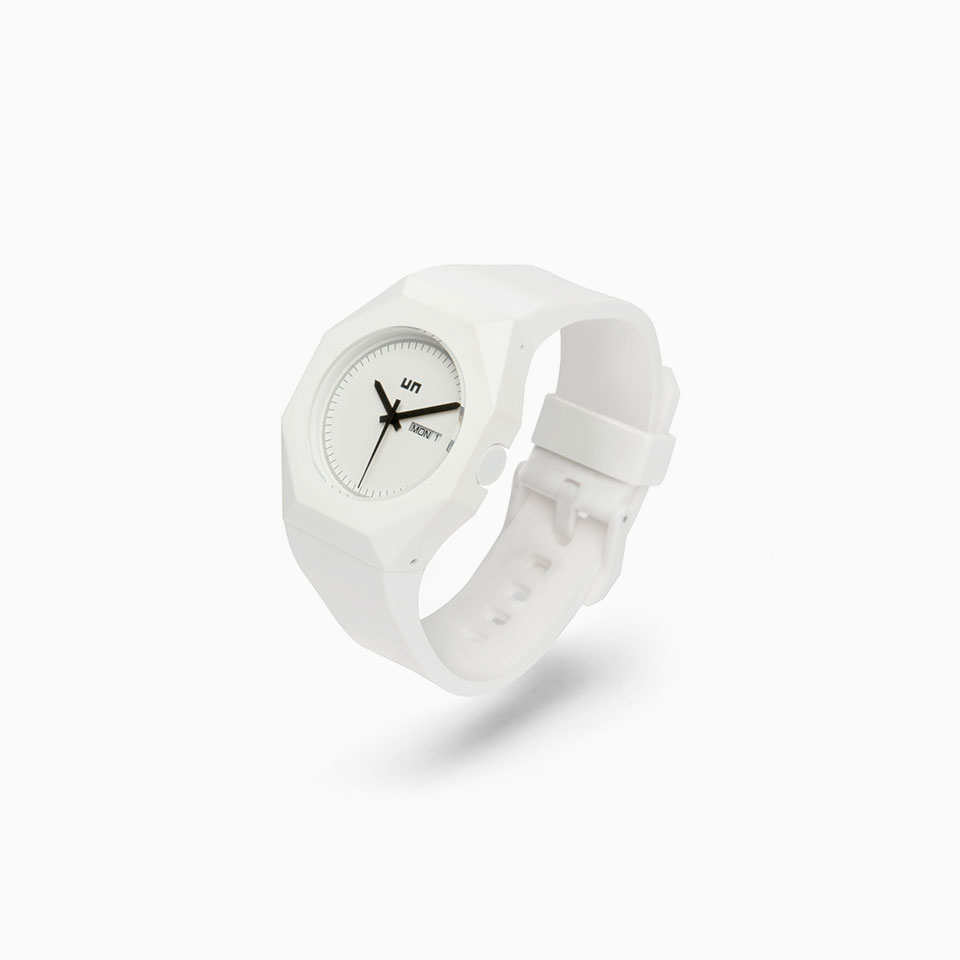 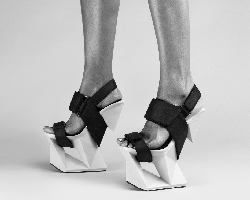