LEGO is one of the best inventions in this world but there are two things that can be annoying: sorting and stepping on the little pieces. although we have seen solutions for avoiding painful situations when we step on one, daniel west has developed a fully-functional machine that can sort the pieces out.

‘everyone hates sorting LEGO,’ says west on the video (see above). ‘so over the past two years I have been developing a brand new artificial intelligence-powered sorting machine that can take the human element out of sorting all together by recognizing almost 3,000 different types of LEGO parts and I call it the universal LEGO sorter.’ 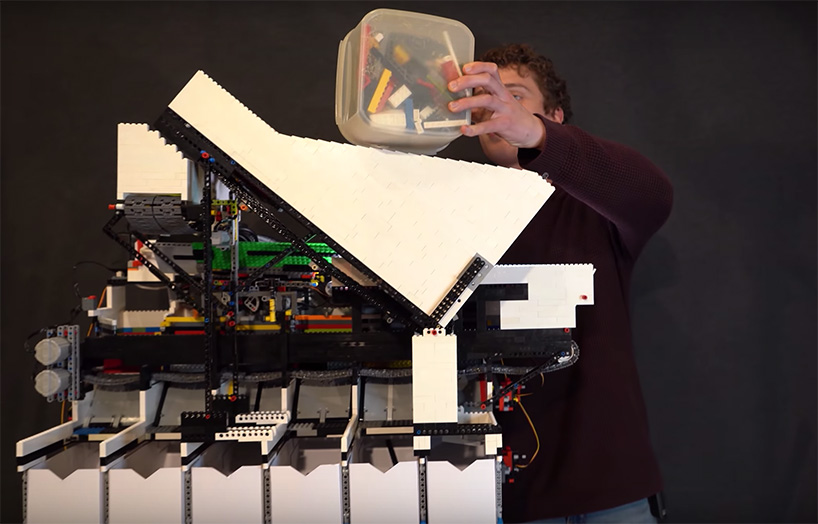 the universal LEGO sorter by daniel west is built from over 10,000 lego bricks and powered by six lego motors and nine server motors. the machine can sort any LEGO part from its input backend to 18 different output buckets at a rate of 1 brick every two seconds. it works by using an artificial intelligence technique called convolutional neural network. the network learns how to recognize LEGO parts by training on realistic 3D images. this means it can develop a knowledge of any LEGO part for which there is a 3D model available. and this is the first time something like this has ever been done. 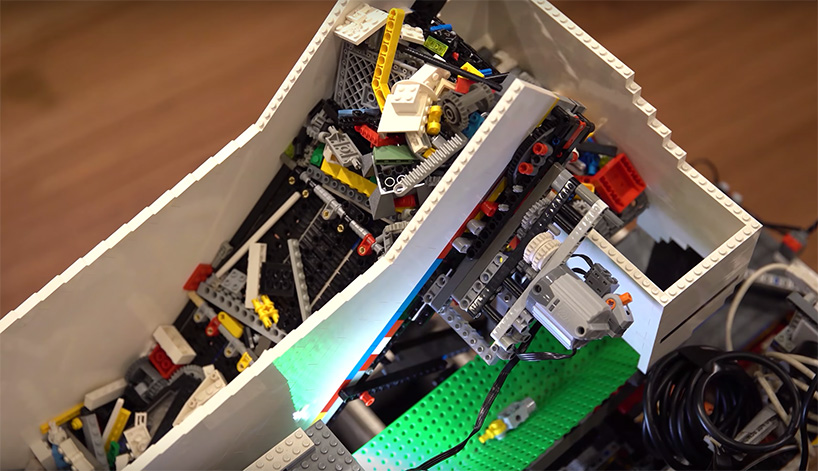 ‘I was inspired by two other LEGO sorting machines that have been built in the past. the universal LEGO sorter is the next step in this line of evolution. the reason I’m calling it universal is that it’s capable of recognizing any LEGO part that has ever been produced — even parts the machine has never seen before,’ west continues. 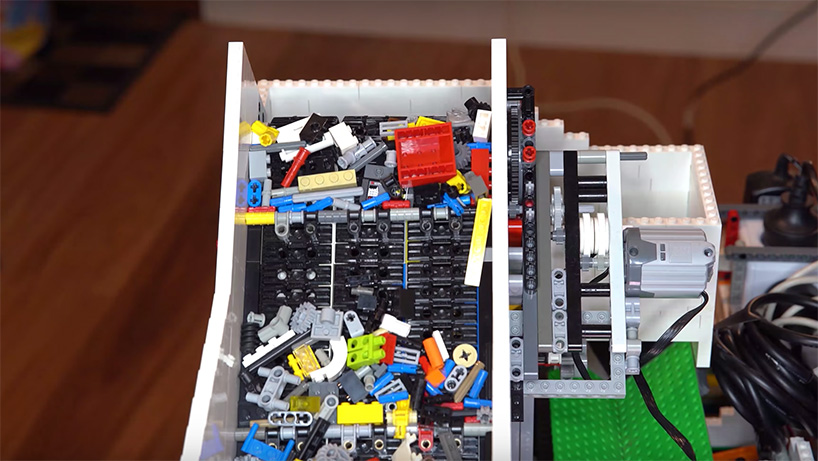 the LEGO sorter has three main components which solve different problems. the first problem is how to take a huge bucket of parts and get just one part at a time to show the camera for sorting. a part separation system was created, where a belt pushes the pieces to the vibration feeder that shakes the parts around, so they don’t sit on top of each other. once separated, they go into the scanner where the camera takes video footage of the parts. the video is then processes by the raspberry computer where images get sent wirelessly to a more powerful computer that runs it through the network that classifies the parts. the result of the classification is sent back to the sorting machine, allowing it to sort the pieces to the different output buckets — 18 buckets in total, each for different types of part categories. 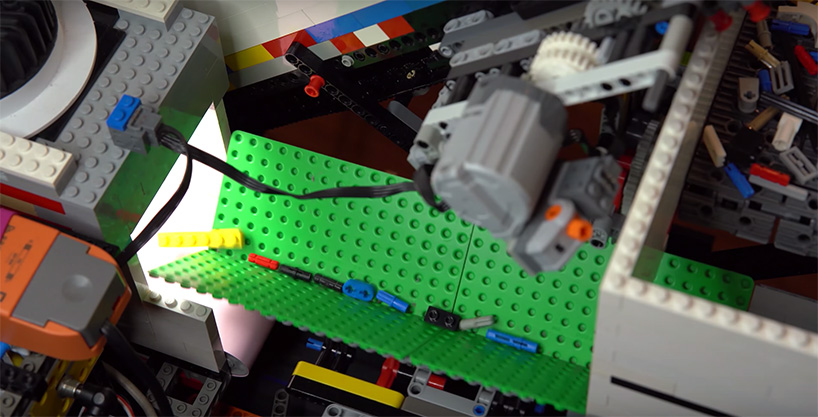 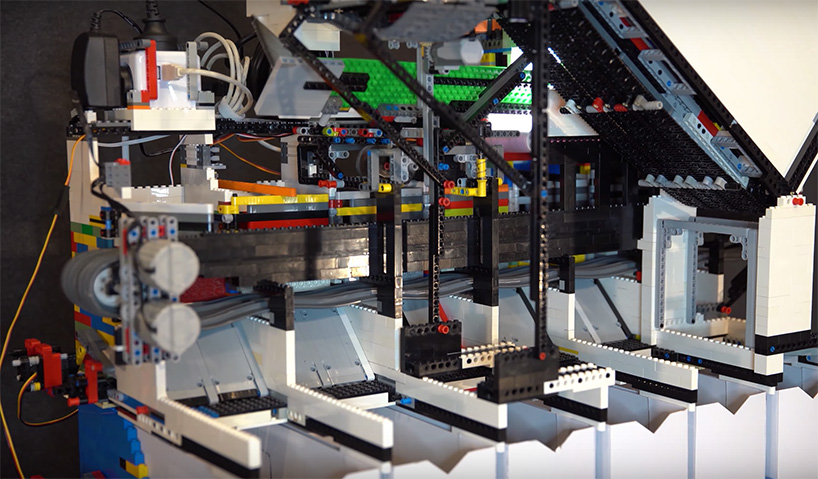 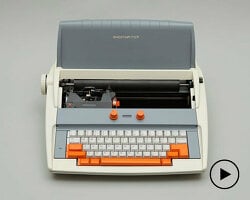