UK-based mobile studio architects reveal their latest proposal called universal play machine— a bespoke and adaptable kinetic sculpture. this device is used to learn not only the process of its creation, but also how it can be interacted with when completed. ‘as far as we know, these are the world’s largest mechanical flipbooks ever made!’, explain the designers. 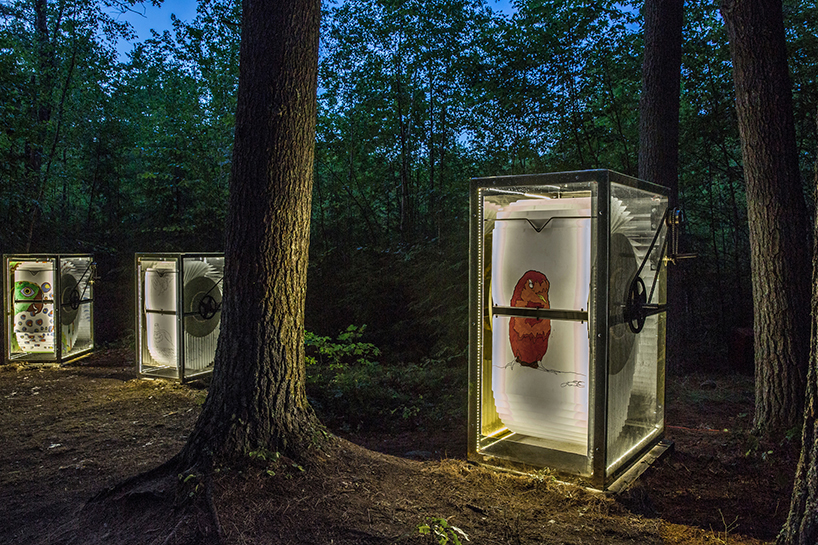 the universal play machine by mobile studio architects is actually the winning entry for the BEAM camp summer 2016 –founded in the US for youth and professionals. this program allows campers to collaborate and create while learning skills in welding, physical computing, carpentry, ceramics, textiles, video, programming and design. essentially an oversized flipbook, the system magnifies the ‘split-flap display’ technology first used in airports and train-stations across the world. 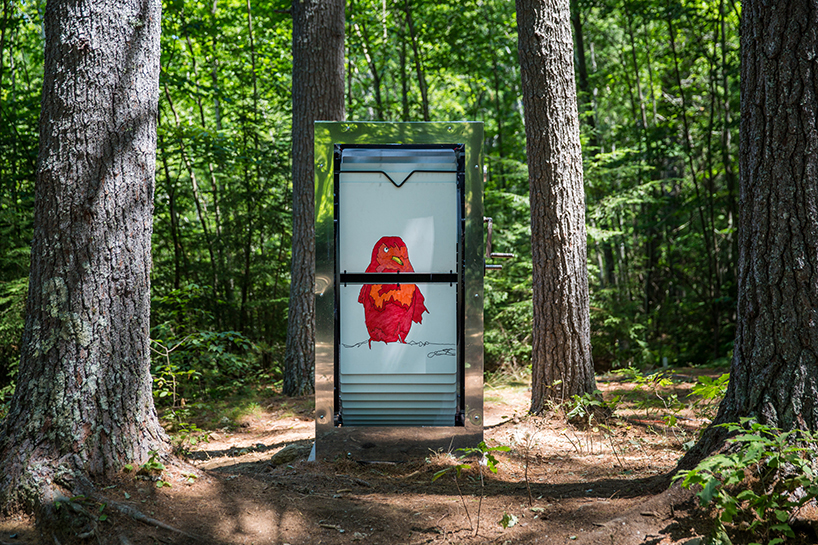 exaggerating the analogue nature of the technology, universal play machine has the capacity to rotate through a sequence of images –created and powered by campers. with more than 500 still images traced, and colors painstakingly applied by hand, the campers brought to life five animations of avian behavior — inspired by the charming forest setting of the BEAM camp. 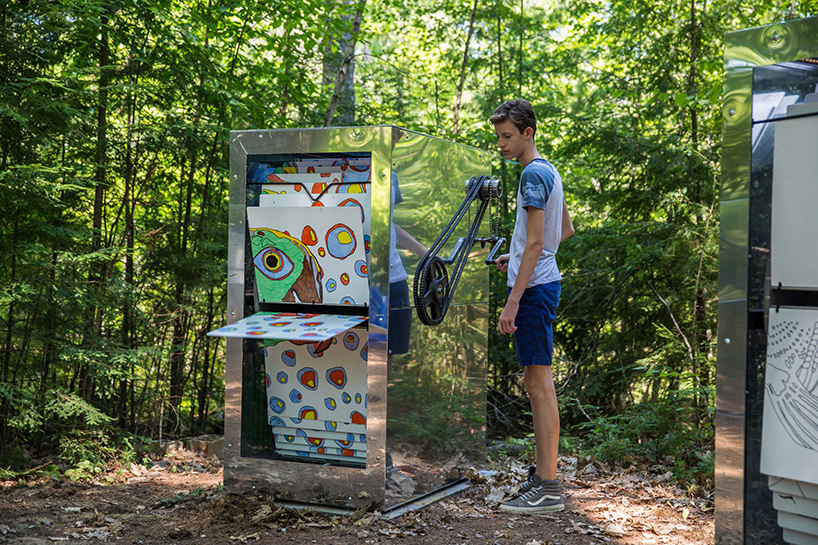 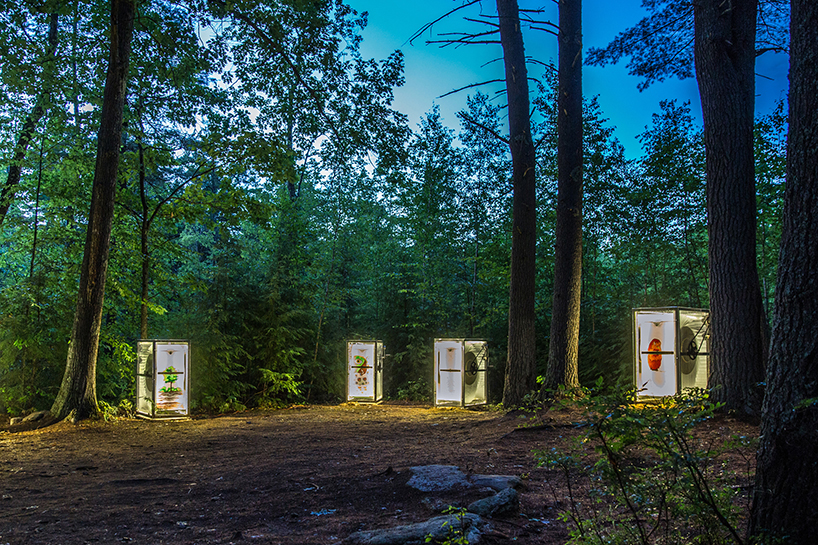 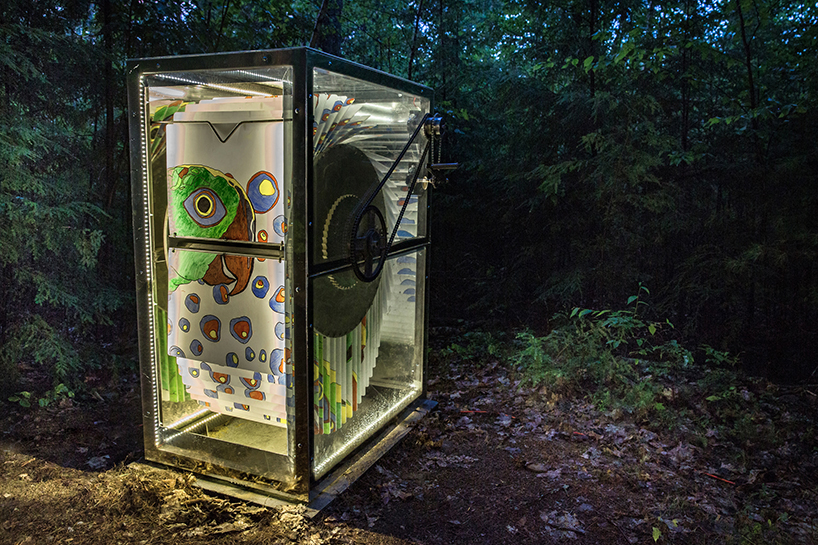 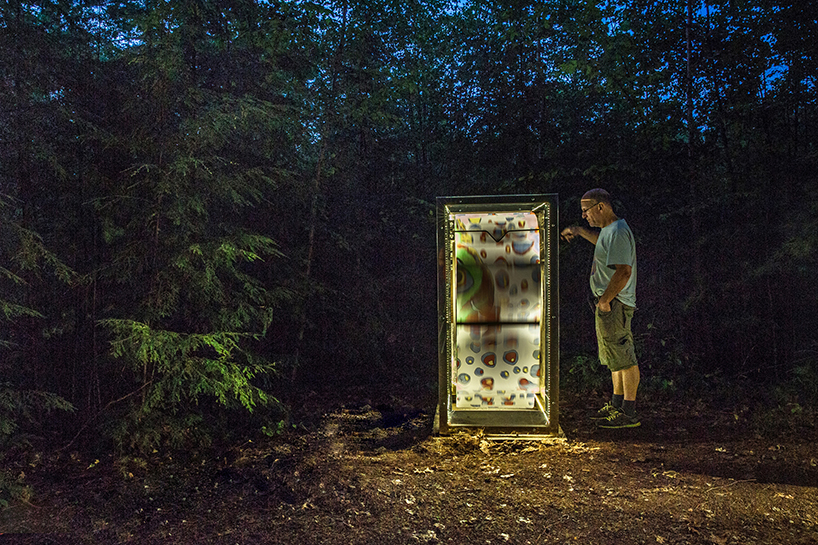 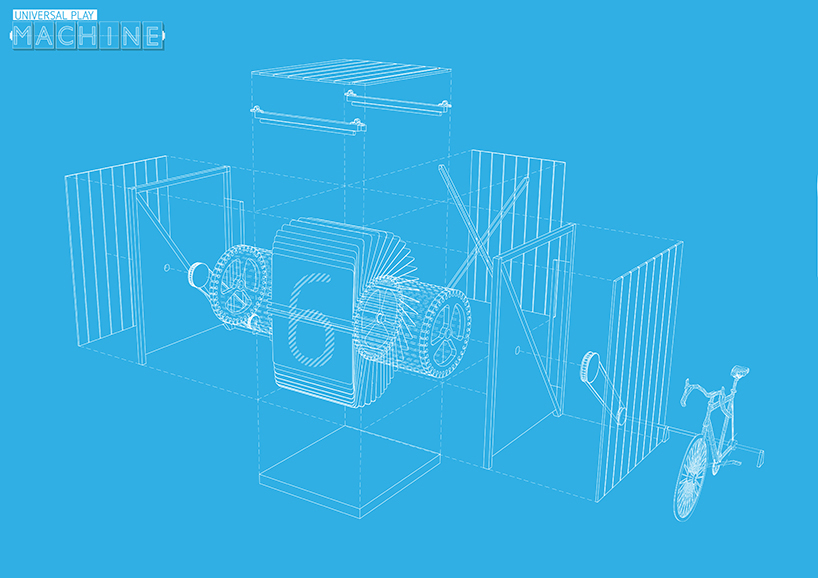 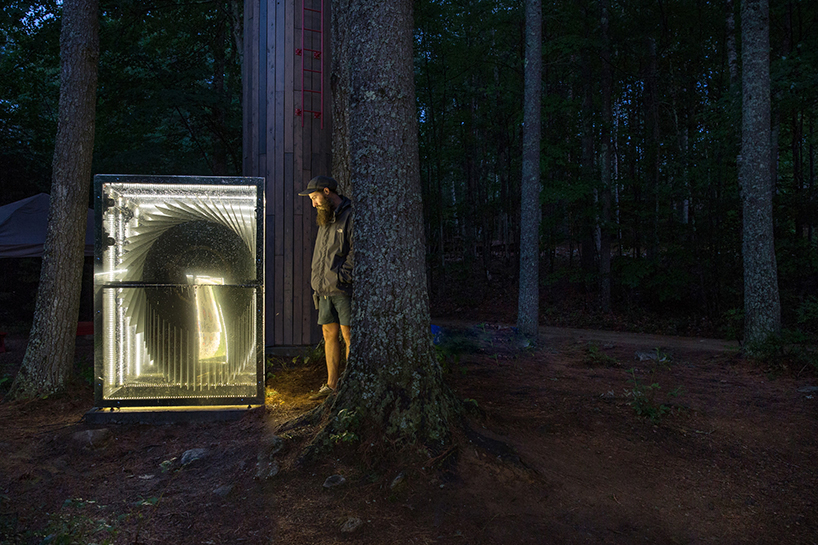 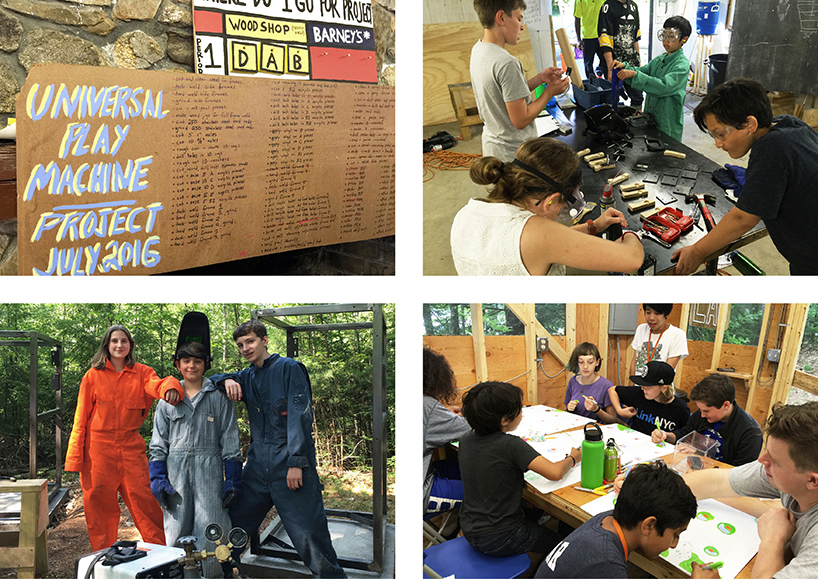