‘info display’ by dutch industrial design student dennis van melick is an multifunctional digital display unit, adaptable for a range of urban use. in both aesthetics and function, the device is part of a larger traffic regulation system designed by van melick that also includes the dynamic ‘three to one traffic display’ previously covered in the designboom article, ‘dynamic LED traffic light‘. patent-protected, ‘info display’ has already undergone public trials in eindhoven, the netherlands.

mounted on a cast steel pole, the panels themselves are composed of an aluminum frame with black polycarbonate cover. its flexible OLED screen offers increased durability as well as a level of brightness that permits the display to be read even in direct sunlight.

when utilized at crosswalks, the system contains a camera that automatically detects waiting pedestrians, eliminating the need for dedicated ‘walk’ buttons. as people wait for the light to turn, the display can feature weather, news reports, and other interesting information, similar to the internal information displays that loop on televisions inside public buses in los angeles, milan, and several other cities worldwide.

the standalone model of ‘info display’ can also serve at bus or tram stops to show line schedules or information about the next arriving vehicle, as well as the same kinds of dynamic information and cultural news described above, to help travelers pass the time as they wait.

‘info display’ can be added to existing poles at crosswalks and bus stops, placed onto ‘three to one’ support structures, or installed anew on its own, specially designed column. van melick notes that these can be easily customized with city or transit system colours as visual markers to help tourists identify them. 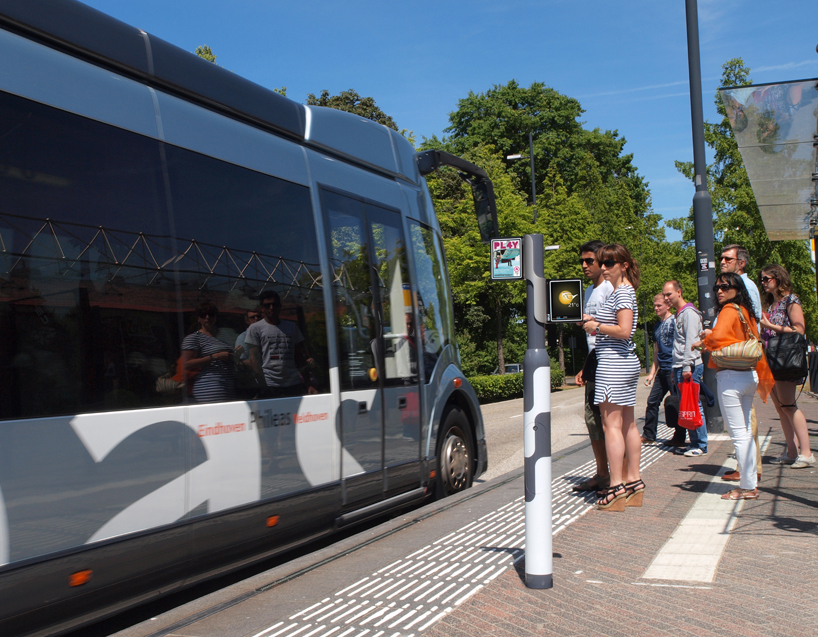 view of the display in use at a public transit stop 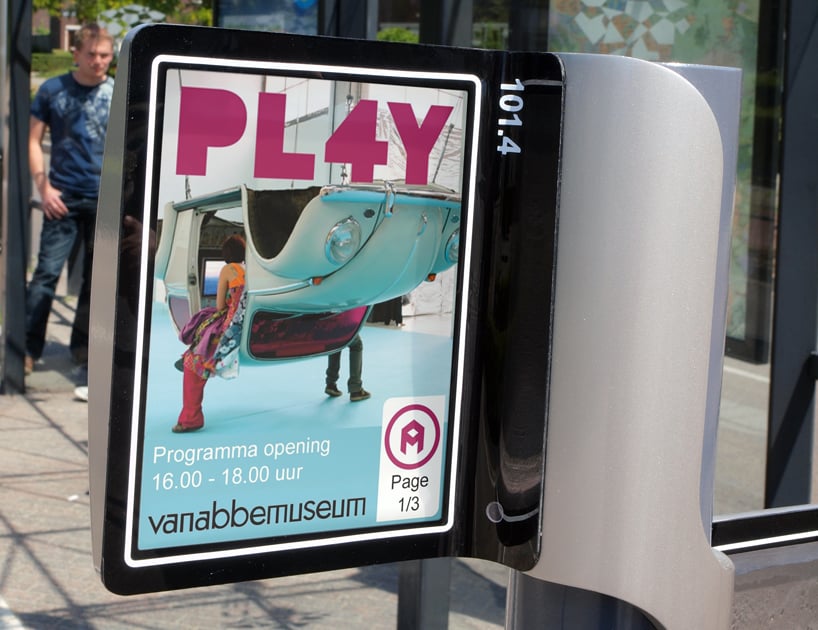 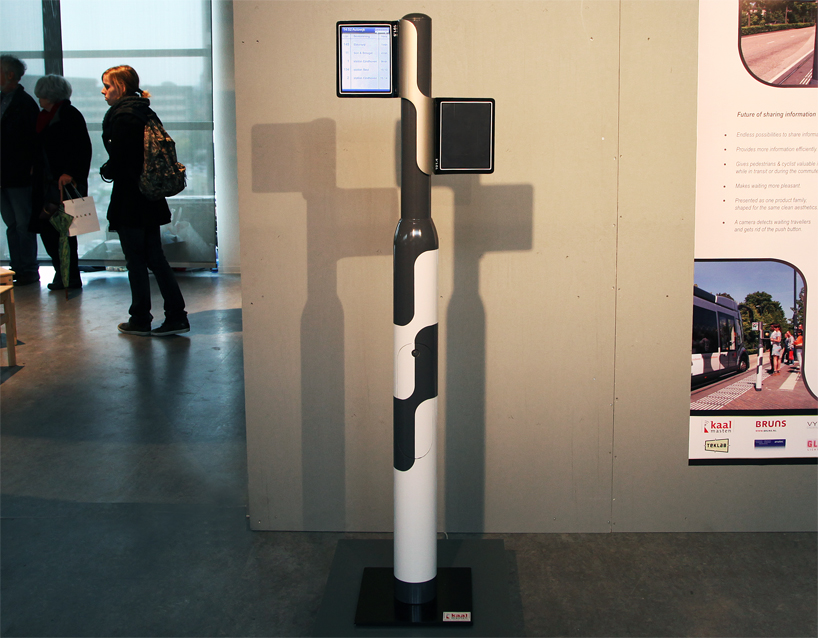 the display on exhibition during dutch design week 2011 image © designboom 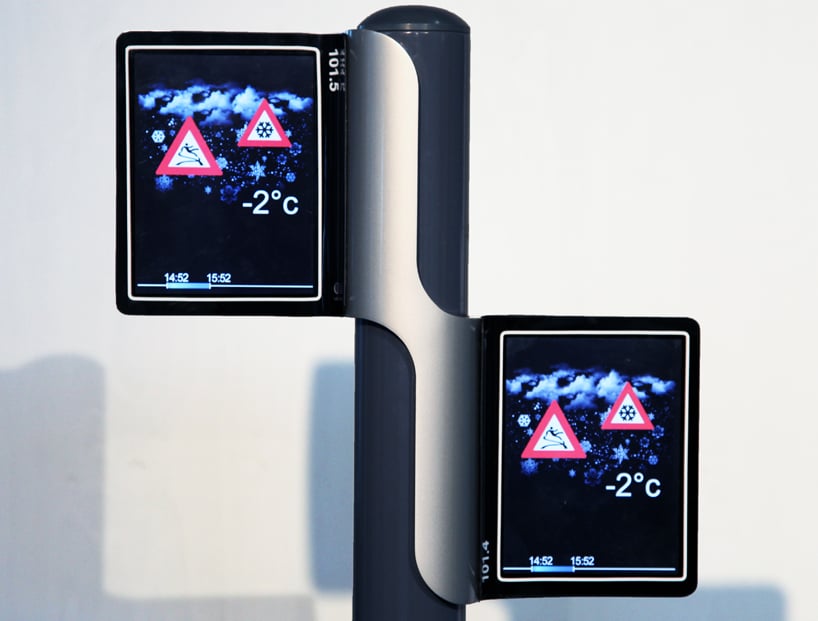 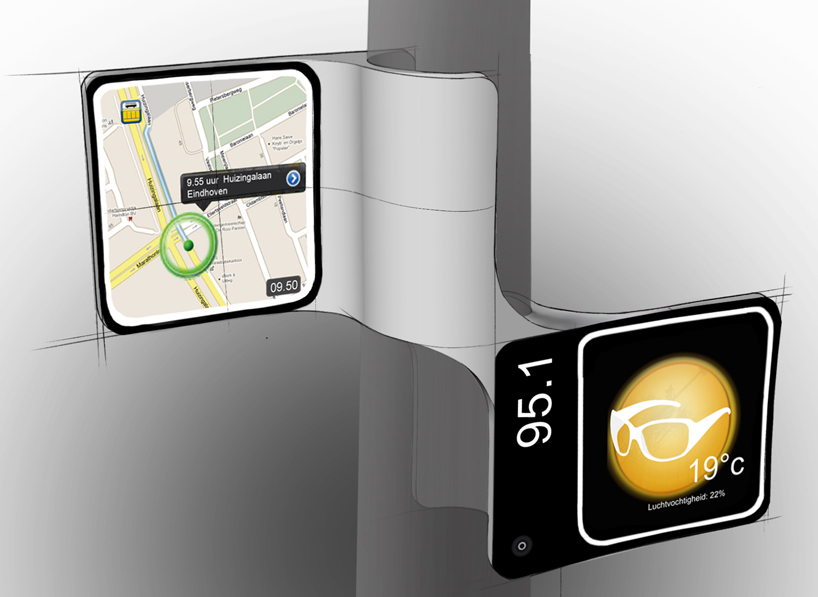