the compost, much more than a simple bin, is a deceivingly difficult object to design. the artifact’s numerous practical concerns force the creator to integrate pragmatism and aesthetics into a cohesive whole that not only does its job, but looks good doing it. ‘uroboro’, a vermicomposting system by portuguese designer marco balsinha, manages to hit all criteria. 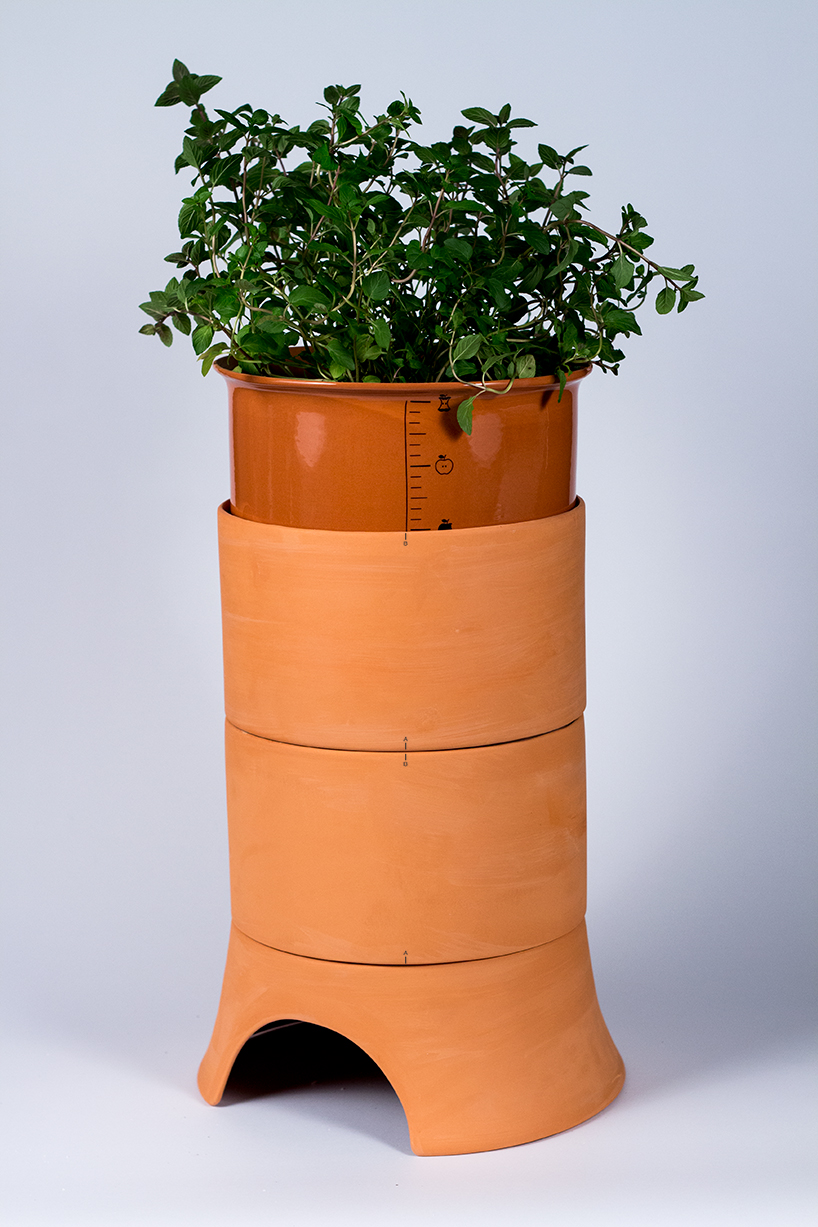 its shape derived from trees, the compost conceptually — and literally — brings nature into the home. composed of red clay ceramic units, ‘uroboro’ merges the material’s visual qualities with its innate ability to act as a moisture mediator and odor filter. four unique pieces form the basic modular structure; one which allows for vertical expansion. 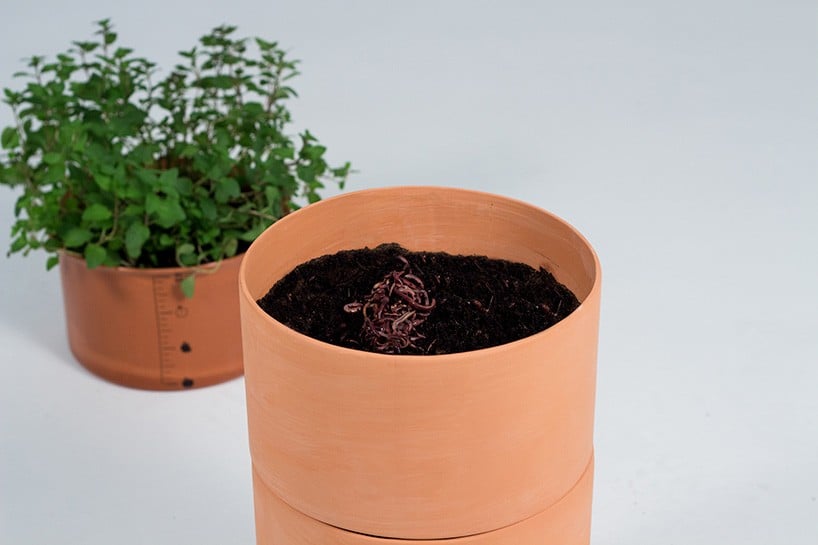 atop the base, a telescopic bin is placed. this unglazed form, which has an open bottom, is then plugged using a glazed slab and cork stopper. the two sections’ different surface qualities allow water to seep downwards and veggie slop to be pulled upwards by roots as it liquifies. this process is aided by the fifth — and most likely not-included — component: earth worms.

the worms act as an accelerating agent in decomposition. due to their speediness users can see, much in the same fashion as one watches paint dry, the process occur. markings on the side of the ‘uroboro’ planter represent the break down of an apple. the further along the compost is, the deeper the plant sinks. in total ten prototypes were produced, the most successful being translated into a single final design. the ‘uroboro’ system was presented by marco balsinha as his master’s of product design thesis at ESAD caldas da rainha — IPLeiria. 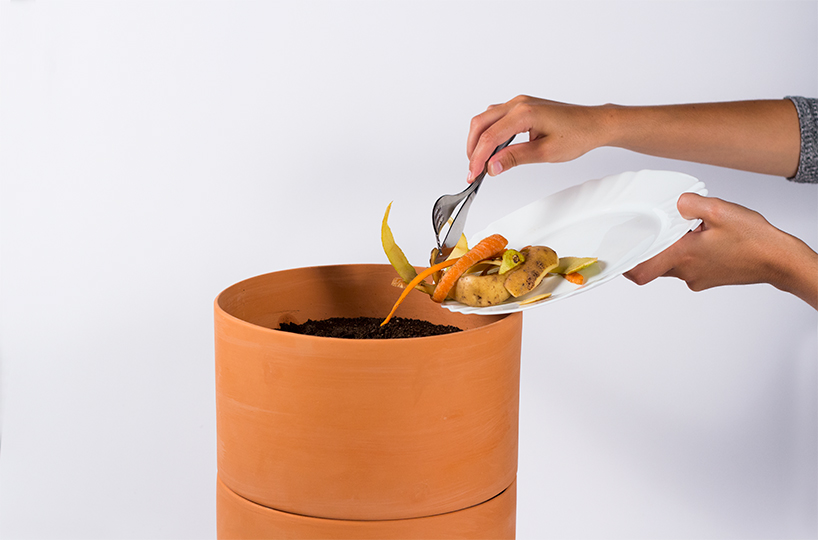 organic wastes can be continuously added to the terracotta base 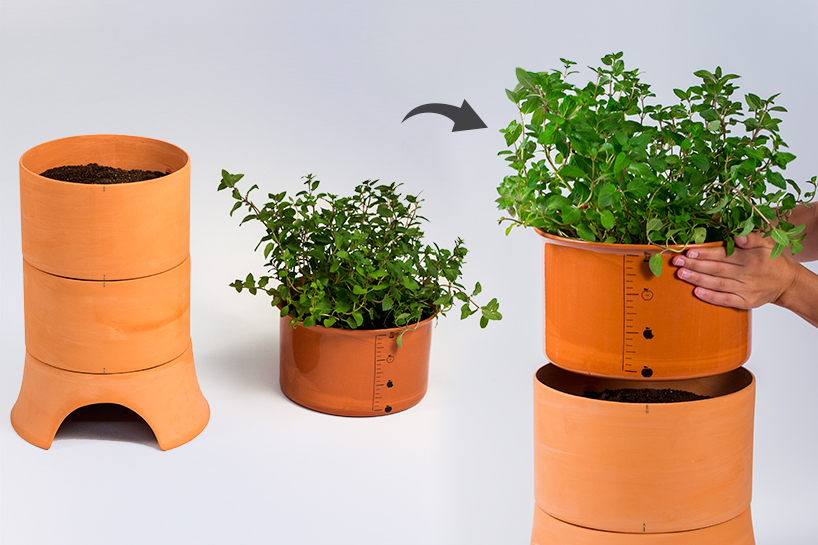 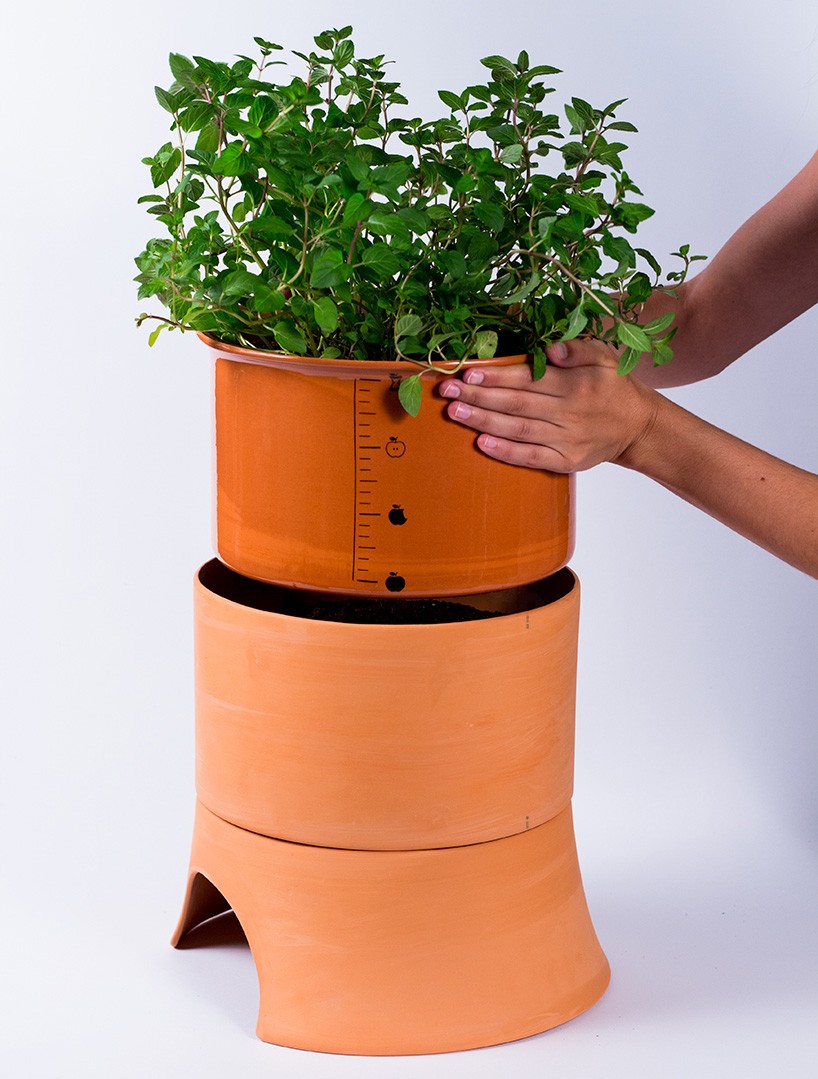 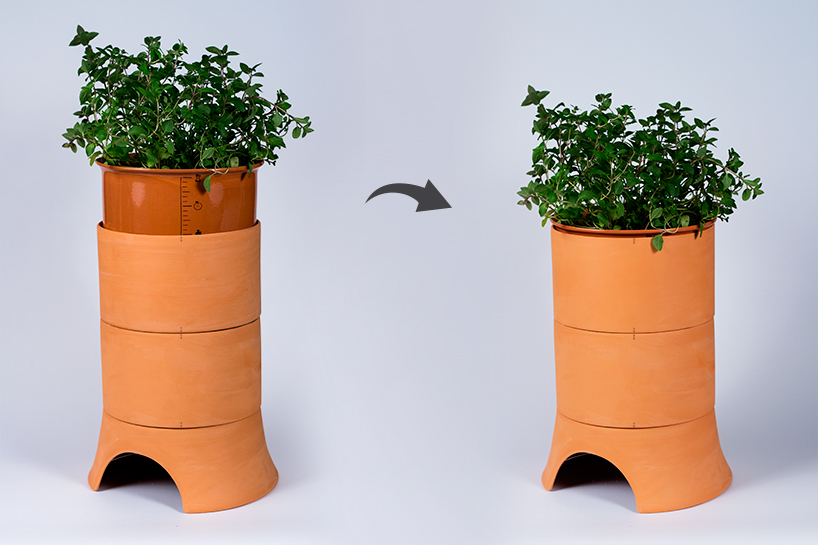 as waste degrades, the plant recedes further into the compost 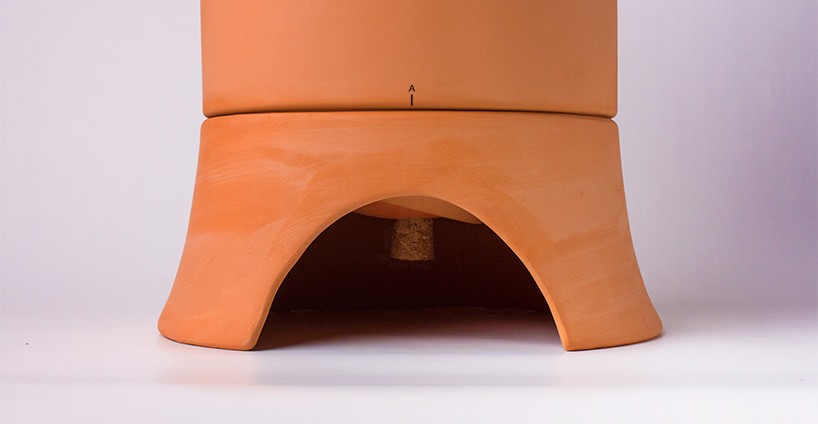 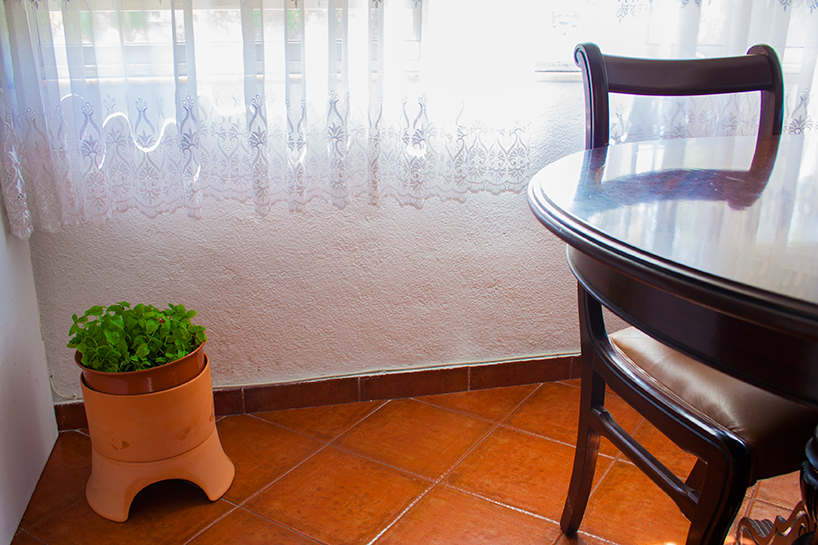 ‘uroboro’ is for interior domestic purpose 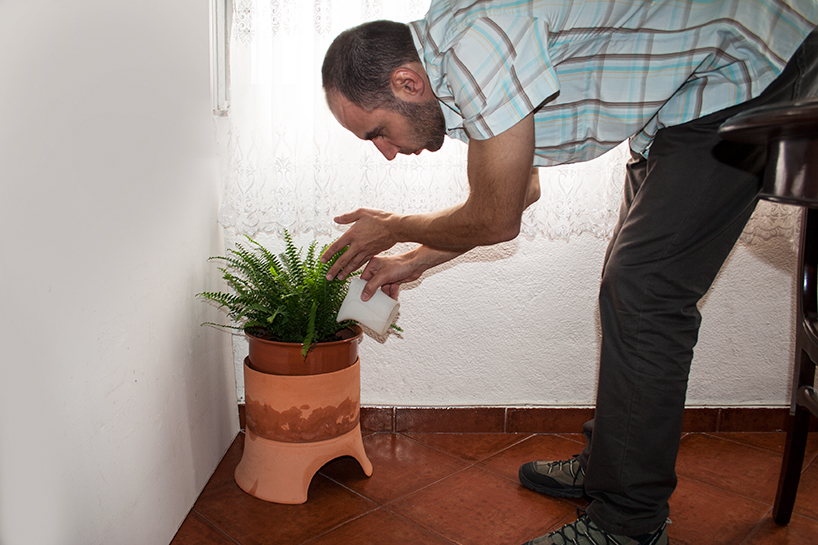 of ten prototypes, six were successful in intended function