a tribute to the renowned grand prix engines of the 1990s, the ‘V12’ by espresso veloce fuses fast cars and functionality, dispensing an aromatic, italian-style coffee out of one its six titanium exhaust pipes. engineered with alloys like magnesium, titanium and aluminum — used in motors raced by the likes of senna and schumacher — the sleek metallic machines appropriate the imagery and style of the powerhouse turbine while maintaining easy operation. unexpected design inclusions to the brew maker include a an ‘oil reservoir’ at the top of the engine block — a tank which can be filled with supplementary liquors like grappa. by pressing a mechanical volumetric doser button, the alcholic additions are automatically pumped through the piping system and into the cup. espresso veloce carries the machine in v8, v12, and black carbon configuration. 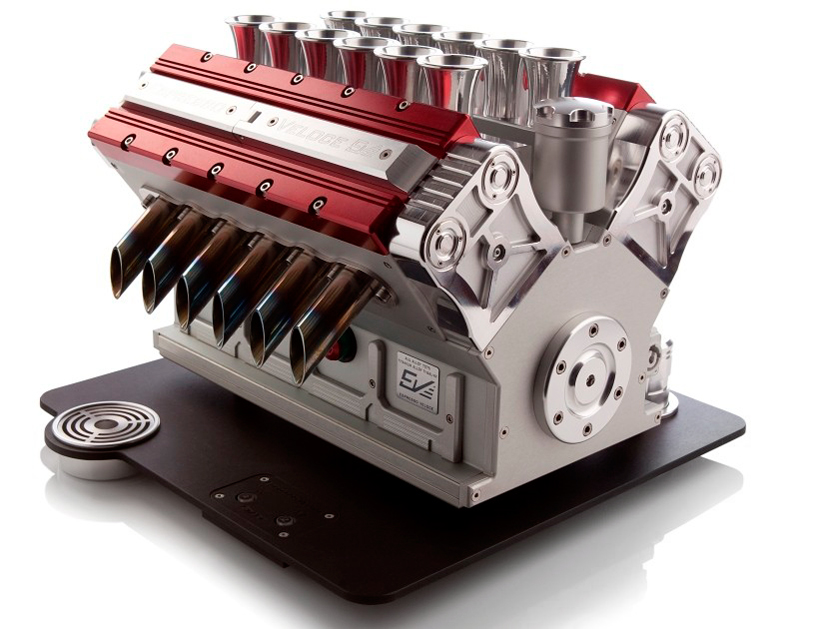 the v12 espresso machine in red 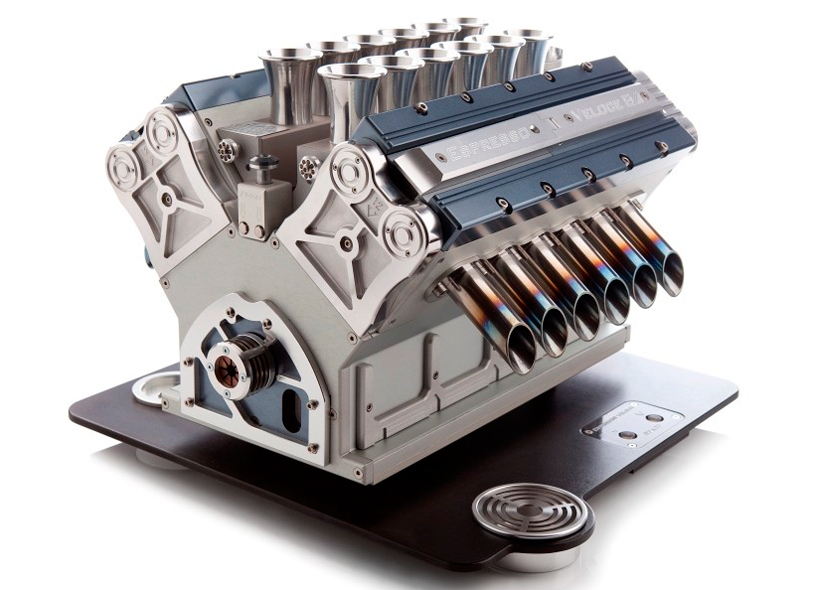 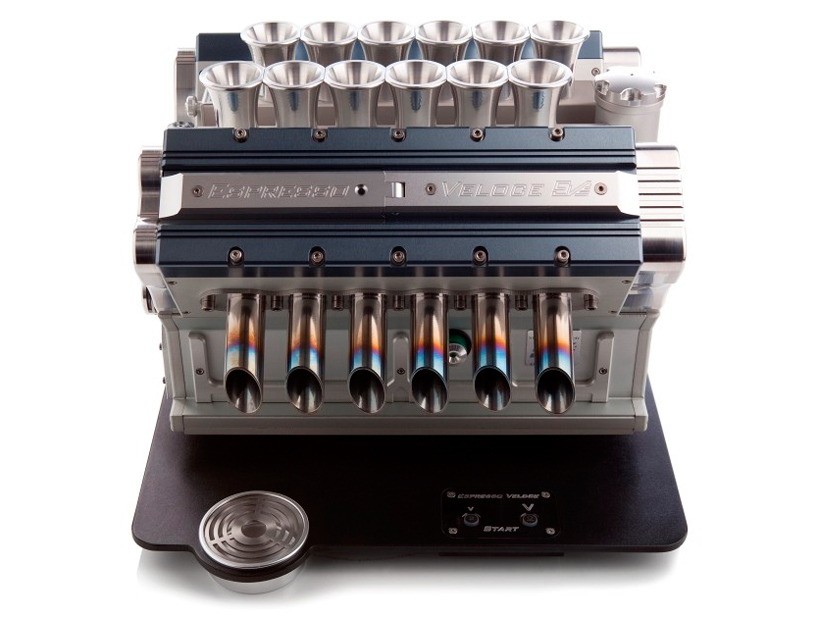 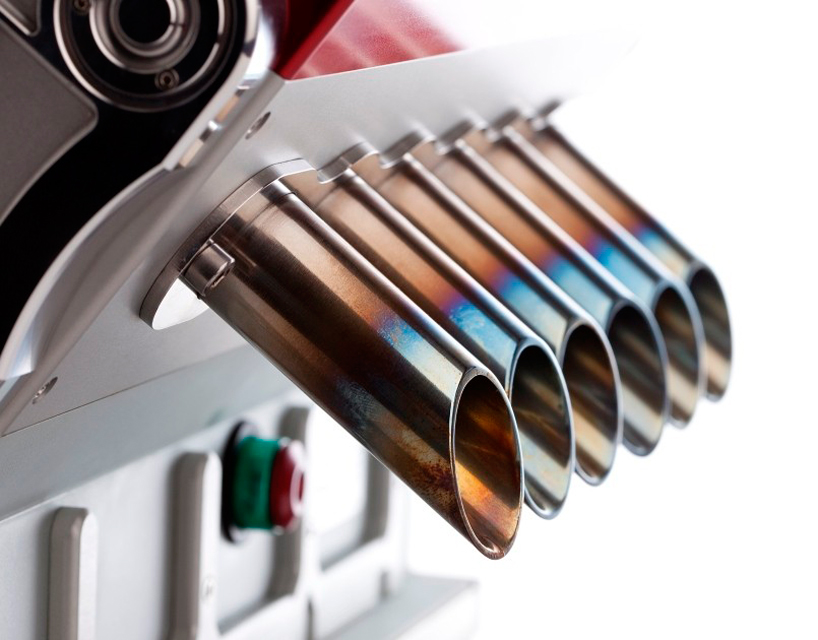 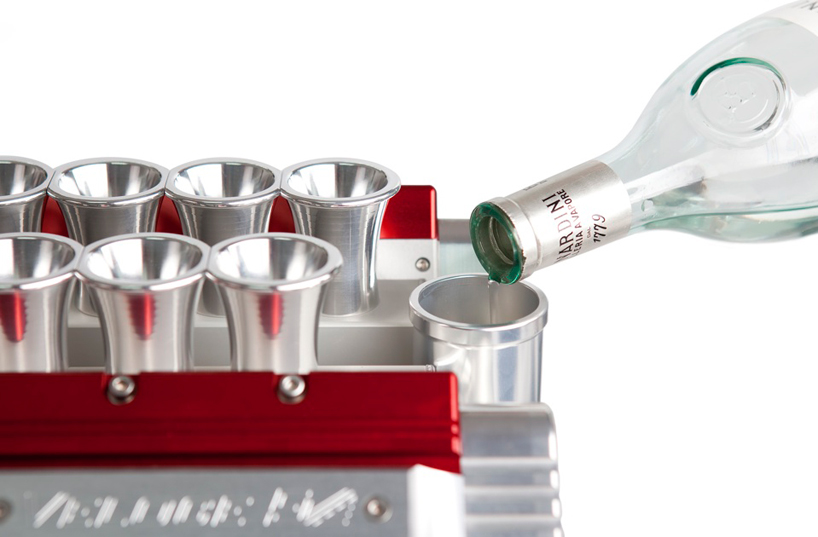 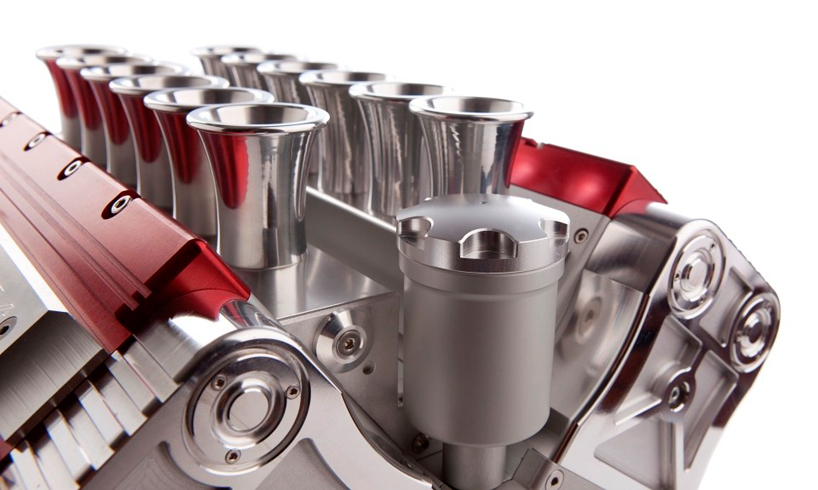 update: ‘V12’ by espresso veloce has been presented within the ‘africa is now’ exhibition at the 2014 design indaba expo, which offered a snapshot of creative work being produced across the continent, particularly the growth and development of africa’s megacities. the project was presented under the theme of ‘africa is sharp!’ (one of five major topics explored in the show), which surveyed the interwoven cultures, shapes and silhouettes that define a modern vision of africa. 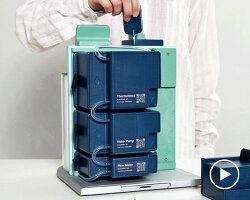