italian kitchen manufacturer valcucine constructs easy to use and ergonomic cooking and food preparation spaces for domestic applications, as demonstrated in their ‘new logica system’ with 80 cm depth and ‘equipped back section’, featuring removable over-sized drawers and wall units with ala and aerius lift-up doors. the newest addition to the kitchen system is an improved ‘equipped back section’ which is capable of containing and concealing all of the equipment within including: the dish-drainer, weighing scales, small appliances, removable cooking receptacles, bottle-racks, power sockets, a monitor, a kitchen roll holder, the tap, hooks for utensils, even a cooker hood. 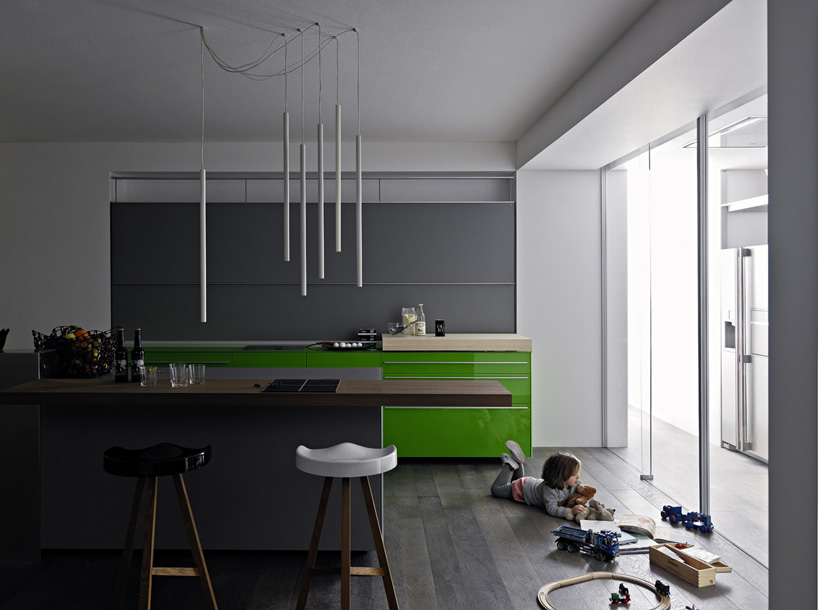 when not in use, the kitchen can be easily concealed with the new equipped back section 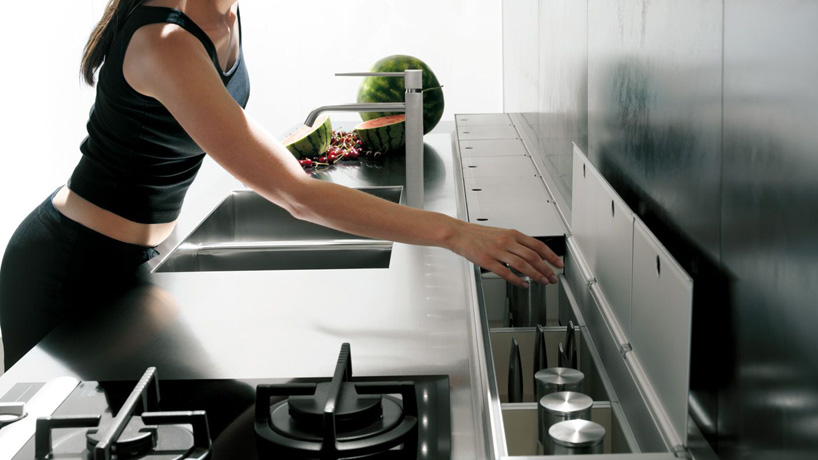 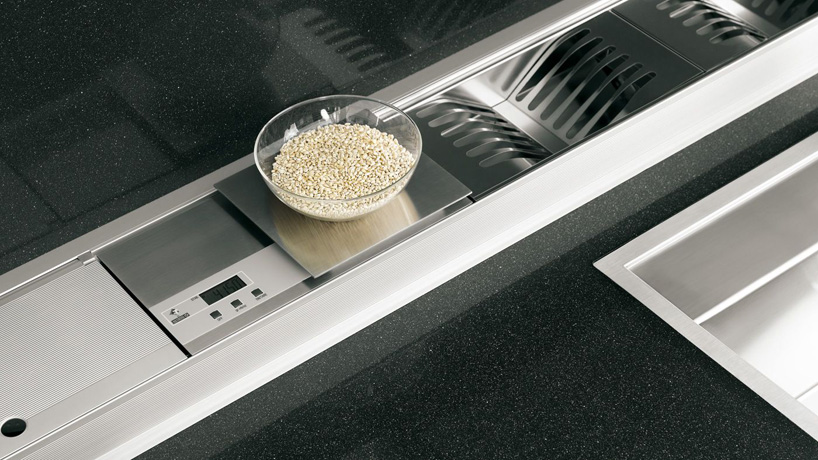 ‘equipped back section’ rolling pin and chopping board storage 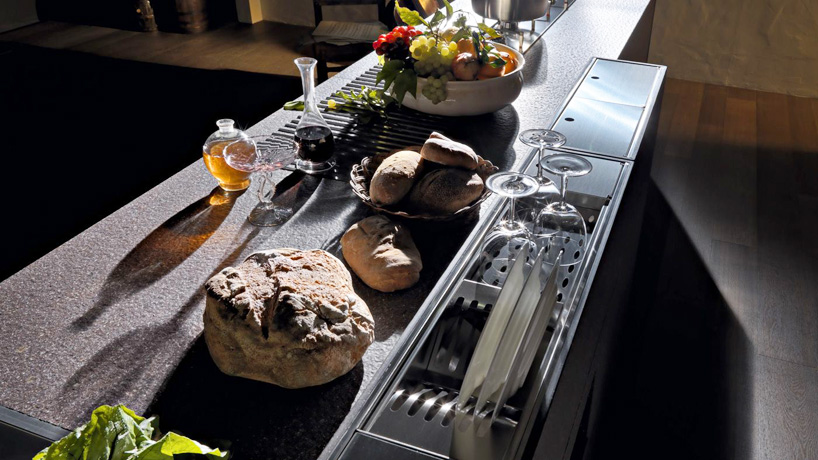 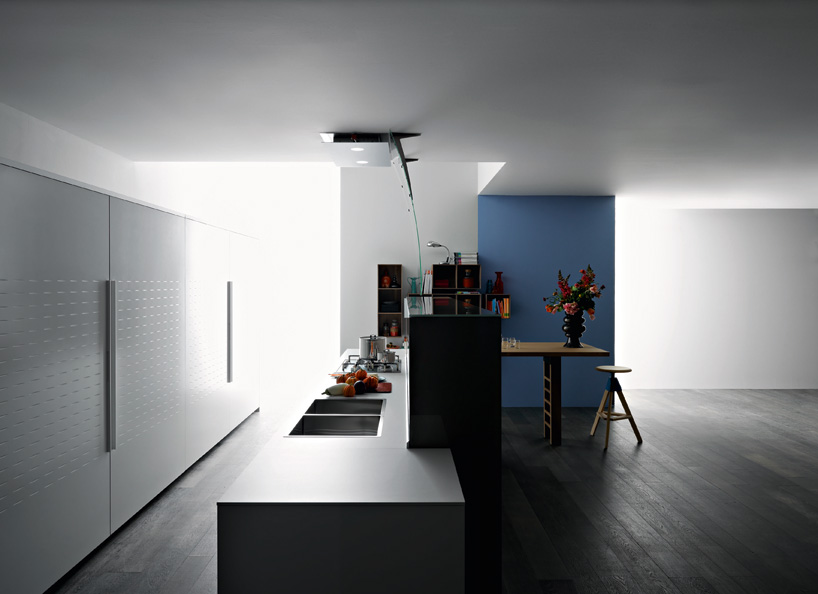 a ‘new logica system’ island is also available, used to divide cooking and living areas. the volume of the unit’s back panel creates a partition between the kitchen and the dining or living room – which it typically neighbours – which seamlessly draws itself into intimate spaces without reducing the dimensions of the room which it borders. 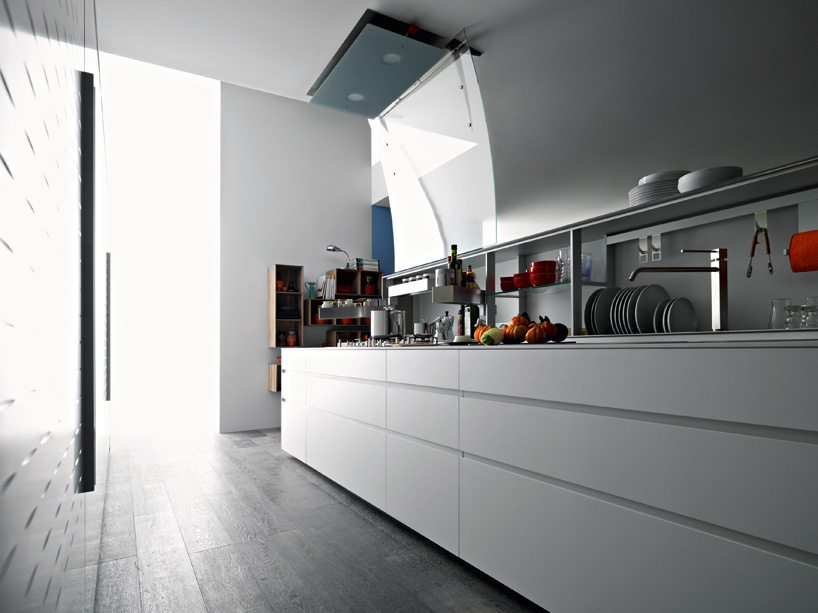 ‘kitchen’ workspace side of the ‘new logica system’ island 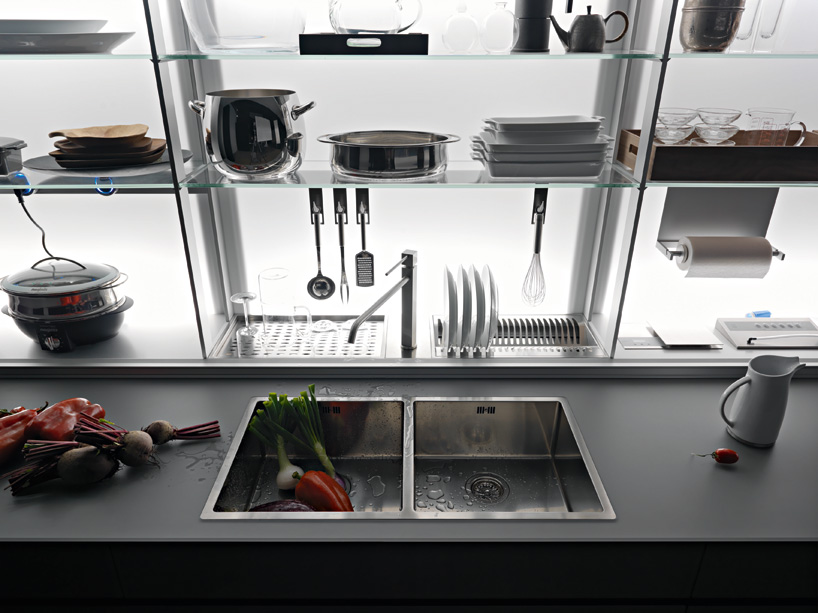 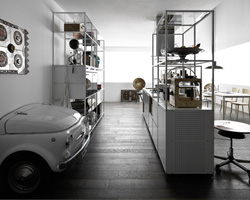 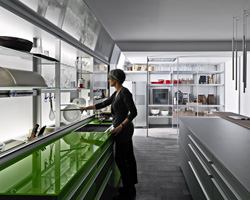 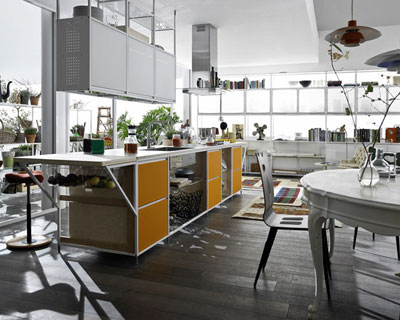