bringing fire back into the public realm, berlin-based artist and architect valentina karga introduces HOTSTUFF in the university city of witten, germany. composed of two rocket stoves and a mass heater, the installation is the first of its kind to be built in a shared open space and invites users to learn about sustainable heating and cooking activities. 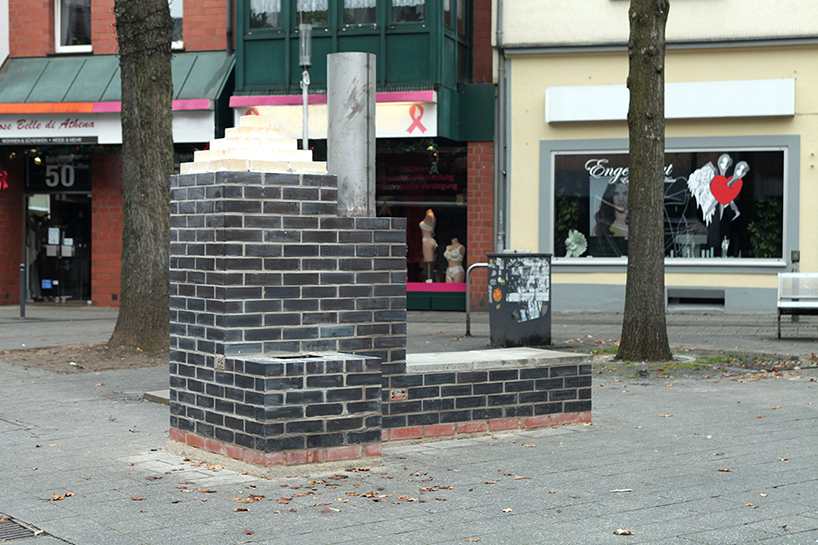 a rocket mass heater is very efficient in the sense that is uses very little fuel for a maximum output. with the rise of open source knowledge and the online ‘do it yourself’ scene, the heaters have become a global phenomenon. for this project, locals are invited to learn about the making of HOT STUFF and experiment in groups in witten’s public space. a video tutorial on how to build one for common dwellings is also indispensable in order to freely share the knowledge of this innovation. together with the participants, self-made ceramic tiles are also produced using a japanese technique to create patterns with colored clay that will cover the top surface of the sculpture. valentina karga’s HOT STUFF sculpture has been produced in collaboration with architects mascha fehse and sébastien tripod as part of the urban school ruhr (USR), an educational program by open raumlabor university and commissioned by urbane künste ruhr. 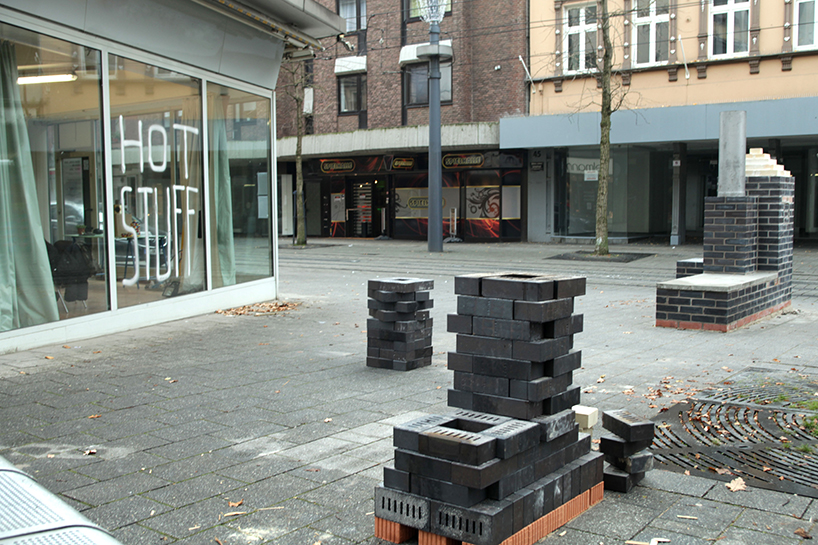 the artist believes that is is essential to negotiate what is allowed in a public realm and to claim back our ‘right to the city’, as the the philosopher henri lefebvre has stated. sitting in a sofa and cooking are activities which belong mostly to the private sphere. transferring them into the public realm can shape a new concept of the household, a productive unit that is more socially engaged and integrated within its urban context. by doing so, the stereotypical perception of a household as a secluded unit of consumption is completely deconstructed. in a way, HOT STUFF is a critical and shared public infrastructure, disguised as an artwork. 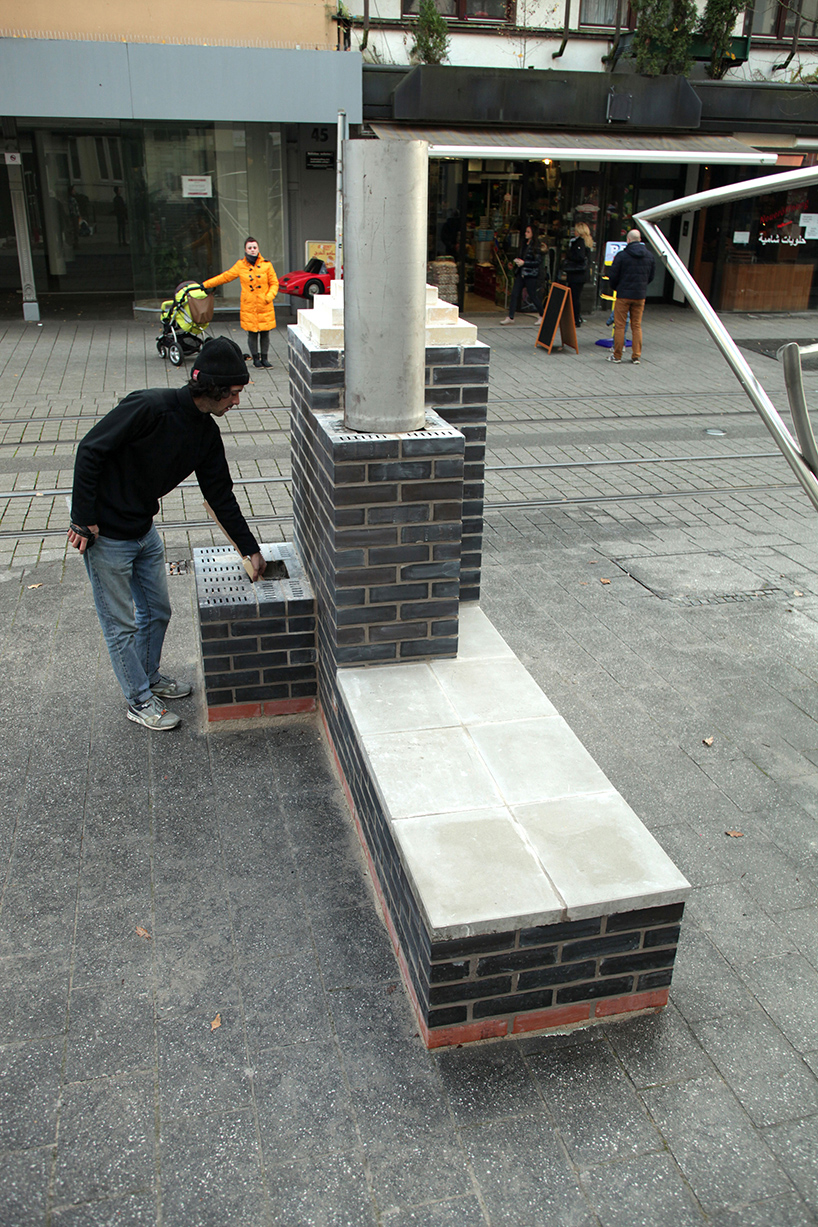 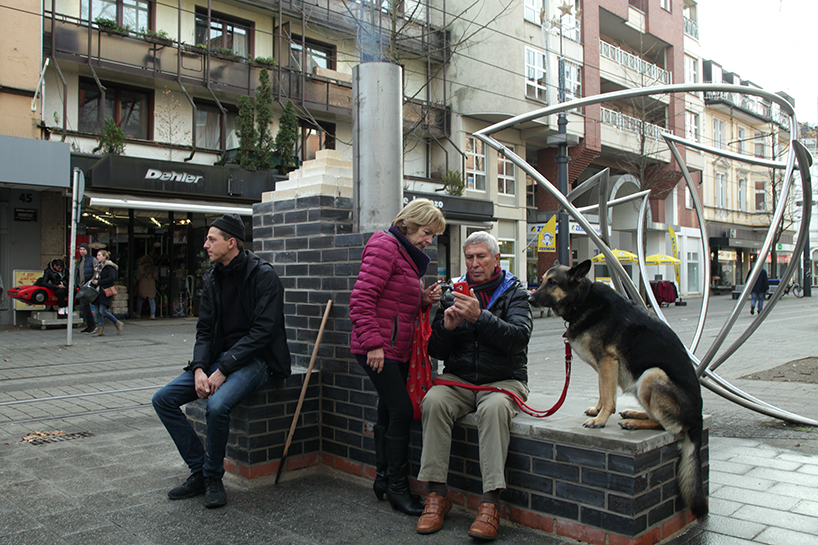 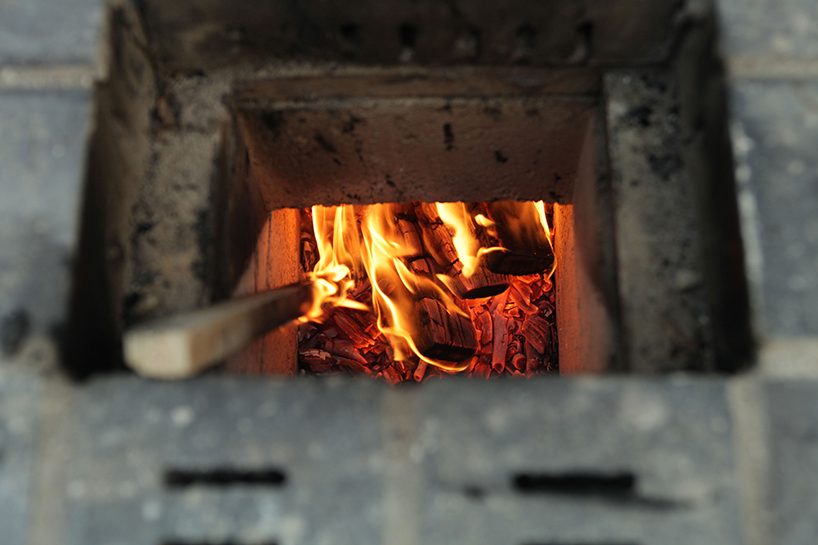 the rocket mass heater is a sustainable system, where low energy consumption is required for a maximum output
image © viviana abelson 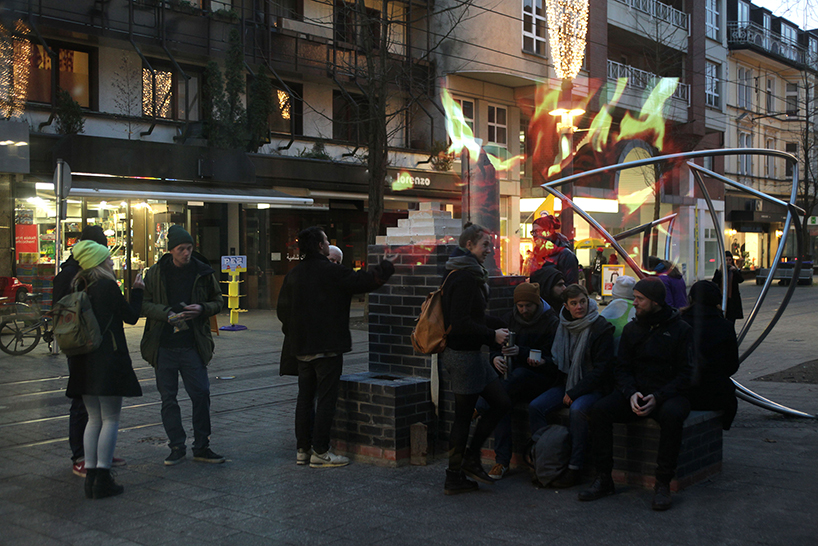 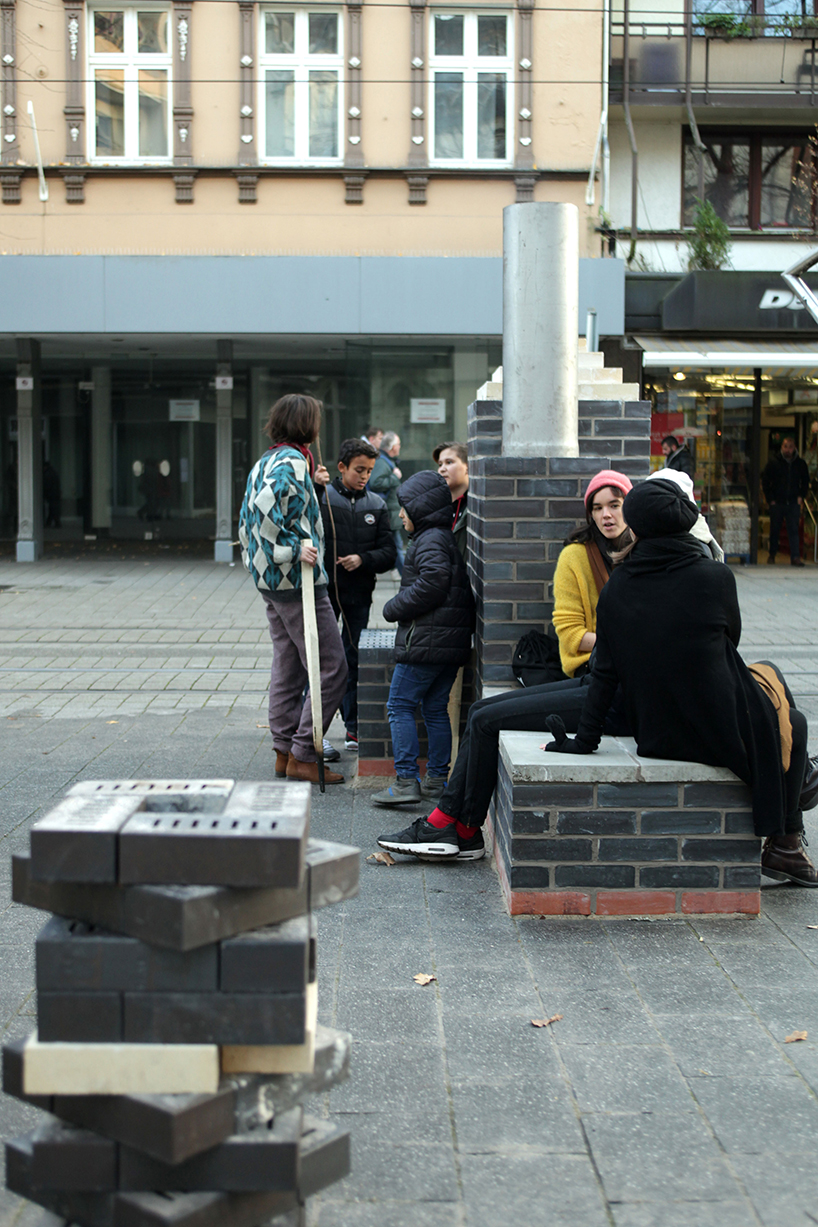 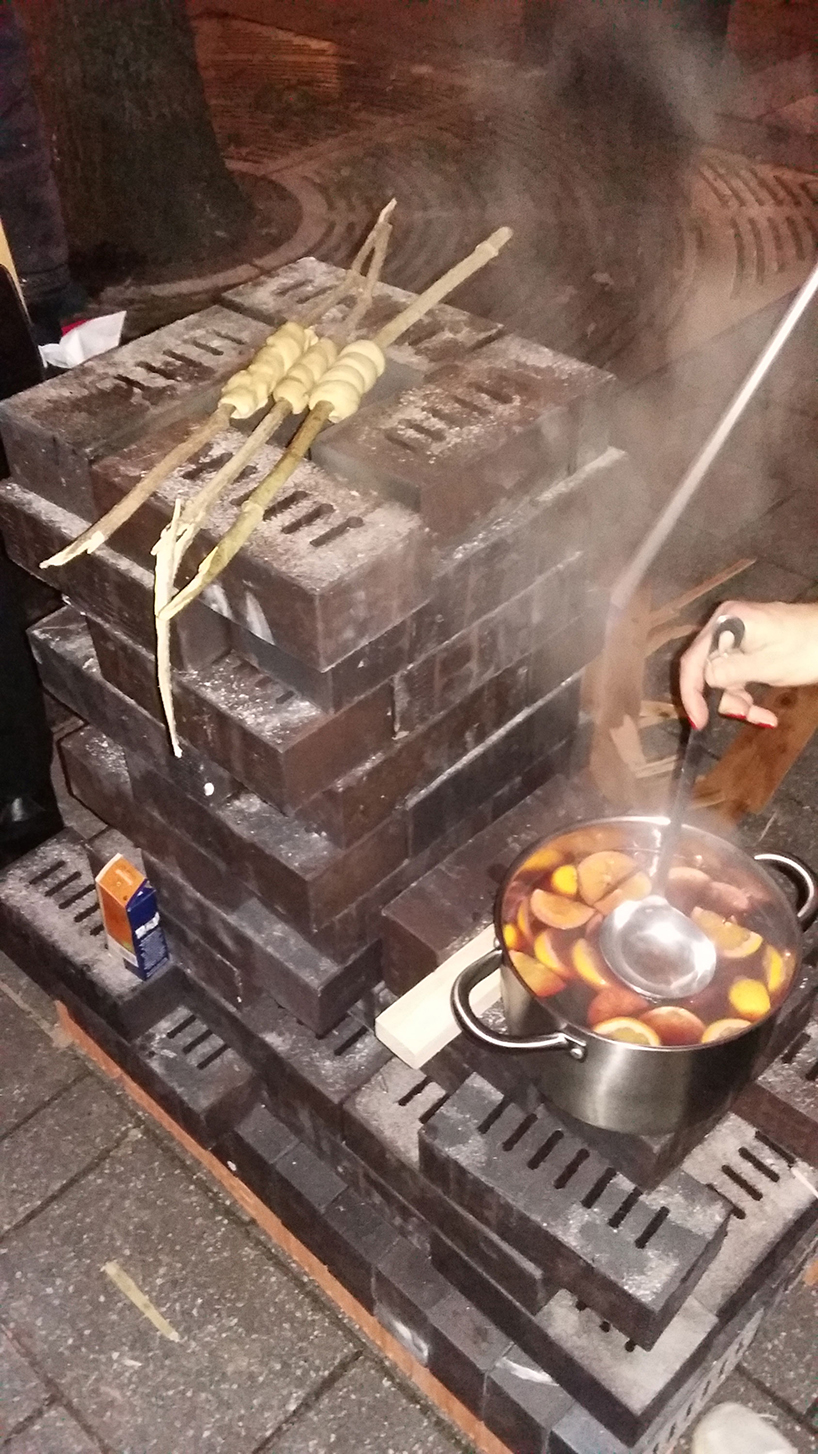 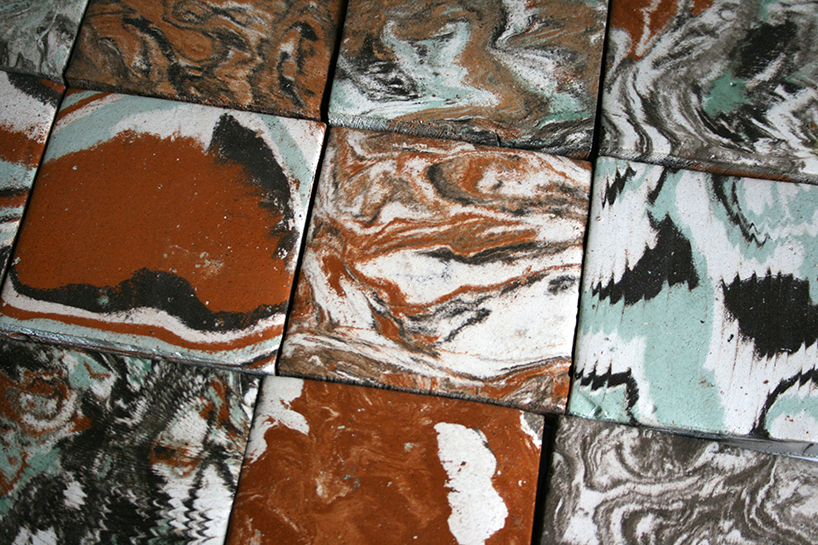 nerikomi tiles cover the surface of the bench