in ‘tempo théorie’, vangarde’s 29-jewel custom ‘calibre v1’ movement is set within a black galvanized steel case. decorated with hand-wrought côtes de genève (damaskeening) patterning, the movement is topped with a layer of gears before the final piece with its exposed aluminum alloy hands and time dial. made in switzerland, the watch features a power reserve of 48 hours.

vangarde notes the attention paid to the design of the hands, which was conceptualized as a kinetic whole showcasing the changing forms created by the intersections of the three needles.

‘the initial line of thought in creating this model was to transform the conventional reading of the time into a performance that conflates the architectural and the poetic. the watch seeks to enter its wearer into a complex equation of the relationship between energy (the mainspring), movement (the rotation of the watch mechanism), and shape (the visual composition of the hands).‘

‘tempo théorie’ is produced in a limited-edition run of 88 numbered copies. 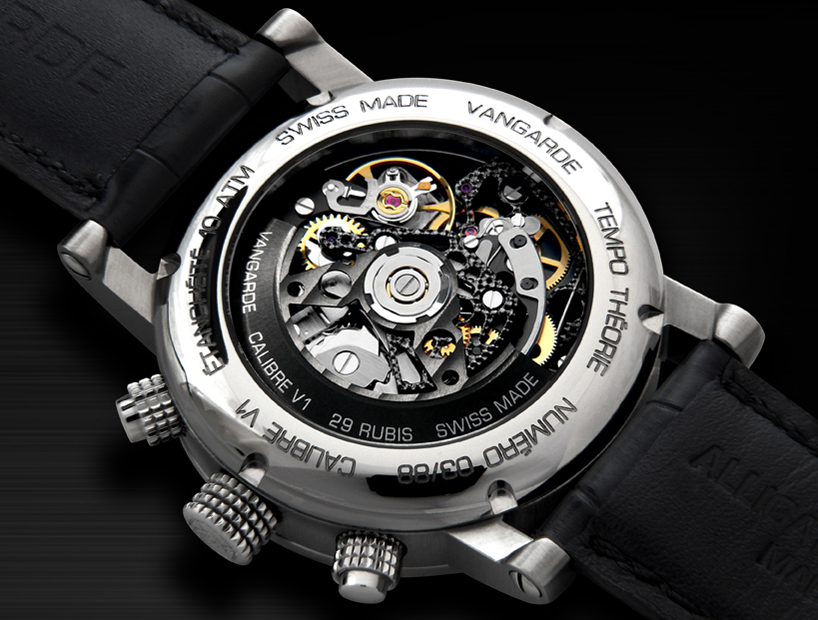 full view of watch movement, without hands or dial 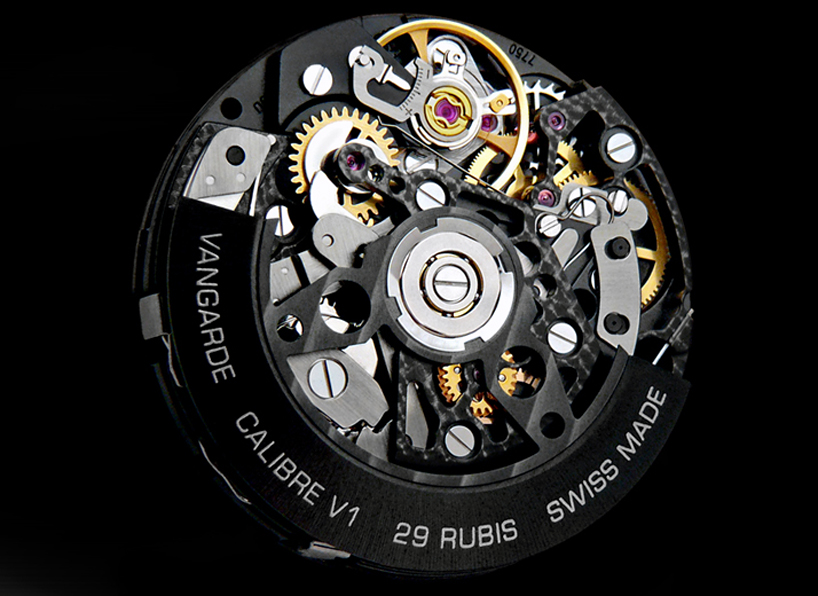 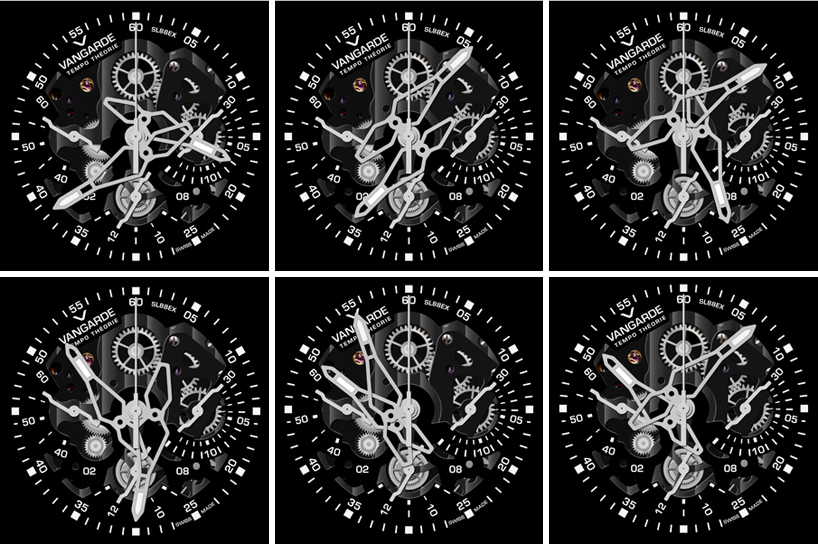 the composition of watch hands during different times 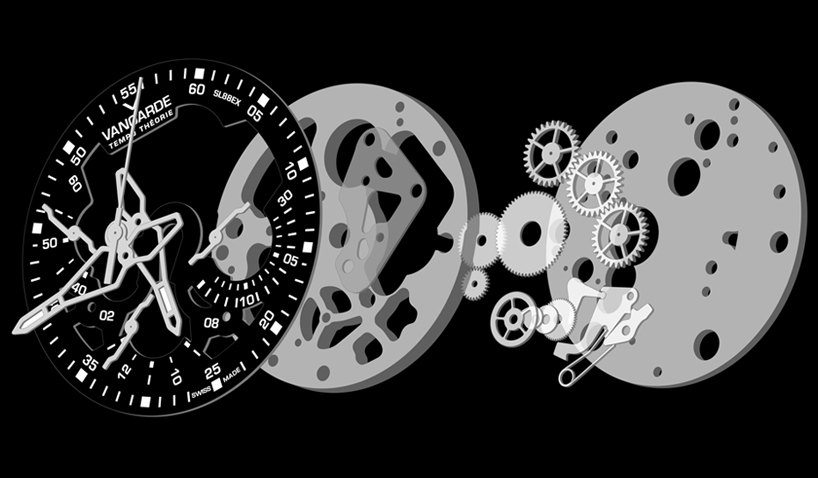 cutaway view of the watch construction

video introduction to the watch