neil denari architects is a los anglese based architecture office with a satellite office in new york. their design ‘vert-eco’ was commissioned by the museum of the city of new york for part of an exhibition on ‘HL23’, one of the studio’s new projects. the installation is a 21 ft. painted aluminium structure that is based on the same form as the east façade of ‘HL23’. the piece is attached to a large base which counterbalances the tall structure, which consists of two perforated sheets of aluminium. the sheets are bent in a way that makes them appear to be blowing in the wind. the size and form of the perforations also create an interplay between  the two pieces, as they finally match up at the peak. like, ‘HL23’ the project worked on idea of minimum footprint with maximum 3expansion. the project was engineered and fabricated by dante martinez / TISI, buenos aires, argentina. 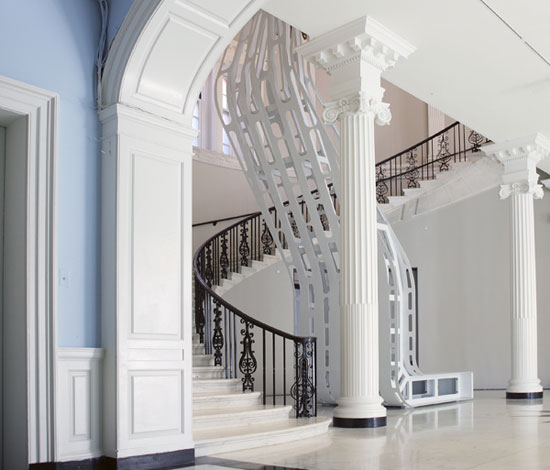 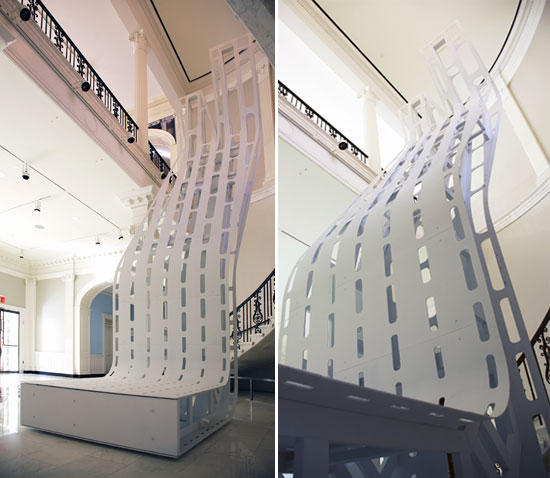 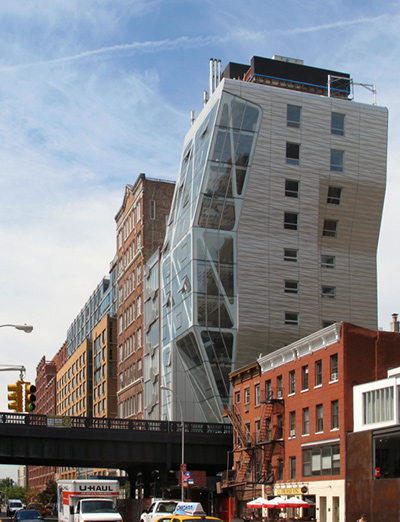