the main bar at this year’s 100% design london, will be designed by viable london. this is their first bar design and the resulting structure marries detail with form and will act as a visual centerpiece for the feature corridor that runs along the length of earls court two.

the bar’s design is influenced from the actual materials it is made from. perspex(a transparent thermoplastic) and aluminum have been combined, defying a conventional rectilinear approach and instead, constructing a framework with a folded hexagonal structure and three-dimensional scale-like paneled surface.

several combinations of this honeycomb-like structure are built from a unibox system of aluminium extrusions and clad in a three-dimensional array of black perspex, stretching 25m in length. upholstered benches will compliment the angles of the bar’s main components, delineating the flow of the long space whilst providing resting areas. 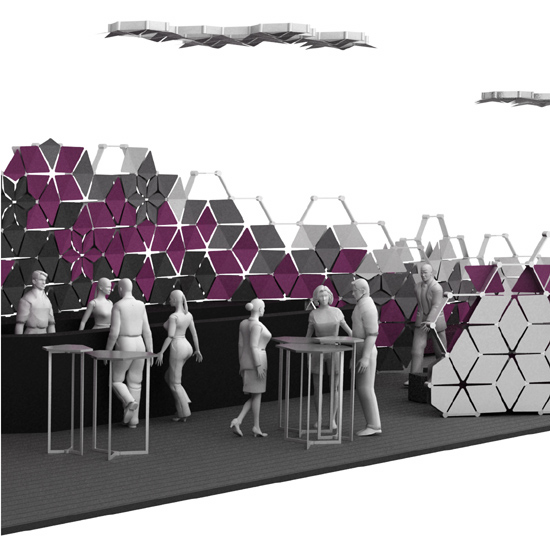 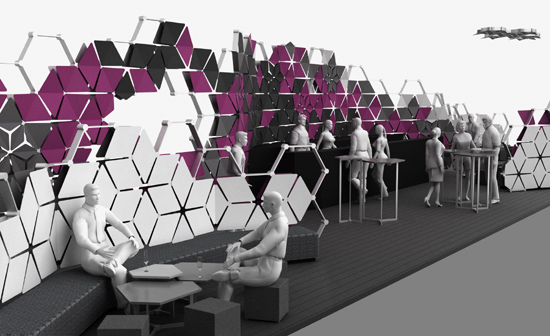 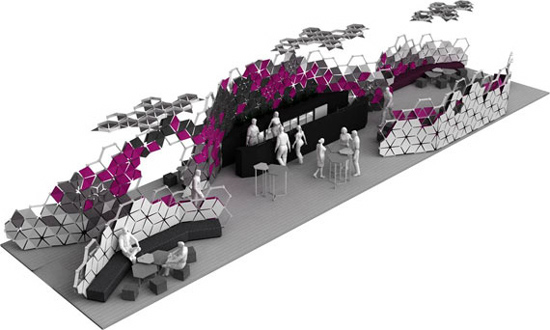 aerial rendering of the bar image courtesy of viable london